The Toyota Tacoma is one of the most commonly used overland vehicles out there with a huge following worldwide. The reason is simple, they just work and require very little if any in the way of custom fabrication. I have owned my Gen 2 Tacoma for five years and have it setup just right, with one exception. I’d prefer bigger tires. Don’t get me wrong, my 33” Falken Wildpeak MTs have always pulled off exactly what I wanted to and in some occasions more than what others thought possible. With the truck hitting 100,000 miles and parts starting to fail due to sheer mileage the opportunity presented itself to go to 35” tires.

We had just returned from Overland Expo and there were several problems that needed addressing. First, we lacked power because of the sheer weight of the truck, and I averaged a mere 10mpg to Phoenix and from Flagstaff. I had known that my best solution to fix this issue was to re-gear it. Then I noticed that one of my CV axle boots burped grease everywhere. It hadn’t failed but with 100,000 miles on the odometer it was time for some preventative maintenance. With re-gearing and new axles on the table it was a no-brainer to just take it one step further and go to the 35” tires as well. 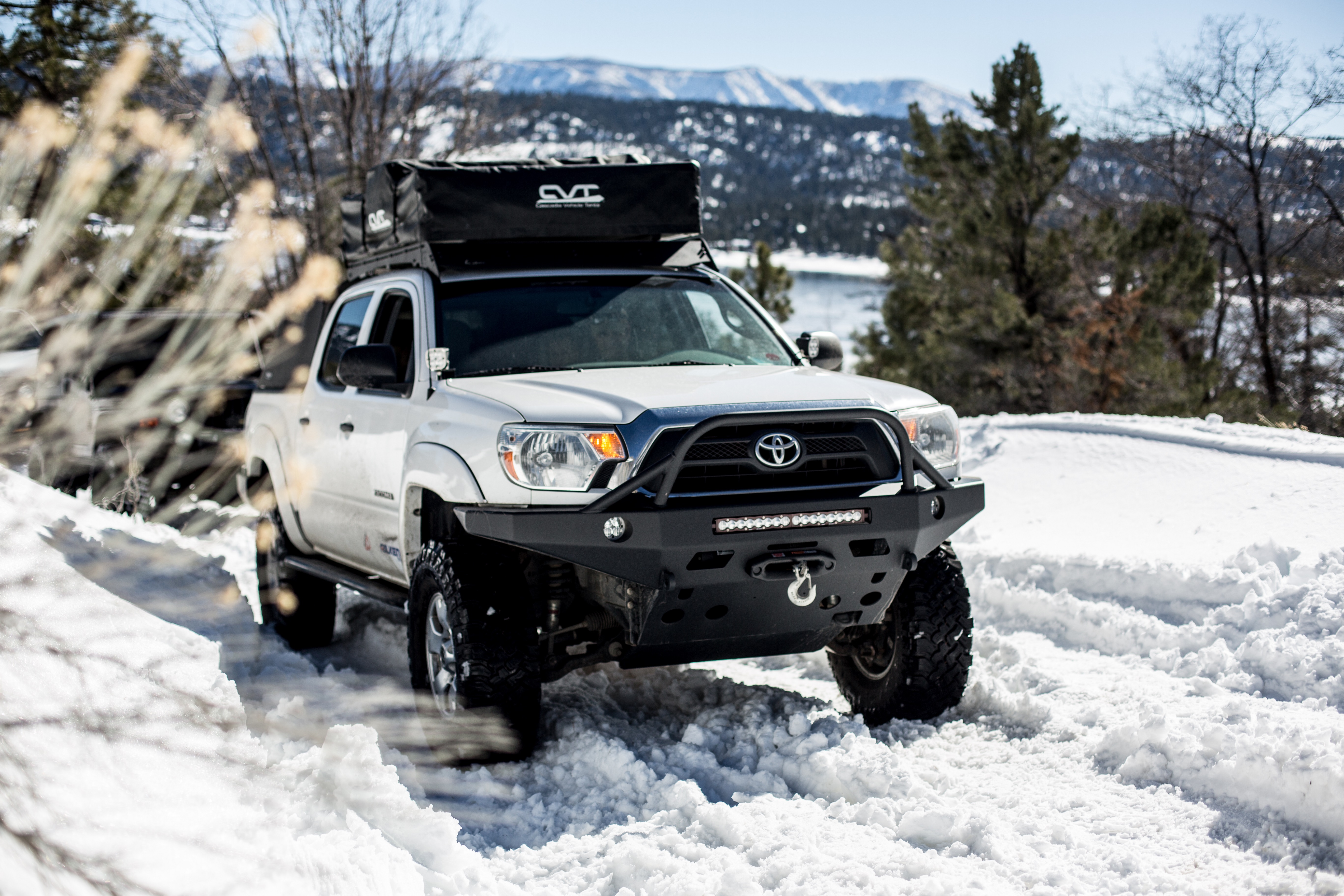 I did what everyone else does when about to tackle a new project, started surfing the internet in search of all the information I could find. Who else has done it, how did they do it, what worked and what didn’t was what I was after. What I found was that there was a lot of information out there, yet almost none of this info was complete or organized. So I decided it was time to pick the brains of the industry professionals I know. Industry professionals like Eric Hansen of Yotamasters and Tyler Pelfrey of Pelfreybilt. The reason I chose these individuals is because Eric is a wheeler through and through and runs one of the best Toyota specific shops I know of. I approached Tyler because he had already done exactly what I wanted to do and is a good friend whose opinion I trust. If Tyler’s done it you can bet every aspect of the situation was heavily researched and done right, he’s just that meticulous.

Eric and I had a good conversation about what gears to go with. I posed the question of re gearing with the truck as is with the possible potential of going to 35 inch tires in the future. Eric described the gears like riding a bicycle. Picture riding the bike where you pedal hard to make power or easy to make the same power and your engine is getting winded, re gearing in essence is going to prolong the life of your drivetrain. I asked if we should do 4.56 or 4.88s from the stock 3.70 gears. I told him I average 70-75 on the freeway and rarely if ever drive over 75mph. He explained that the gearing difference between the two was very minimal and that if I didn’t really drive over 75 then he would recommend the 4.88s, if I was more of a lead foot and wasn’t sure if I was going to 35 inch tires than 4.56s would be better. I opted for the 4.88s. 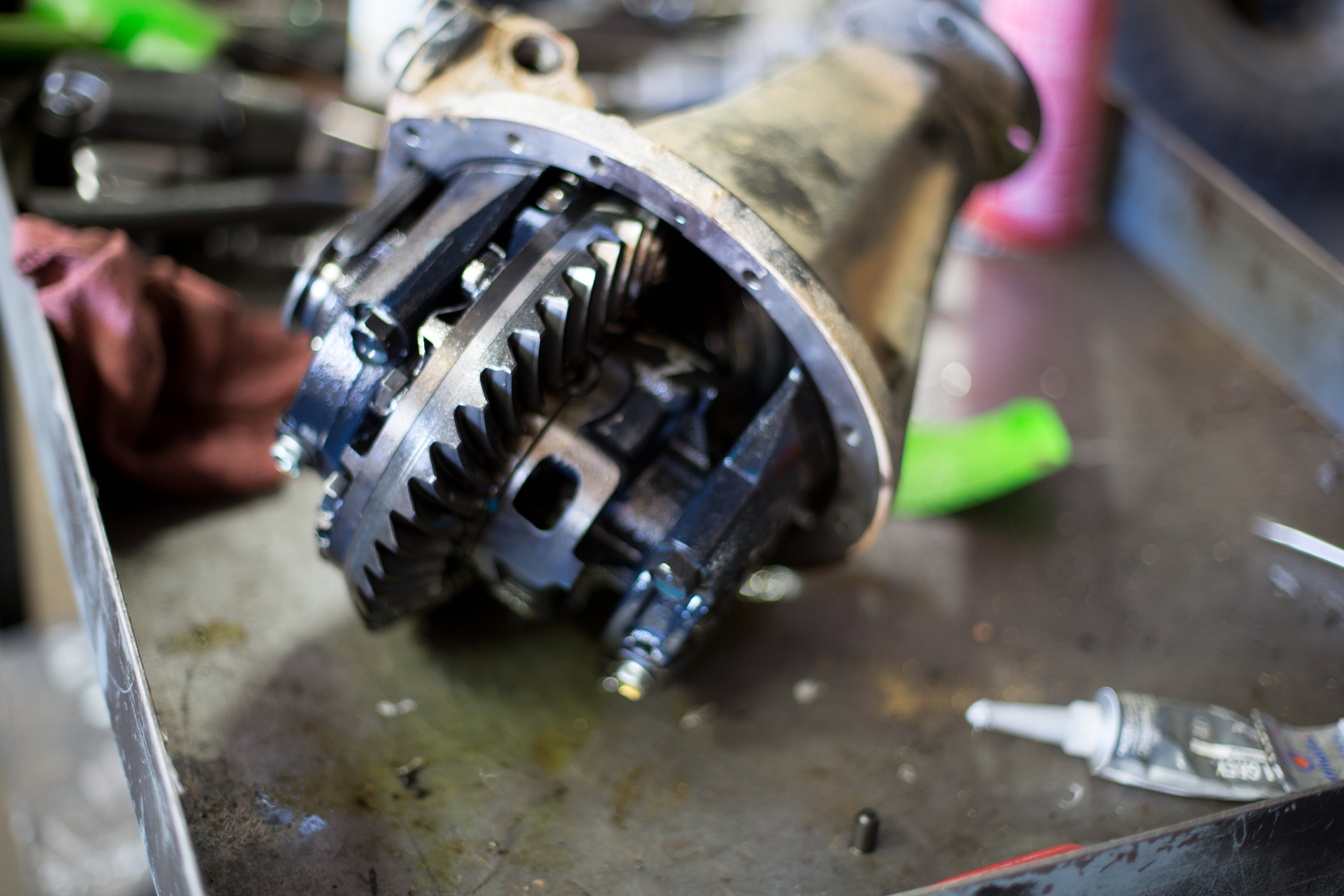 The next phase of the research was what companies parts do I go with? I ended up going to East Coast Gear Supply for their assembled differentials. They had some improvements over the OEM differential setups I wanted plus the idea of just having assembled diffs sent to me and sending my cores right back was extremely appealing. One of the upgrades that East Coast Gear Supply has is a replacement sleeve for the needle bearing in the driver side font clamshell. The needle bearing is known to fail on the Tacoma clamshell, so the upgrade was a must. The process for ordering was simple, I called them up and talked to one of their knowledgeable reps, told them what vehicle I had and answered their questions and viola new diffs were ordered. 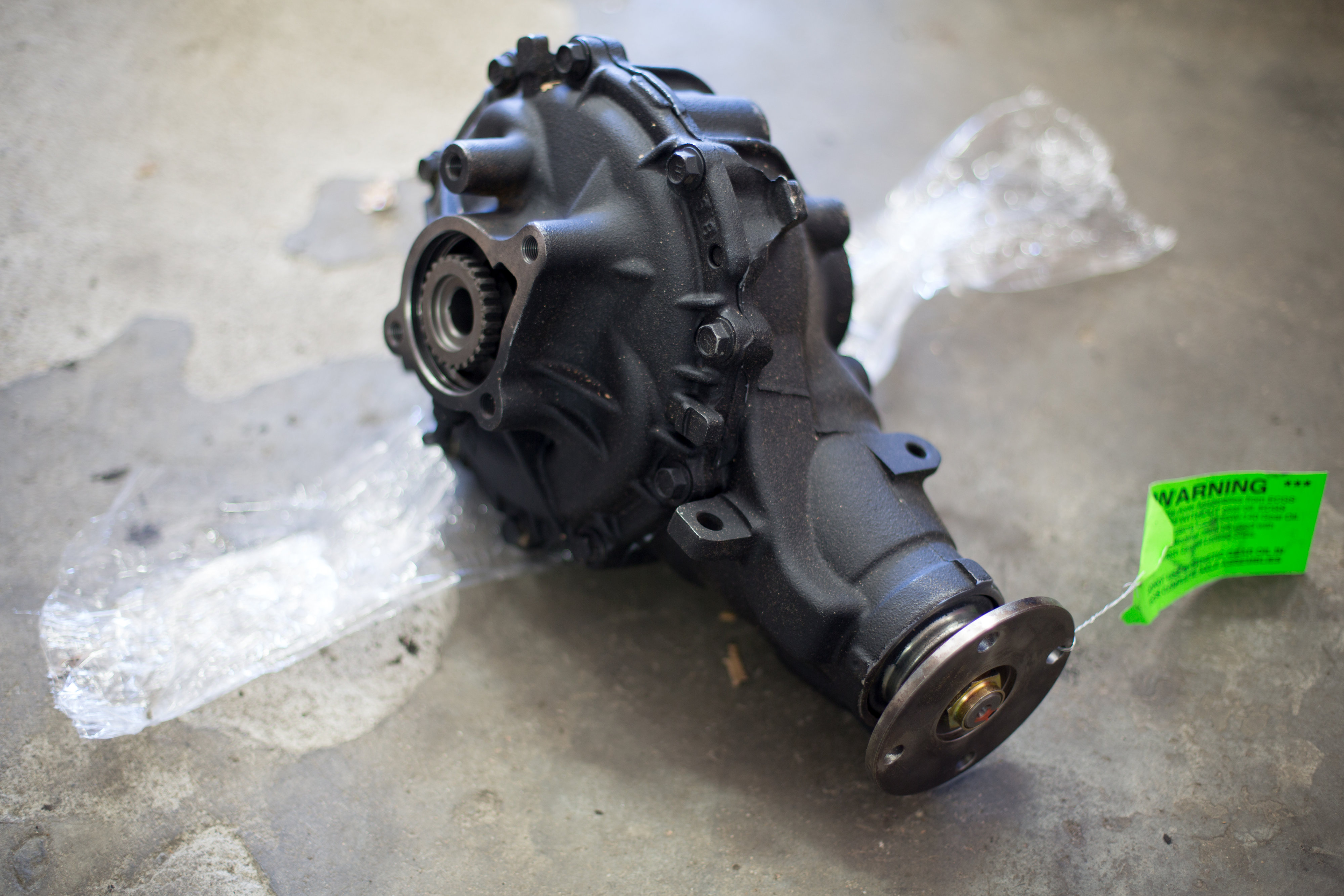 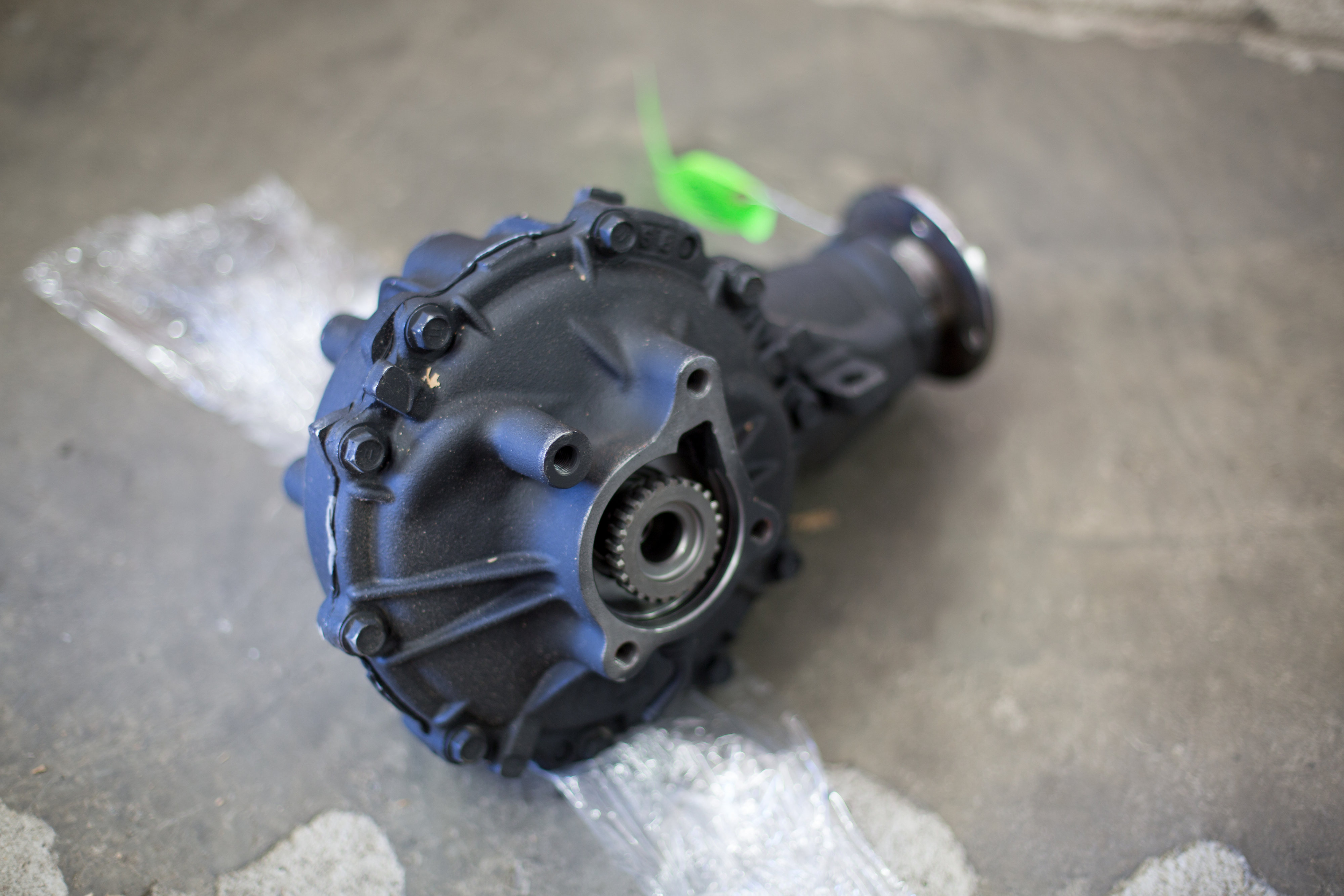 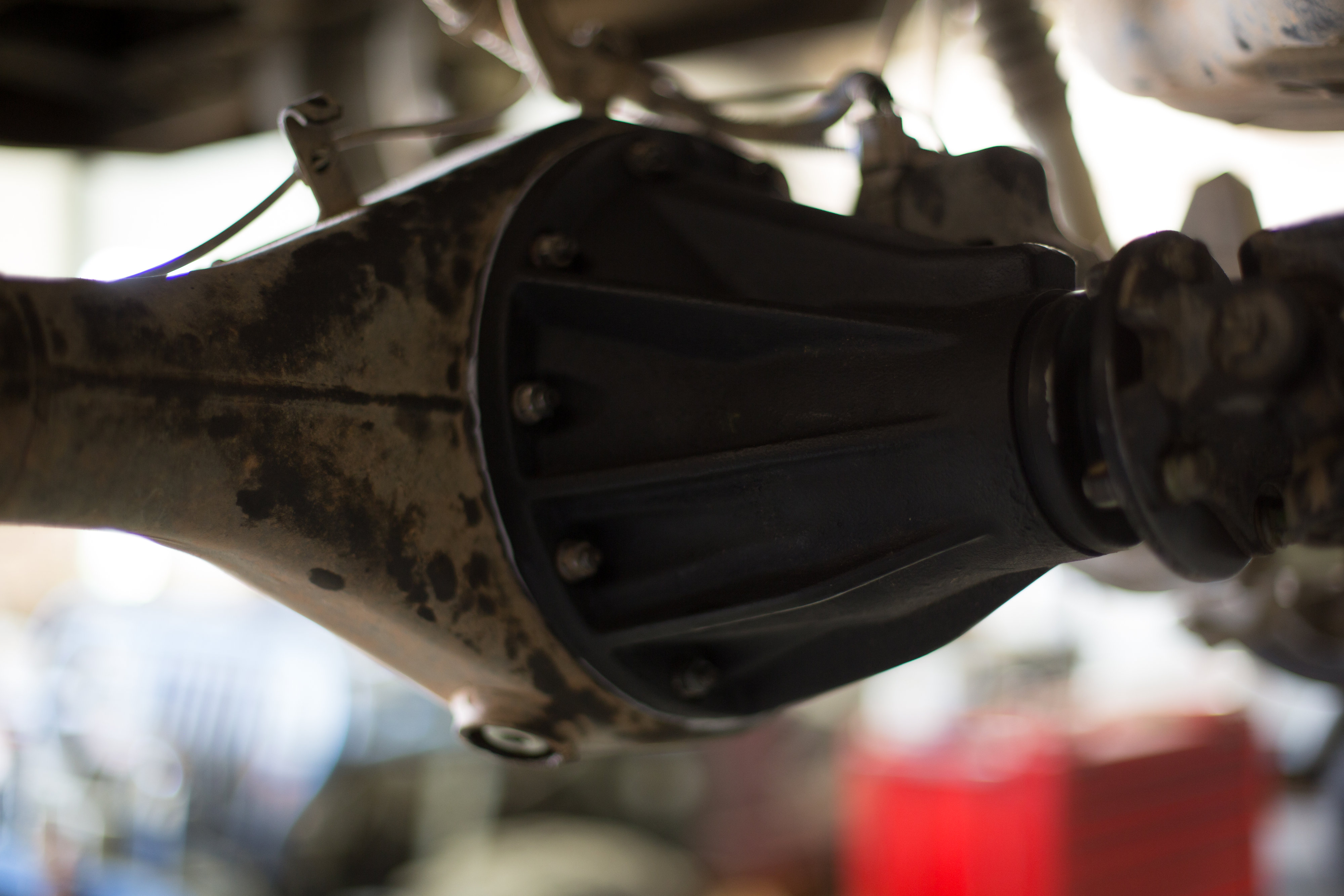 The next item to be ordered were new axles. Most aftermarket axles were not the way to go due to poor quality control. I had great experience with my OEM Toyota CV axles so I wanted to just stick with what was working, that is until I saw the price tag that Toyota was charging. After more googlefu and interwebs reading I found CVJ Axles. They specialized in refurbished OEM Toyota Axles that you could get as stock replacements or with upgrades. I told Stephen at CVJ Axles what I was doing with the truck and he recommended using their high angle boots. 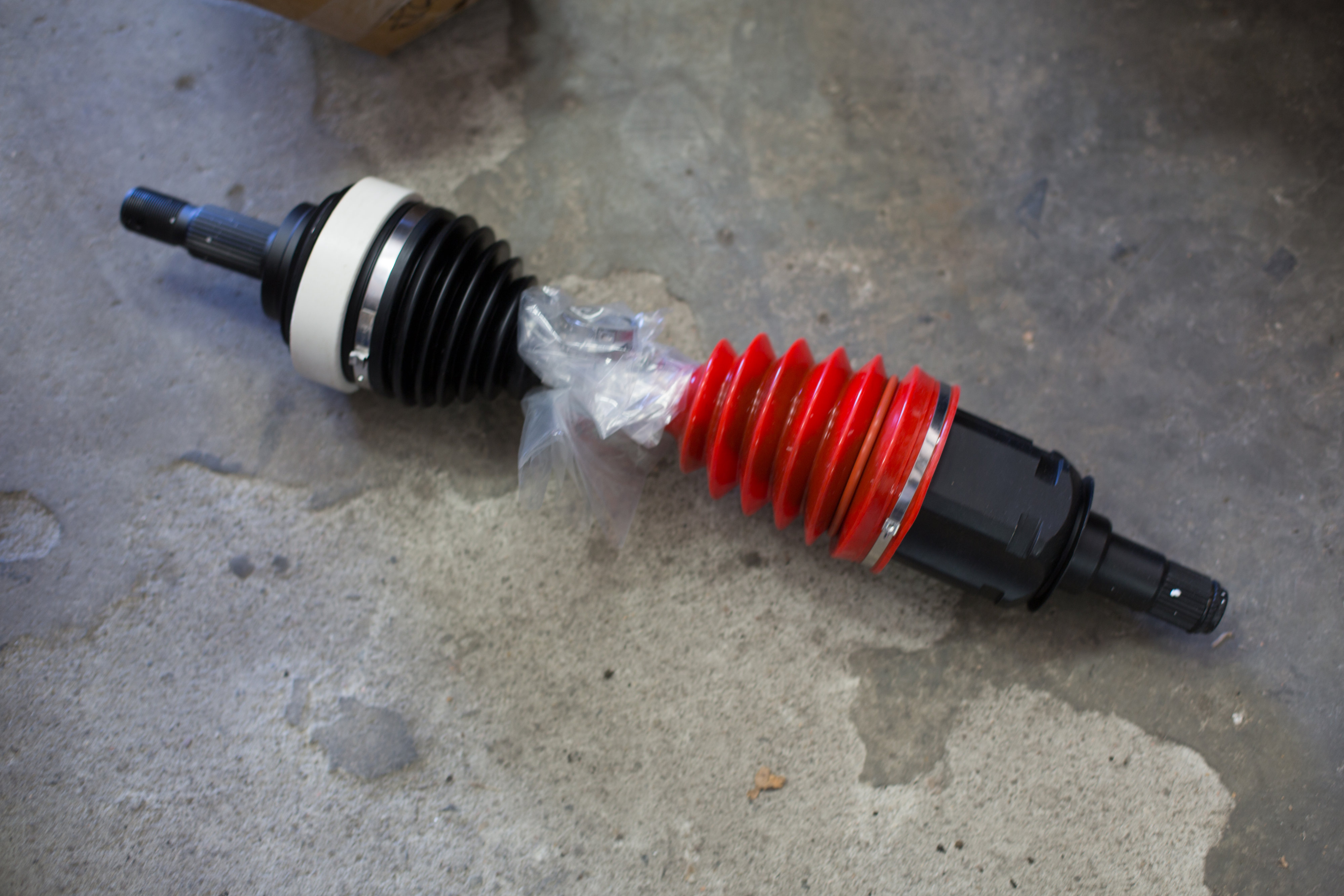 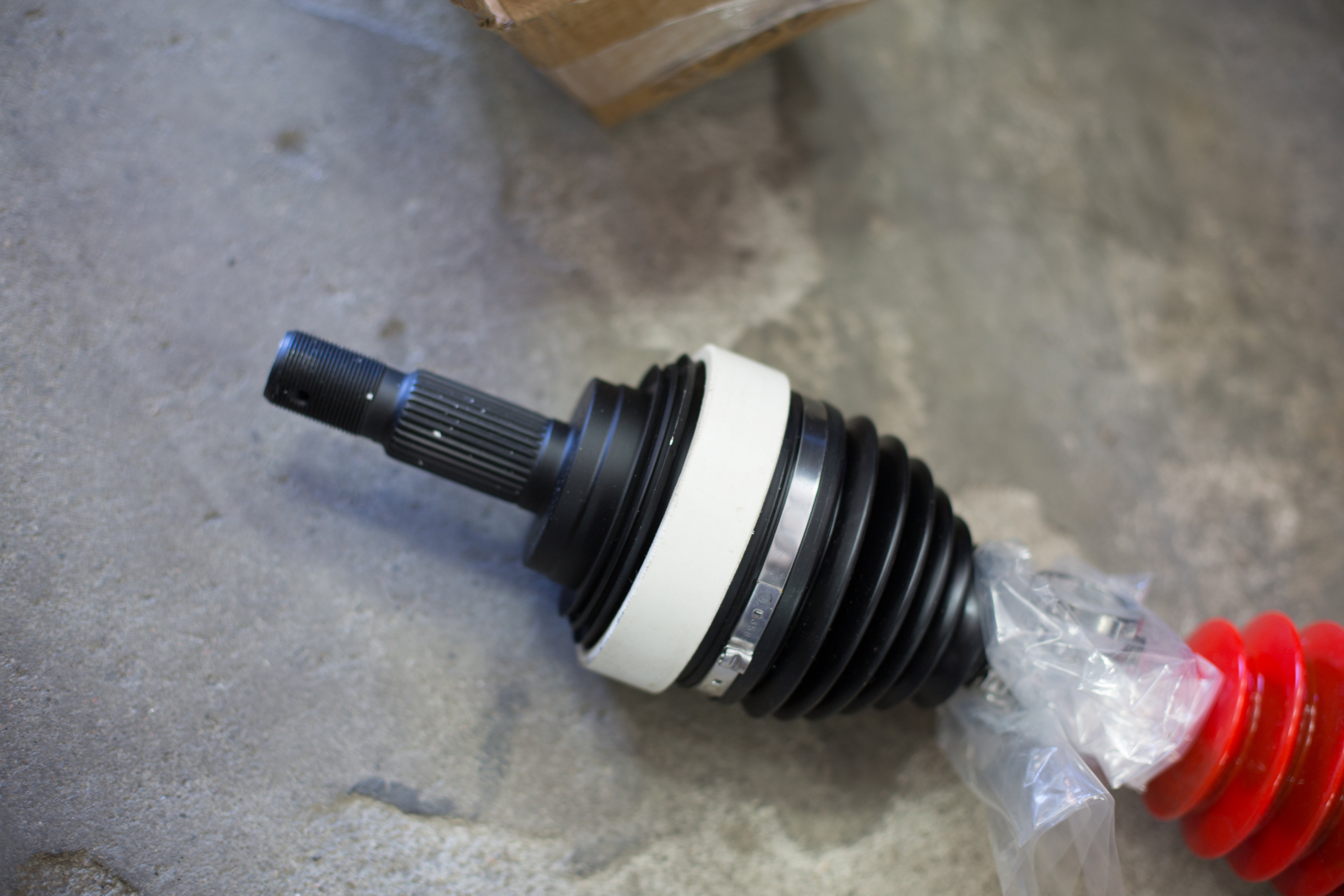 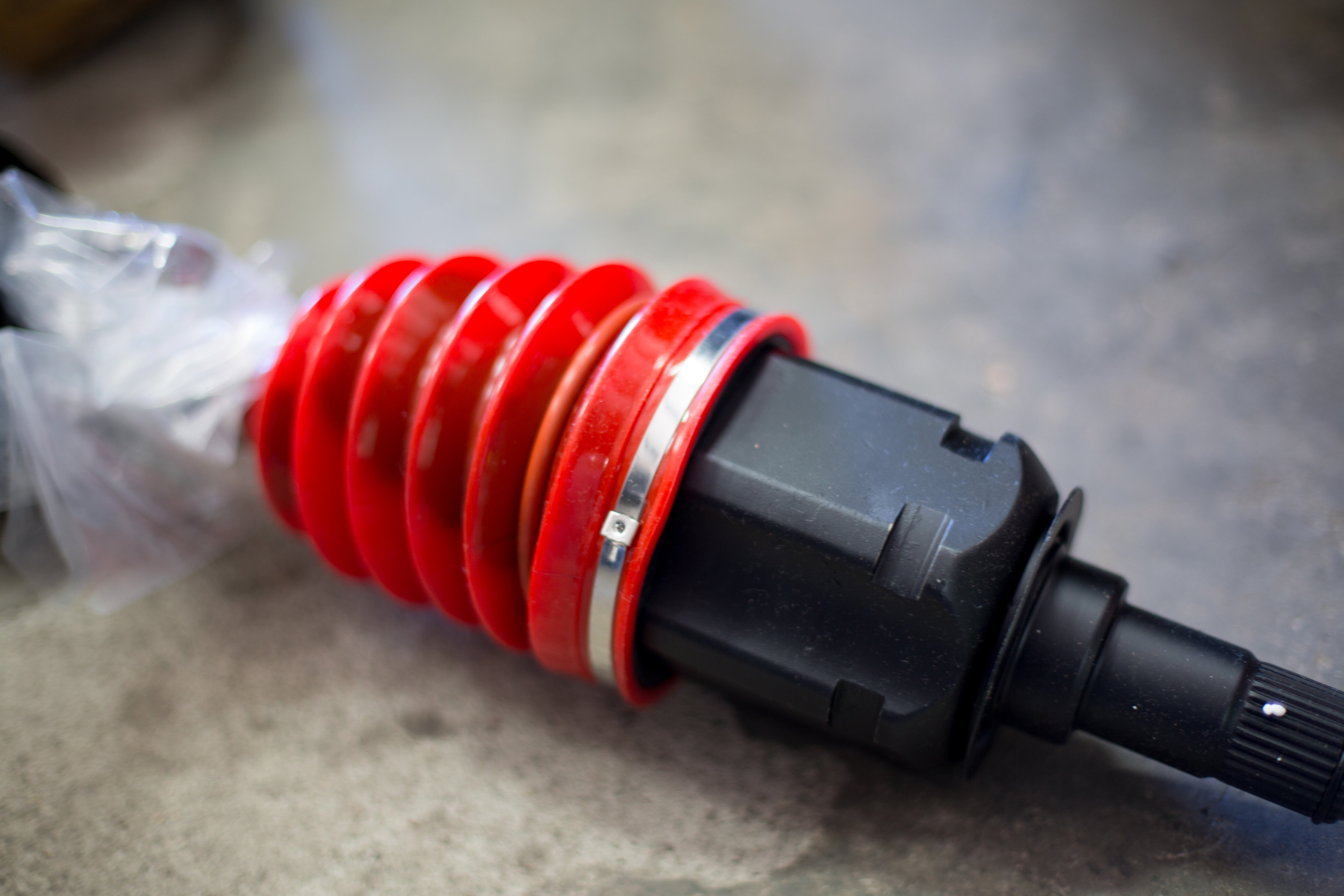 The final step was choosing the tires and what path I would use for clearancing the fenders. I had been running Falken Wildpeak MTs in the 33 (285/75R16) variety for over a year and can honestly say I was blown away by them. I have ran various other brand tires for all kinds of other driving, whether it was desert racing, overlanding or more technical rock work but the Falkens seemed to perform well everywhere to include on road, they where actually quiet for a MT!

I opted to go with the Wildpeak MTs again for the 35” tires (315/75R16) but fitting those big ole meats on the Tacoma would require cutting my fenders first. That was fun! 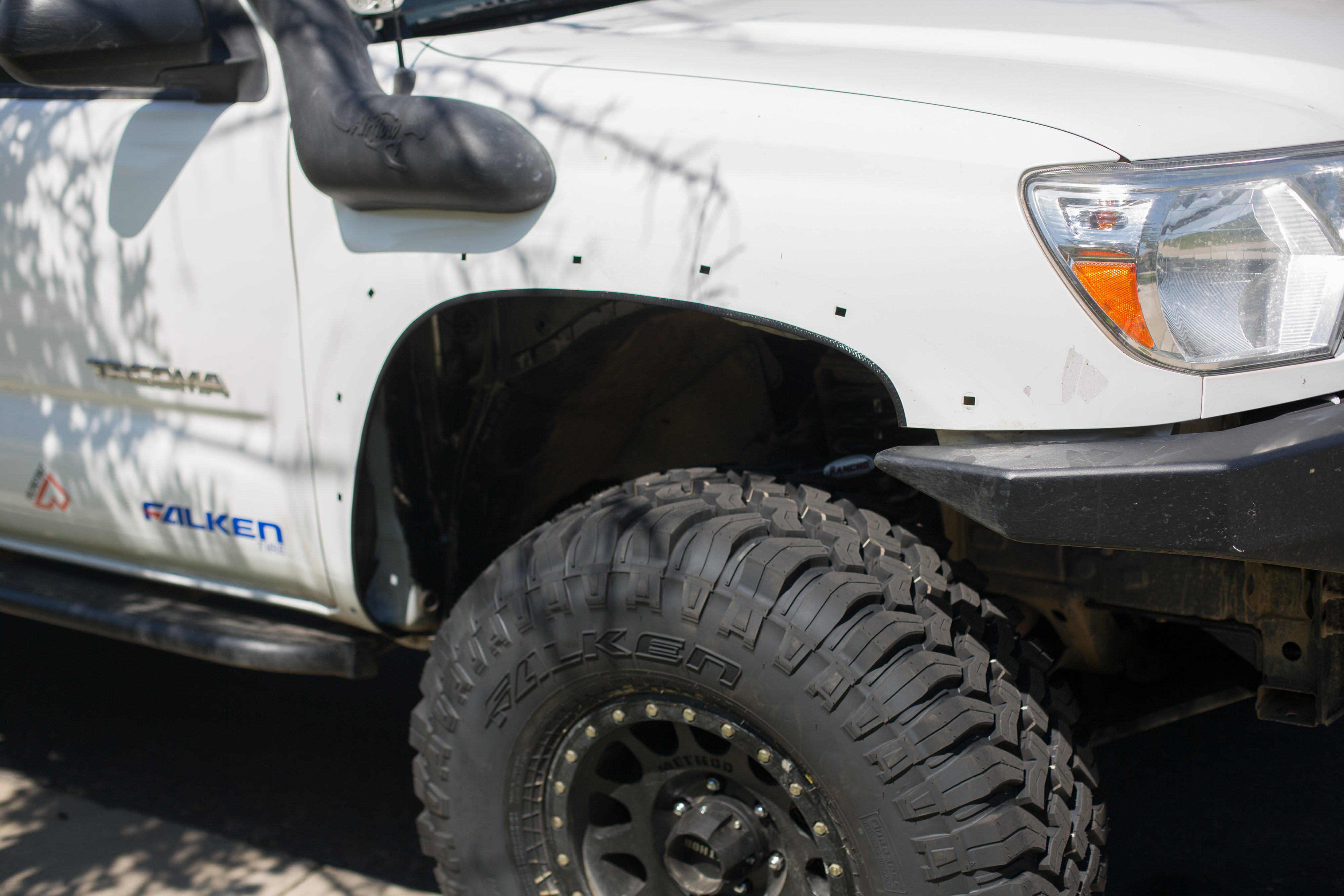 With the fenders neatly trimmed to clear the 35’s, I needed a way to make the truck look good afterwards and that was an easy choice, Bushwacker Fender Flares. 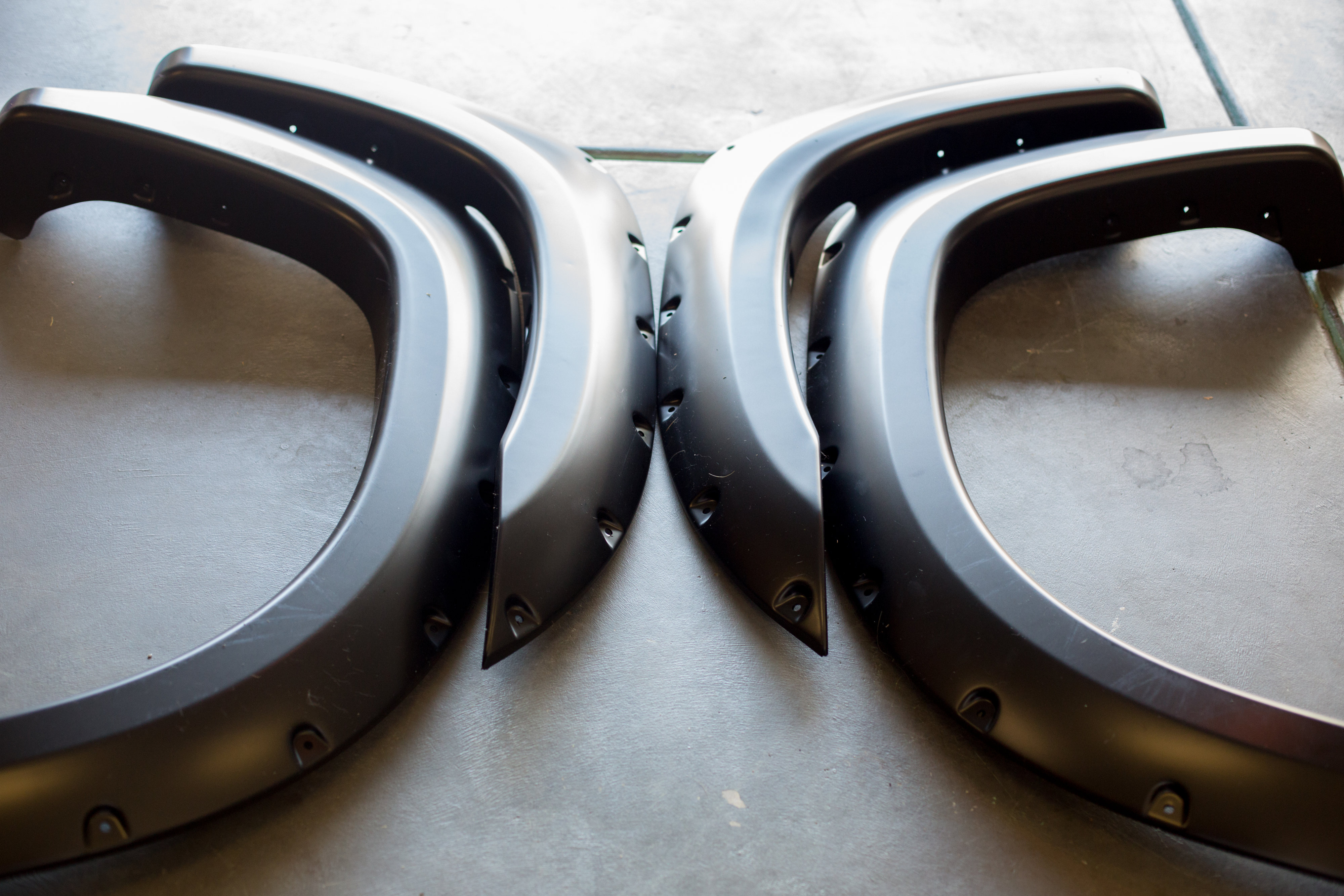 These flares took a while to get all of them on because we were busy actually getting out on trips, but the proof of concept was achieved as it all came together in Colorado on Engineer Pass! 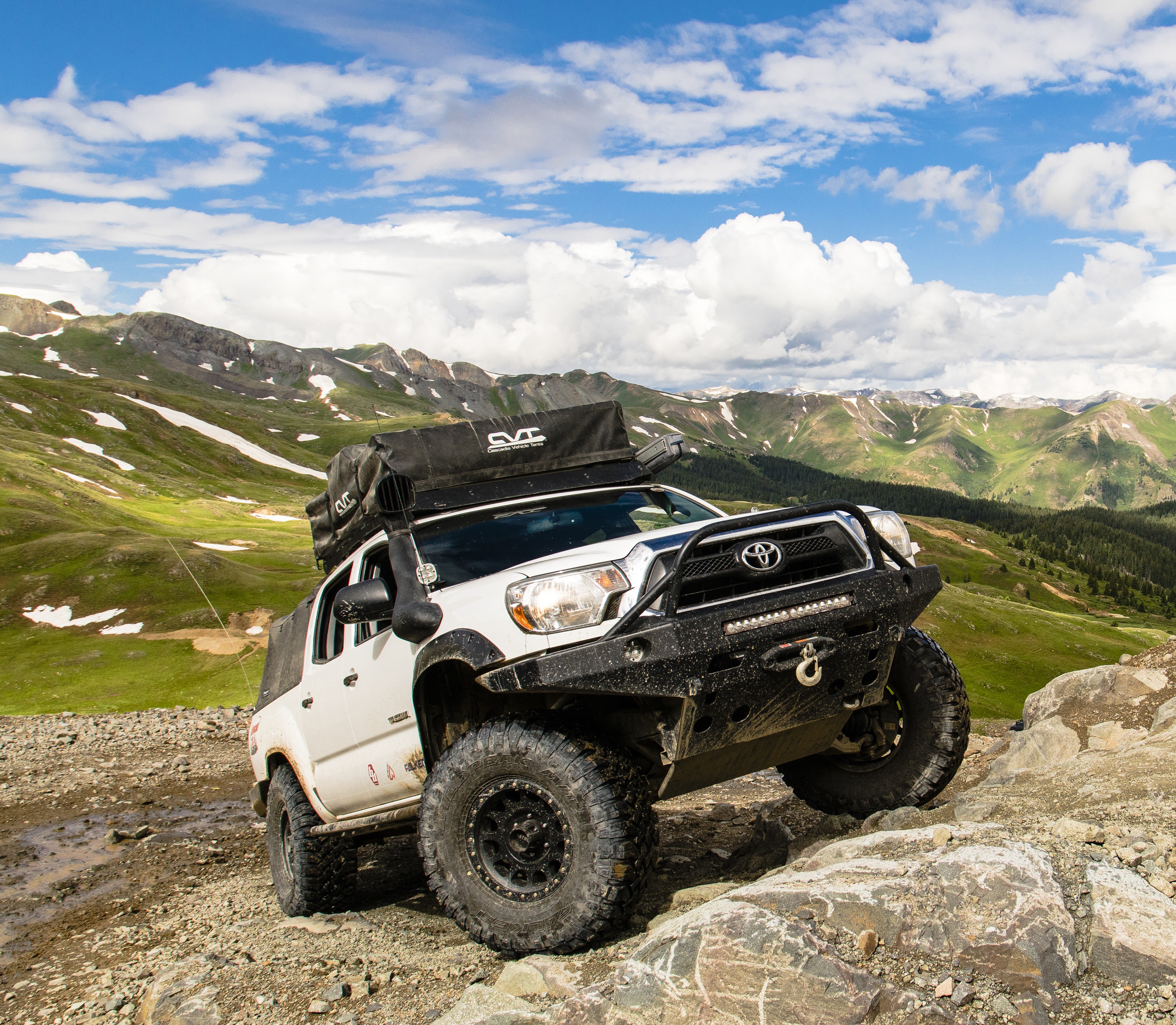 Once all the flares were on it had the fully finished look I was seeking as well as some additional coverage – overall I am very happy with how all of these modifications turned out. 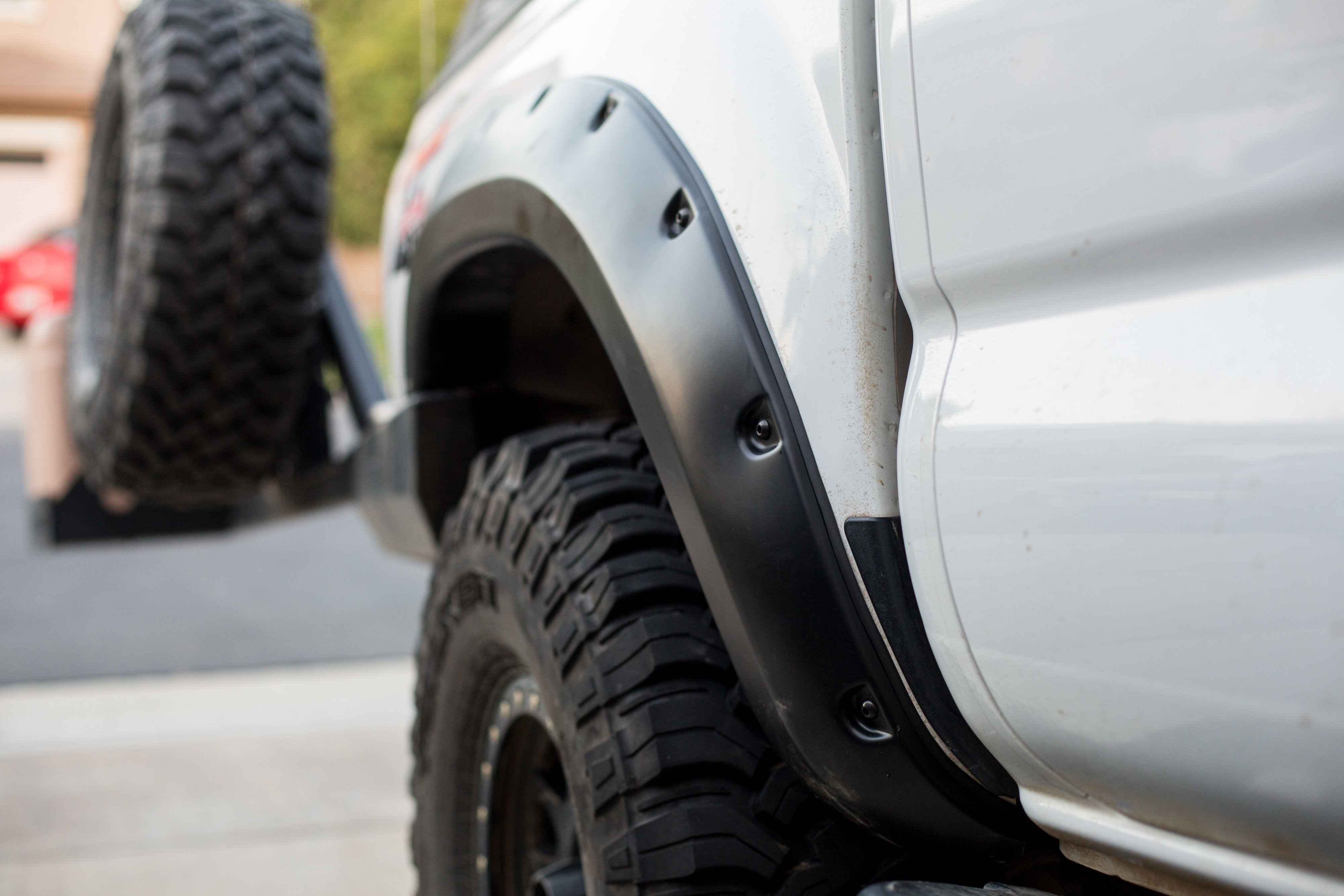 Full build thread on the truck can be found HERE on our Forum at American Adventurist.

Full Disclosure: Tires, flares, gears and CV’s were provided at no or reduced cost to Brett or American Adventurist.
B
brett-cifaldi
Wheeling, hunting, shooting.
An error occured.