Enjoy the ride as we look back at TEN YEARS of Overland Expo! Lodestone Events has entered the game, and 2019 is shaping up to be even bigger than previous years so please stop by and say hi at the American Adventurist booth at site PS1. We’ll have a cold beer ready for you courtesy of Wanderlust Brewing in Flagstaff, bring your cup!

In 2009 at the Yavapai Fairgrounds in Prescott, Arizona, an ambitious group of like minded travelers gathered for something new. Something called Overland Expo.

Before 2009, roof top tents, 4WD vans, off-road campers, Glamping, Overlanding, all of it was virtually unknown in North America. Yes, some of the gear was around, and car camping was hardly a new thing, but Yakima didn’t sell awnings yet, and Walmart wasn’t dabbling in 12 volt fridge/freezers. It was more of a “you need to know a guy” to get a roof top tent or 12 volt fridge back then.

Overland style gear and builds were quite rare in the mid to late 2000’s, and gathering them all in one place was unheard of. Even more exotic were the tales some of these people told, with many miles traveled by 4WD in Africa, Australia and other distant lands. 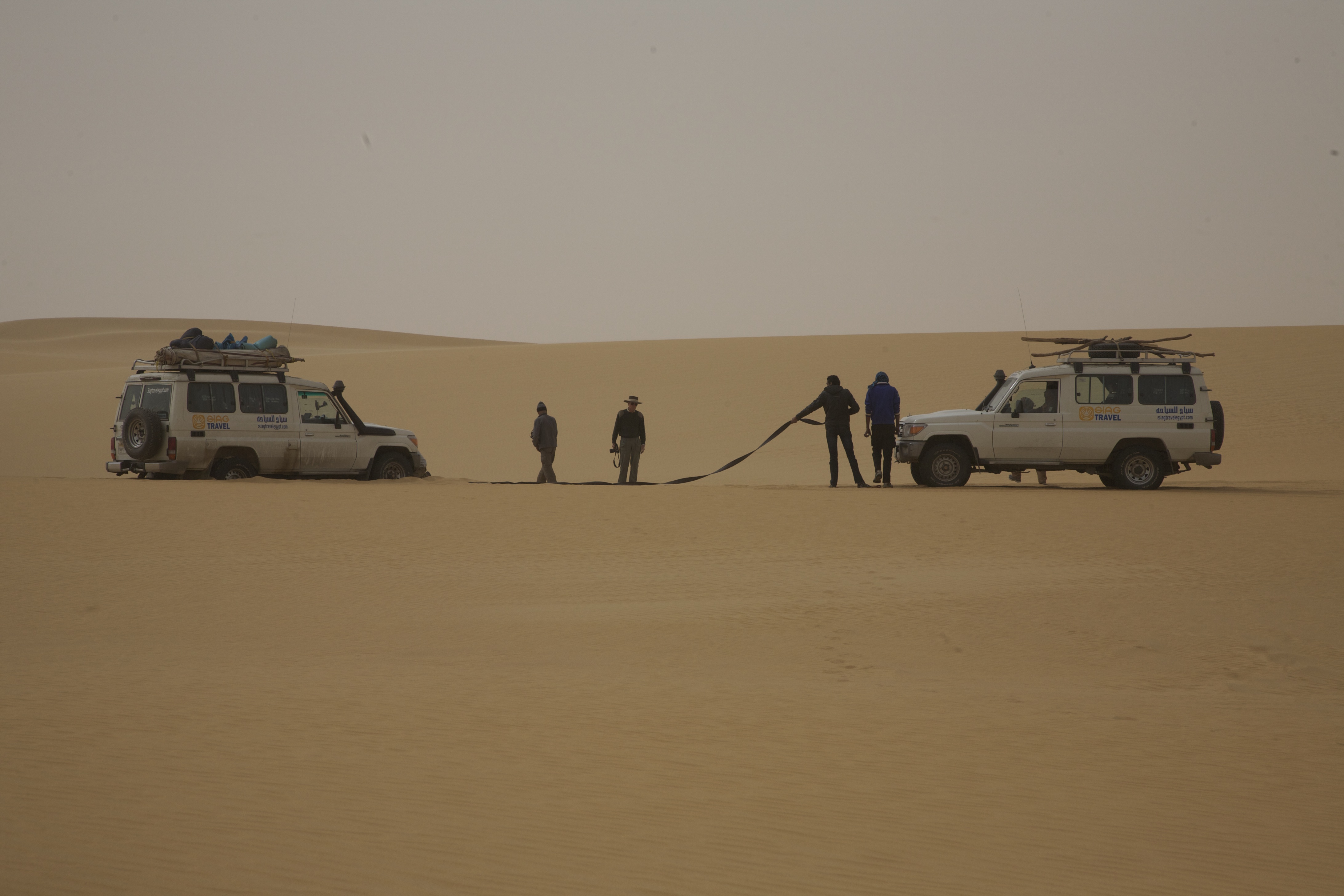 Organized and led by Jonathan and Roseann Hanson, that first Overland Expo was the catalyst for the Overland mania that is now mainstream. Today, this event draws top automakers, hundreds of outstanding companies, and tens of thousands of eager enthusiasts.  Few dared to imagine back then that it would have grown to be the largest event of it’s kind in the Western Hemisphere, fueling a global, multi-million dollar Overland Industry.

Mark Twain said ““Travel is fatal to prejudice, bigotry, and narrow-mindedness, and many of our people need it sorely on these accounts. Broad, wholesome, charitable views of men and things cannot be acquired by vegetating in one little corner of the earth all one’s lifetime.” I think if Mark Twain were here today he would be proud of the community that grew up around Overland Expo.

I still remember their second Overland Expo in 2010 at the Amado Territory Ranch in Arizona like it was yesterday. The entire Overland thing was still in it’s infancy and it was there that I met Jerry from Tembo Tusk, before anyone ever heard of a skottle. It was in Amado that I contracted the Snow Peak virus, a mishap that cost me more than a few dollars in “must have” glamping equipment over the next decade.

I shared midnight tequila with the late Al Walter and company in Amado, remembering favorite Baja trips while Al regaled us with his vast knowledge of obscure places and desert history. It was at Overland Expo that I got to hang out with people like Chris Marzonie, the Baja Taco himself. I had a beer with Scott Brady from Expedition Portal, and partied with the likes of Mario Donovan from Adventure Trailers and Paul May from Equipt before they were Overland Rock Stars.

All the coolest people were there, and it was there that I realized I wasn’t that weird, and I found many others just like me, eager to follow the paths less traveled while exploring the most remote places in the world.

Overland Expo was also my first look at many, many exotic 4WD’s and top-shelf vehicle builds. As a career military guy, “vehicle dependent expeditions” were nothing new to me but this new Overland thing was very, very different. I learned that I could eat well in the field, have hot coffee and cold beer, and above all I didn’t have to sleep on the ground unless I chose to. It was even possible to have a hot shower in camp.

So many things that I loved were blending together in one place: travel, 4WD’s, camping, cooking, training, gear, motorcycles, and the stories these activities produced. The Expo was blurring all the lines and I was all in.

More than just a trade show, the Hanson’s brought in concepts like education, hands-on training, environmental responsibility, community service, and film festivals making the event greater than the sum of it’s parts. Above all, I was fascinated by the quality of people that I met at the Expo, and I left that event personally inspired to become better educated and better traveled. This all came at a time in my life when I was suffering from some combat related survivor’s guilt as well as recovering from my own deployment injuries and really needed “something” to focus my own surplus energy on.

Attending that Overland Expo in Amado inspired me to found American Adventurist, and I started organizing my own Desert and Mountain Rendezvous events that same year.

Thank you Jonathan and Roseann for inspiring us.

I am unaware of any other events that have inspired such a fast growing, diverse, and dedicated following as Overland Expo.

Looking back now on 10 years of events we have nothing but good memories – Underwater Expo, Snowverland Expo and Mudderland Expo included. For those of you who were there well… if you know, you know!

Challenging weather, the tyrannies of time and distance to travel to these events, in our experience it was all worth it to attend these grand family reunions. The one family reunion that you don’t have to dread going to each year. Where else in the world can you learn so much, see so much, and do so much in one weekend?

So what did we learn along the way at Overland Expo? Too much to list really, but here’s a few salient points that may be of help to anyone attending for their first time:

Today, the Hanson’s have handed over the keys, and Overland Expo West 2019 marks the first year with Lodestone Events at the helm. We’re confident that it’s in good hands, and we look forward to seeing what they do to take it to the next level. With well over 10,000 like-minded enthusiasts headed to Overland Expo West, it’s guaranteed to be a show for the record books. Again.

So stop by and have a beer with us at Overland Expo West 2019 courtesy of Wanderlust Brewing in Flagstaff. Grab some swag from us, trade some patches, grab a raffle ticket to win a set of Falken Wildpeak tires at 3pm on Saturday, we’d love to hear your story and how this community of interest impacts YOU.

See you out there! 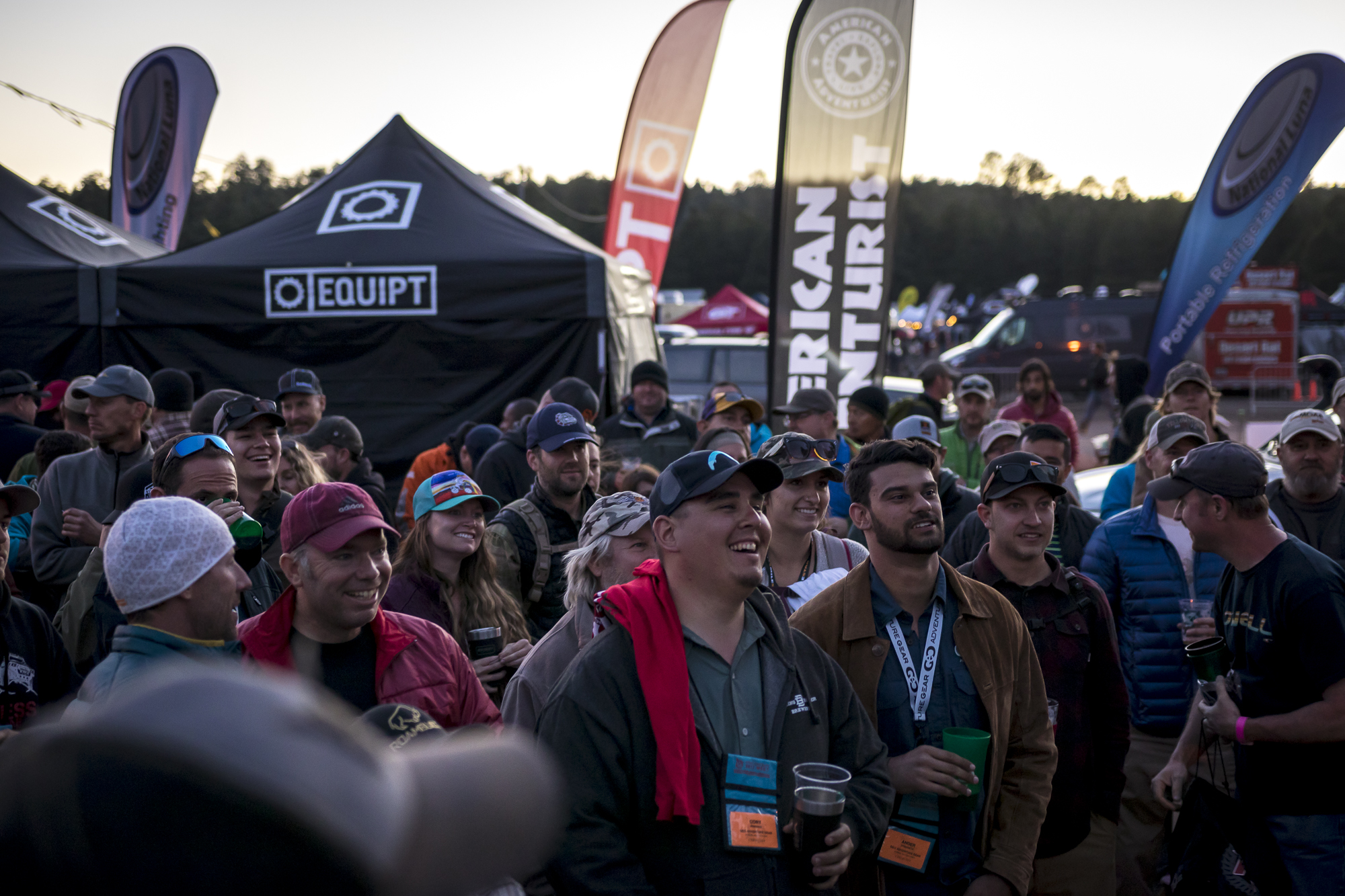 Event photos used with the express permission of Overland Expo and Exploring Overland.