Sadly, as covered in my previous article, Locked Gates Ahead, we continue to lose access to our public lands across America. This is in part because of an ongoing drum beat by well funded special interest groups who seek to control access to public lands. Our ancestors fought for these lands and our rights, and today those rights are in jeopardy. Once public access is denied it seldom returns.

Clearly, our rights come with responsibilities. If we’re truly honest here, one of the biggest reasons we’re seeing closures is because of people. Hordes of people descending on places and trashing them with no regard for the rights of others, or their long term impacts. Some of our best places are being loved to death, and we need to do a better job as human beings to respect the resource and each other.

And while it’s easy to lay all the blame at the feet of agencies like State Parks, BLM, NPS, etc it’s not all about them, there’s millions of us using the land and we need to do our part. That’s a fact, and it’s a part of the bigger picture here that cannot be ignored moving forward. 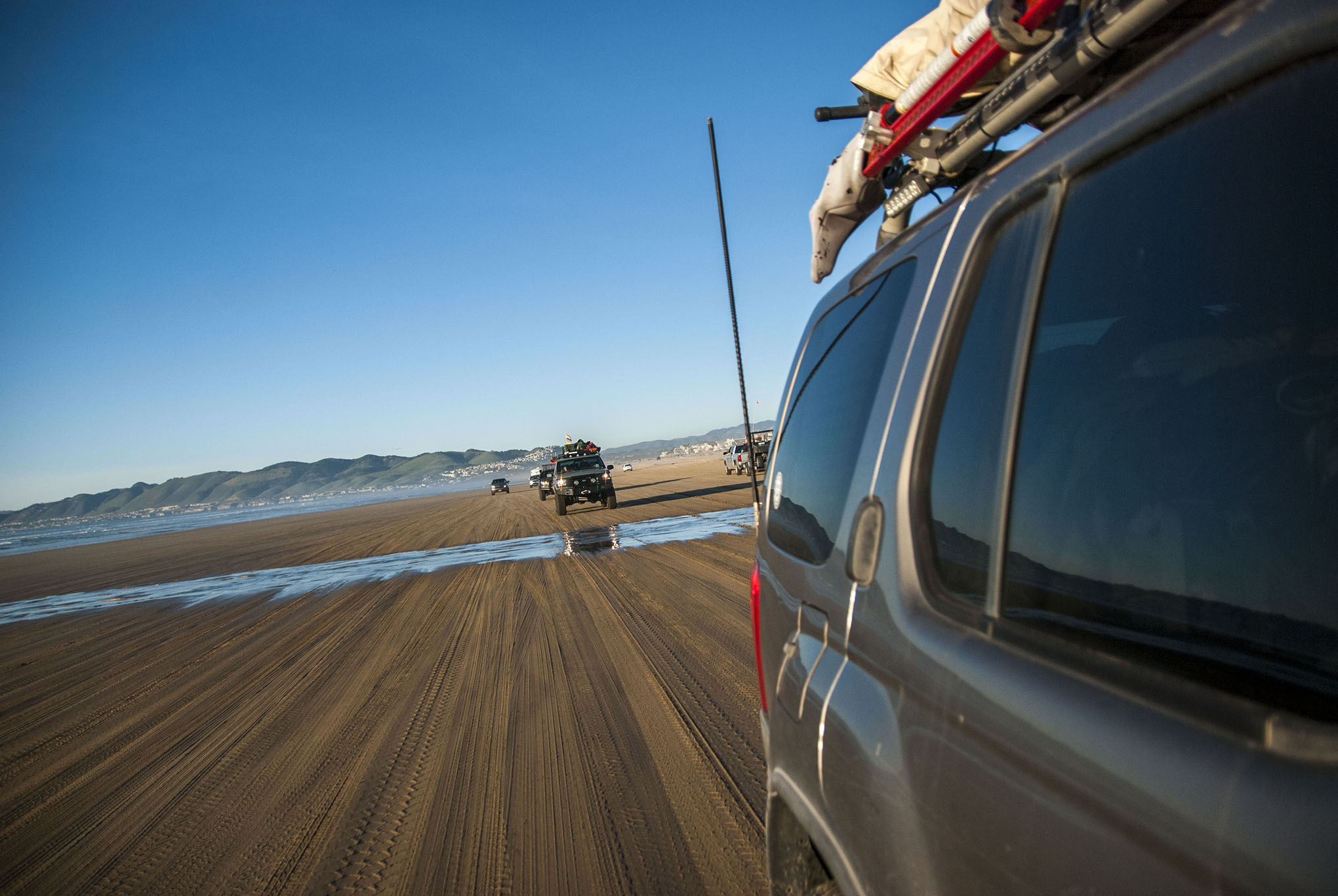 Recently in California, a devastating blow was delivered to the Oceano Dunes State Vehicle Recreation Area (SVRA) and the off road community in general. The local Air Pollution Control District (APCD), a relative of the infamous California Air Resources Board aka CARB, held a hearing to decide the fate of the SVRA. In case you don’t know, the APCD is a “quasi-judicial body with power to decide on matters of conflict between the Air District and industry,” according to the APCD’s website.

The APCD Hearing Board has five members, including an attorney, an engineer, a medical professional, and two public members. Despite all of the testimony by citizens keen on keeping the dunes open for recreation, these five members voted for an immediate closure of 50 acres of “foredunes” (the beach camping area) at Oceano Dunes SVRA aka Pismo, effective January 1, 2020.

This means the citizens of California just lost 50% of the current area in Pismo for beach camping resulting in half as many camping permits at the SVRA. This also equates to a loss of 50% or more of the yearly revenue for local businesses. 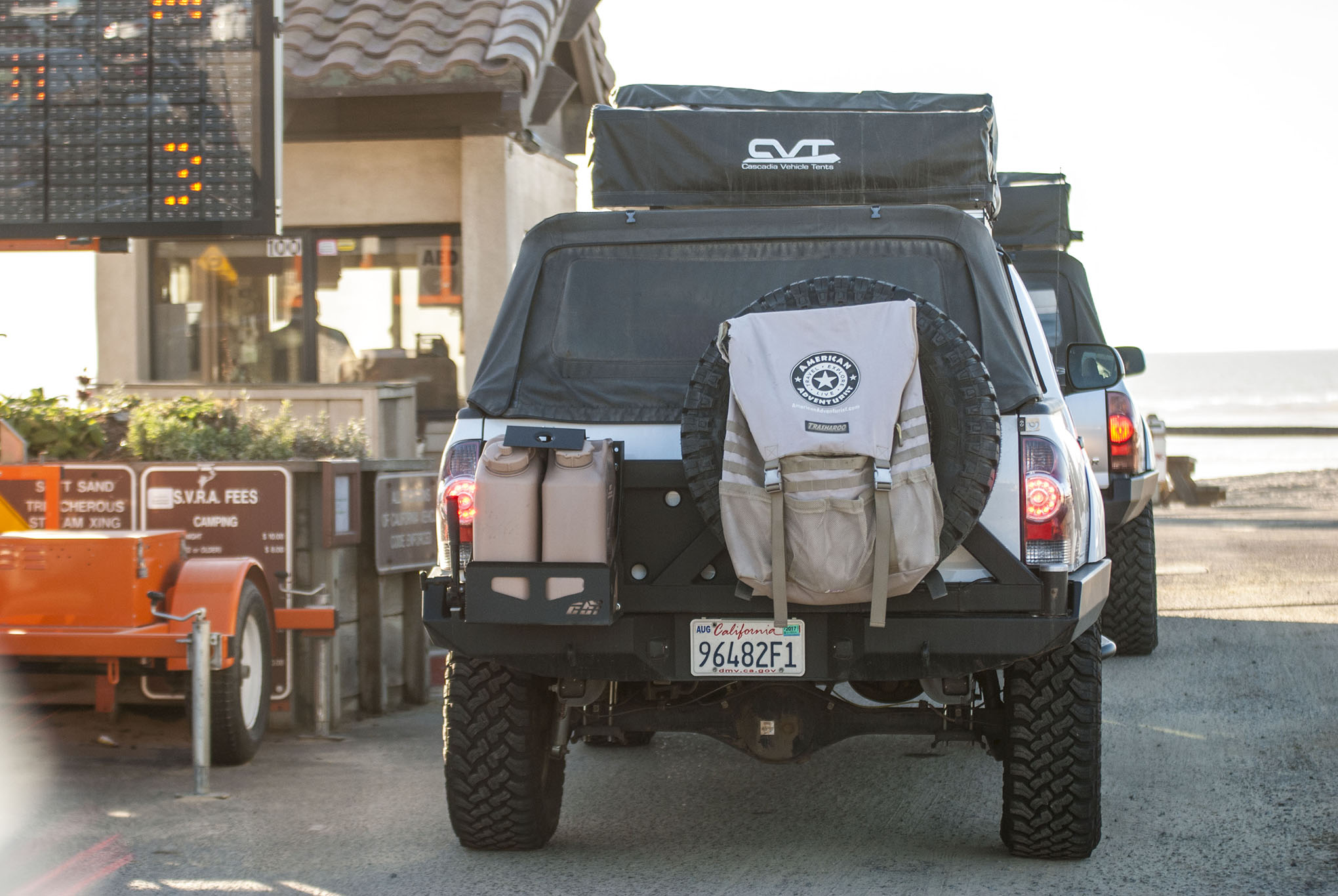 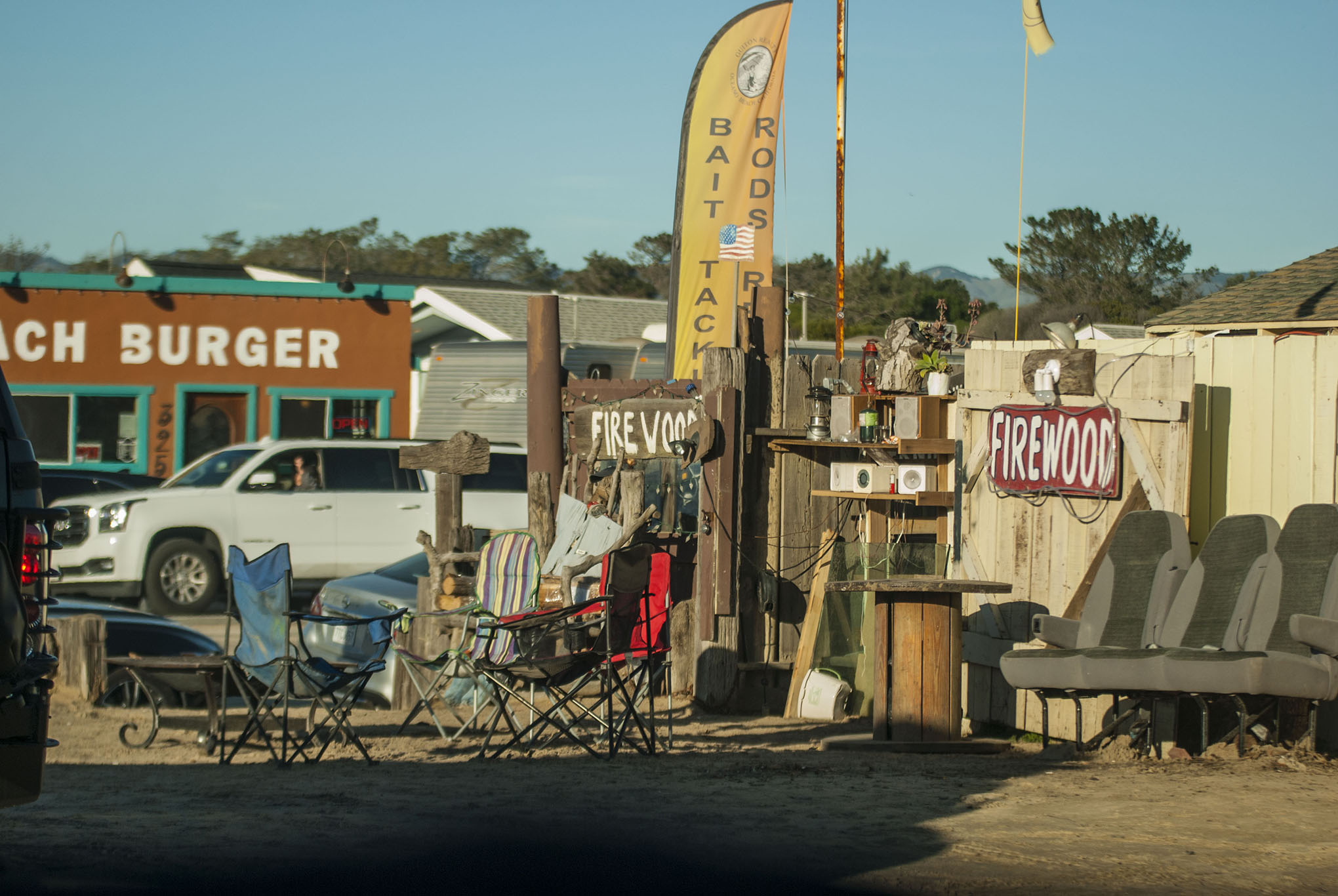 This is a huge blow to ALL Americans because there are actually VERY FEW places left in these United States where anyone can legally drive and camp on the beach anymore.

In fact, this is the the only spot in California where it’s legal anymore, on a coastline that spans more than half of the west coast of the entire United States. Where will we go, where will your kids go, when it’s all gated off? 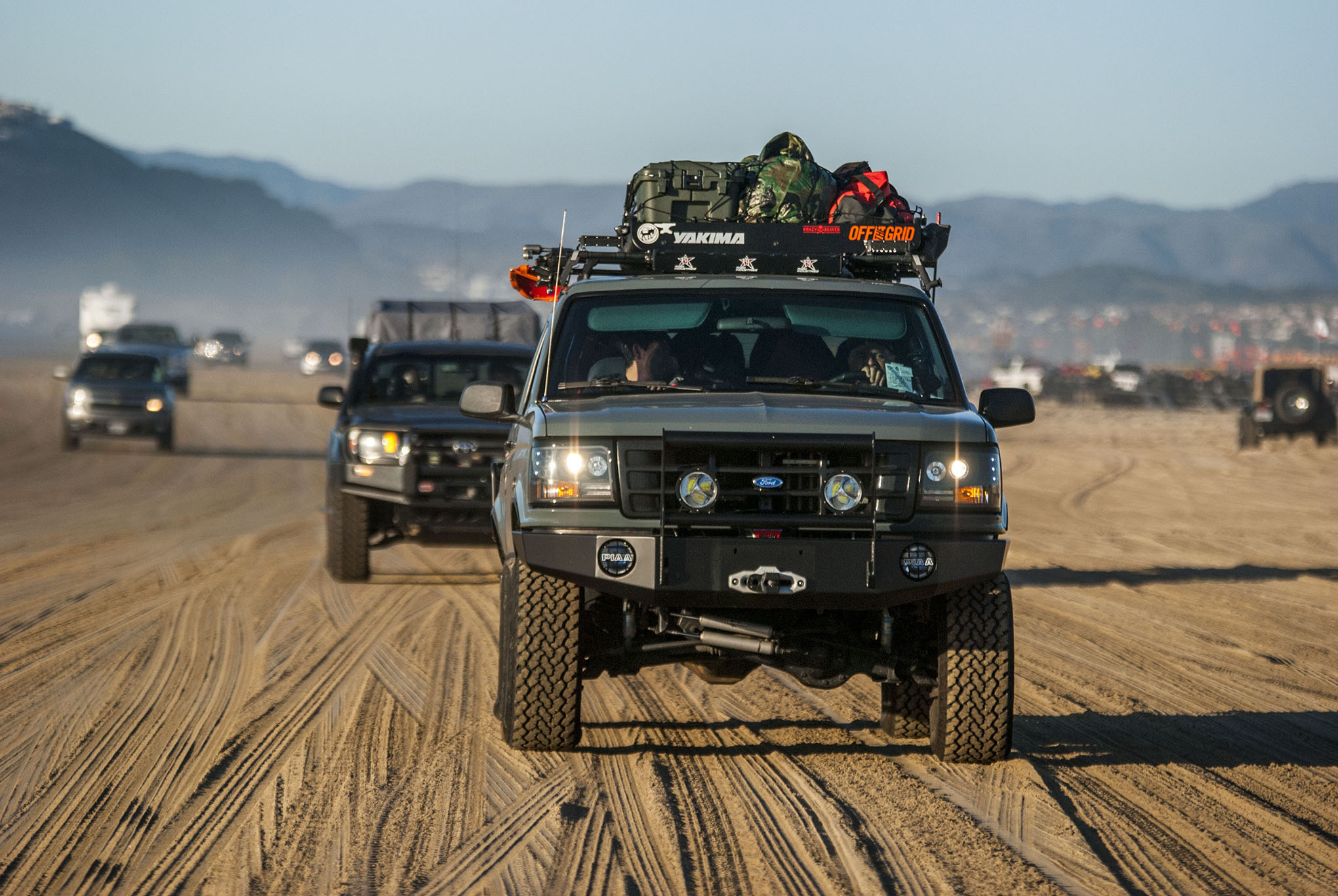 Unfortunately, the first closures began back in 1982, this article at Hemmings highlights just how much public access has already been lost at Pismo.

As you can see here, it’s already a shadow of what it was intended to be and we’re losing even more of that small green island depicted on the right below. 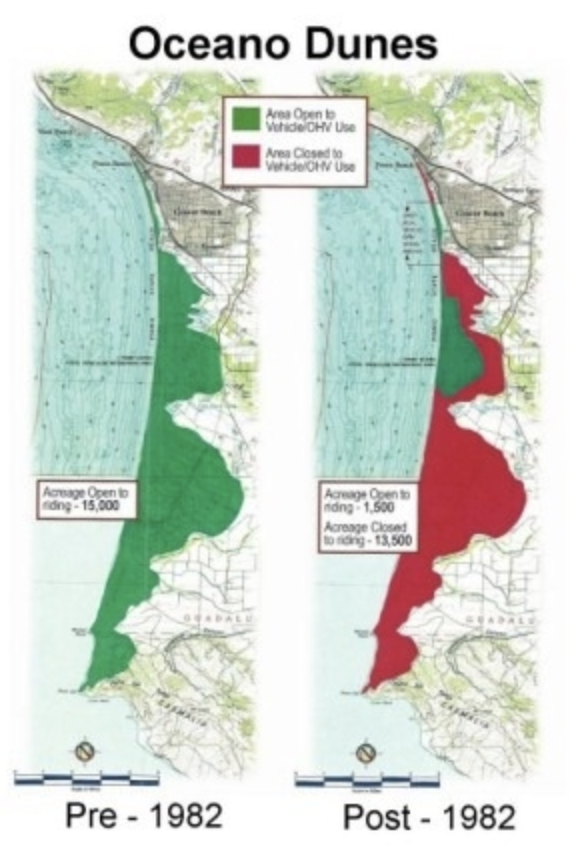 From the California Off Road Vehicle Association: “California’s Oceano Dunes District provides a $244 Million economic benefit to south San Luis Obispo County, an area that is economically challenged compared to surrounding regions. $221 million of those dollars are from people who stay overnight in the Parks district, which is predominantly within the Oceano Dunes SVRA. That means, that a 50% reduction of camping in the SVRA will cause an immediate $110 Million negative impact to South SLO County. The popularity of the SVRA would surely diminish, ensuring the negative impact will continue to increase.

If we don’t stop the beaches closure now, it will immediately trickle down, putting all 8 of California’s other SVRAs under attack next. It is time that we all join together, and fight this war they are waging on the Off Road community. If you are not a CORVA Member or Business Partner, then be a part of the solution, and please sign up today. We can win this!”

We must evolve, because Closure is not the Answer! 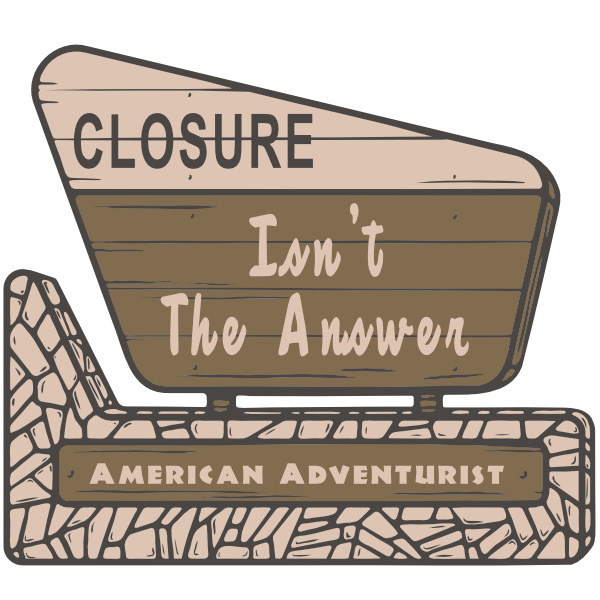 So what is the Answer? Long term, the answer involves PERSONAL RESPONSIBILITY (gasp!) and strict adherence to the Tread Lightly! principles.

Part of the answer also involves just being a decent human being when we’re “out there” on the trail, in the dunes, or in the wilderness. Be a good steward of the land, pack out what you pack in, and remember the TREAD principles:

Travel Responsibly
on land by staying on designated roads, trails and area. Go over, not around, obstacles to avoid widening the trails. Cross streams only at designated fords. when possible, avoid wet, muddy trails. On water, stay on designated waterways and launch your watercraft in designated areas.

Respect the Rights of Others
including private property owners, all recreational trail users, campers and others so they can enjoy their recreational activities undisturbed. Leave gates as you found them. Yield right of way to those passing you or going uphill. On water, respect anglers, swimmers, skiers, boaters, divers and those on or near shore.

Educate Yourself
prior to your trip by obtaining travel maps and regulations from public agencies. Plan for your trip, take recreation skills classes and know how to operate your equipment safely.

Avoid Sensitive Areas
on land such as meadows, lake shores, wetlands and streams. Stay on designated routes. This protects wildlife habitats and sensitive soils from damage. Don’t disturb historical, archaeological or pale-ontological sites. On water, avoid operating your watercraft in shallow waters or near shorelines at high speeds.

Do Your Part
by modeling appropriate behavior, leaving the area better than you found it, properly disposing of waste, minimizing the use of fire, avoiding the spread of invasive species and repairing degraded areas.

THE ANSWER ALSO REQUIRES YOU TO GET INVOLVED IN LOCAL LAND USE ISSUES!

Because we’re all in this together. 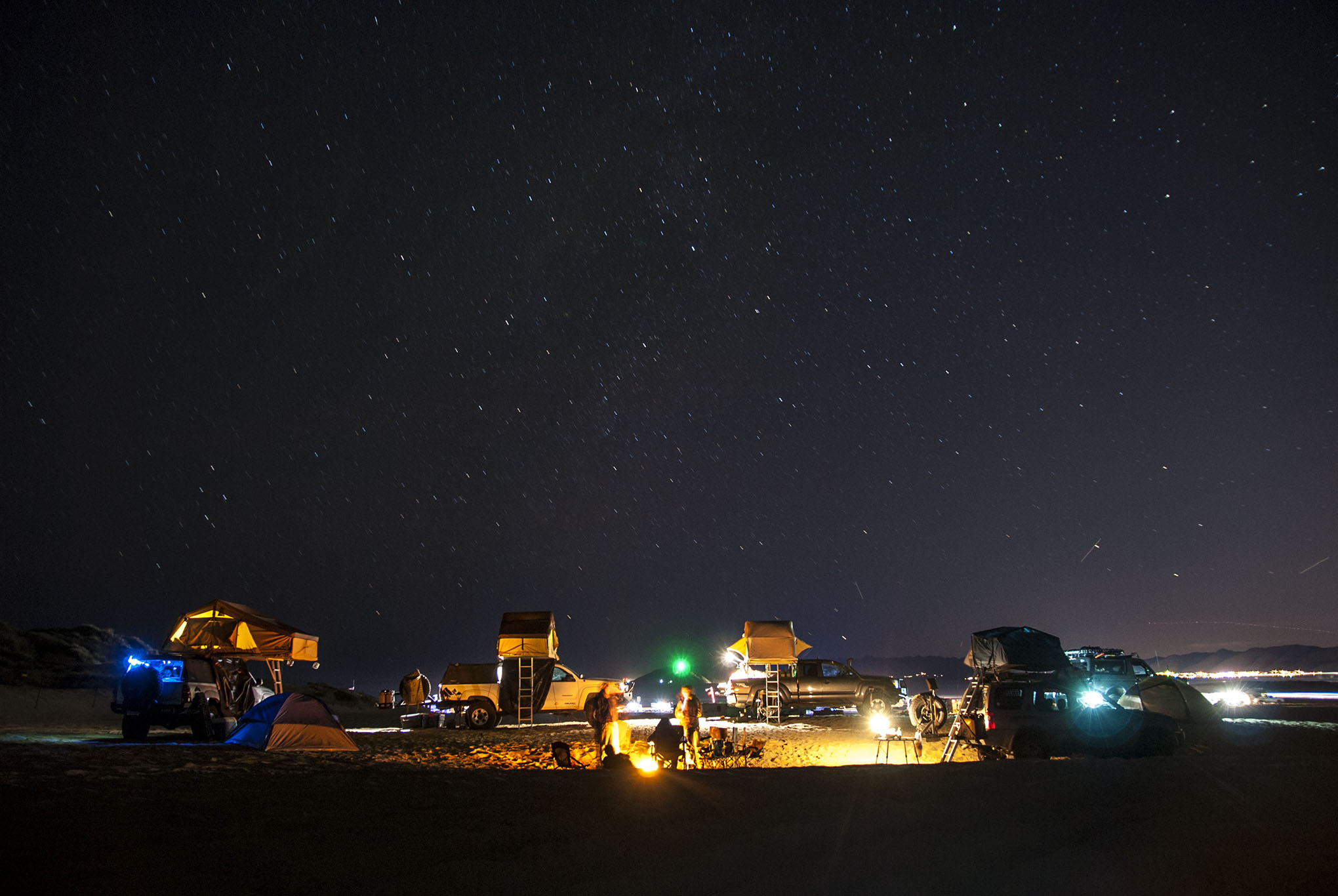 Do you think you’re not affected by major public land use issues because you live in another state?

Think again, because California policies and trends almost always impact decisions made elsewhere. And make no mistake, the anti-access groups want trails closed everywhere. They prefer yellow gates and control, with all the plebeians corralled in approved areas like major cities and along interstate corridors. The only way to keep our open access is if all of us, and the good groups I mentioned earlier, work together and get vocal.

I’ve been all over the US these last couple years scouting out spots to camp and trail ride, and these spots are becoming few and far between in most states. Many of you need to travel several hours just to boondock, “wild camp” or ‘wheel, and that increased demand is putting a major strain on the areas that are still left in play. With less options for legal places to wheel and camp, we just can’t afford to lose more areas or pretty soon we’ll be relegated to camping in established campgrounds on a 20 foot by 20 foot concrete slab.

Please get involved in local land use issues, because closure is not the answer for public lands. We owe it to future generations to keep the gates open for them. 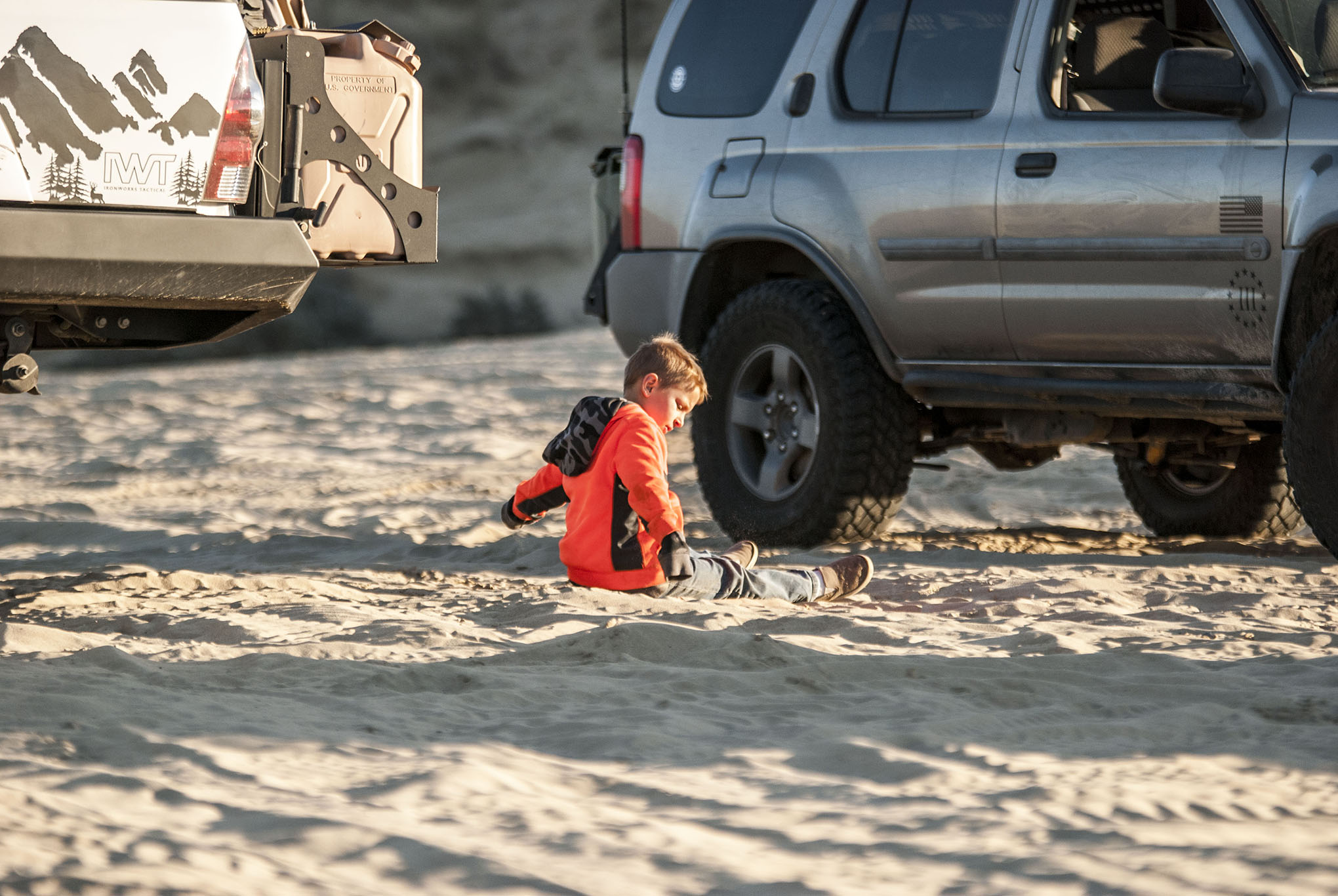 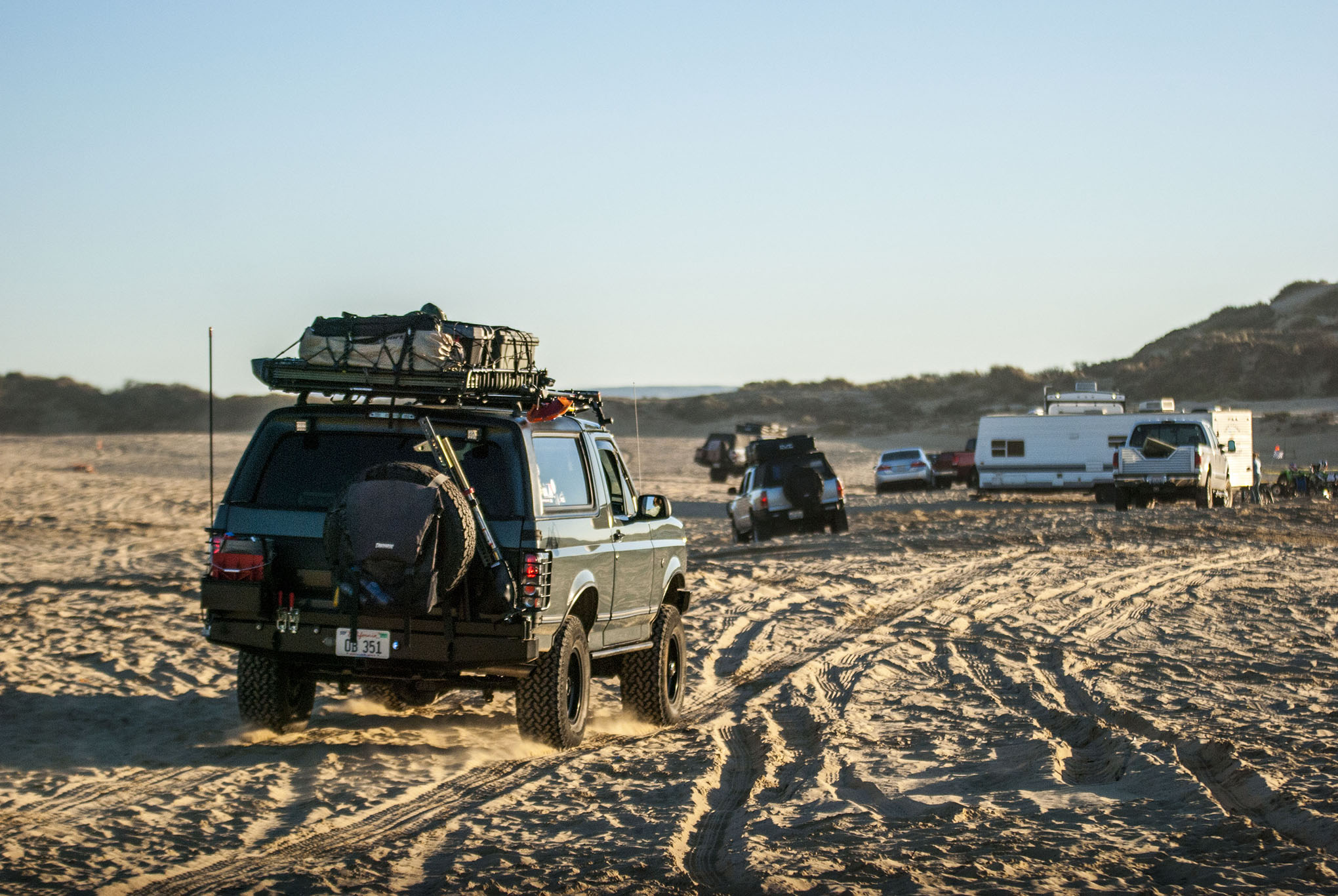 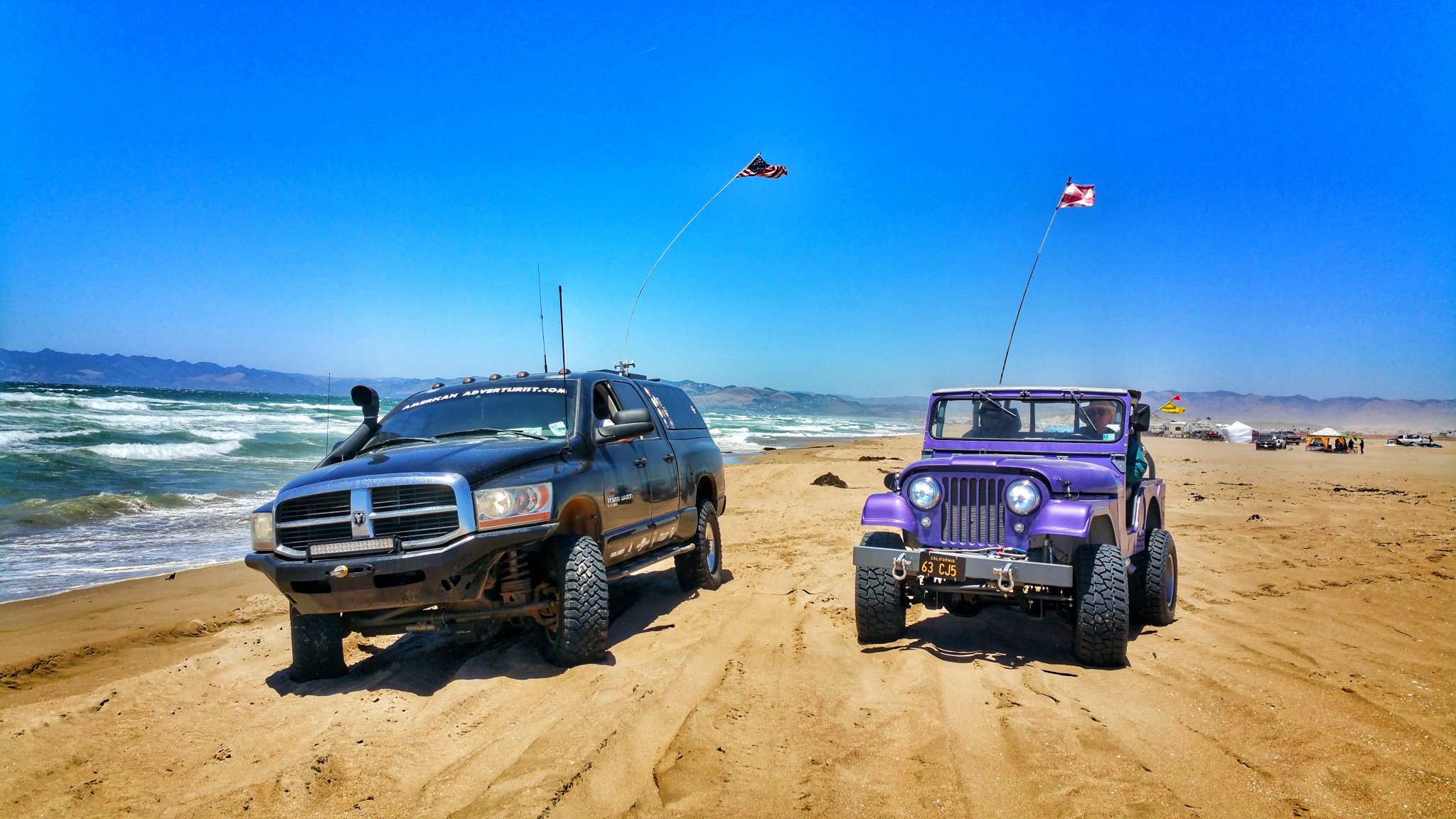