1000 lumens in a palm sized headlamp? It’s a thing, and it’s called the Maximus by SureFire. If you’re the type of person who doesn’t like to stop doing your favorite outdoor activity when the sun goes down, the Maximus has the light output to help you play outside longer. You can ride your bike faster, find your way better while running or hiking, and have an effective light on your helmet that can actually help you out while riding a motorcycle at night. When you get back to the truck or make it into camp, you can adjust the power on the Maximus with just the turn of a dial and set your light output to anything from 1 to 1000 Lumens.  Silly amounts of light in a compact package – it sounds like the world’s greatest headlamp, doesn’t it? 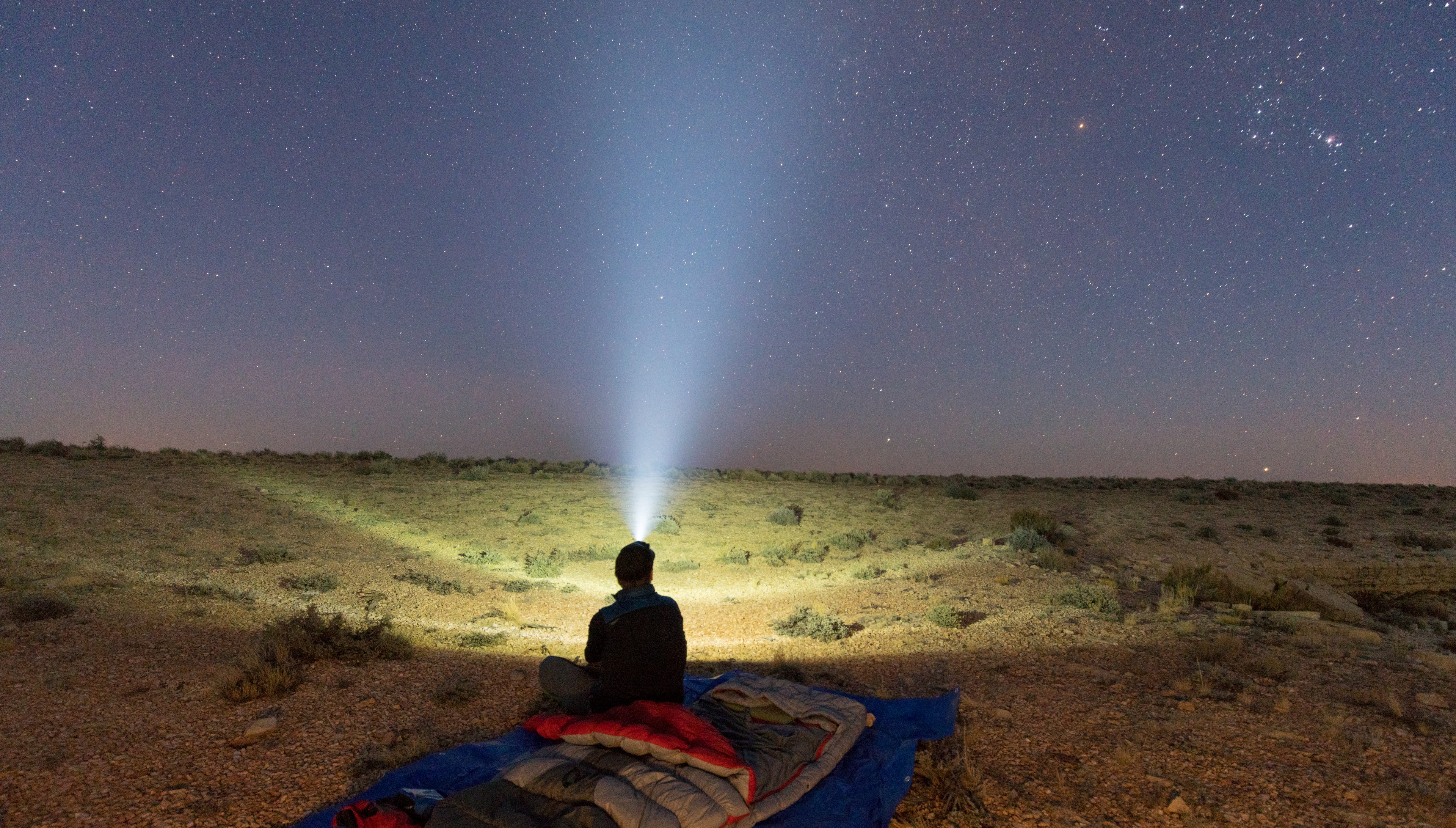 The amount of light that you can get out of the Maximus at full power is quite impressive, but don’t expect to spend all night burning a hole in the blackness.  At full power, the Maximus will only last around 1.5 hours, so discipline is required to make it through a full night of use without killing the battery in the first 90 minutes.  Dialing back the light output will obviously get you much longer runtimes, and with camp duties typically requiring less than 50 lumens of light, the Maximus has the endurance to go multiple nights without recharging.  Adjusting the headlamp to get the right amount of light exactly where you need it is as easy as tilting the body of the light from 0 to 90 degrees down and twisting the knurled dial to control light output.  The dial works great with bare hands or gloves, and the tilt setting will stay where you leave it – making the Maximus quite easy to use.  Yet, charging the Maximus is where things start to get interesting. 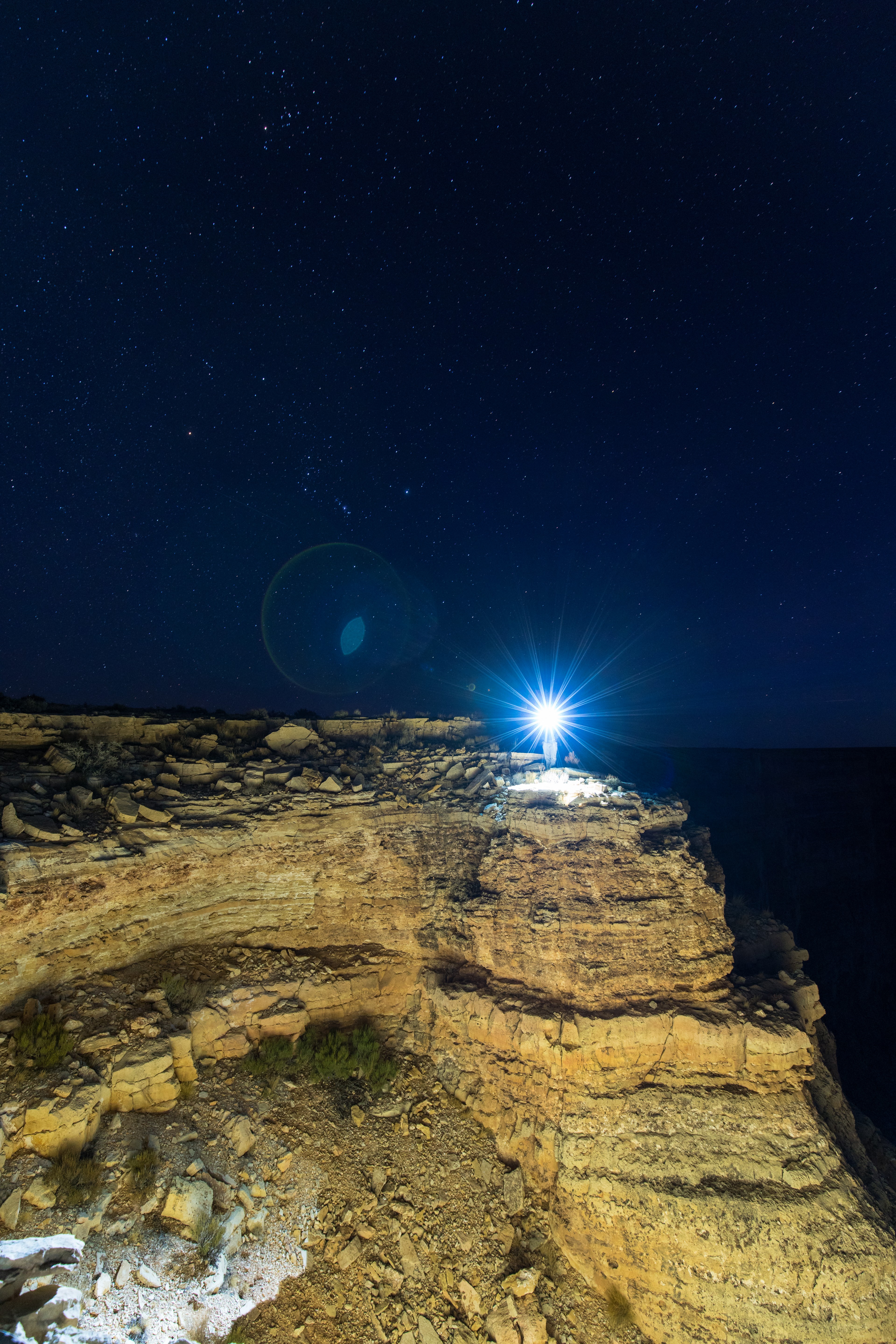 Recharging the non-replaceable Lithium-Ion battery is done from either an AC outlet or the included 12v car charger.  I’ll say it again: Non-replaceable battery.  Make sure to keep that fact in mind, or you could find yourself with a dead battery and dawn still hours away.  Furthermore, you have to use the specific Maximus chargers, so make sure that you pack the chargers with you whenever you’re gearing up for a trip.  SureFire is known for their exceptional build quality and attention to detail, so I was disappointed to discover that the cap for the Maximus’ charging port will refuse to say installed in the body of the light after it’s spent a few miles traveling in a pack or a pocket.  Should your Maximus encounter some real moisture with the charging port open – bad things could happen.  I had hoped this was an isolated issue with my light, but I noticed that the Maximus headlamps that the Expedition Overland crew were using in season three were all having the same issue.  This cover feels like it didn’t get the SureFire design treatment, so hopefully that is something they’ll address in the future. 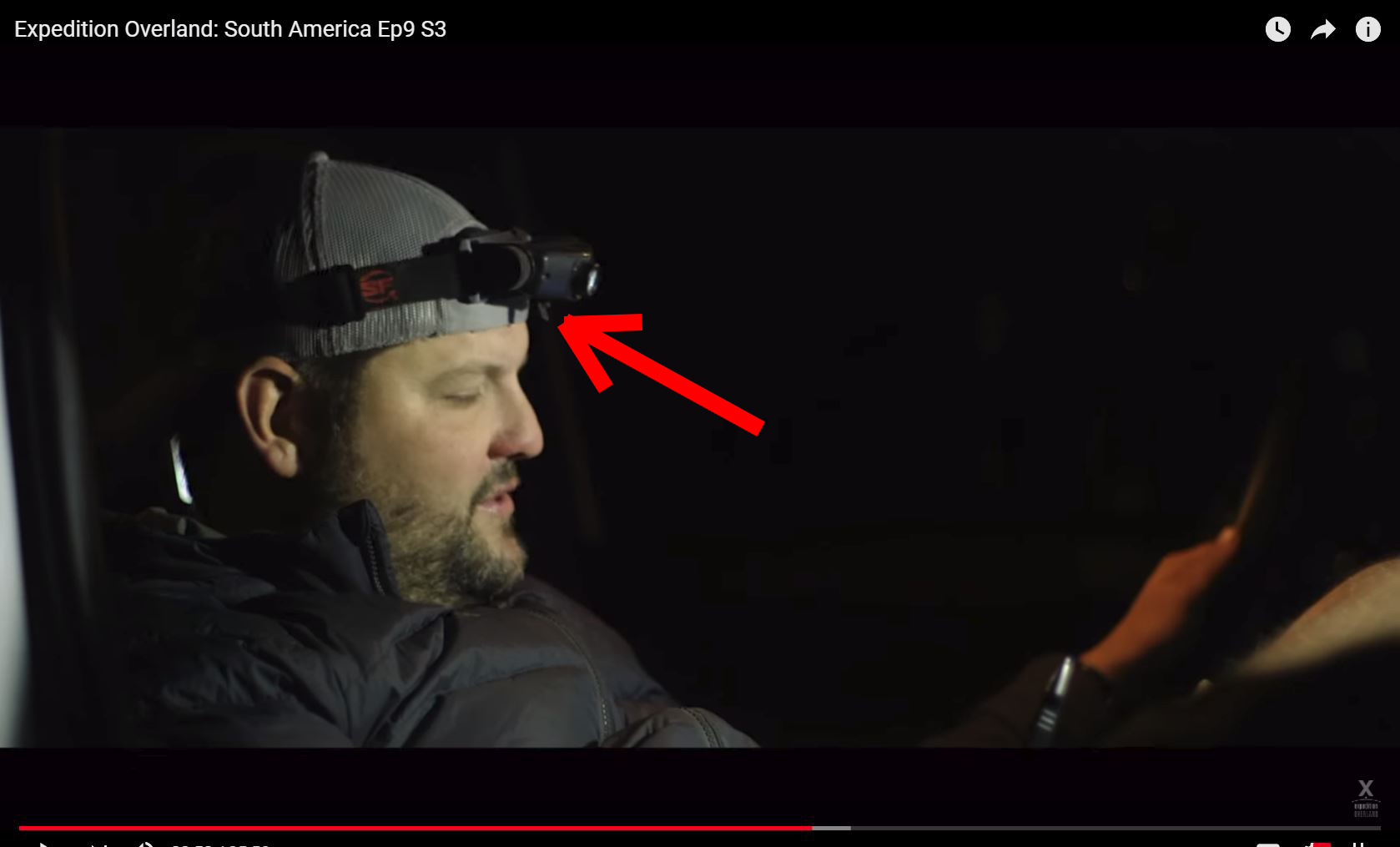 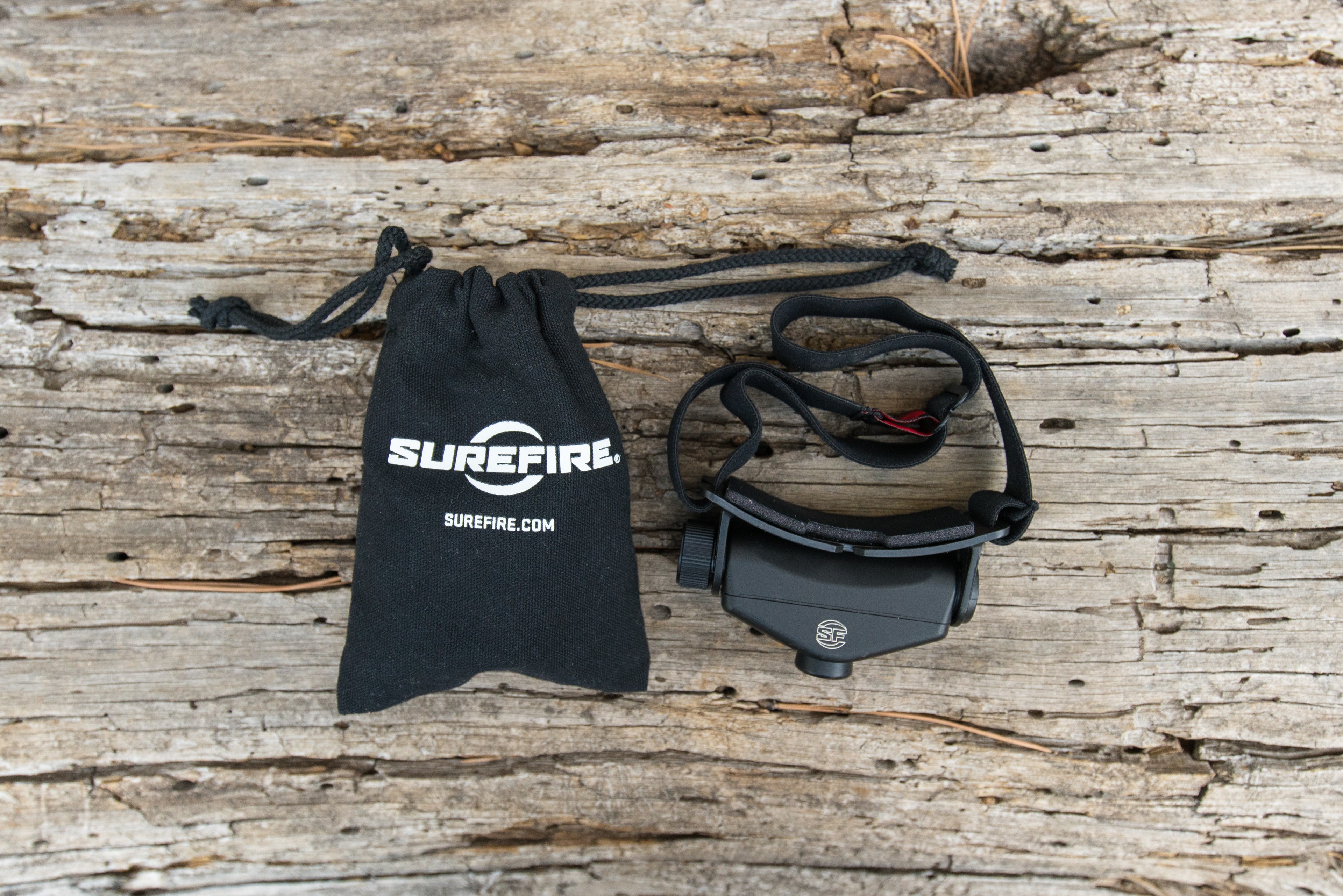 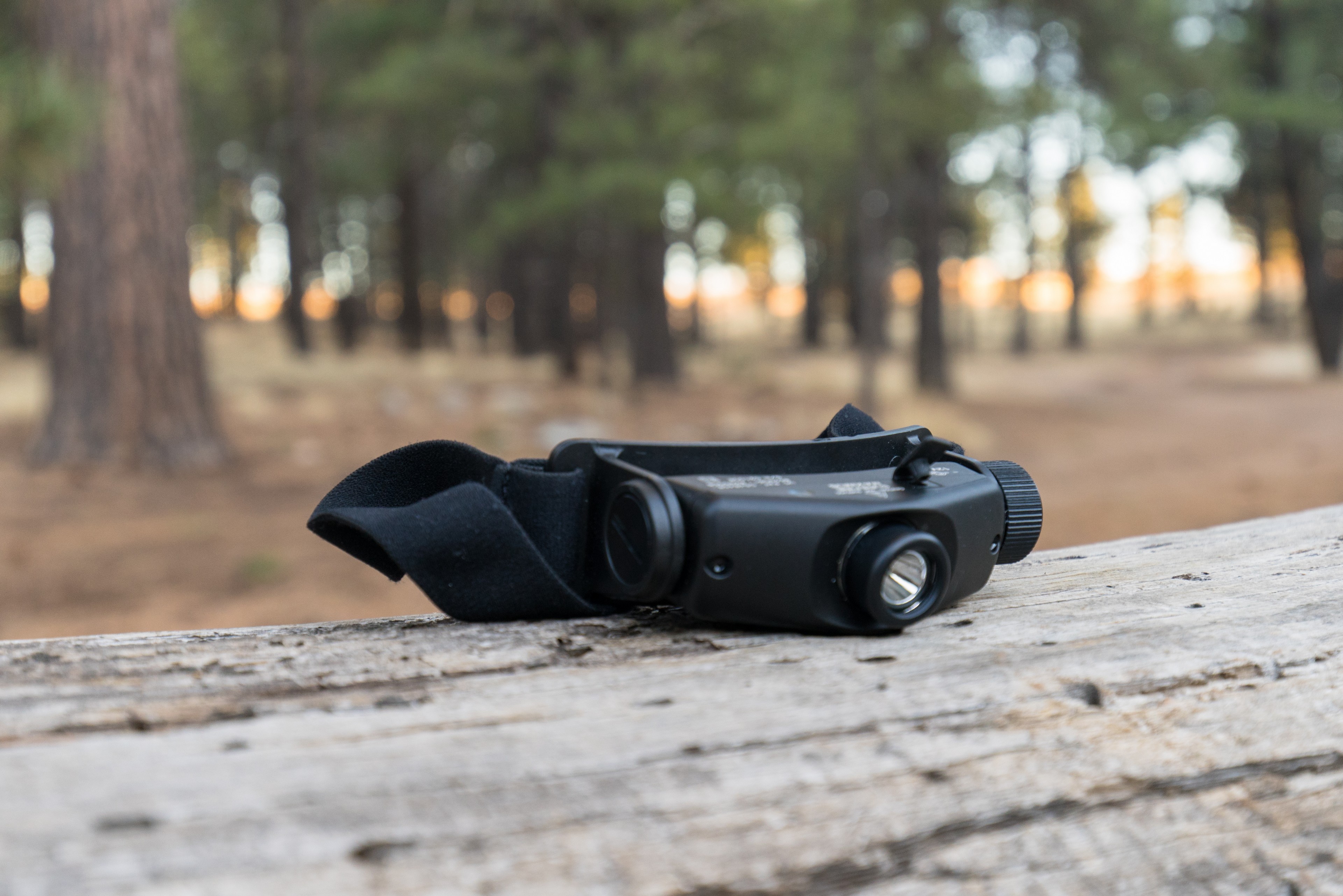 The only other problem that I ran into with the Maximus was that the weight of the headlamp can cause it to slip down over your eyes if you make a sudden movement during an activity.  While running, or while mountain biking with the light under your helmet, this can make for a painful surprise.  SureFire molded mounts for a top strap into the Maximus, but my headlamp didn’t come with a top strap, and a search of the SureFire website didn’t turn up an official over-the-head strap.  If you’re not moving quickly (say during typical camping) this will be a non-issue for you, but was something I had to engineer a solution for as the Maximus’ light output is something that I had to incorporate into many of my favorite sports. 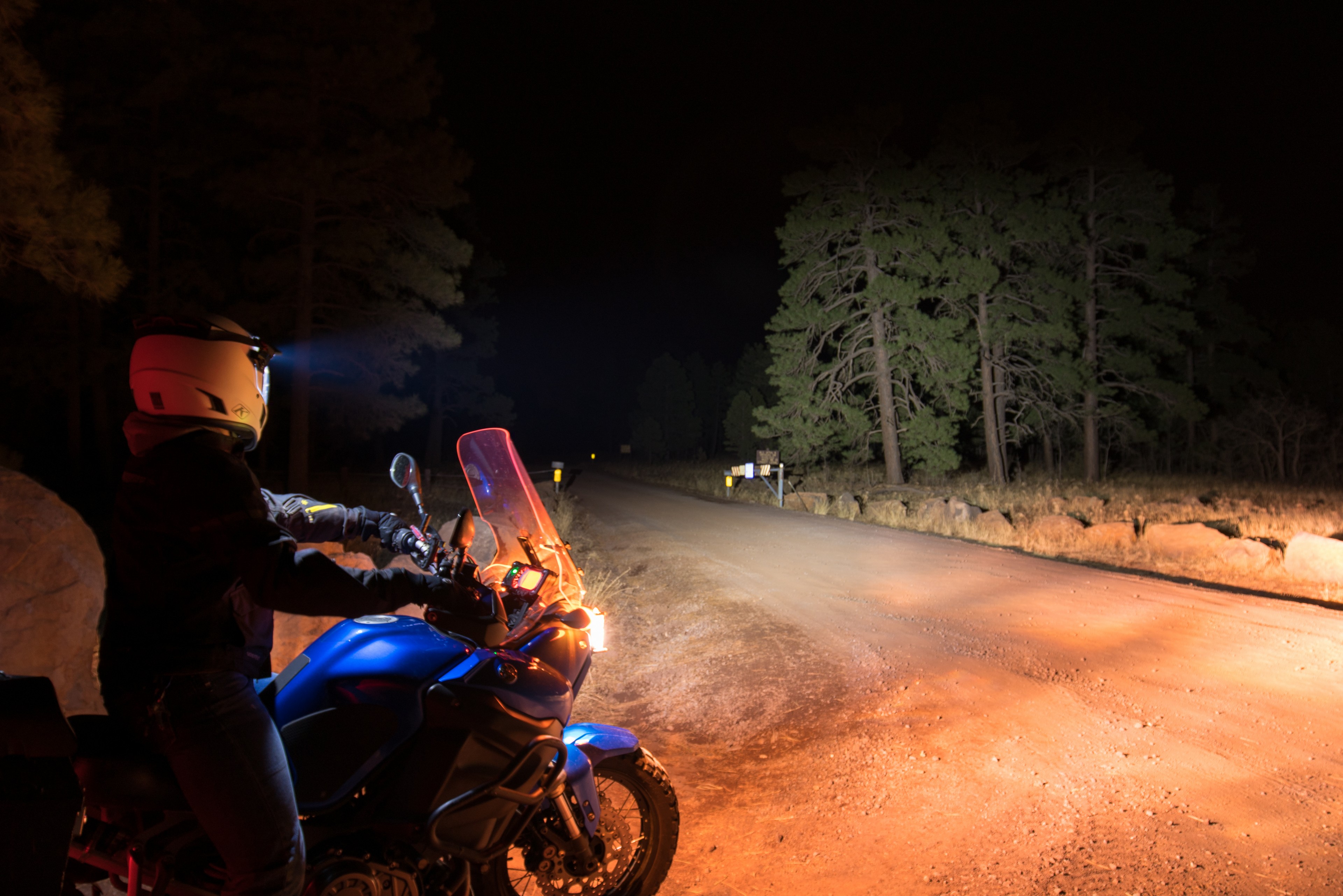 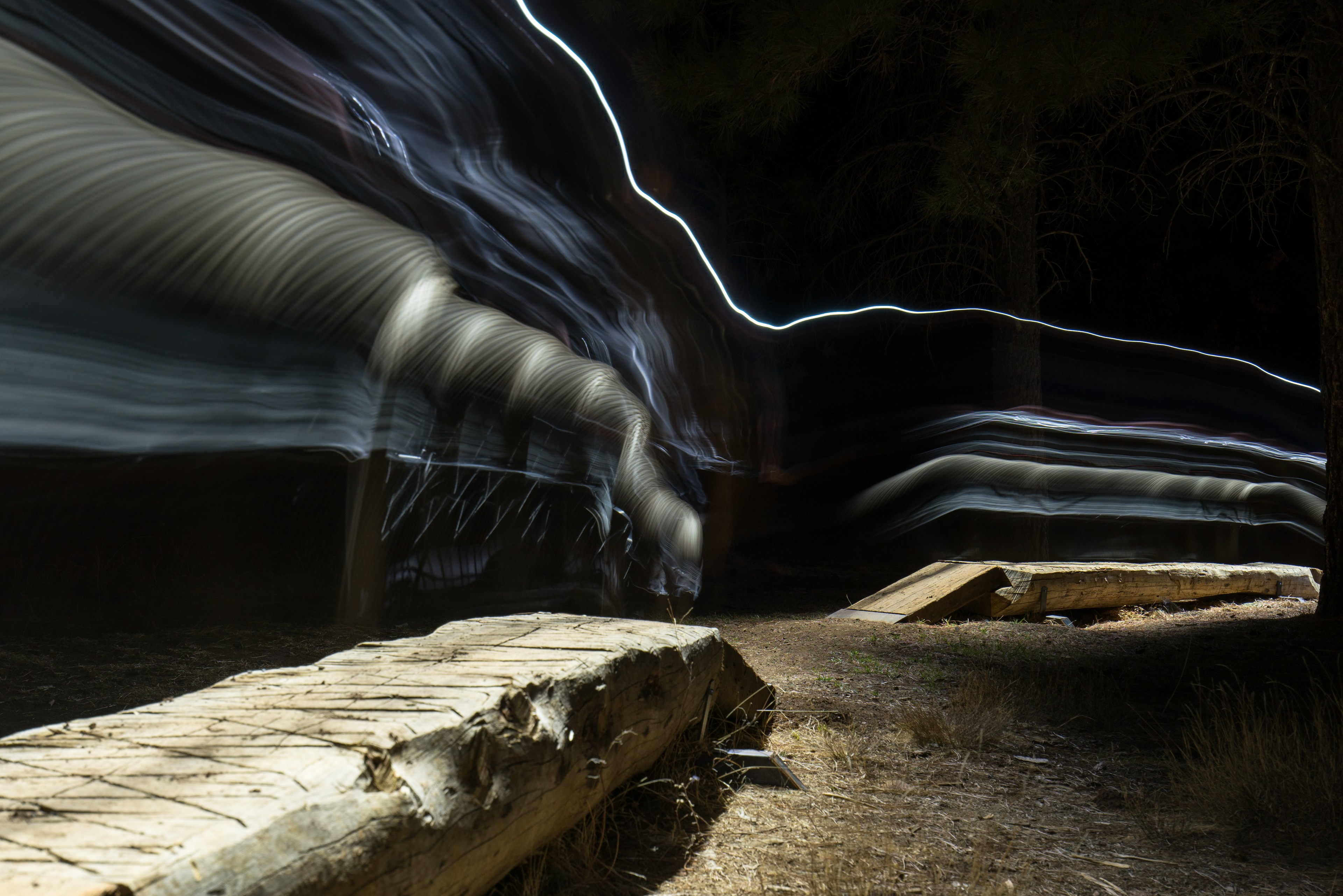 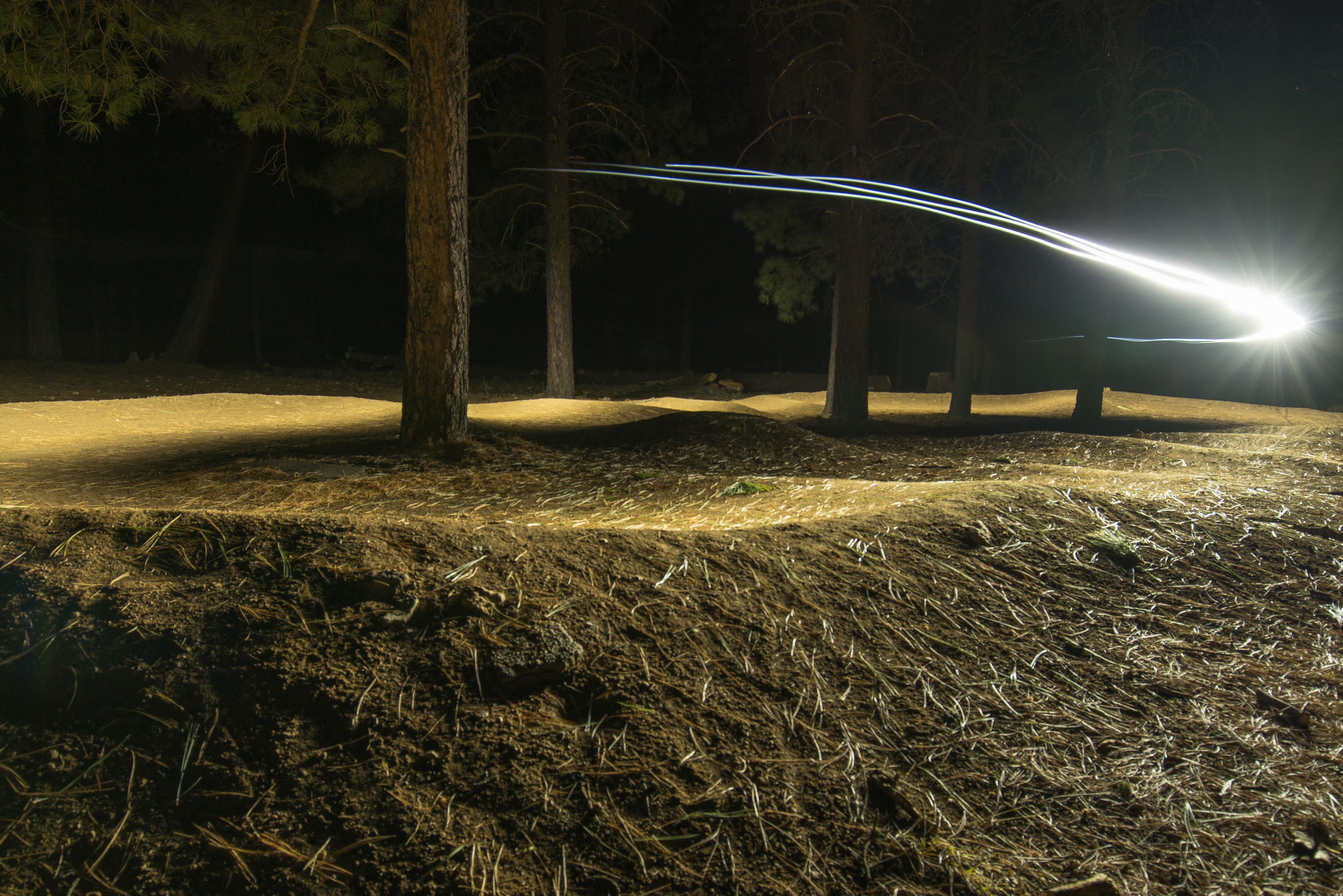 If you have ever found yourself creeping home in the dark without a light when your ride, hike, or other activity lasted longer than the daylight did, the Maximus is a great tool to have with you.  Toss it on under your helmet, and your mountain bike ride can continue at all but the fastest of speeds.  Likewise, on a dirtbike the Maximus can outshine the crappy halogen headlights on many bikes, allowing you to actually see where you’re going.  If you’re hiking or running at night, the Maximus has plenty of light at less than half power to light your way up like you’re walking down the Vegas strip.  This is where SureFire’s expertise in lighting shines (see what I did there) as the Maximus casts a perfect beam of light that works great at 10 lumens reading a book in camp and at 1000 lumens bombing down singletrack. 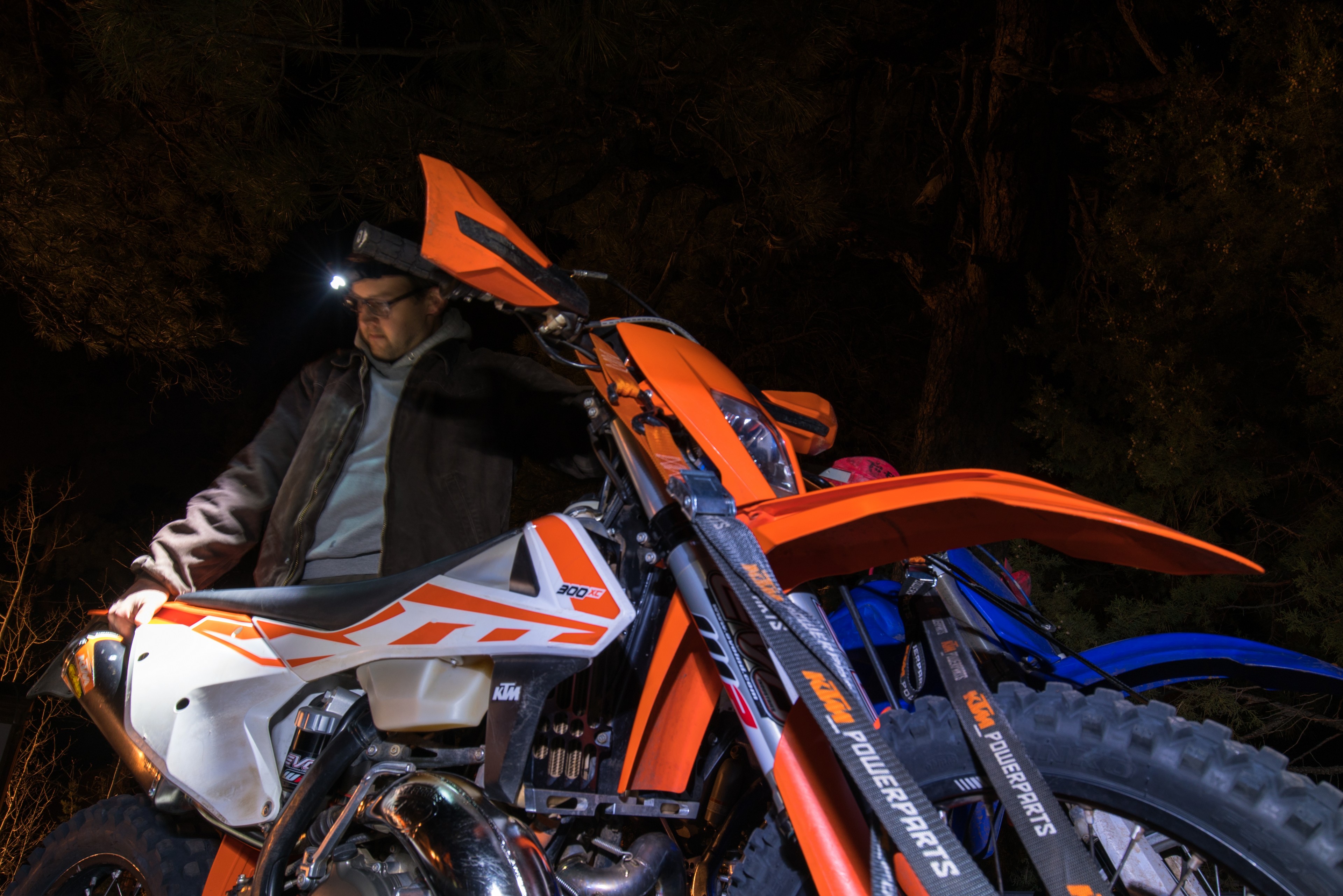 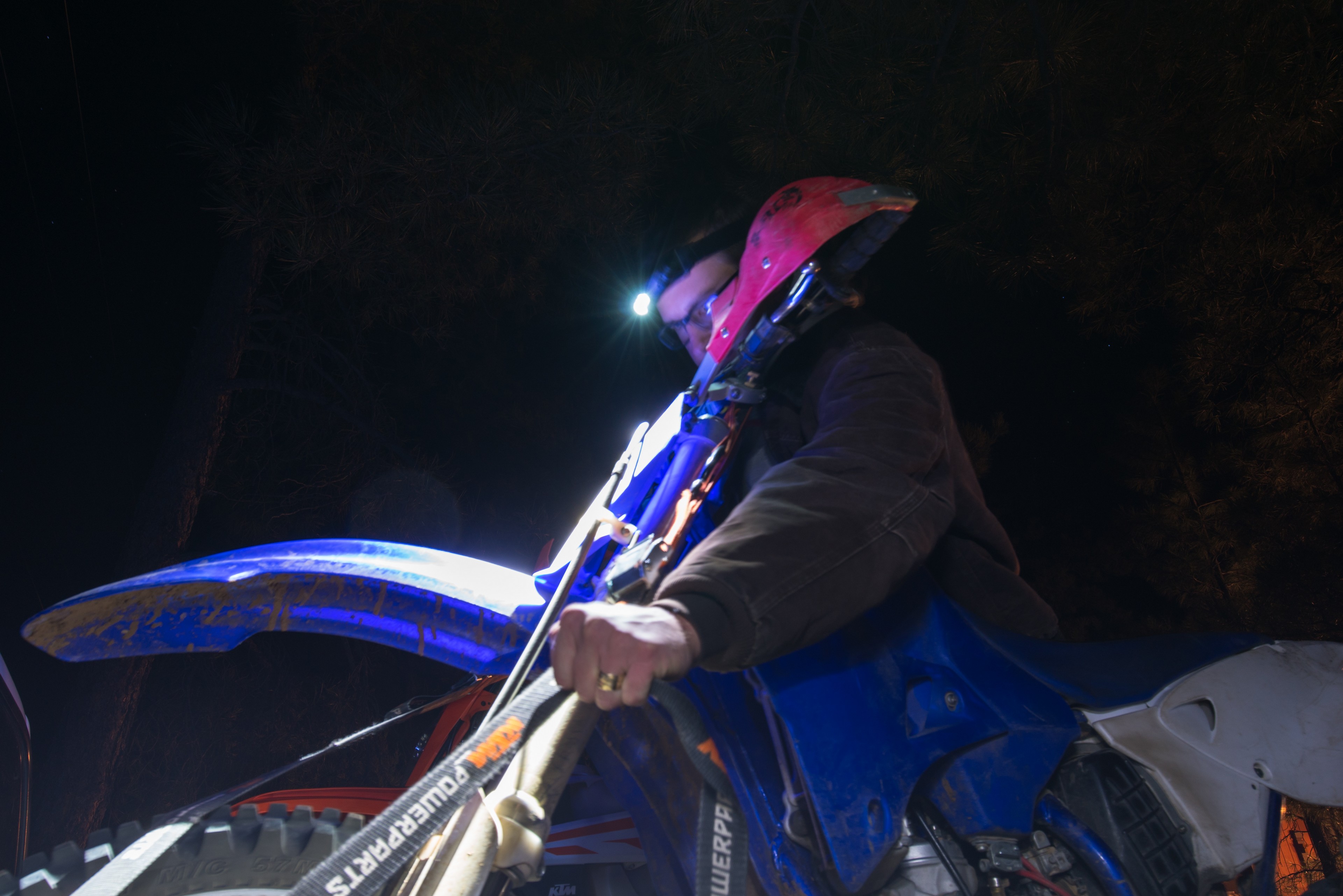 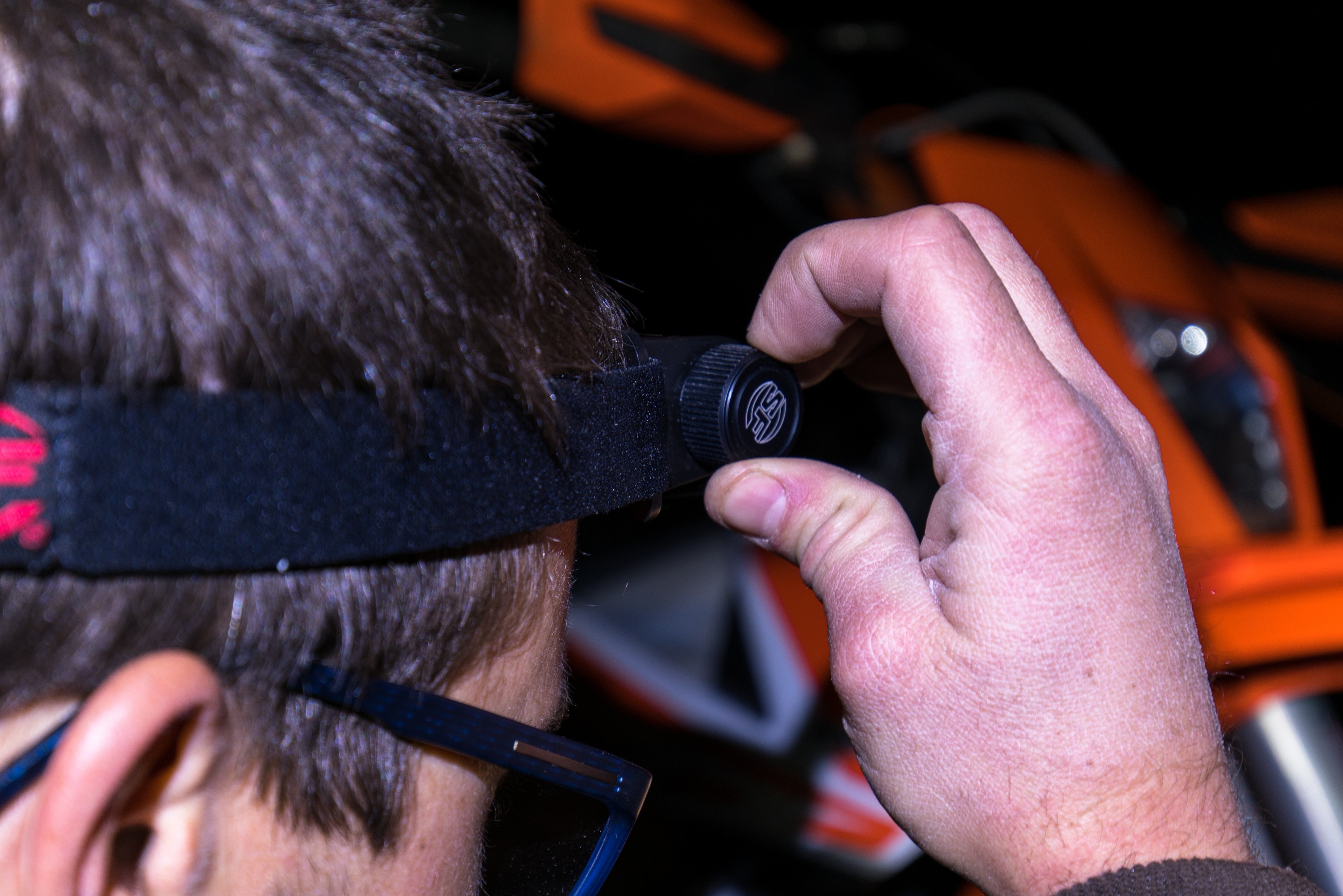 Even with it’s faults, the Maximus is a great headlamp.  With the dial control I can get exactly the amount of light output that I want without thinking about making an adjustment.  The dial system is hands down better than using a single button headlamp that has 50 different modes, where I would have to stop what I’m doing to focus on getting the light output I want – and there’s no risk of blinding myself by triggering the wrong mode.  With the Maximus it’s set and forget, and cranking up the sun or dialing it back is just a quick dial adjustment away. 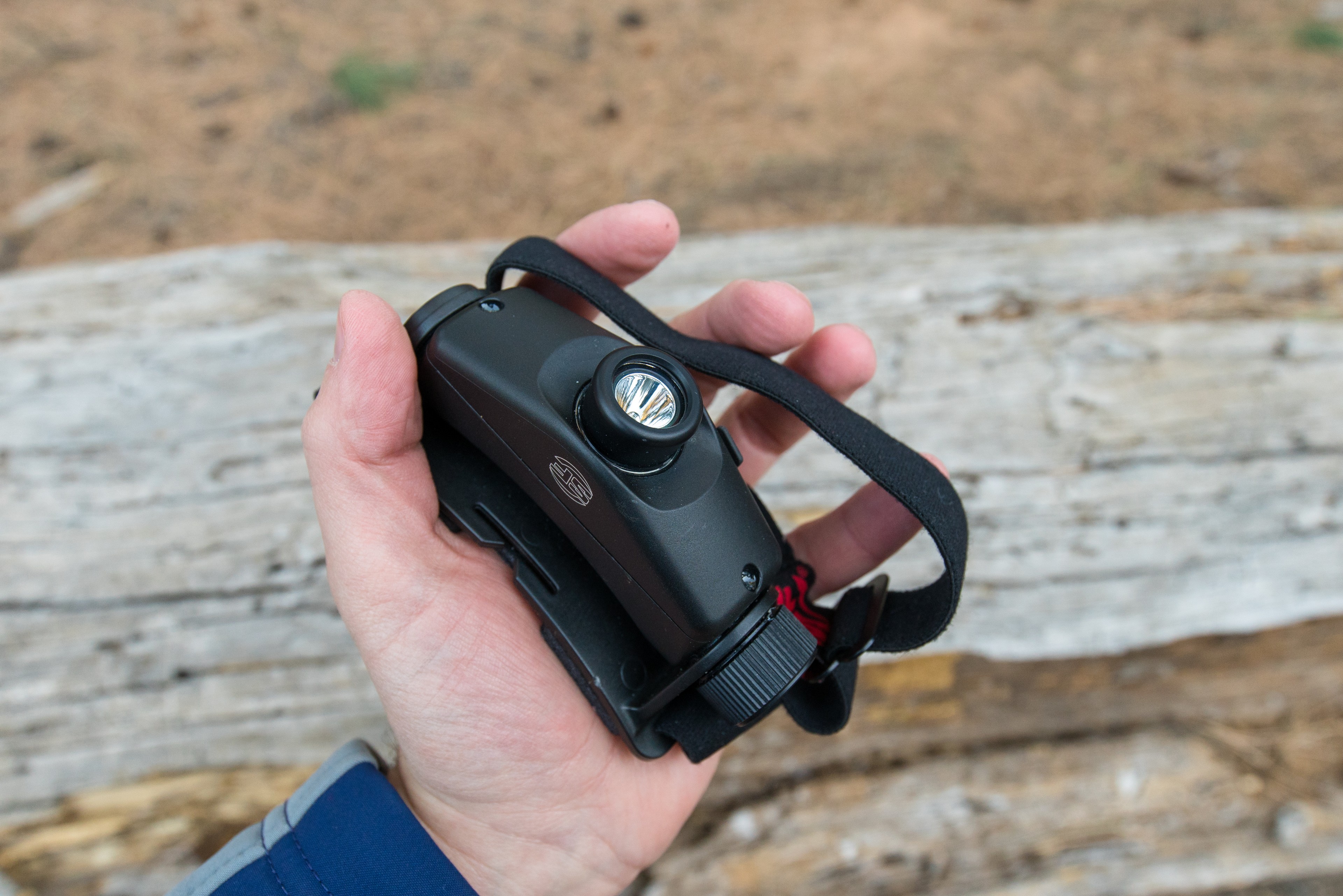 The SureFire Maximus is a very impressive lighting instrument that is exactly what you would expect from something with the SureFire name name on it.  With the exception of the charging port cover and the weight of the unit combined with the lack of an over-the-head strap, the Maximus is a great headlamp.  Its light output is staggering at full power, and the dial system is a great interface over the single button control favored by many other manufactures.   It will be really cool to see what SureFire does with this model in the coming years as battery and LED technology continue to improve.  Hopefully a lighter Maximus with a longer battery life will become a thing in the not too distant future.  As long as you can remember to bring the charger and have enough discipline to use just as much light as you need, the Maximus can work in almost any role in which you place it.  Don’t be surprised if you find yourself playing leader when your group is out after dark – other lights can’t hold a candle to what the Maximus can do to the darkness. 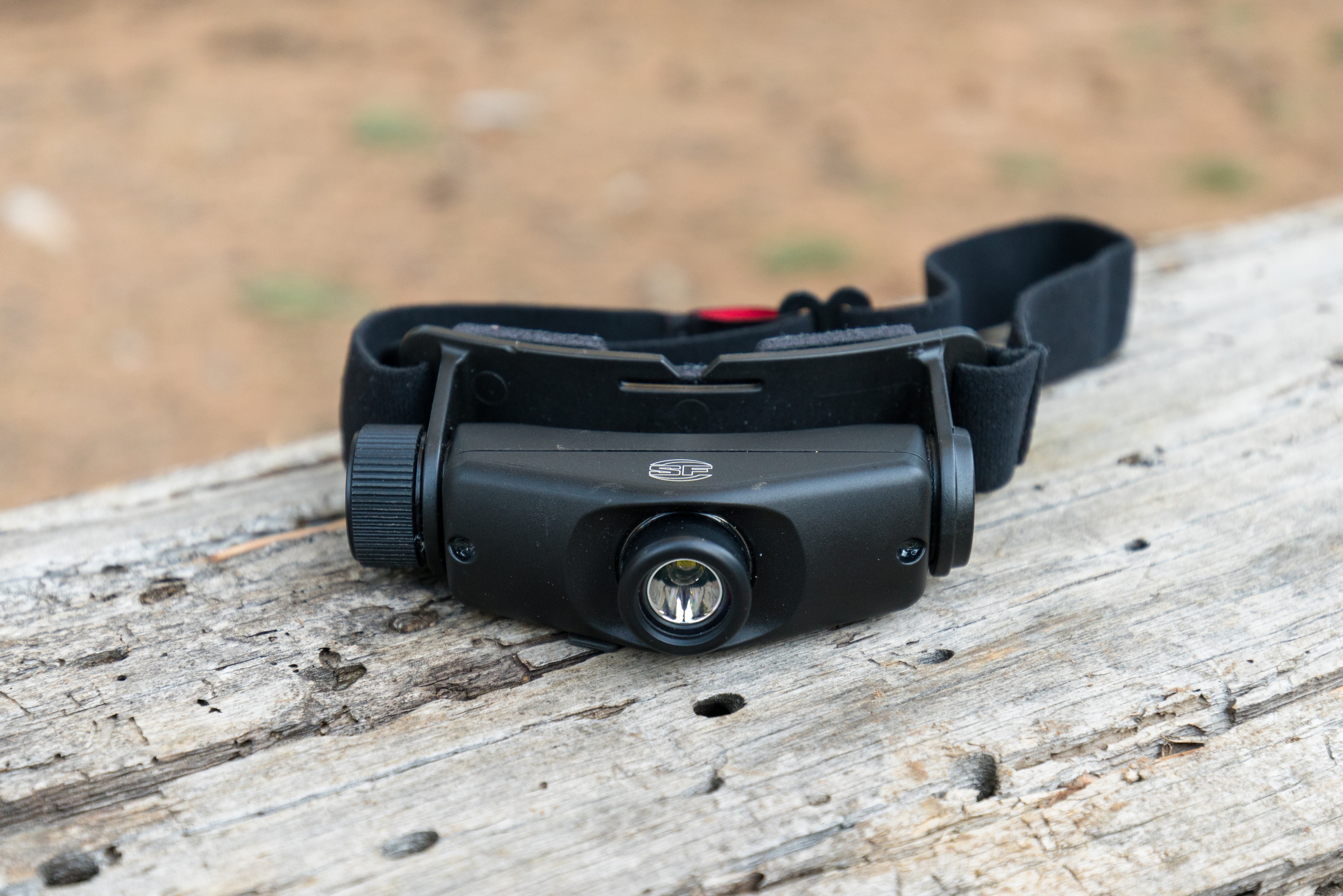 Full Disclosure:  SureFire provided the headlamp reviewed in this article at no cost to the author or American Adventurist. This review and others like it are intended to provide you, our readers, with no holds barred updates on a variety of new gear as it becomes available.