I am a firm believer in the mantra that “the best camera is the one that you have with you” and the fact that you don’t have to have thousands of dollars of camera gear to be able to capture meaningful content. In fact, some of my favorite photos and videos that I’ve captured have been with a $500 GoPro. To that end, I always have at least a GoPro with me when I’m out on an adventure. So when 3D Robotics created Solo, the world’s first “smart drone” that was designed to fly my GoPro around, I knew that one of the cameras I always have with me was going to get a great deal more functional.

Thanks to Solo, I can pop my GoPro off of my helmet, and in a few minutes have it following 100 feet behind as I ride my adventure bike down an endless dirt road. When I reach the peak of a mountain, I can have Solo orbit me in a shot that would have traditionally required a full size helicopter. With a drone you can capture all sorts of amazing content previously impossible without a Hollywood film crew running on a blank check. 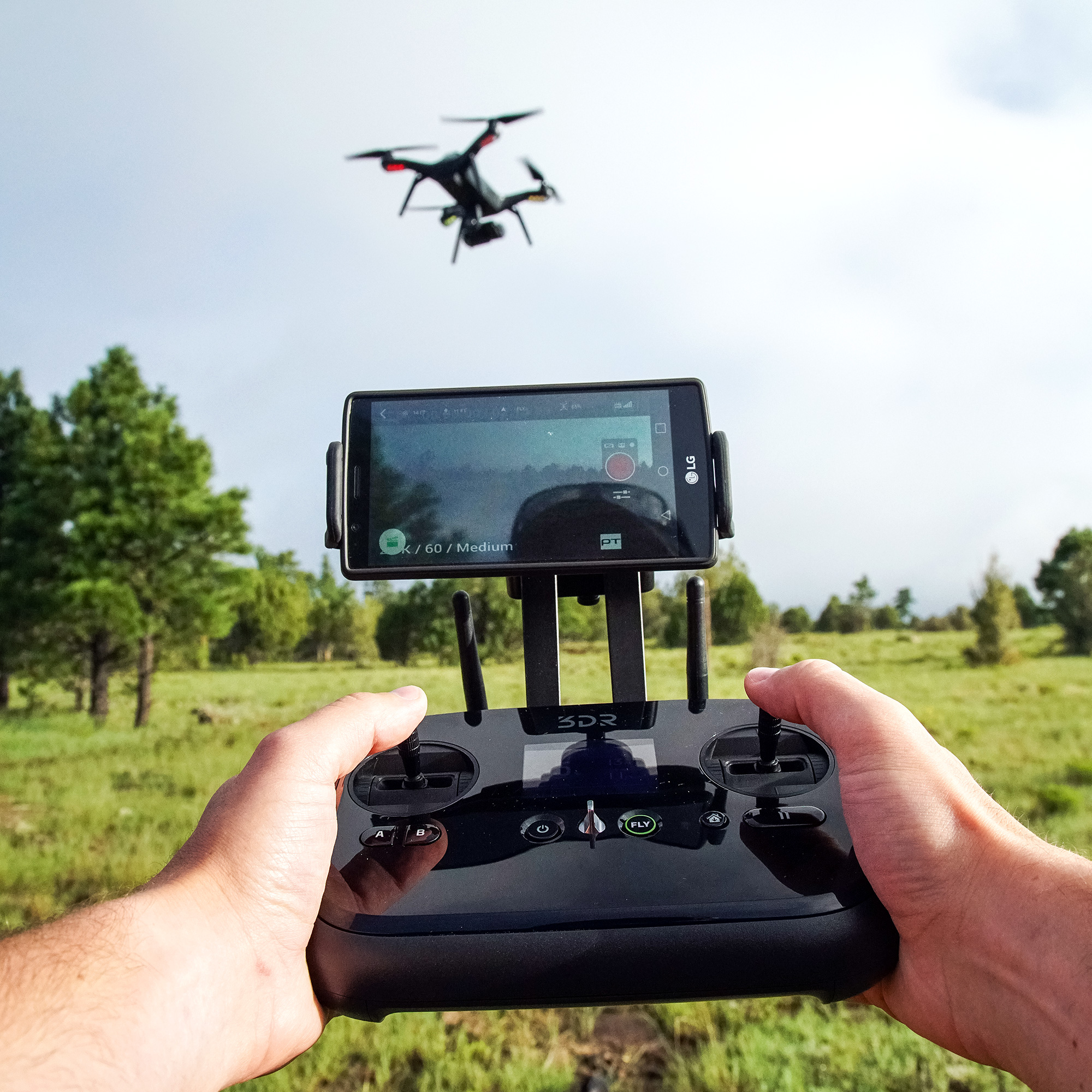 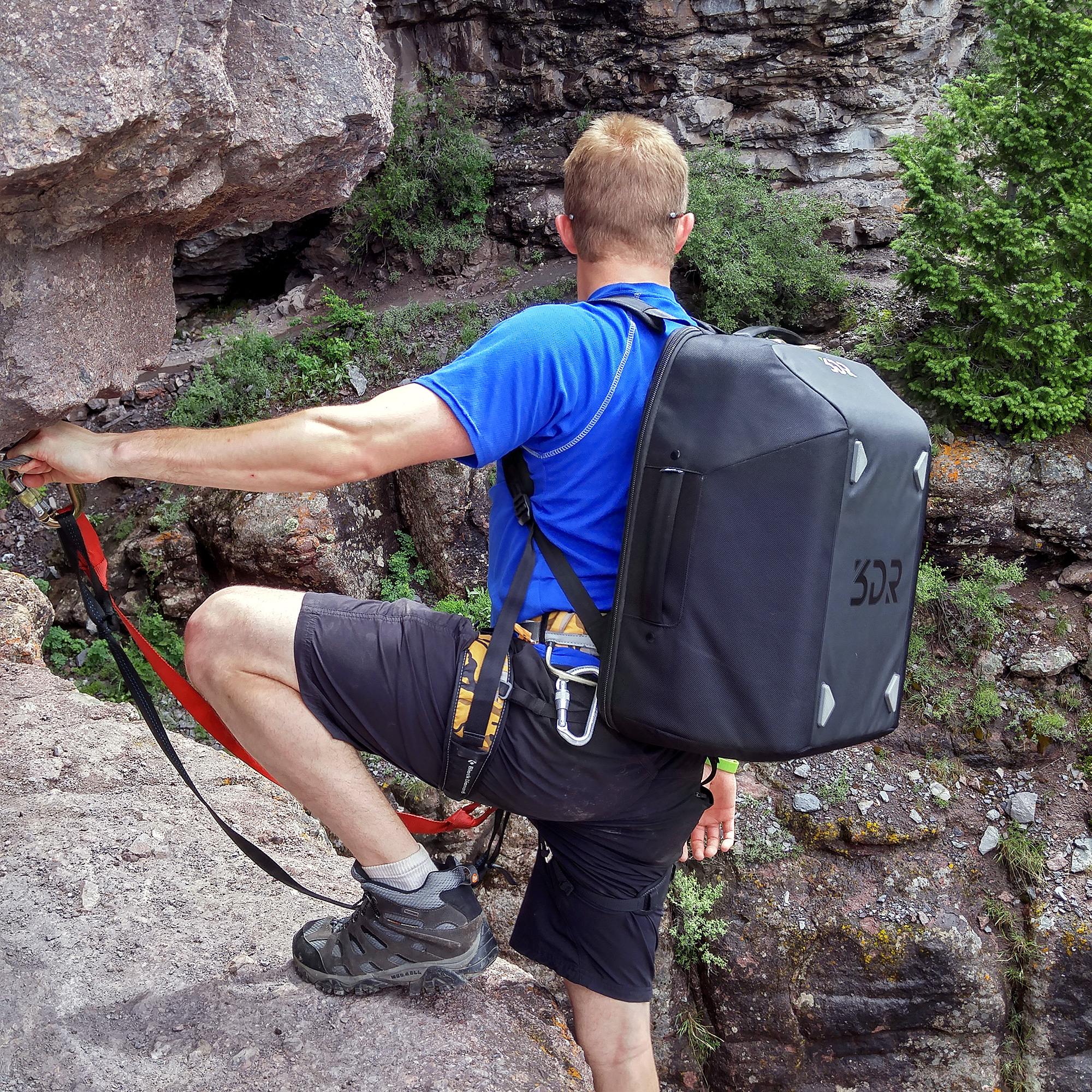 Everything that you need to operate Solo, including up to seven flight batteries, fits in a durable, padded backpack that can go just about anywhere you can. When it’s time to fly, setup takes just a few minutes, and a few taps on your device (smartphone or tablet). You only need to install your GoPro into Solo’s three-axis gimbal, which stabilizes the camera, and install the propellers. Then, power on Solo and its controller, and connect everything. As soon as Solo obtains a GPS fix, you’re ready to fly. 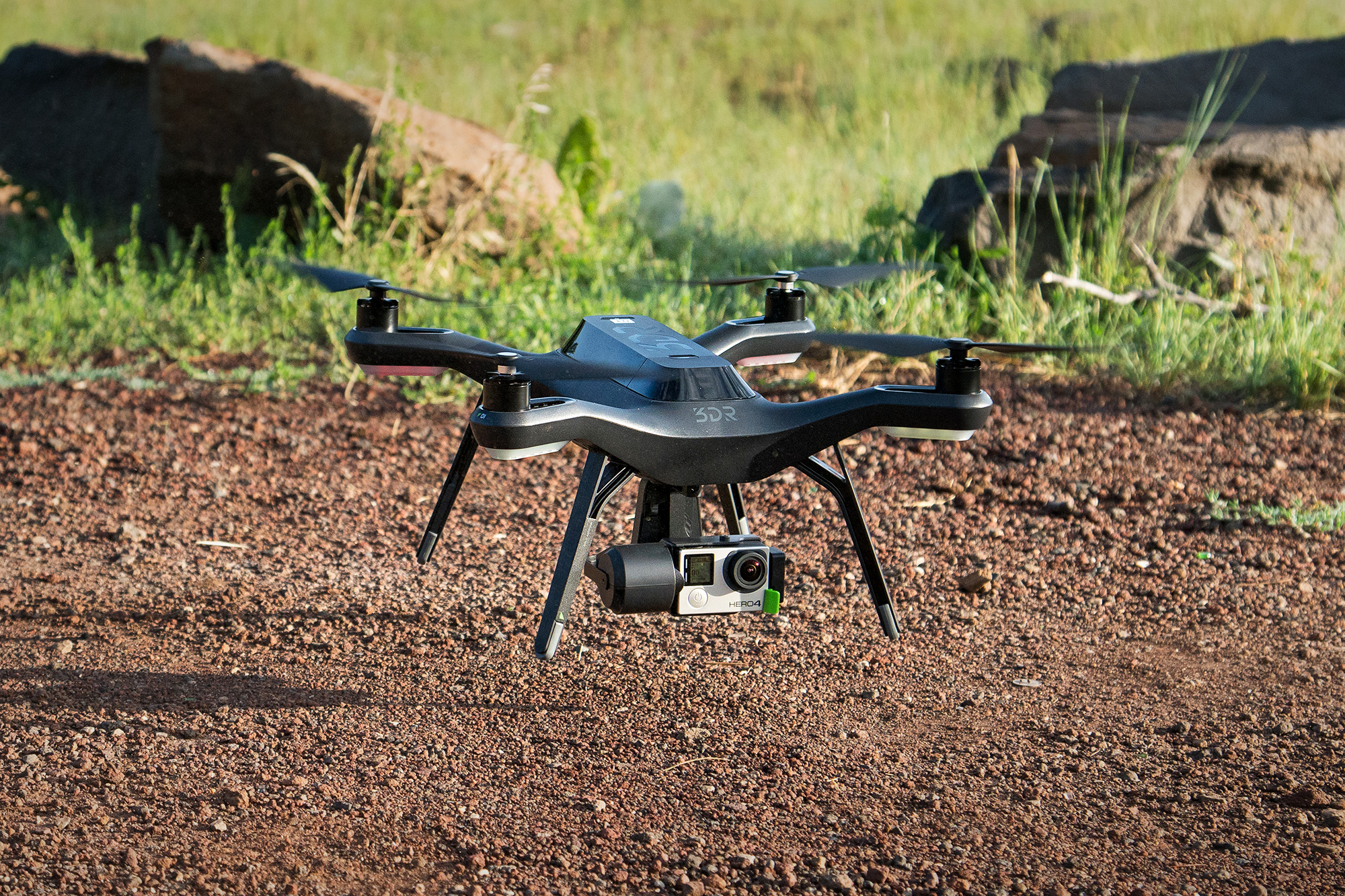 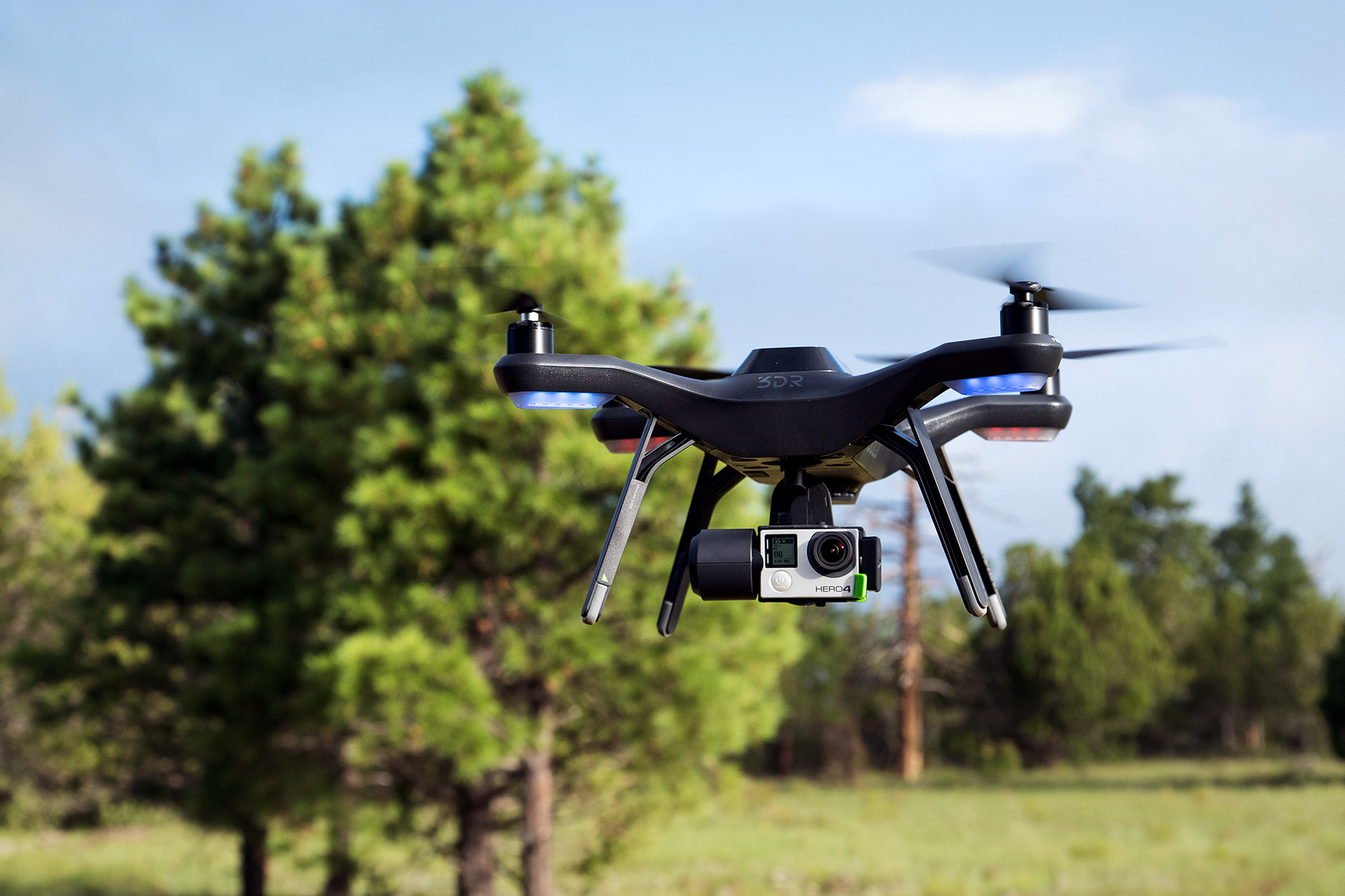 In the air, Solo’s performance can be set from “Very Slow” to “Very Fast” so that you can learn to fly with Solo’s movement speed limited, and gradually raise it up as you gain confidence in flying. One of the greatest features for new pilots is the pause button. Just like your DVR, if at any time you hit the pause button in flight, Solo will stop moving and hover in place. If you hold down the pause button, Solo will retrace its flight path as long as you have a GPS fix. So if you accidentally fly behind a tree, Solo can rewind itself back out from behind said tree. Solo also has return to home, and a press of a button will bring Solo right back to where it took off. 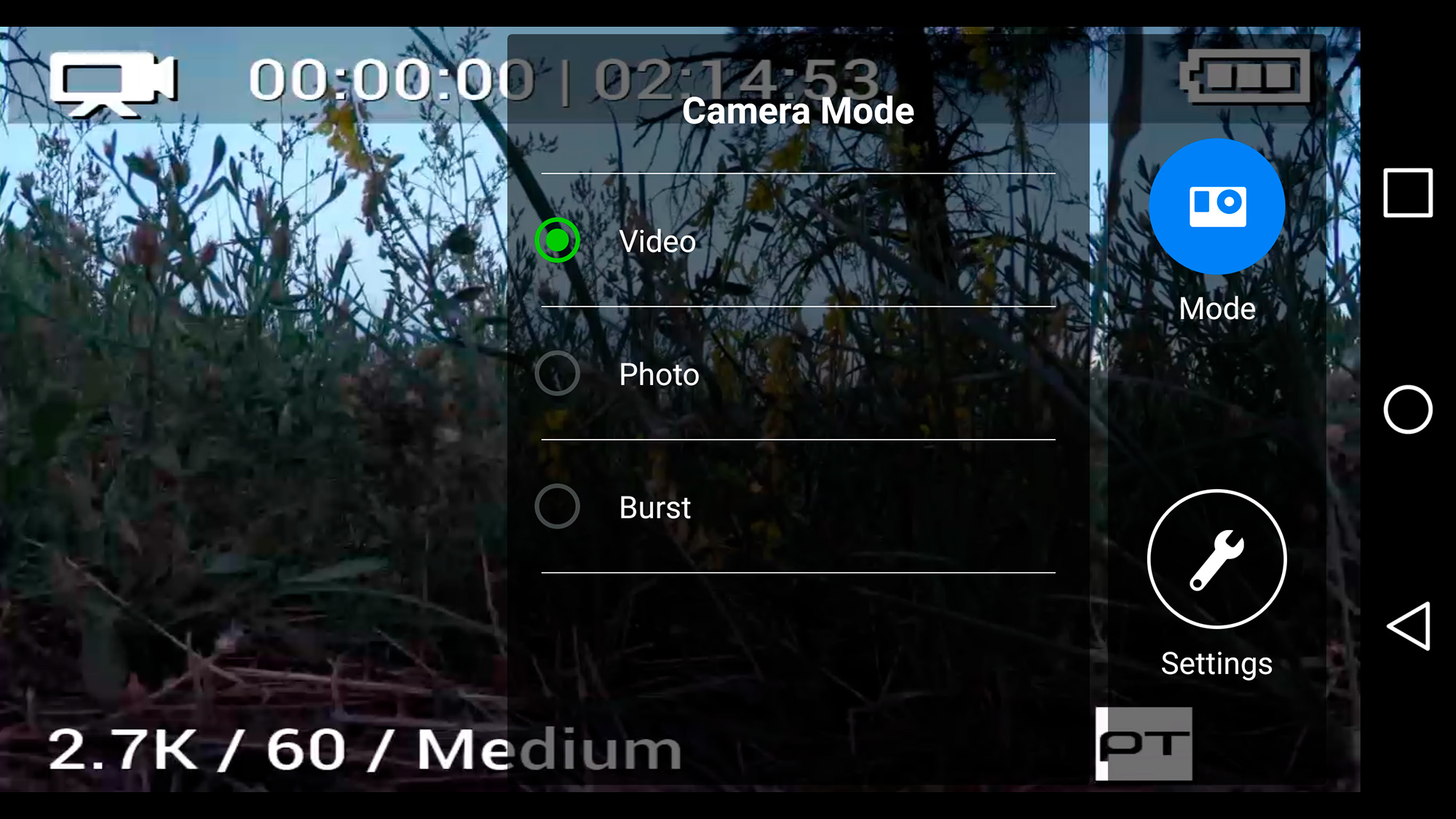 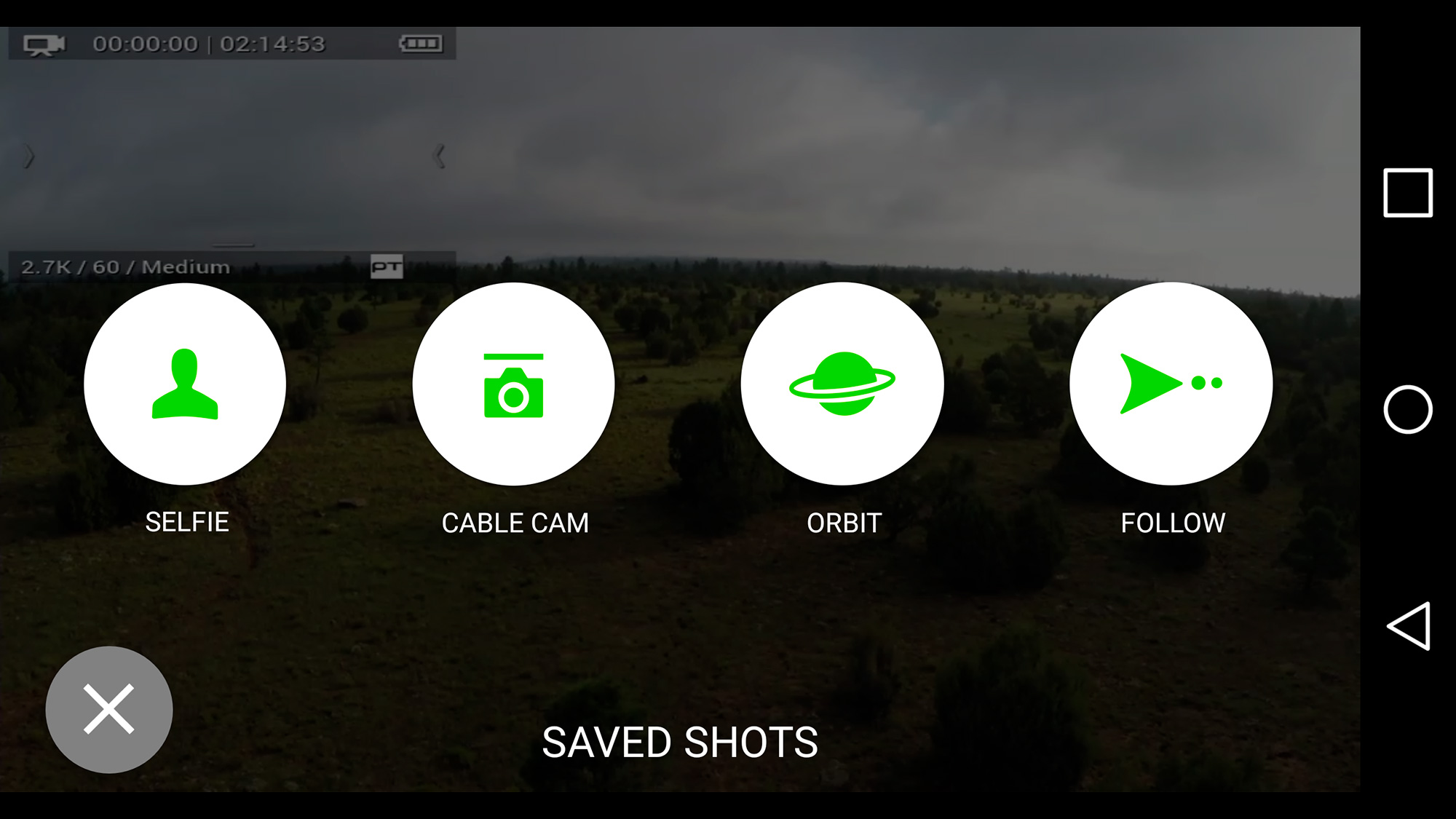 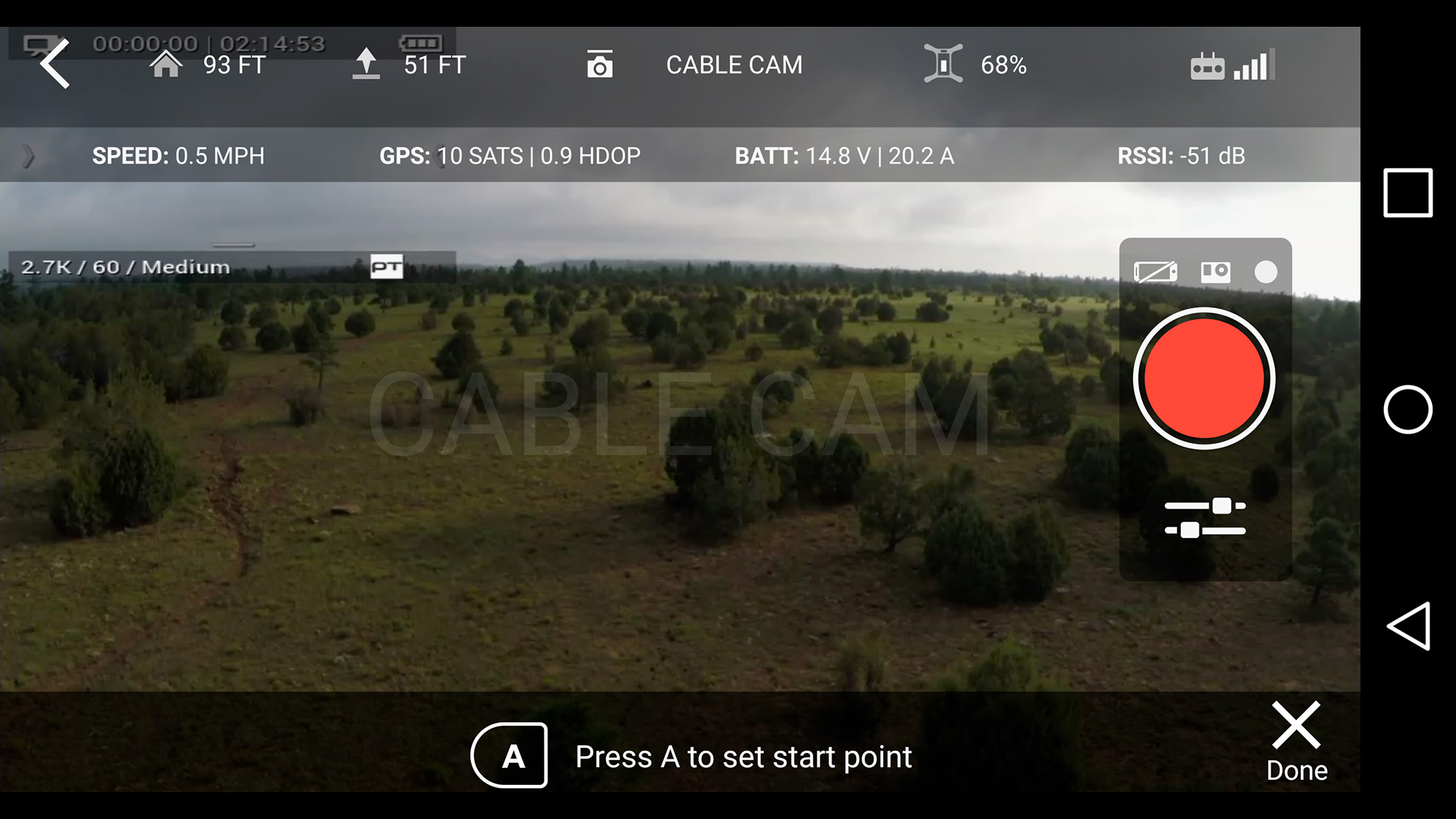 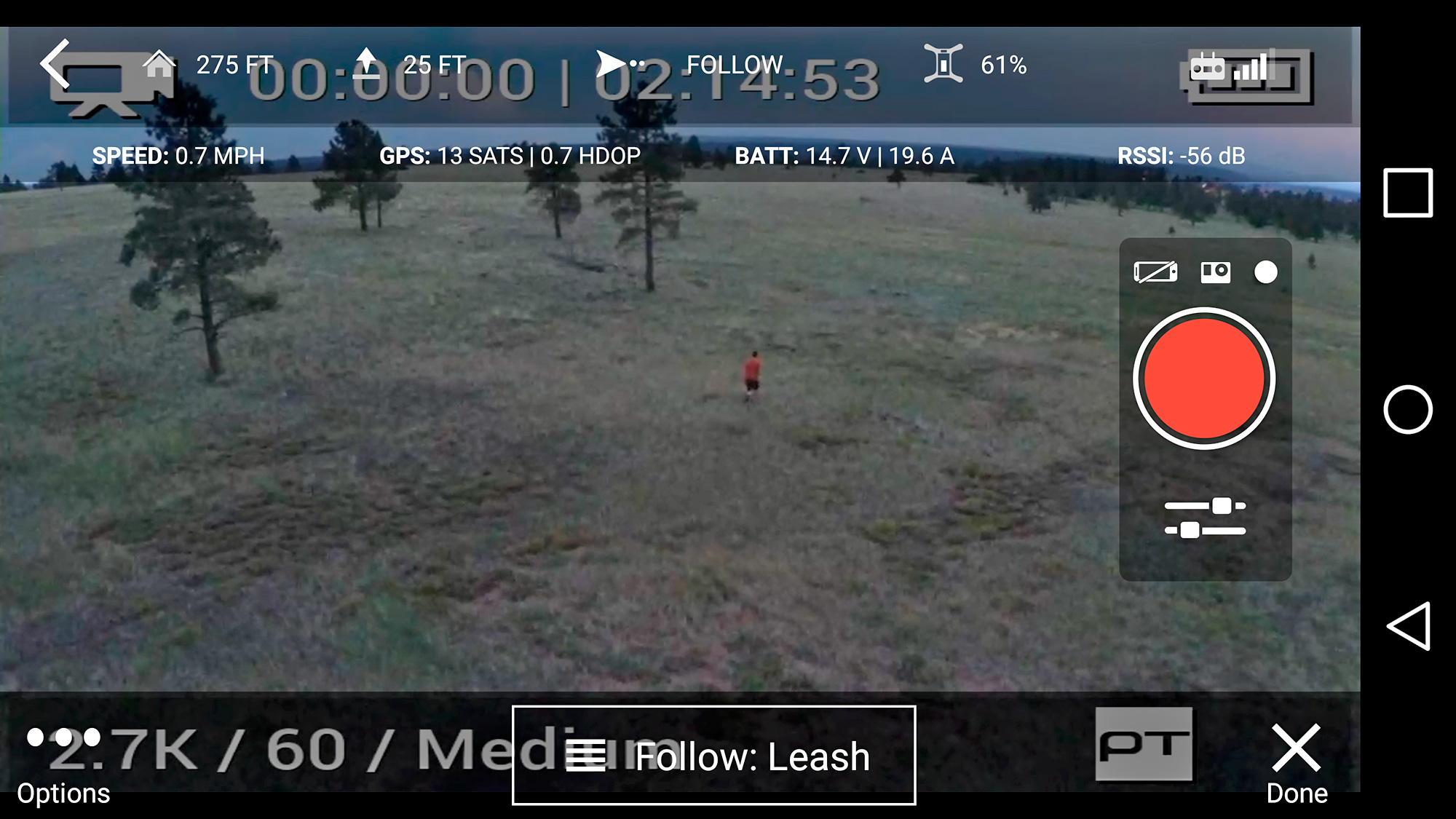 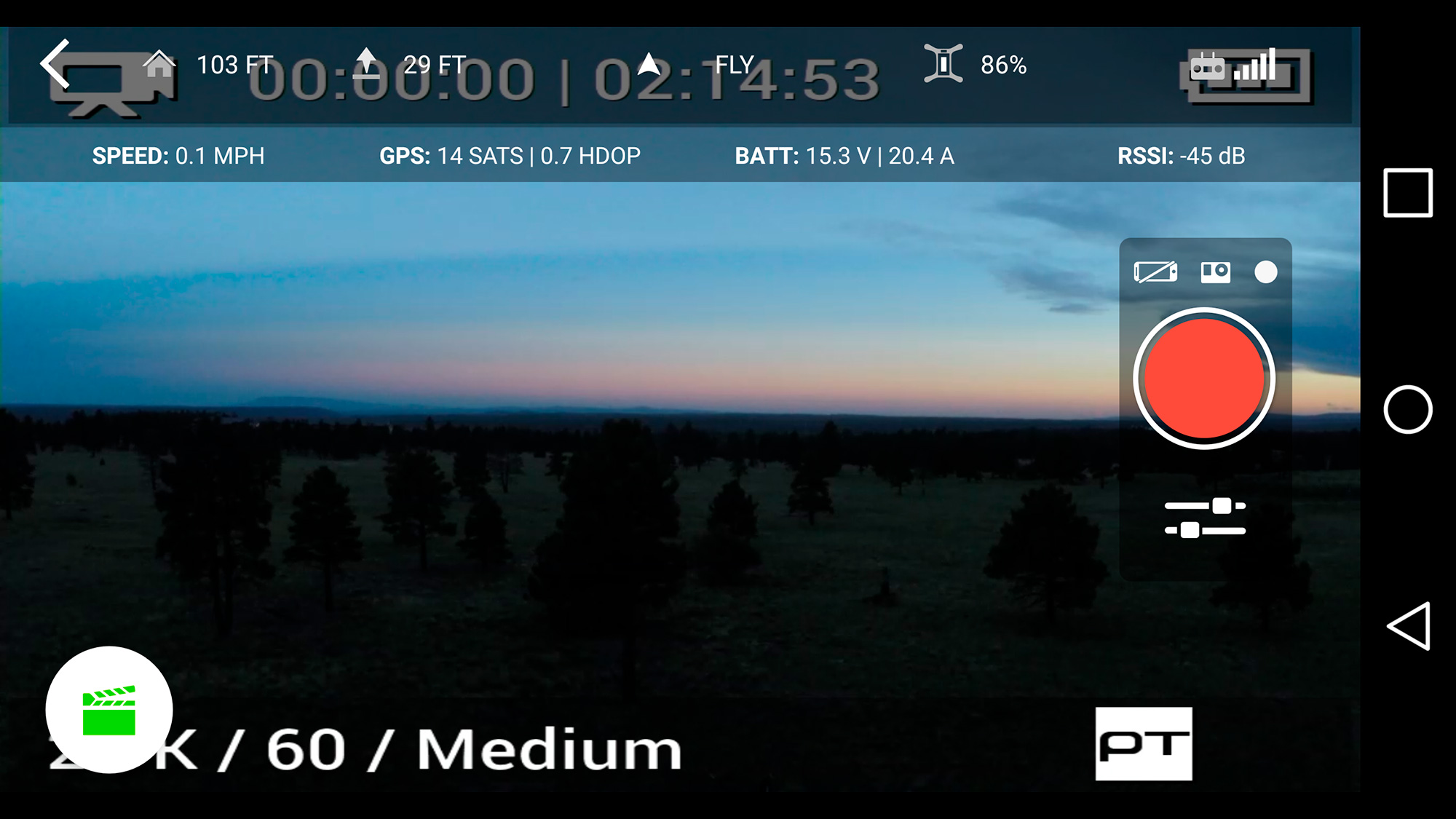 Flying a drone isn’t too complicated, but getting great cinematic-looking shots can be a challenge. Thankfully, Solo makes capturing great looking content easier with its built-in smart shots. With just a few taps in the Solo app you can configure Solo to follow you around, orbit around you while you’re in place or moving, and a number of other shots that are all done autonomously. Solo does the flying and filming so you can focus on your ride, drive, paddle, or whatever adventure you happen to be getting into. The days of setting up a camera on a tripod, riding or driving past it, and then having to go pick it up are history. With Solo you can setup a moving shot, or just fly it to a cool composition, and let Solo hover in place while you move through the frame. 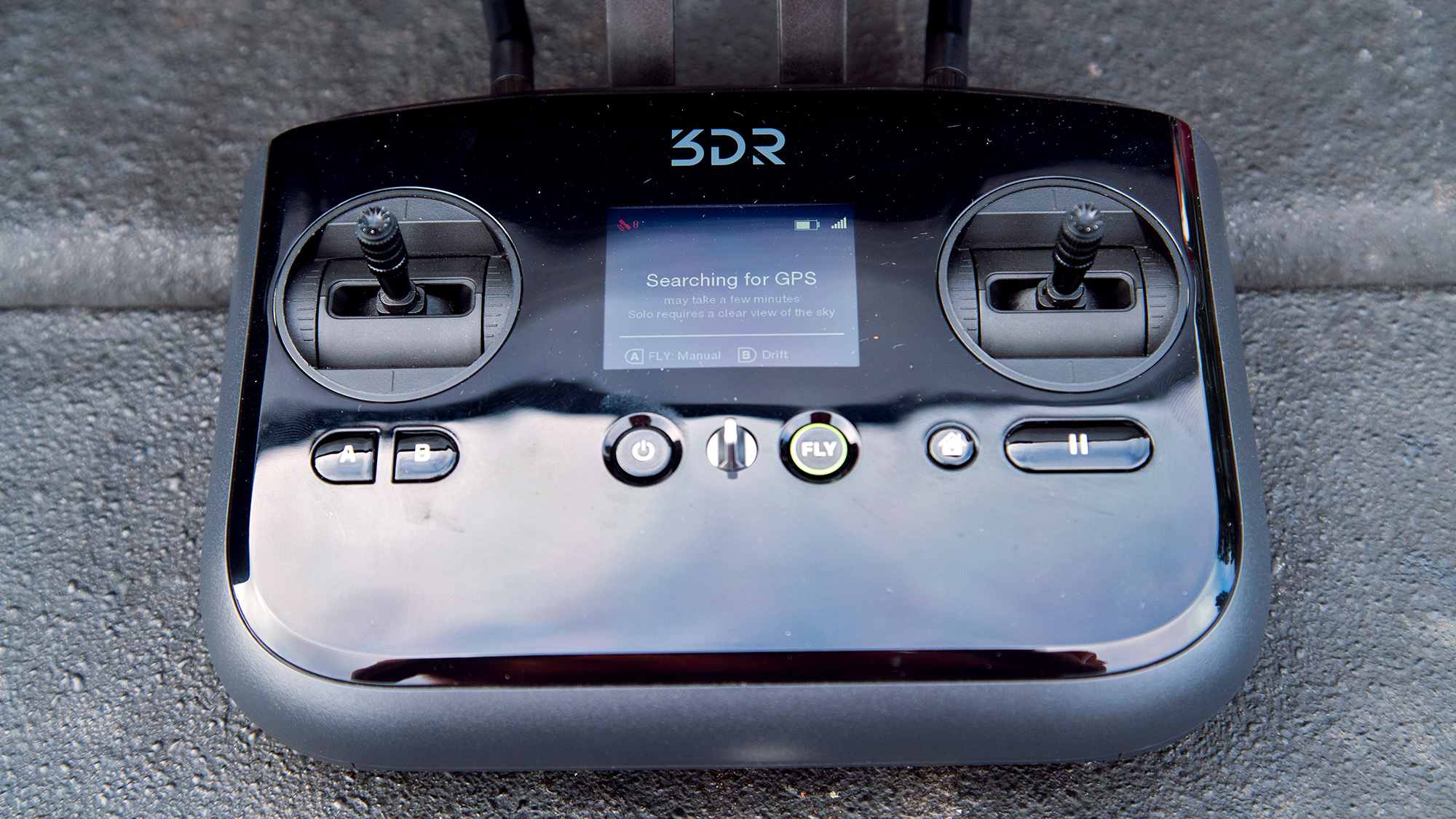 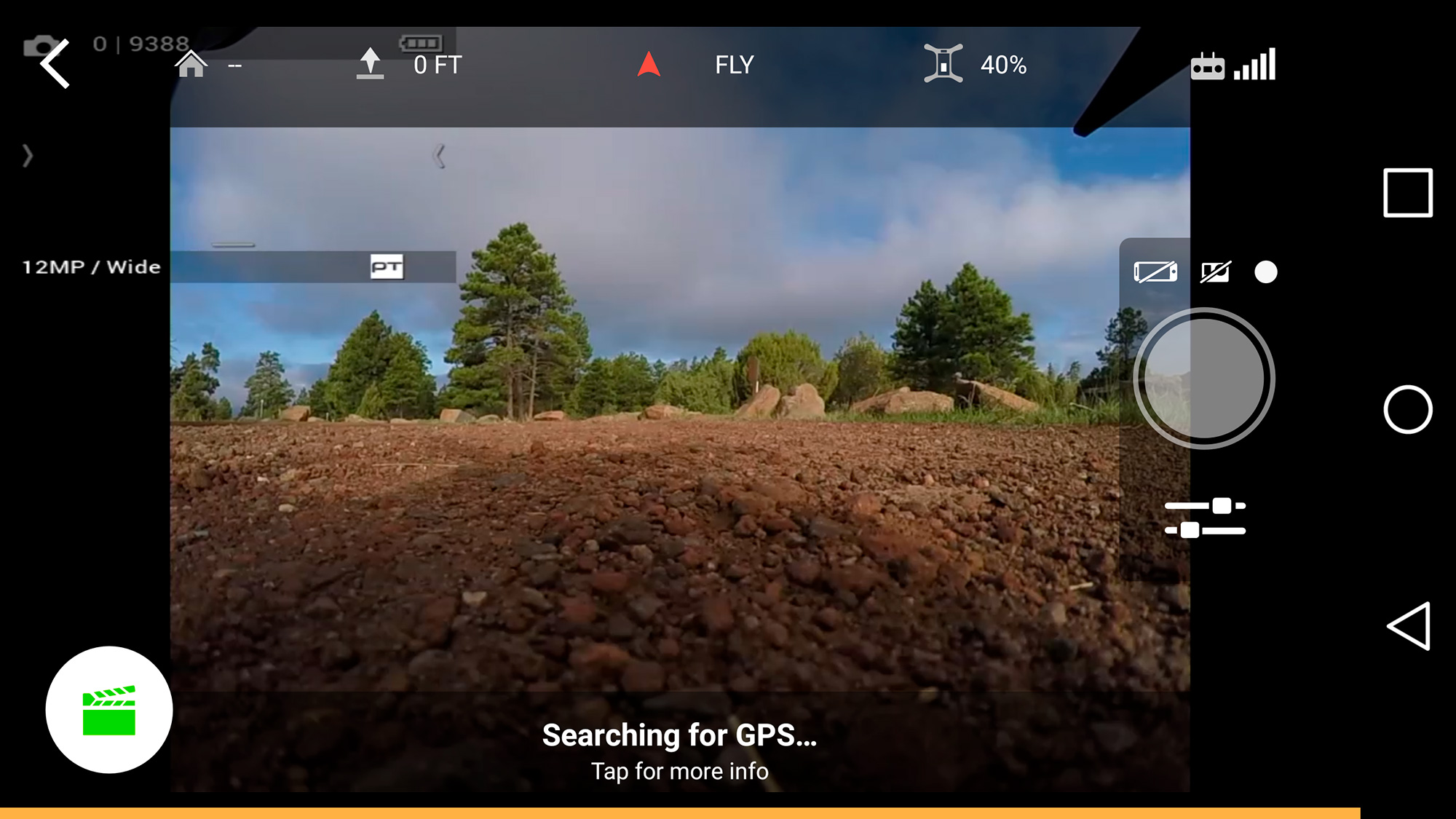 Solo isn’t without fault however, there are a few quirks worth mentioning. All of the smart shots and even hovering in place are largely dependent on a strong (strong meaning low Horizontal Dilution Of Precision or HDOP) GPS fix. Yet, the GPS module in Solo can only receive signals from the United States GPS constellation, and not the Russian GLONASS constellation. What this means is that sometimes Solo can take a few minutes to acquire a sufficient GPS fix to fly with. Other drone manufactures (DJI, I’m looking at you) use both the GPS and GLONASS constellations for their receivers, so they tend to acquire a GPS fix faster, and hold it better (again, in terms of HDOP). In real world use this isn’t a deal-breaker, but waiting for a GPS fix before you fly can get old pretty quickly. The other thing, and this is something that other folks who have reviewed Solo have pointed out, is that the transmission range is nowhere near as good as some of the other drone manufactures out there (such as DJI Lightbridge). Yet, in my experience, Solo will easily go far enough away from you that you’re not going to be able to see it with your naked eye. And believe me, there are all kinds of cool shots that you can get without needing to fly that far away from yourself. 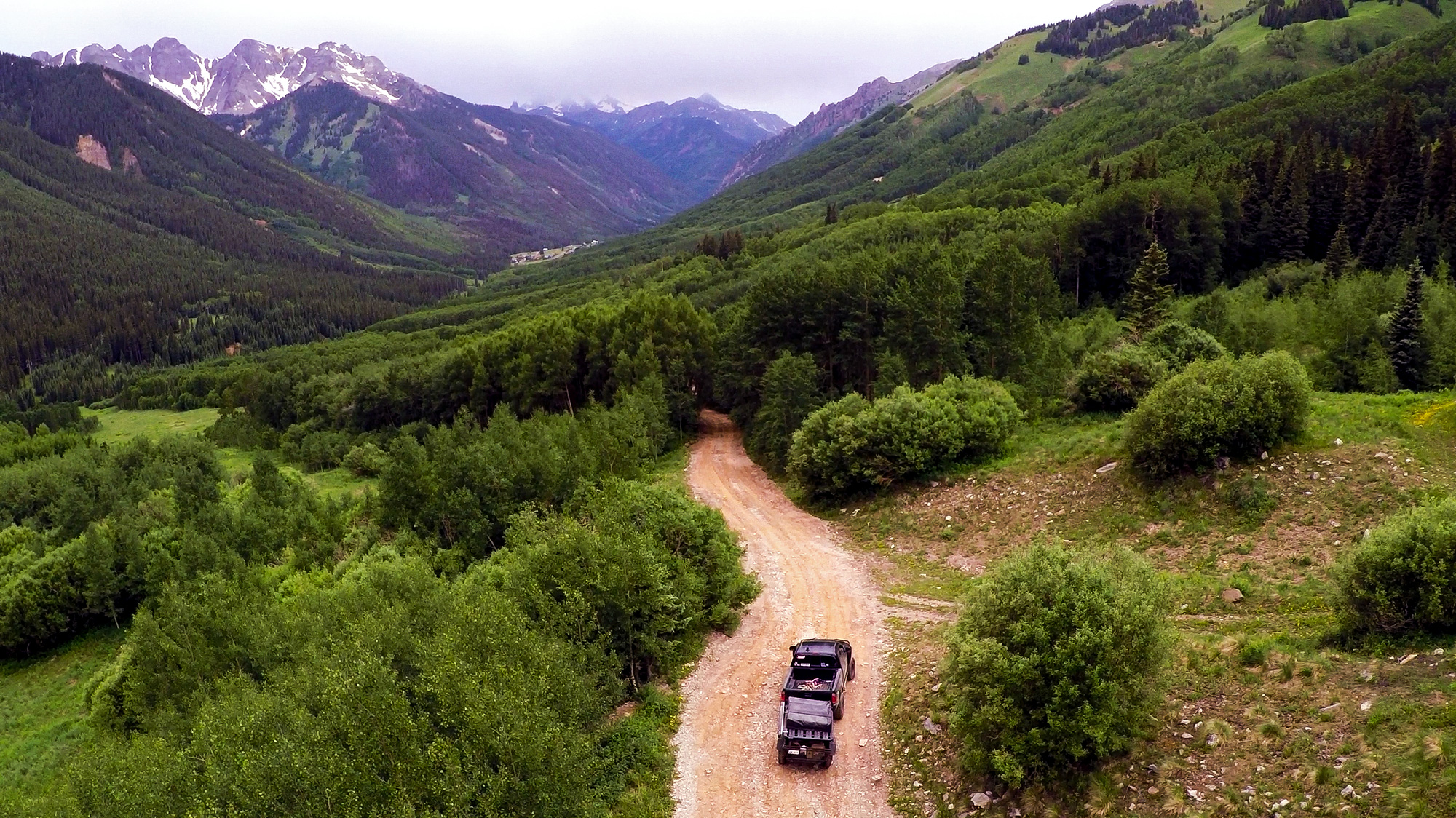 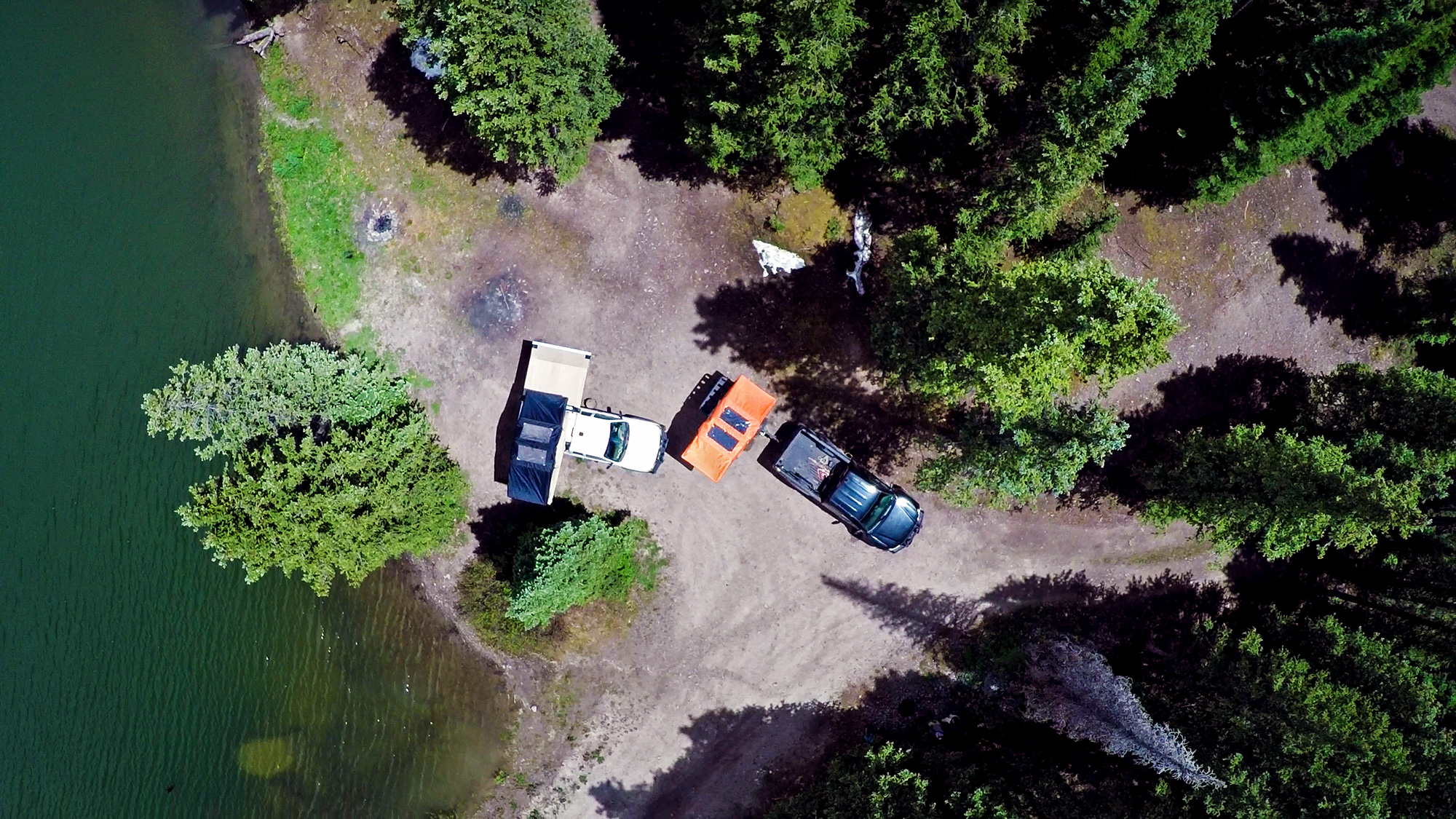 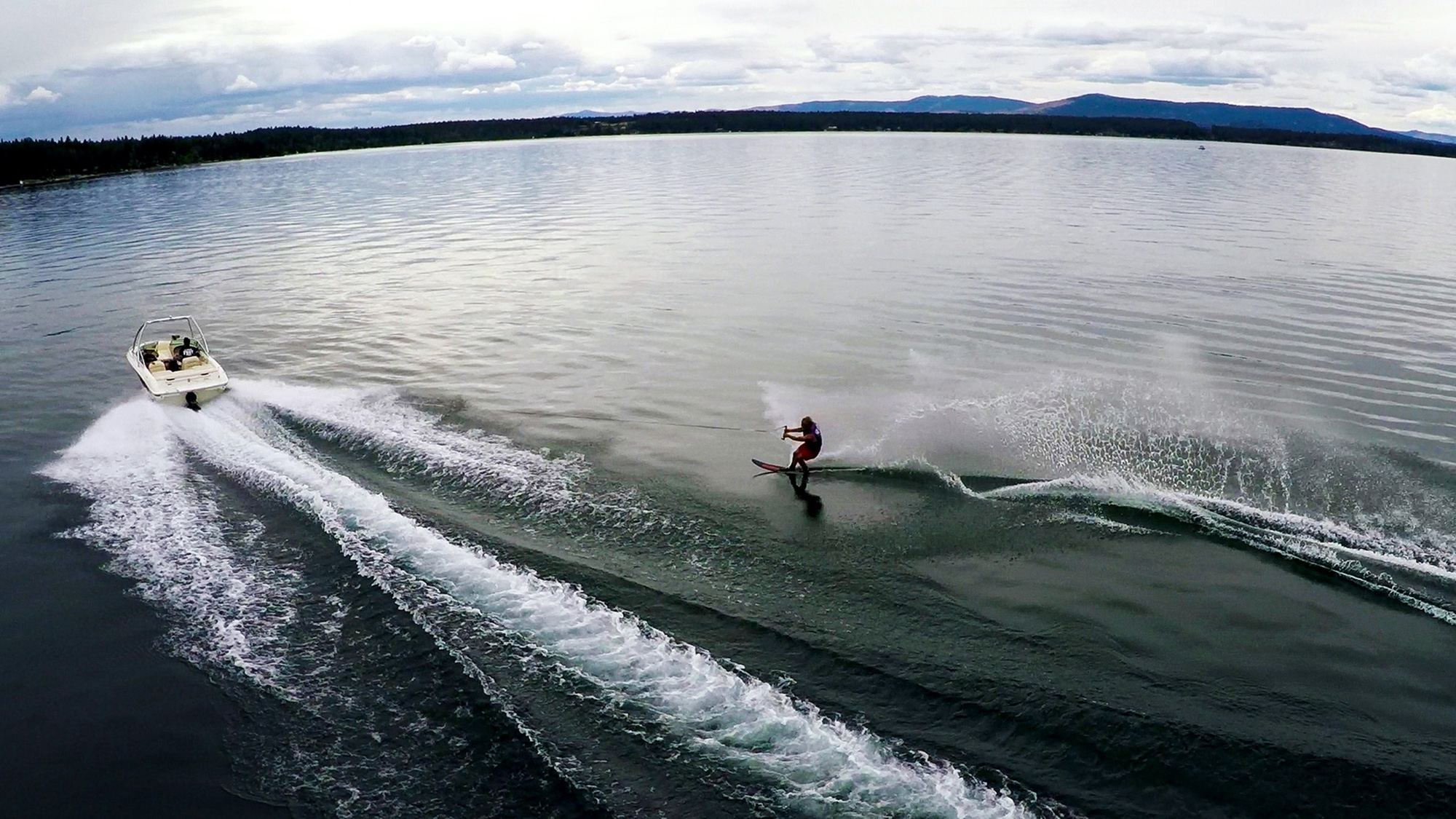 Drones have completely changed the way that I document my adventures. Having Solo in your backpack is like having an entire Hollywood studio at your command wherever you happen to be. With Solo, you can replicate and create all kinds of mind-blowing camera moves, and take advantage of perspectives and compositions that were never before possible. Solo stands to become an even better flying camera if the rumored GoPro Hero 5 works with the Solo gimbal. There is an entire line of Made For Solo accessories that let you expand the function of your drone in new and exciting ways. For a drone that fits everything you need into a backpack, uses a proven camera that many folks will already have, and allows even new pilots to pull off awesome cinematic shots with smart shots, Solo is a great piece of kit for any adventurist. 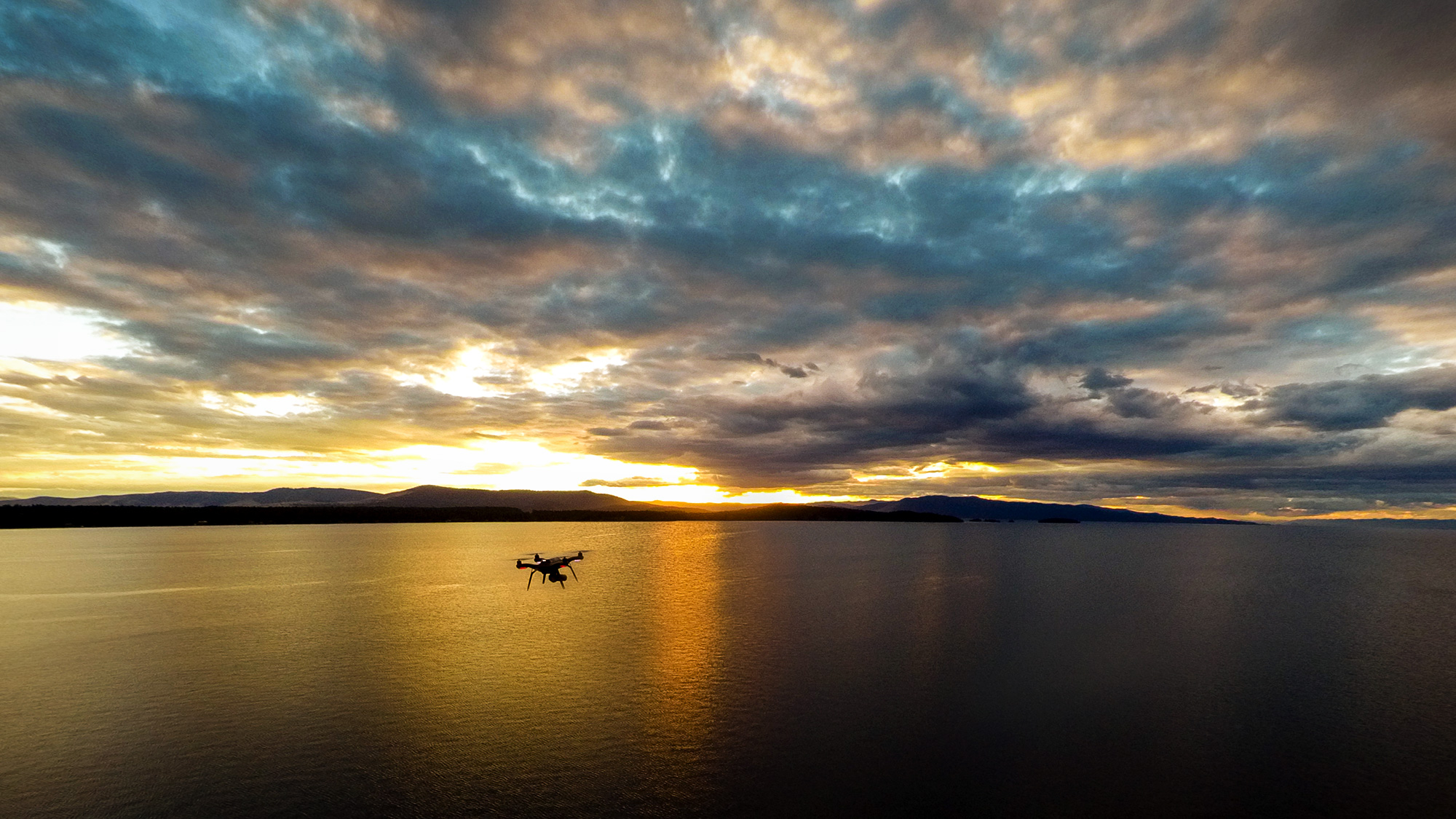 For more information on Solo, visit 3drobotics.com. Note: the Federal Aviation Administration (FAA) requires all drones operated in the United States to be registered. To register your drone and to get educated please visit: faa.gov/uas.