“You don’t have to see it to ski it” Forrest exclaimed as he surveyed the nondescript white-everything that was the world around us. “True story!” I replied with a laugh, pausing to look around and seeing nothing other than white in every direction. On a bluebird day, we would be standing on the top of a ridge at just shy of 13,000 feet above sea level in the San Juan Mountains. To the West, we would be able to see the La Sal Mountains outside of Moab, UT. And from the Northwest, circling around the compass in a clockwise orbit all the way to the Southwest, we should have stunning views of the Colorado Rockies. Yet today, we were standing in a ground blizzard with visibility at no more than 25 feet and the wind was actively trying to un-shoulder our skis. Our objective was a narrow chute carved into the Northwest ridge of Palmyra peak – and if my hunch was correct, it was going to be chock-full of fluffy new snow. 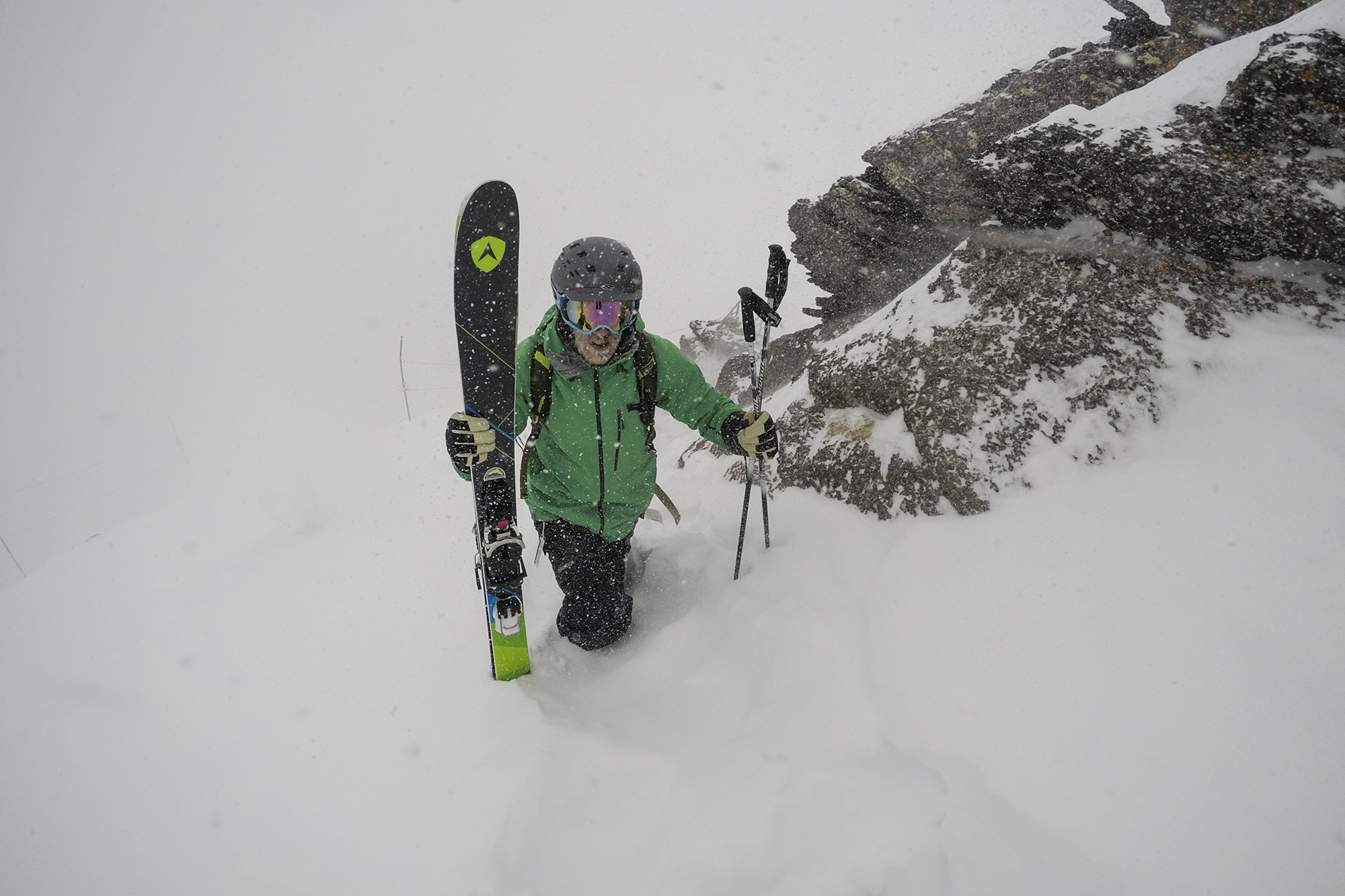 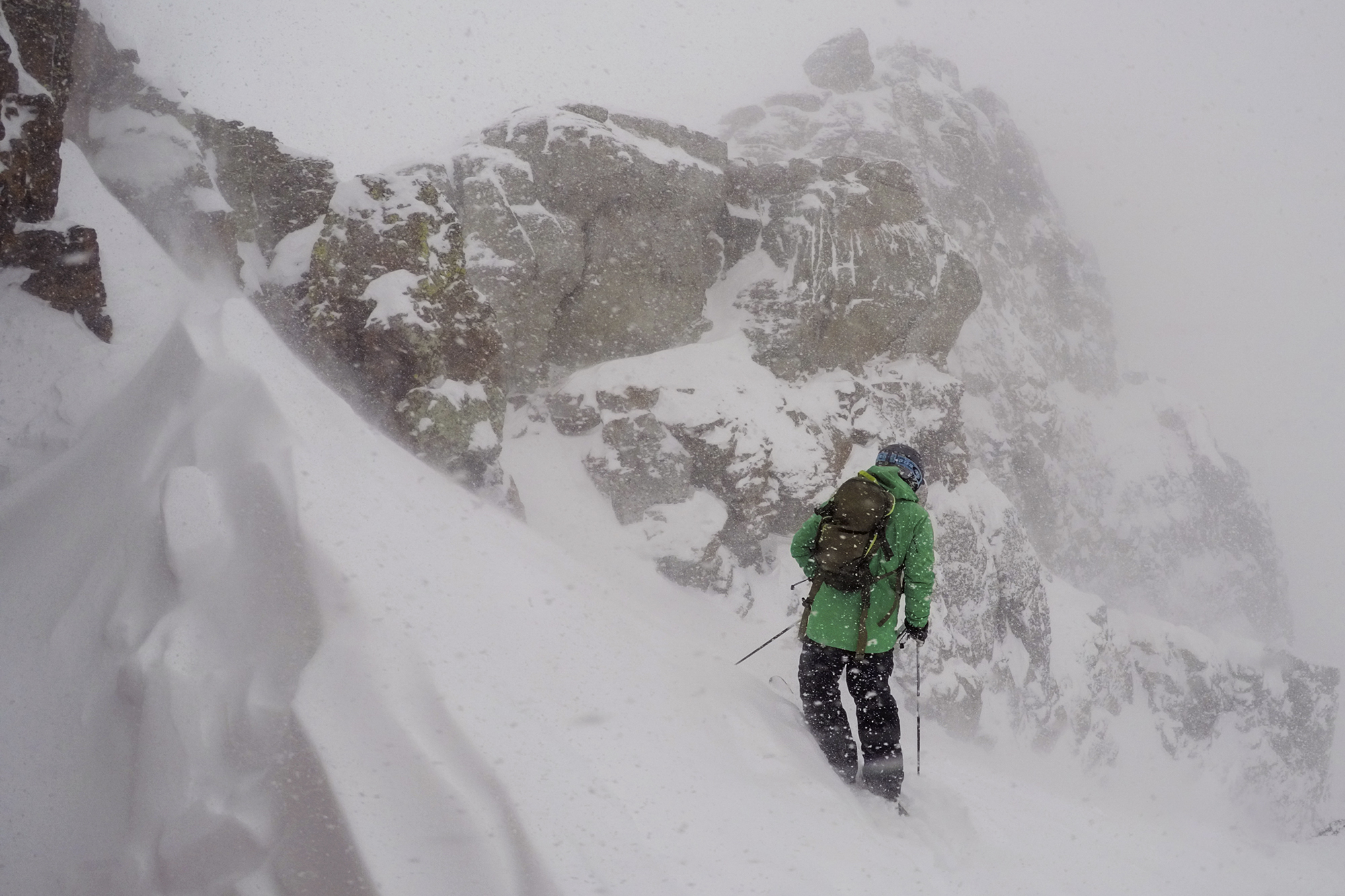 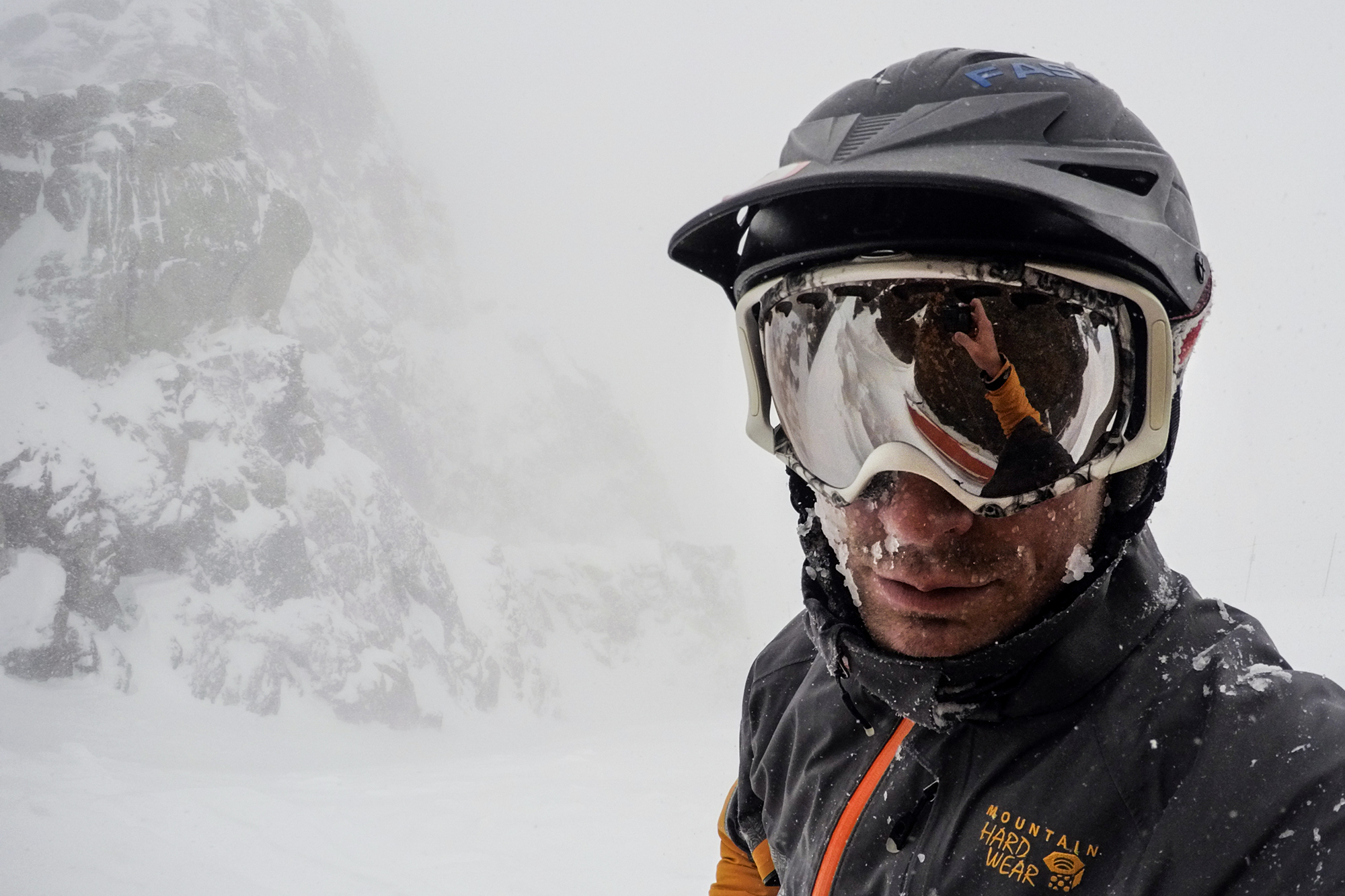 The series of events that lead Forrest and I to the place where ice was forming on the windward side of my face even without a beard started a few days ago, with conversations that tend to repeat themselves every time a snowstorm is on the horizon. When the predictions for total accumulation were measured in inches, talk of making a trip home to ski was casually brought up. When the total accumulation started closing in on a foot, and the Flagstaff school district started talking about snow days, we started seriously thinking about going skiing. And when the National Weather Service pulled out the serious red forecast background (it’s a thing) and started talking about feet of total accumulation, we knew we had to make it to Telluride. We would be travelling long after the storm had started to turn the Southwest white, but if the forecast panned out, we would be looking at some exceptional powder skiing conditions. 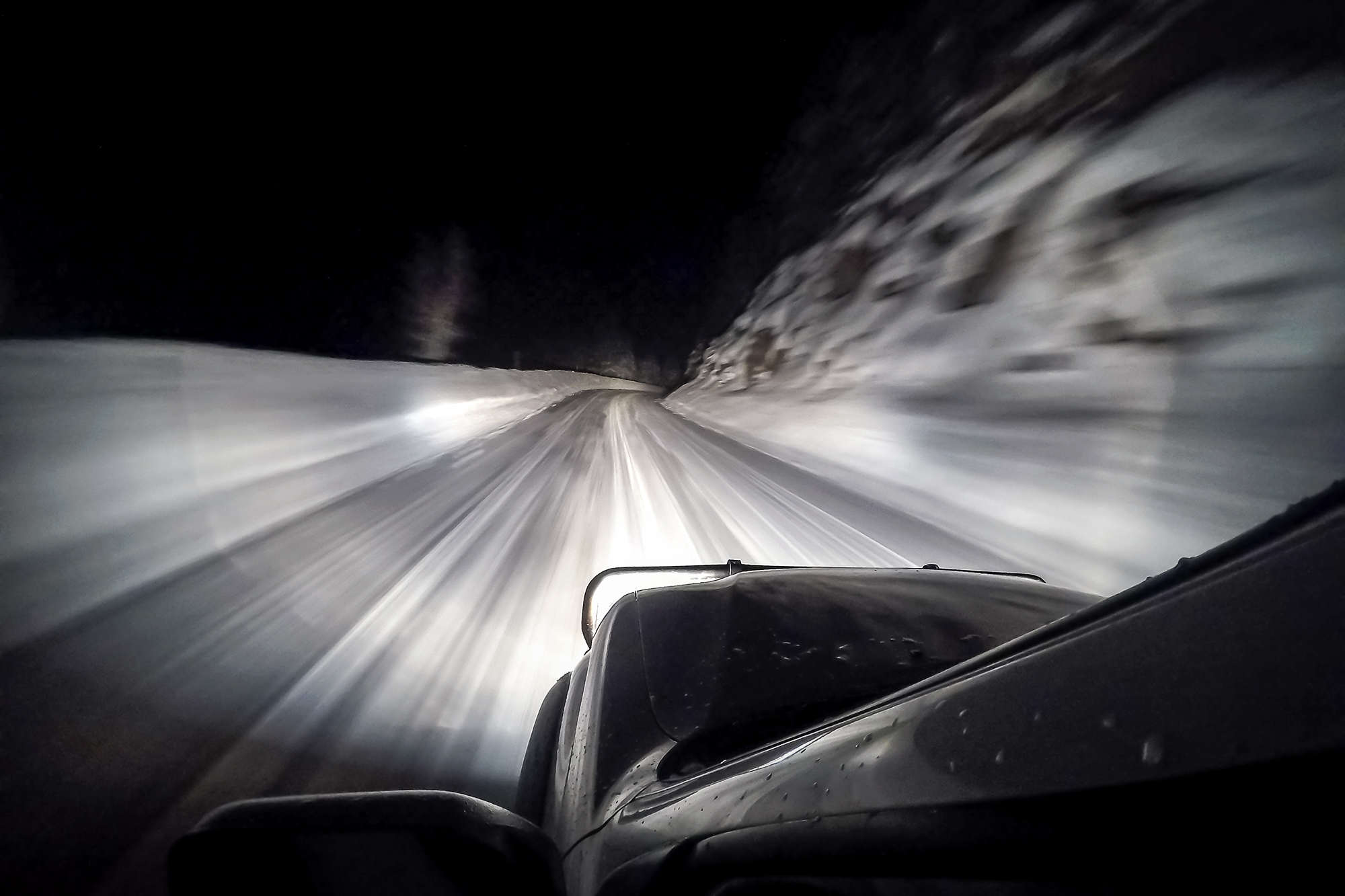 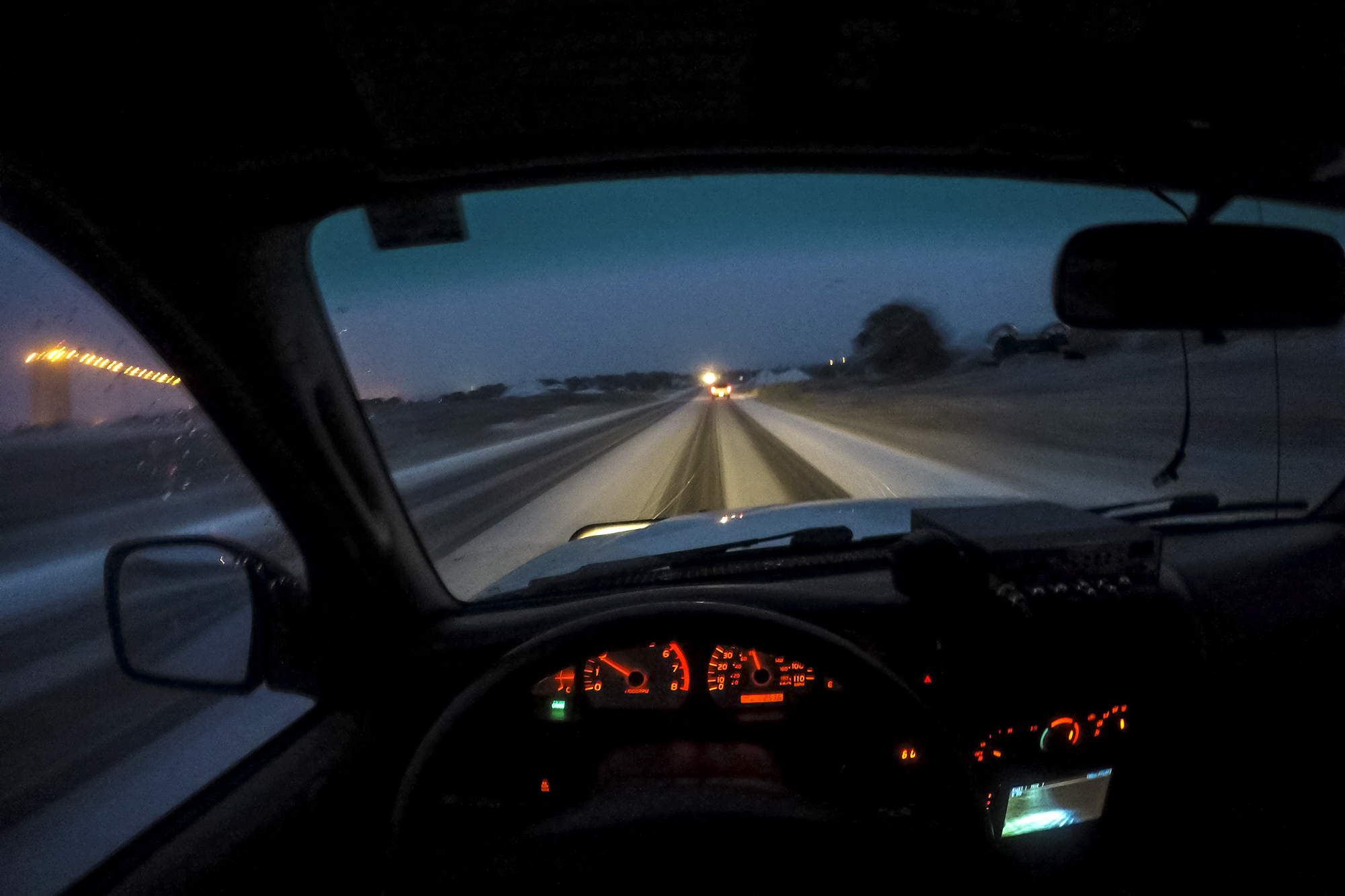 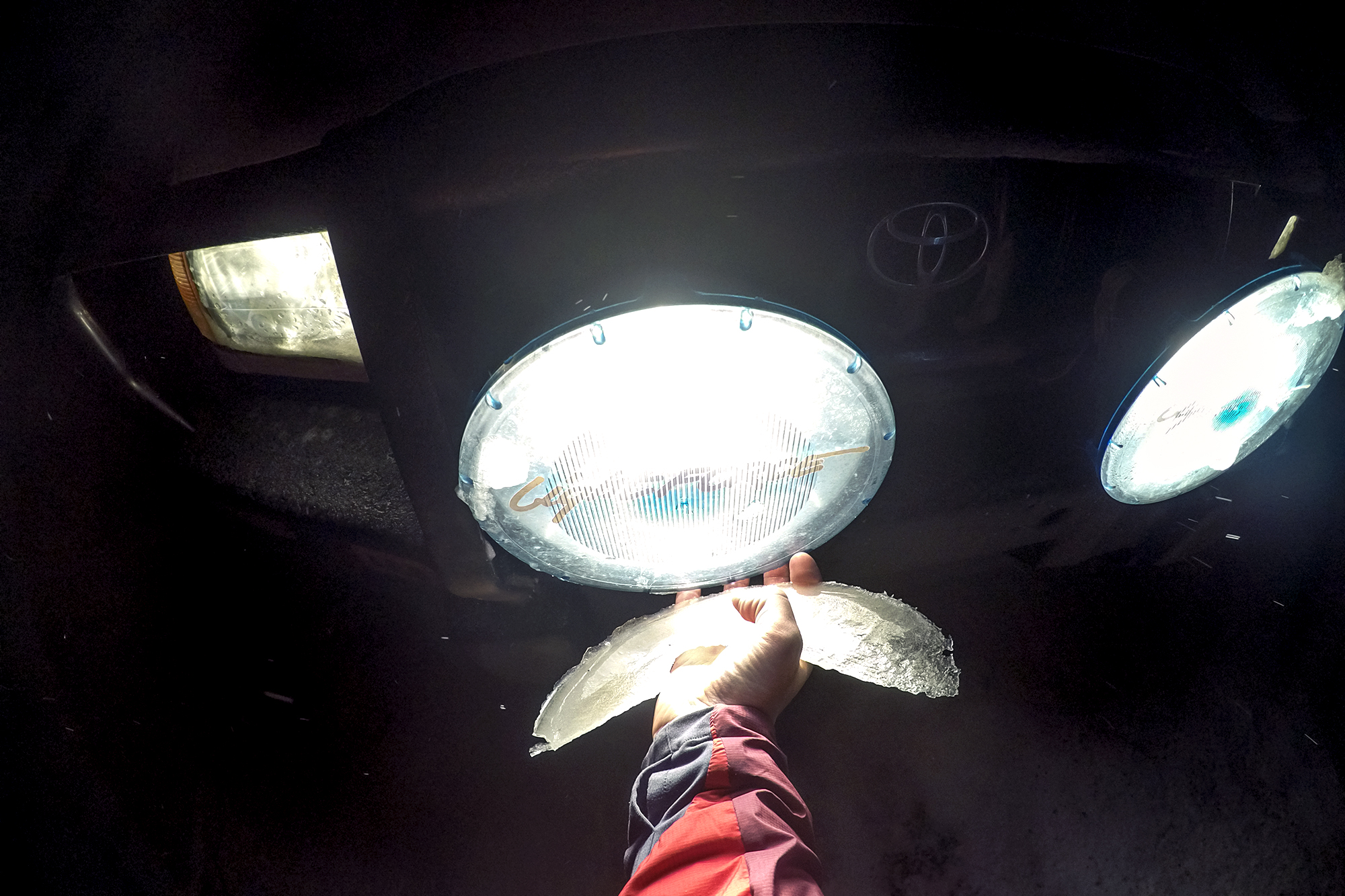 Our drive to Telluride took us through periods of intense snowfall that would stop just as suddenly as they would start. After exiting each period of precipitation, we would stop to de-ice our lights so that we could actually see to the end of our stopping distance on snow-packed roads. Outside of Rico, CO, snowfall was almost non-existent and we were able to take in the sheer volume of snow that had fallen in the San Juan Mountains. The snowbanks on either side of the highway were well over the roof of my truck. Conditions and coverage were going to be excellent for our weekend of skiing.

On Saturday, Forrest and I awoke to heavy snowfall that made the ski area’s report of one whole inch of snow seem like a mistake. We accepted the fact that we weren’t going to get to play in the bottomless powder that we had dreamt about, and opted to go enjoy some of the more technical chutes off of Palmyra peak that we really enjoy skiing. Yet by the time we were shouldering our skis for the hike to the chute, we were walking into a blizzard and there was definitely more than an inch of new snow on the ground. 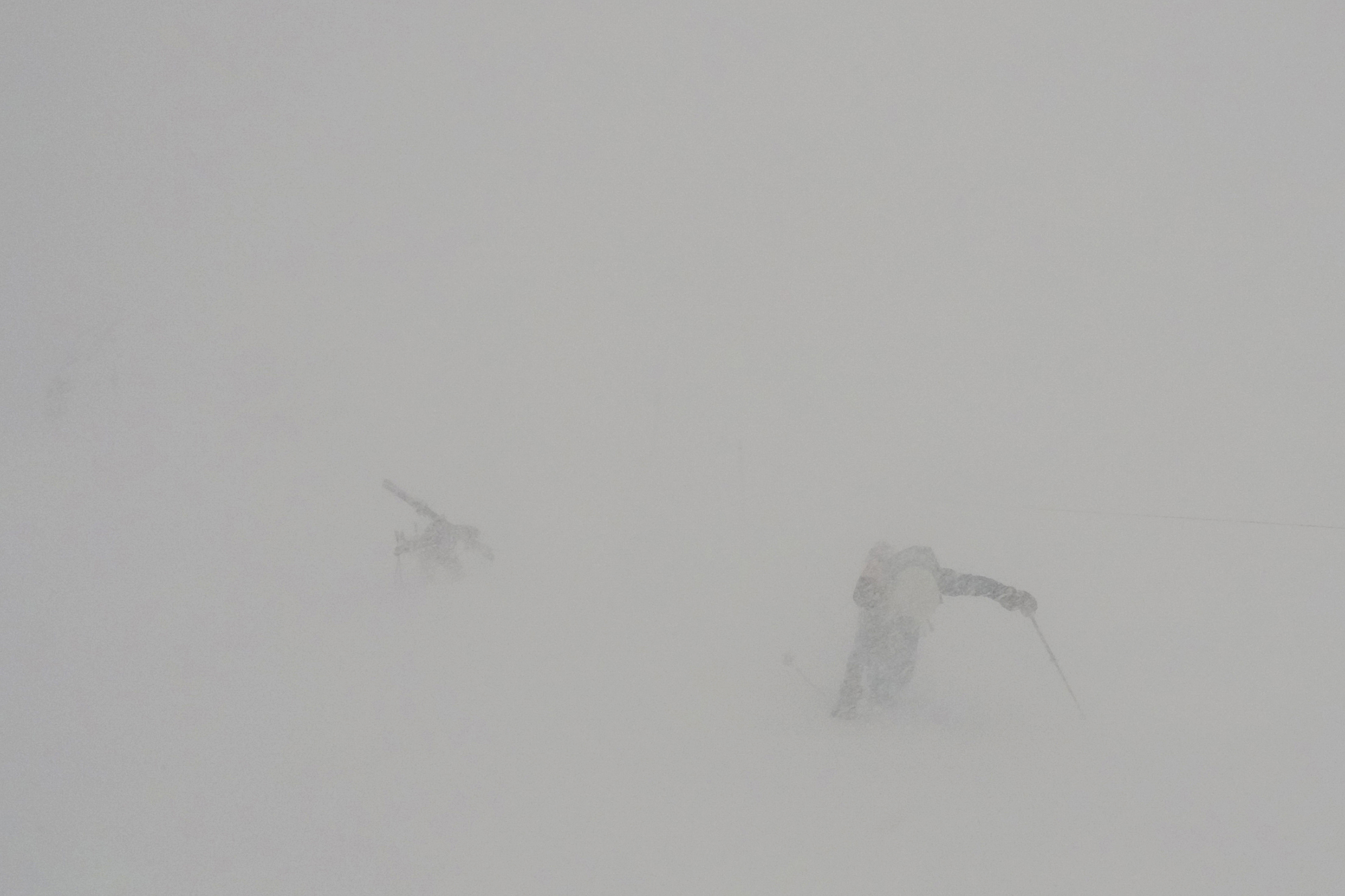 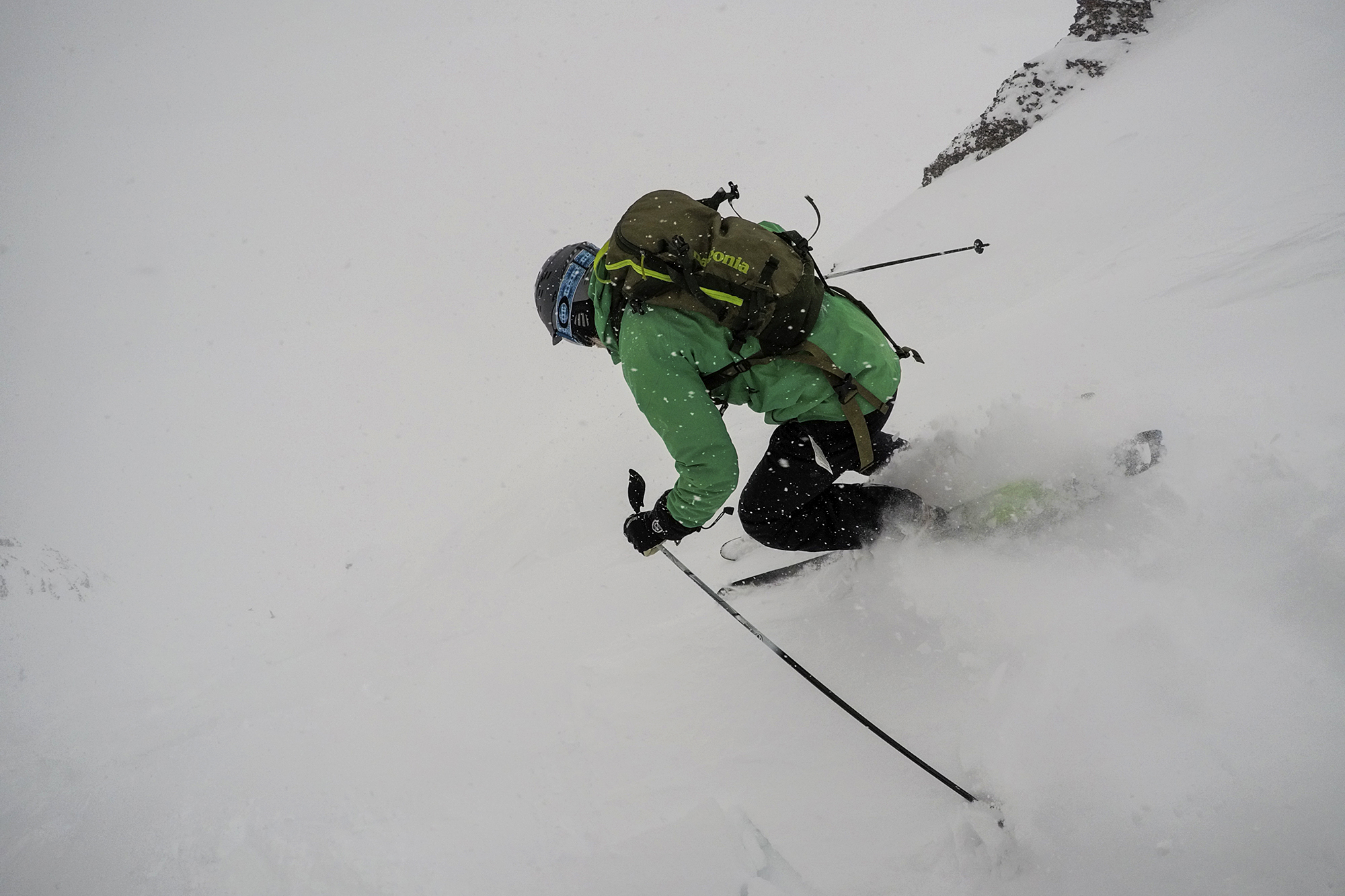 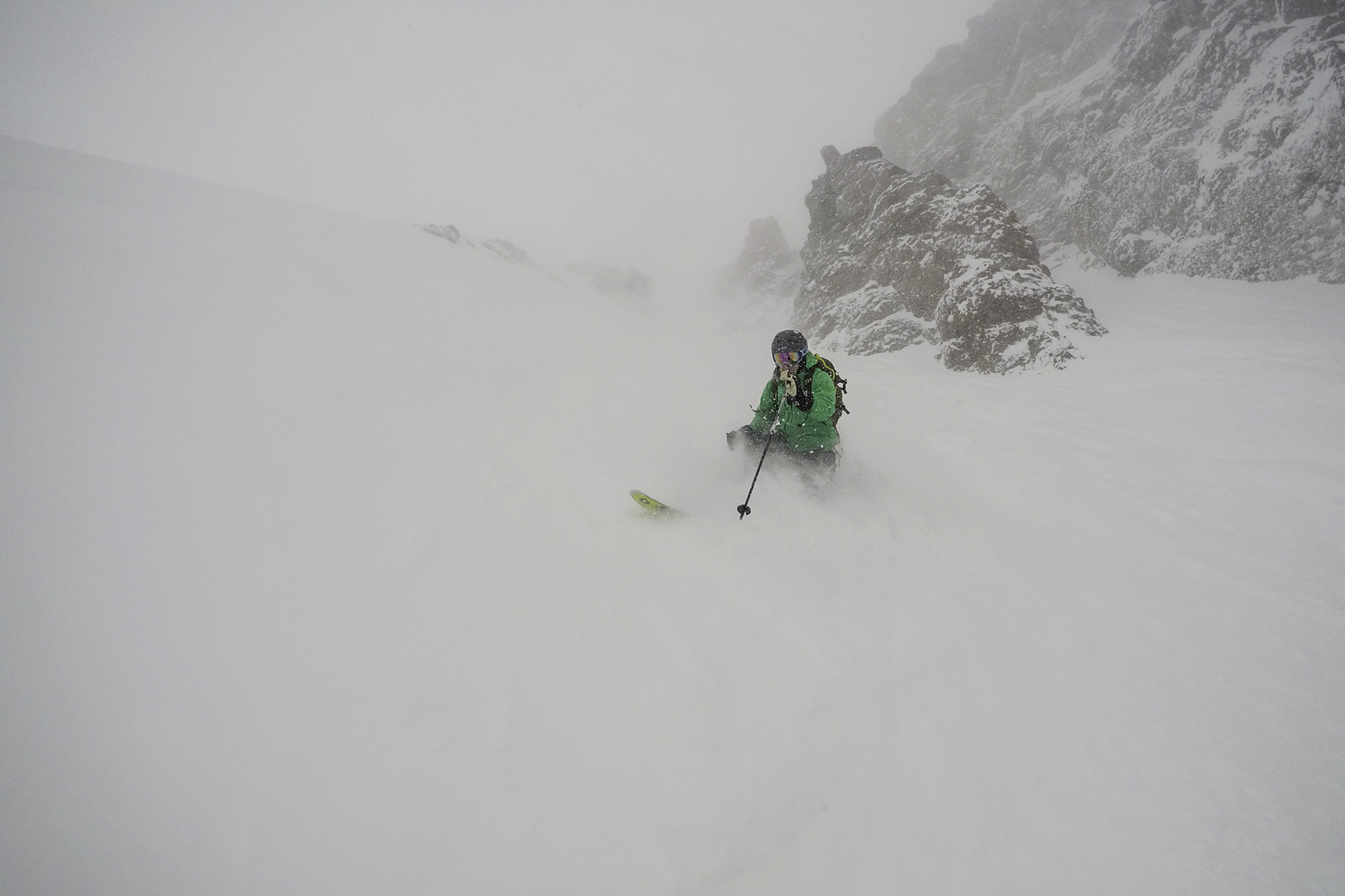 We caught up to and passed another group of skiers on a steeper pitch of the hike. The lead skier was barely ten feet away from me when I turned back to snap a photo with my GoPro. By the time Forrest and I were stepping into our skis at the top of the chute more than a foot of new snow had fallen. Skiing out of the choke in the chute we were rewarded with bottomless new snow and visibility that allowed us to open the taps and ski fast. 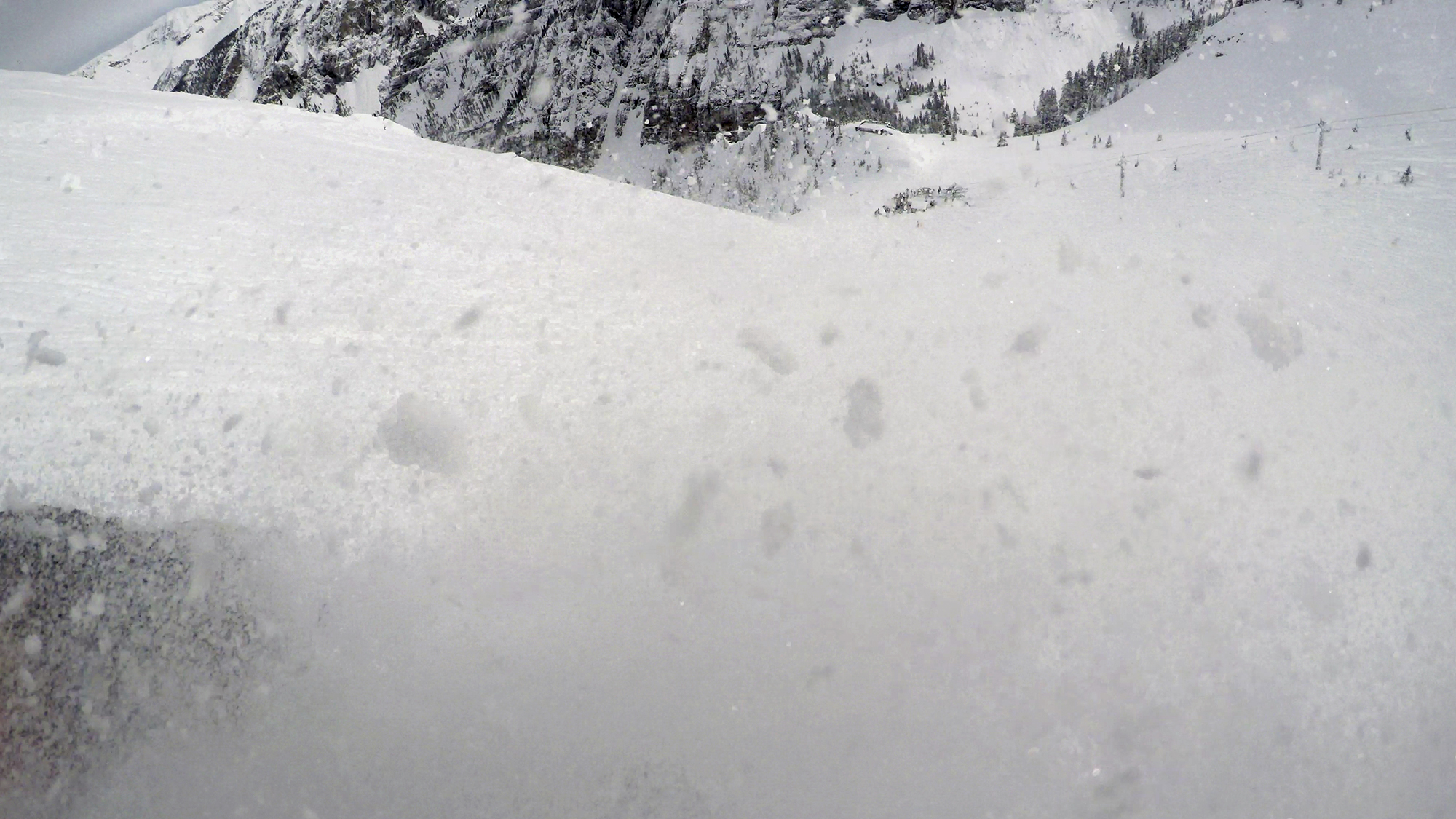 Our run on the chute was the opening salvo to a weekend of world class skiing thanks to a storm that didn’t let up the entire time that we were in Colorado. Sunday was no less enjoyable and Forrest and I ran ourselves into the ground skiing in feet of fresh fluffy snow. 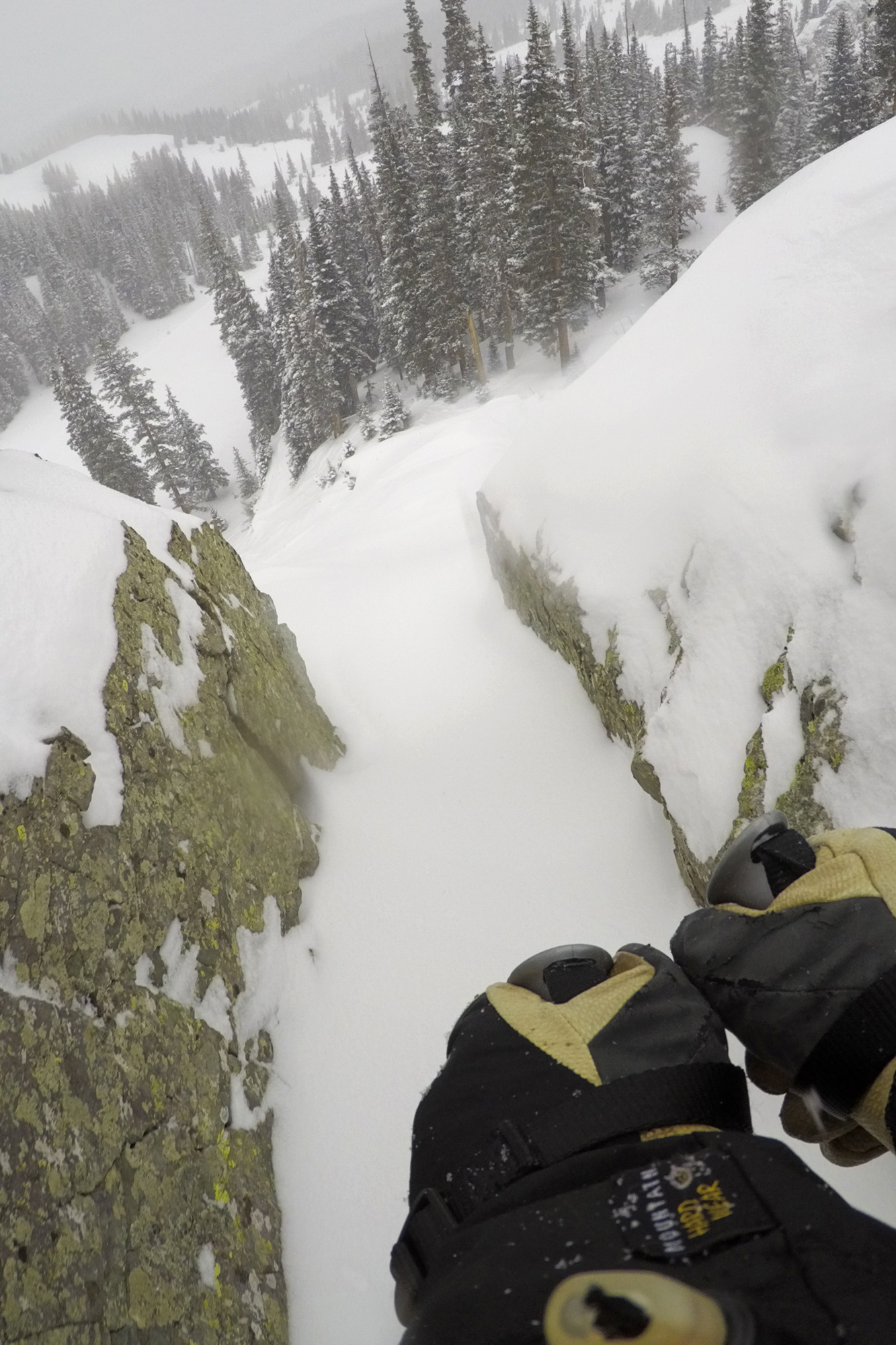 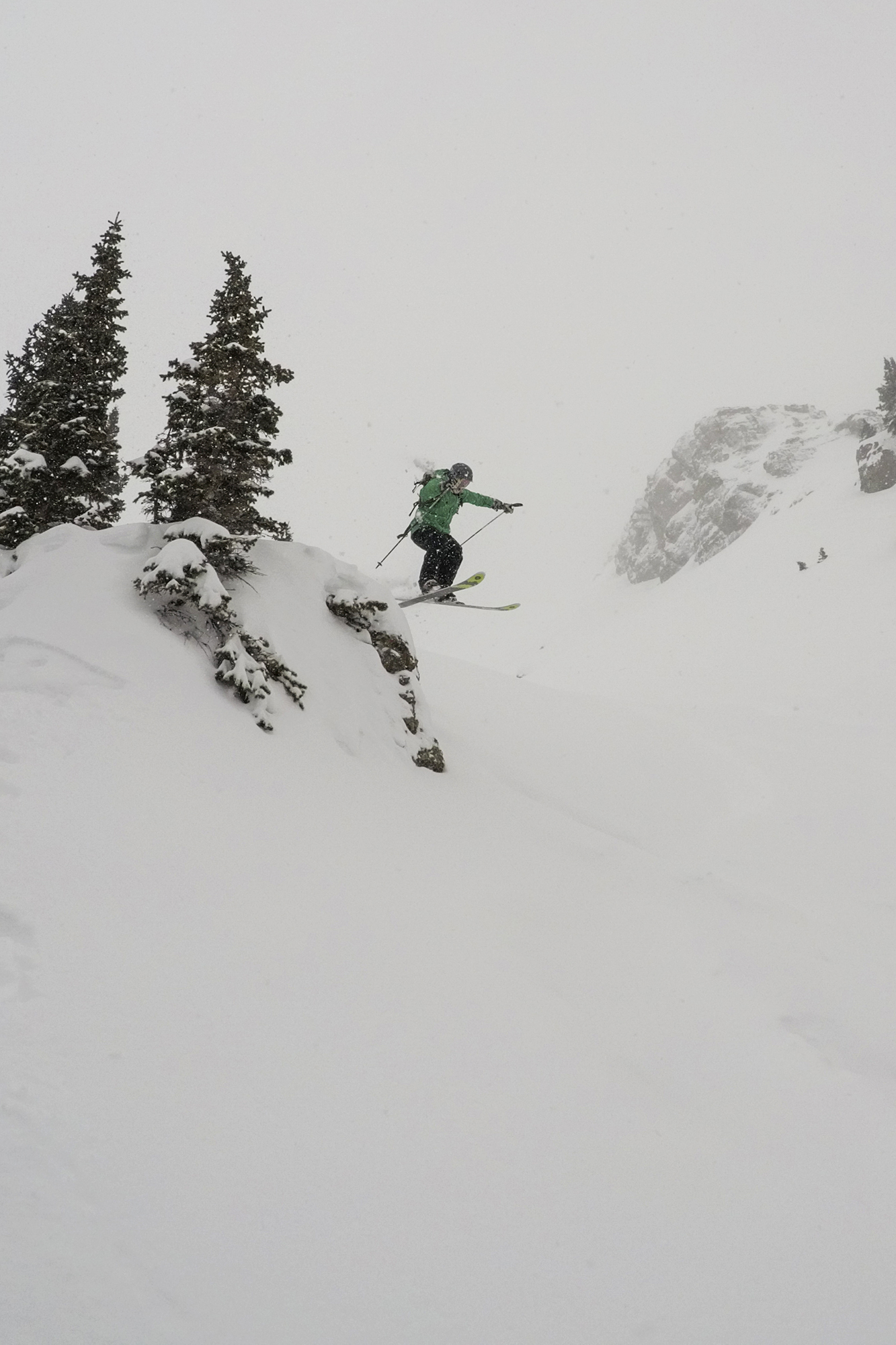 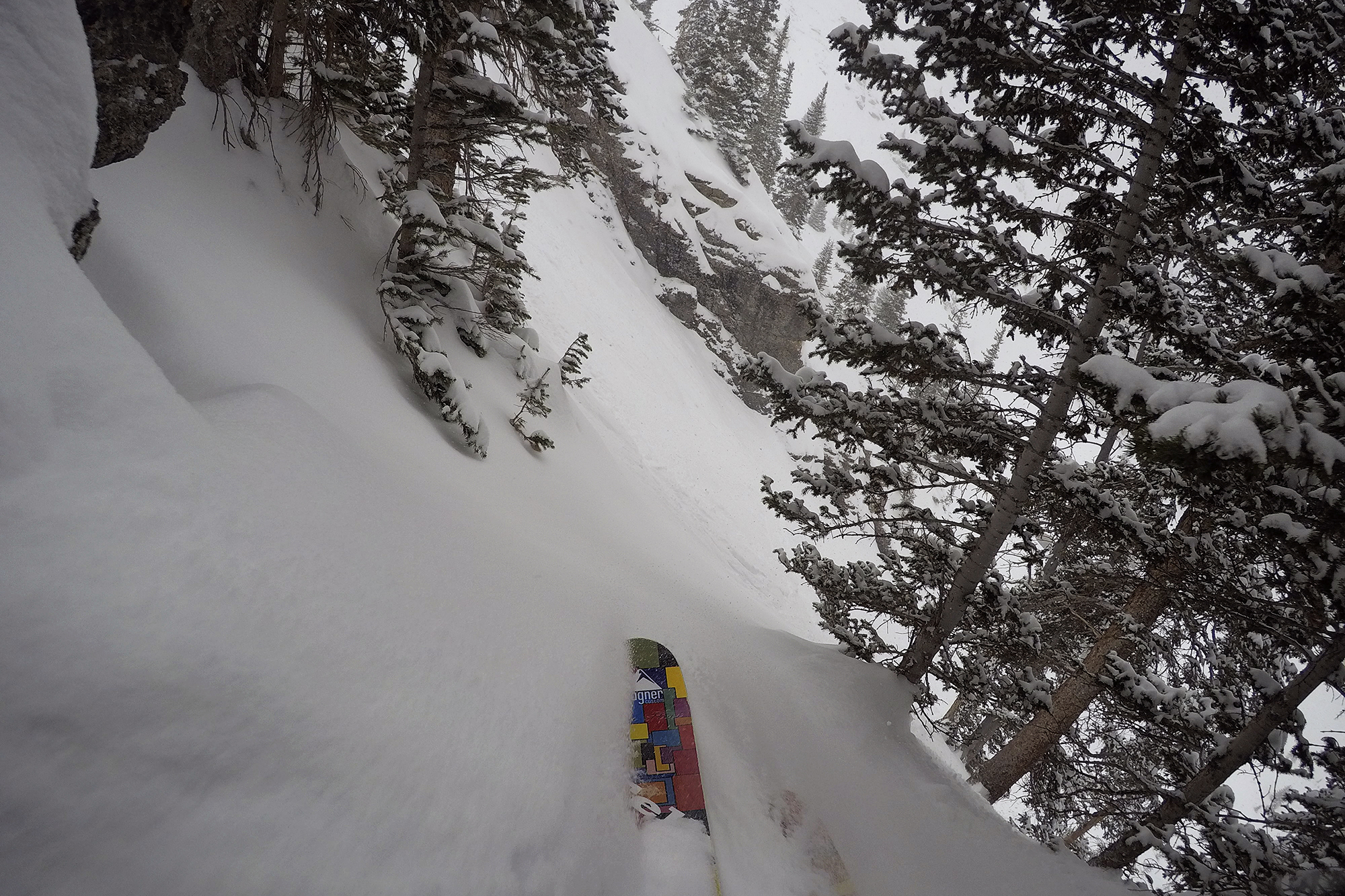 I know that many folks tend to discourage travel in inclement weather, but I’m here to tell you that it can be done safely. As long as you take your time and go prepared (for getting unstuck or an overnight in your car), a winter storm can be just part of the adventure. 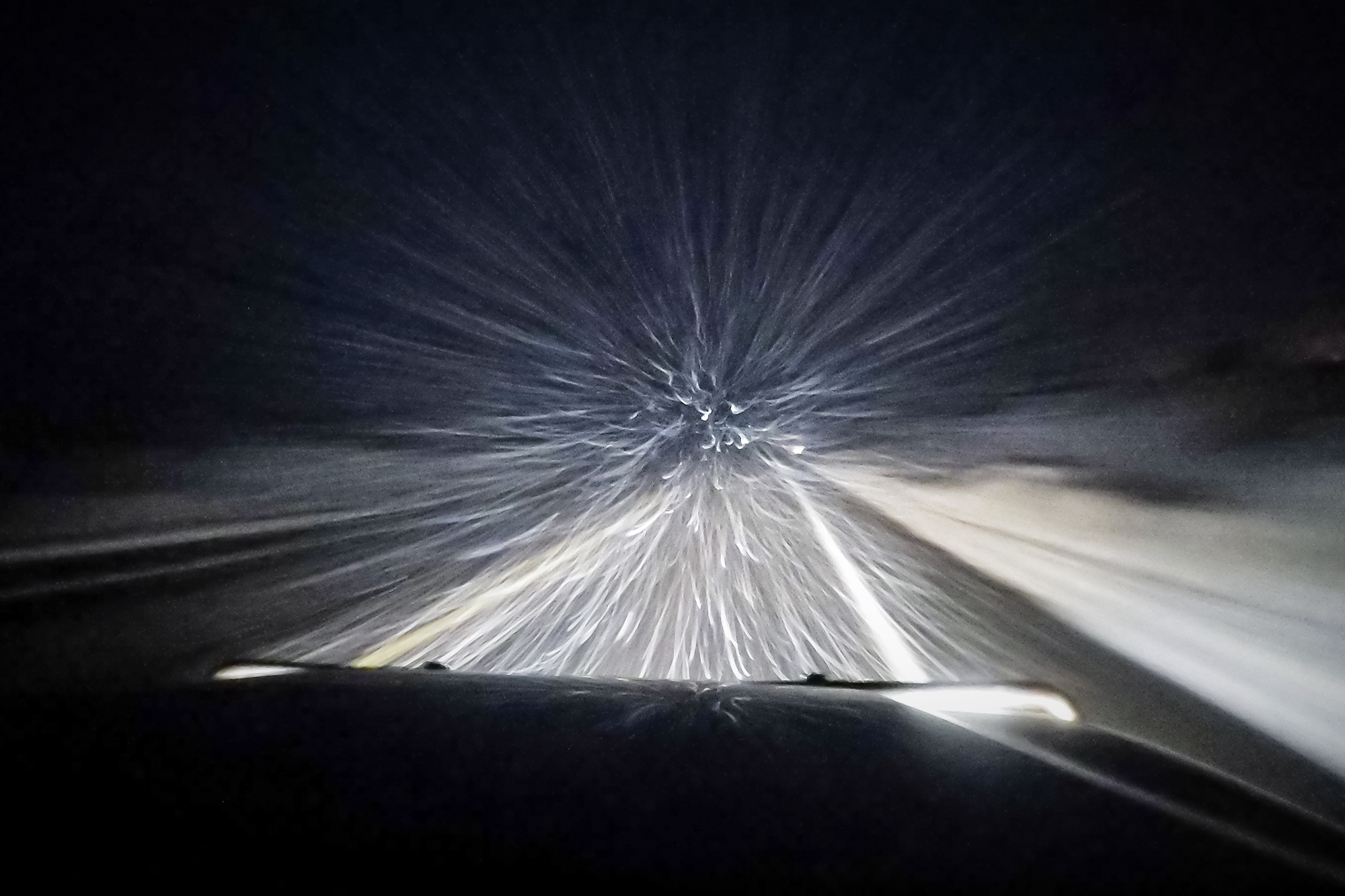