Our morning started a bit hectic as Deanna wasn’t feeling well…not well enough that she had to visit the Urgent Care just on the other side of Highway 101. We packed up as quick as we could while the rest of the group was cooking breakfast. I alerted the group, and made plans to link up with them at the day’s lunch stop in Morro Bay, or along Highway 1 towards tonight’s campground (since I’d been there before).

We were at Urgent Care for two hours from wait time to time seen. We then spent two more waiting for medication at the CVS next door. We figured the convoy would be about an hour ahead of us, so we had some catching up to do. Along the way, just as we were hitting Morro Bay on Highway 1, we overheard comm chatter of RV-ing at Albertsons after filling up gas. Low and behold, the group had still been at Morro Bay and were about to pick up supplies. Apparently they had a 2-3 hour long lunch since they had a large group and service was slow. 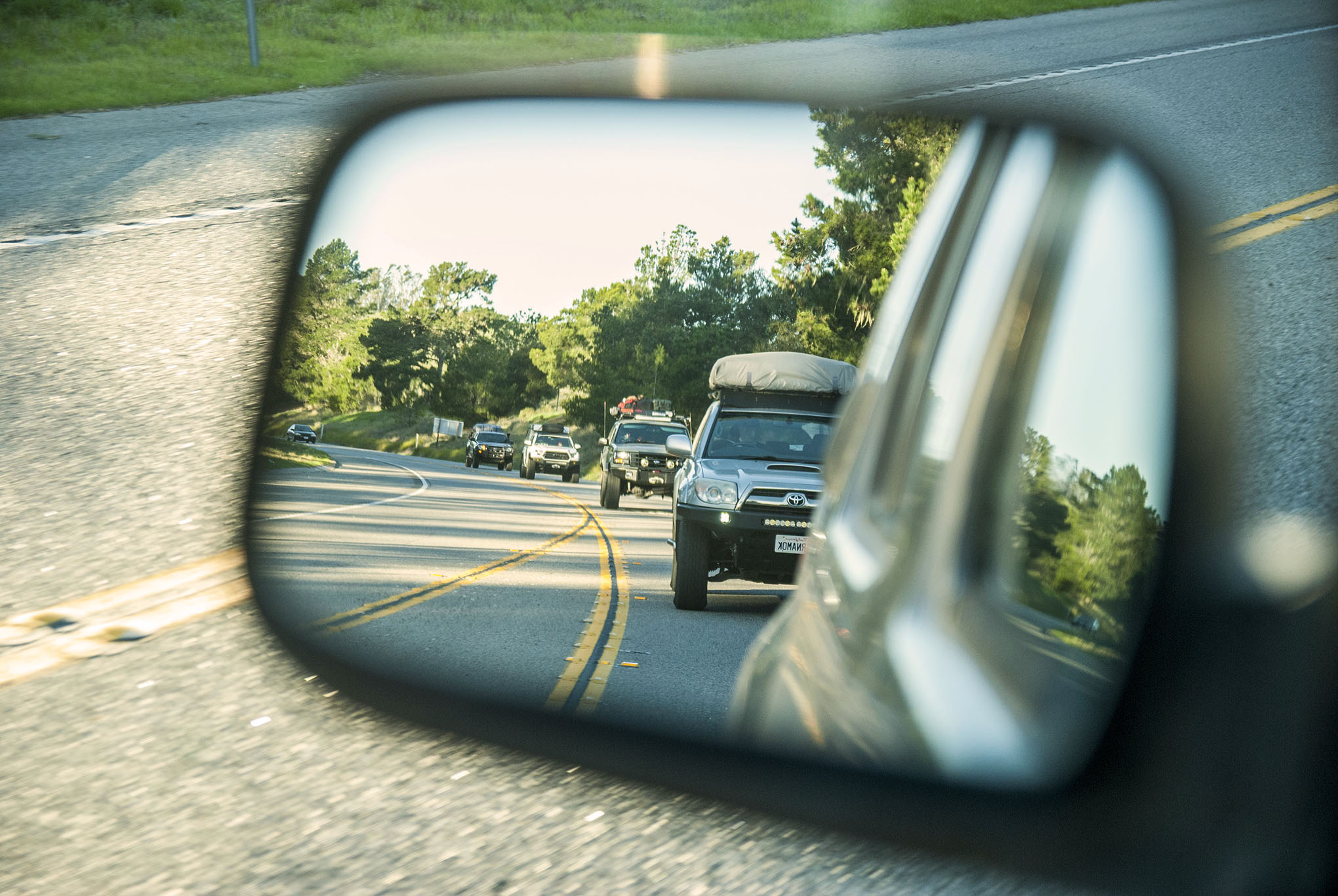 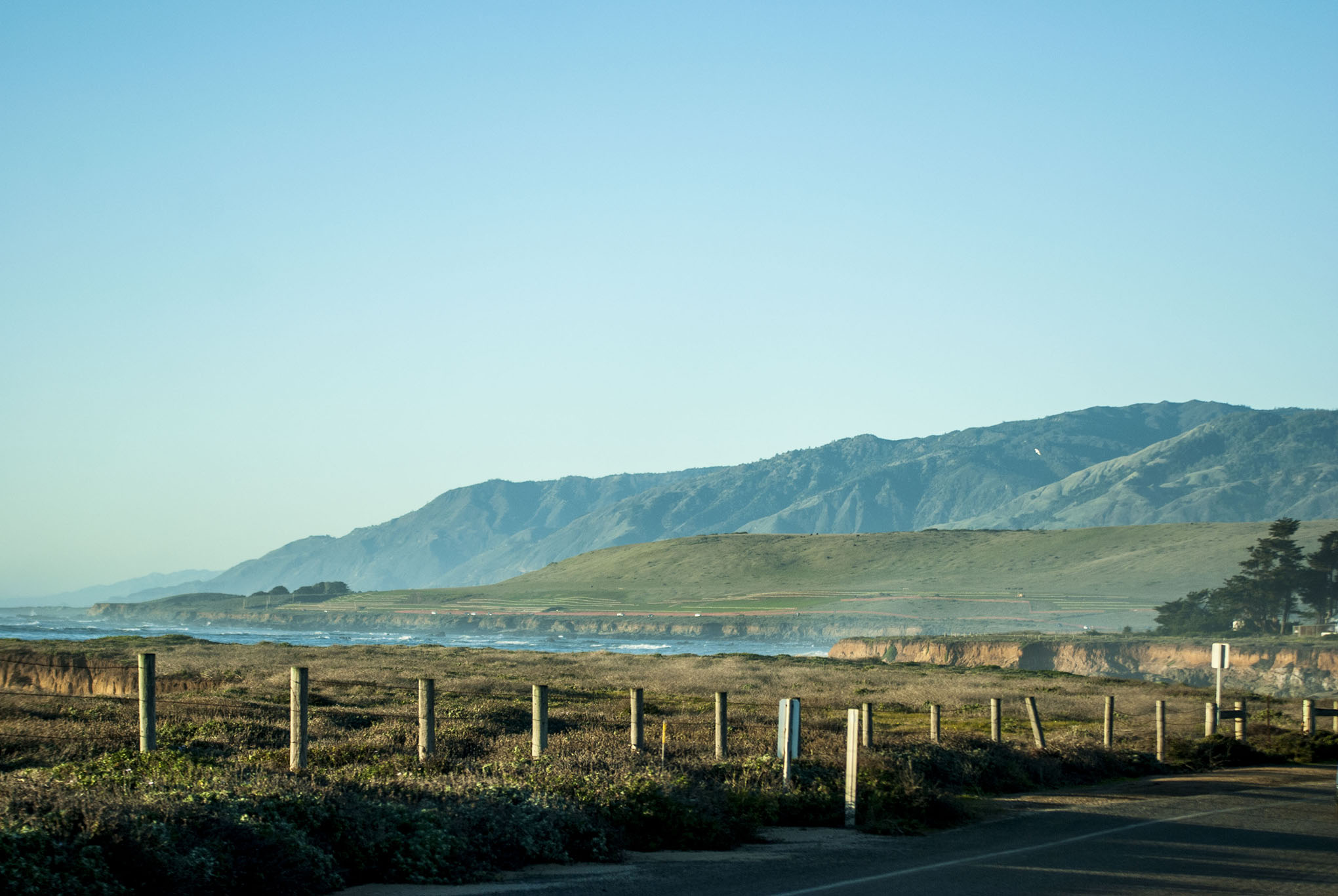 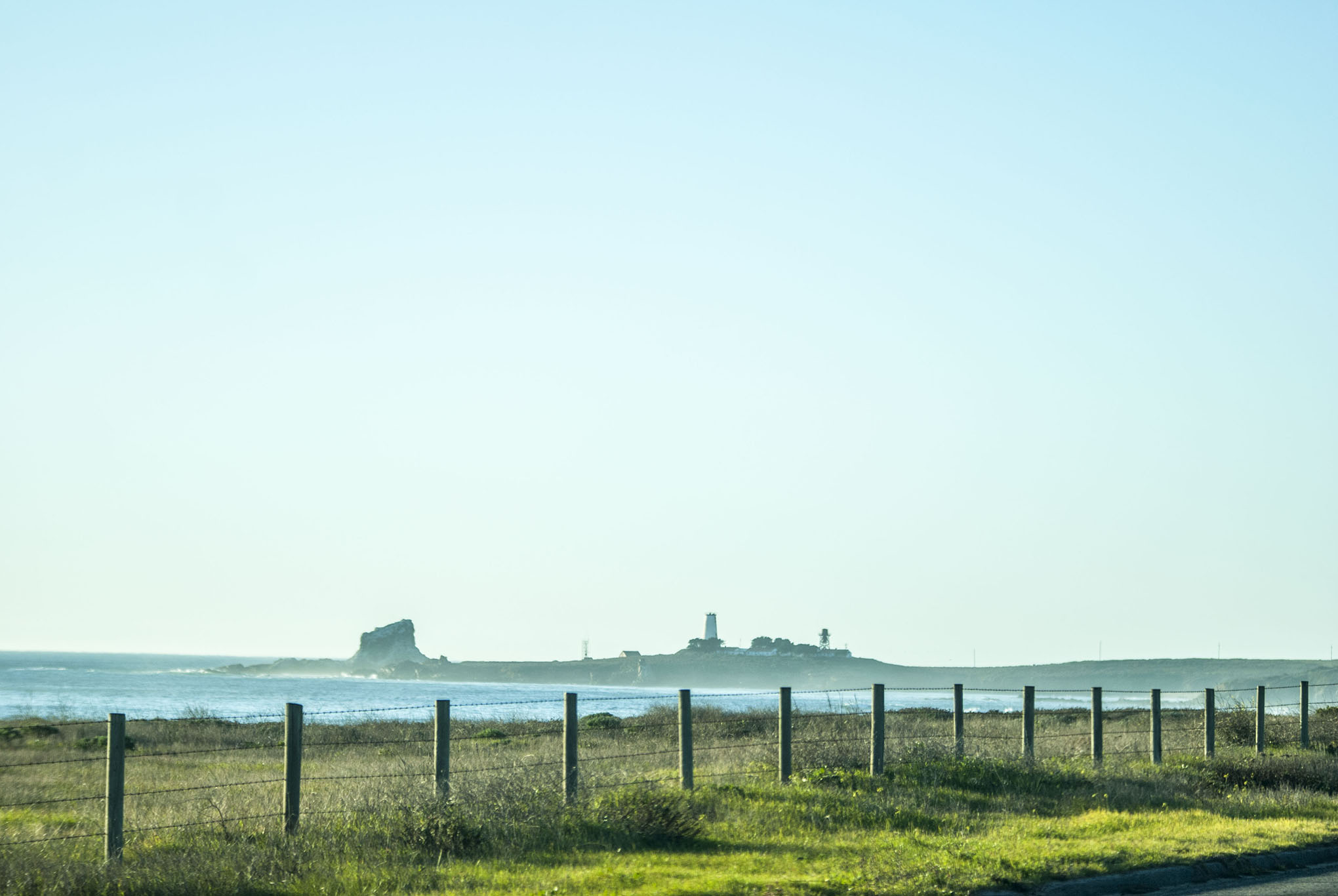 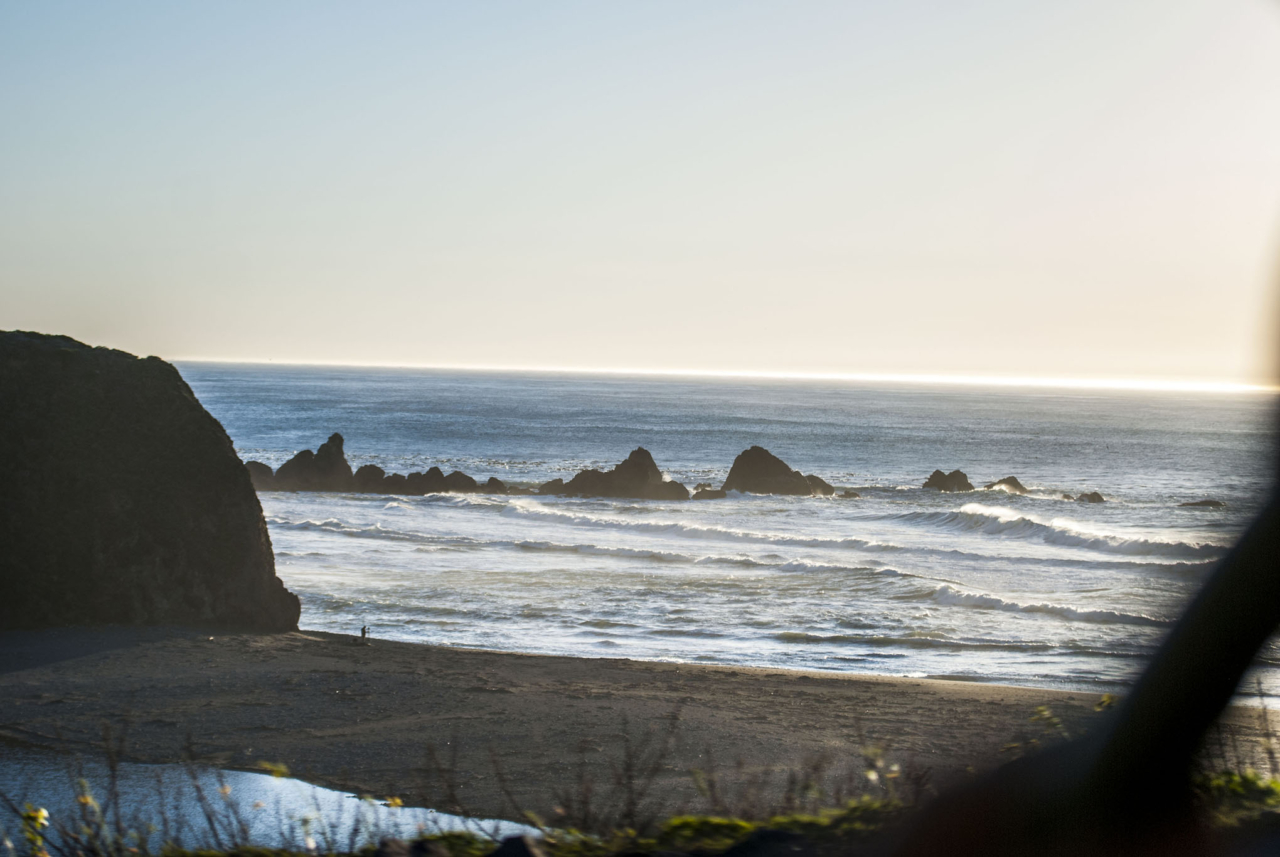 We rallied up behind the Albertsons and we’re Oscar Mayer (Mike) on Highway 1. Along the way Deanna and I decided to switch seats so that I can take photos while she drives. We broke off the group, switcharoo and then hauled to catch up. Unfortunately we got stuck behind three slow moving vehicles, and with a two-way highway, we were pushed further back from the group. We caught up with the convoy just as we neared Nacimiento-Fergusseon Road, and headed up into the mountains together. 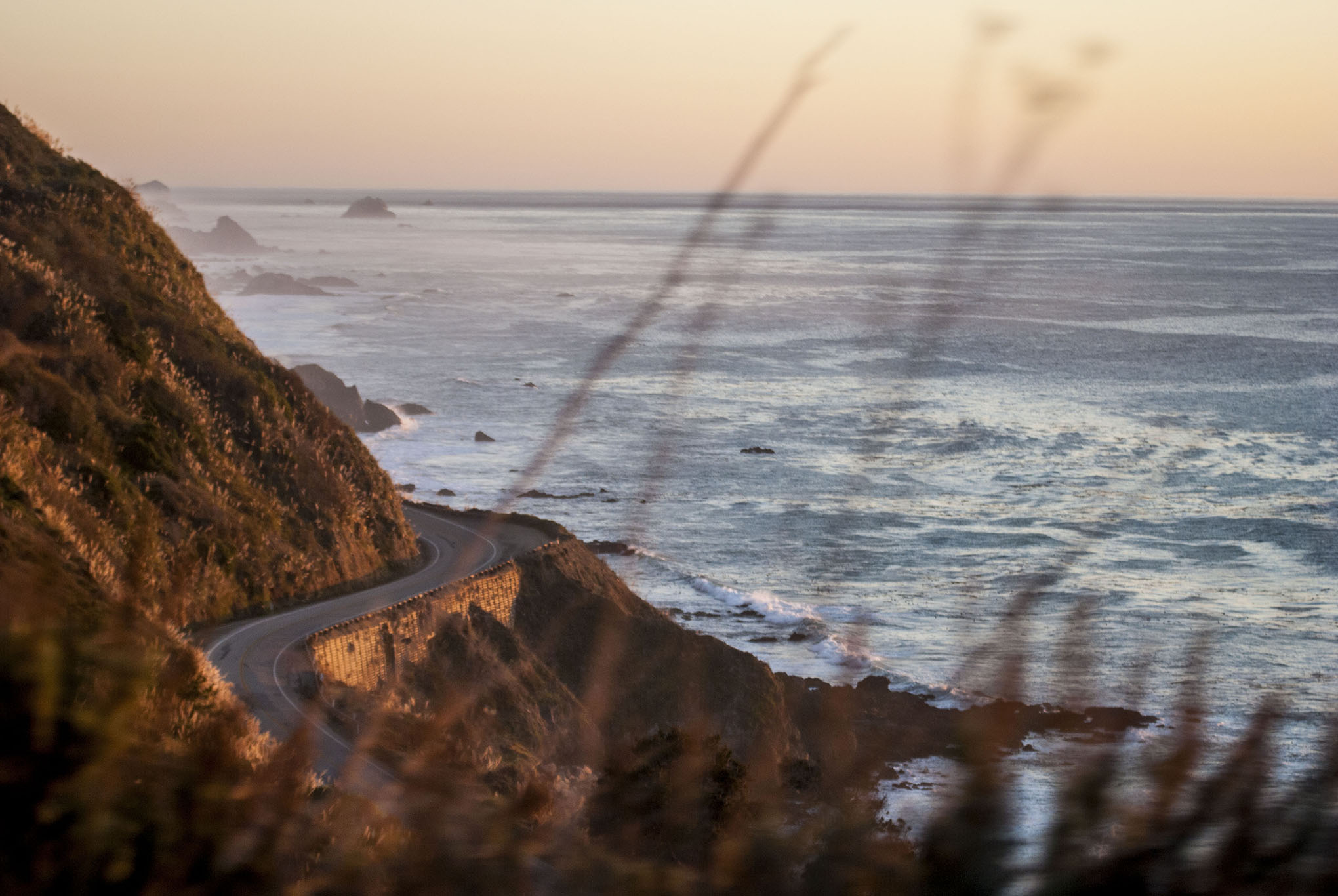 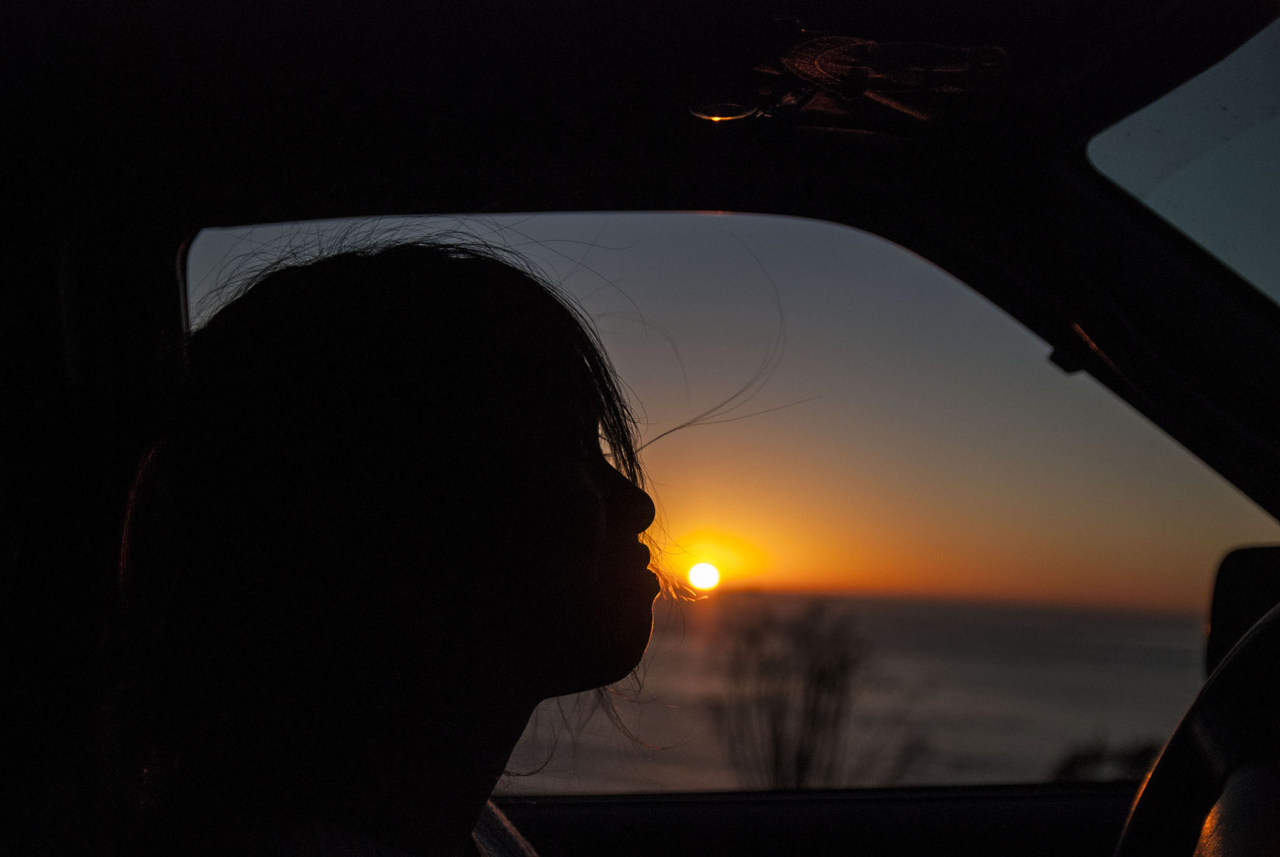 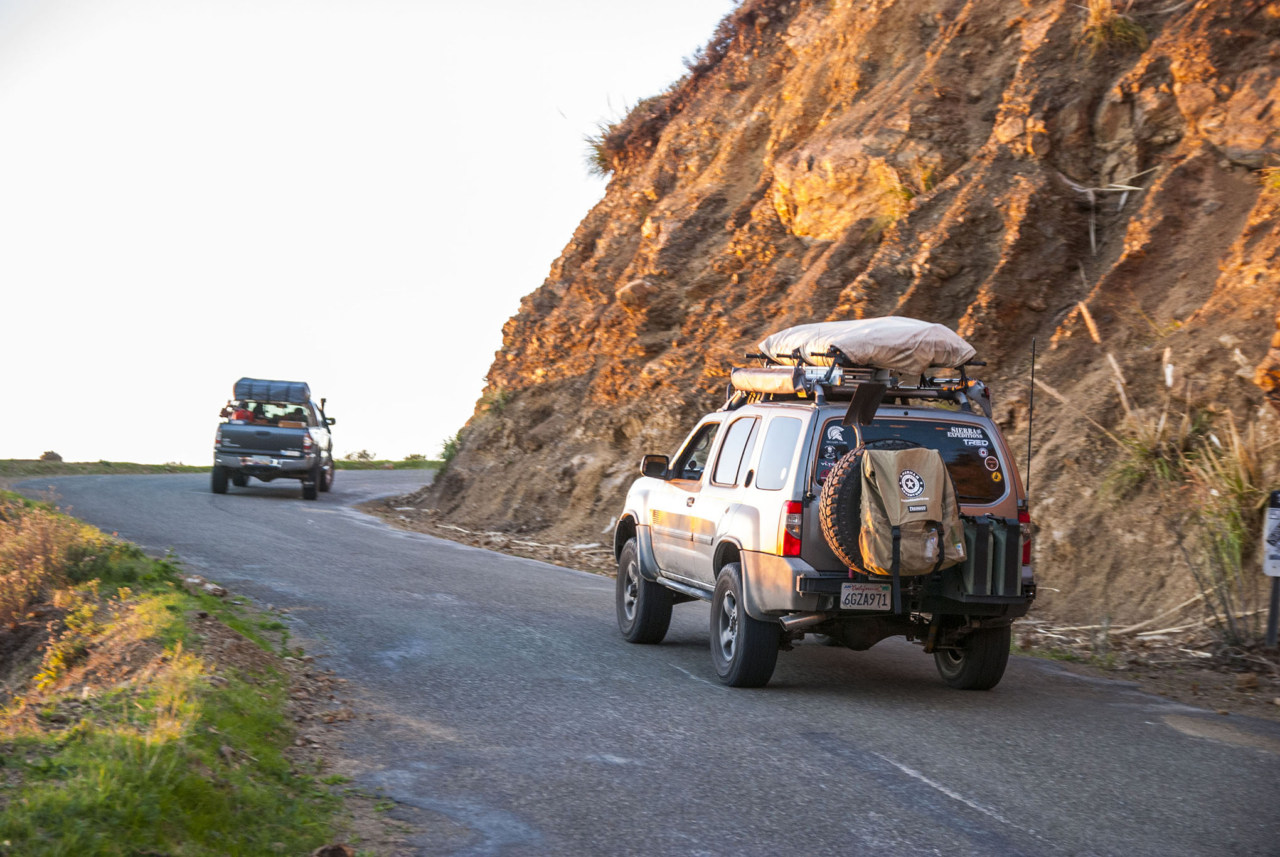 The sun set as we hit the summit of Nacimiento Road, and made our turn onto Coast Ridge Road towards Prewitt Ridge. The drive was a well maintained forest service road that wound its way into the mountains. Views were non-existant as the sun had set so we pushed carefully along the ridgelines to the campground. We arrived to find vehicles already settled on the windy ridge—why they were setting up there that windy night we had no idea. The views are nice, but there are other ridge campgrounds in the area. We turned around from the crowded site and doubled back to find a viable site for 10 vehicles.

The convoy decided to split into two groups—one to continue back towards the entrance and the second to push past Prewitt Ridge—to attempt to find a large and flat enough spot for all of us. At the McKern Road junction we reconvened and looked over the maps, unable to find a decent spot. We stopped at Kelly Campground while a few rigs continued towards Plaskett, a half mile down the road, to see which site was larger. The recon group hit a locked gate so they turned around and headed back to Kelly, where we settled in for the night. 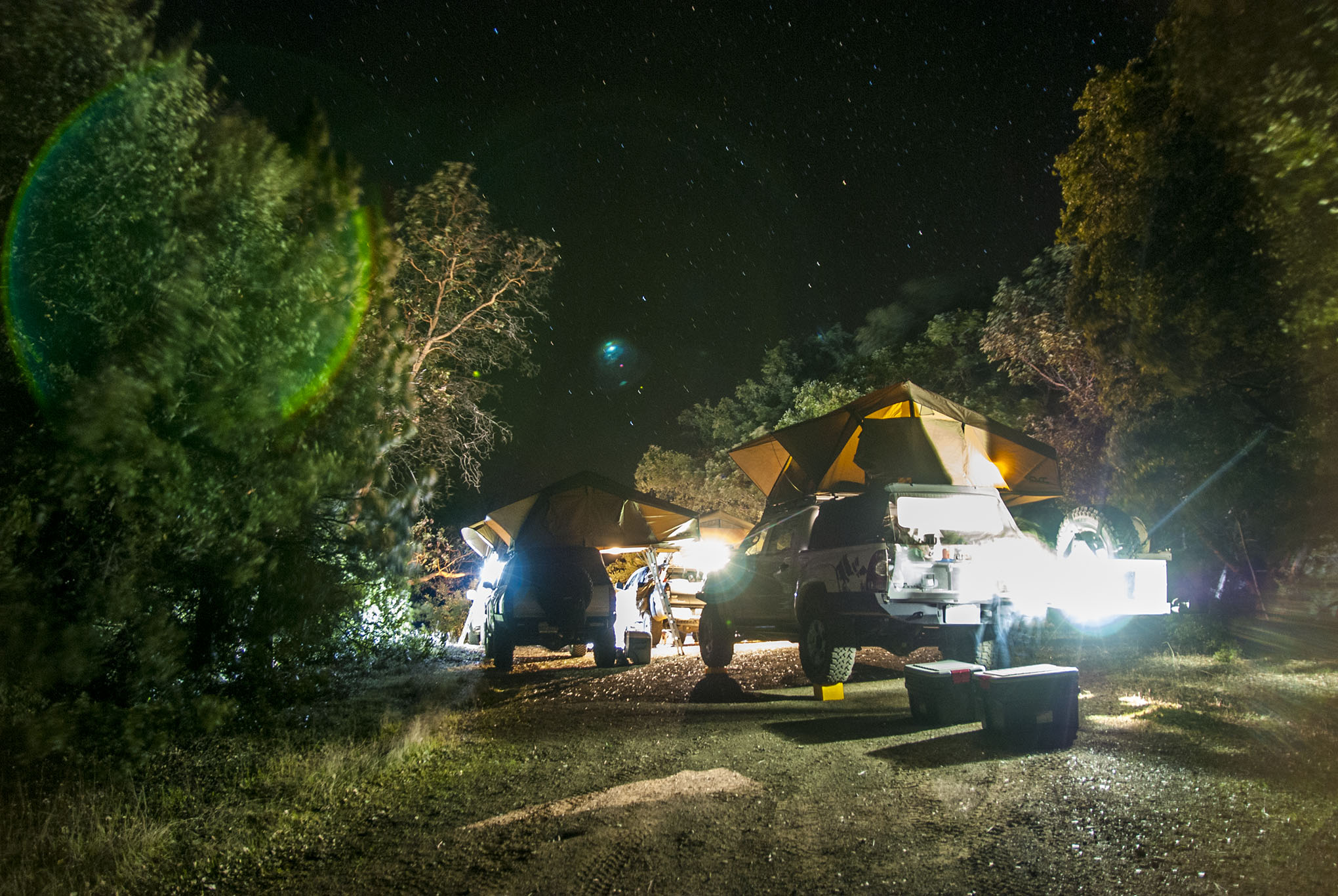 The site was fairly large and flat, but still tight for 9 vehicles. Unfortunately, fires were not allowed in that section of Los Padres National Park so we were out of luck for warmth and lounging. It was getting windy and cold, so with that bit of bad news we cut the night early. The winds continued throughout the night until about 2:00am. 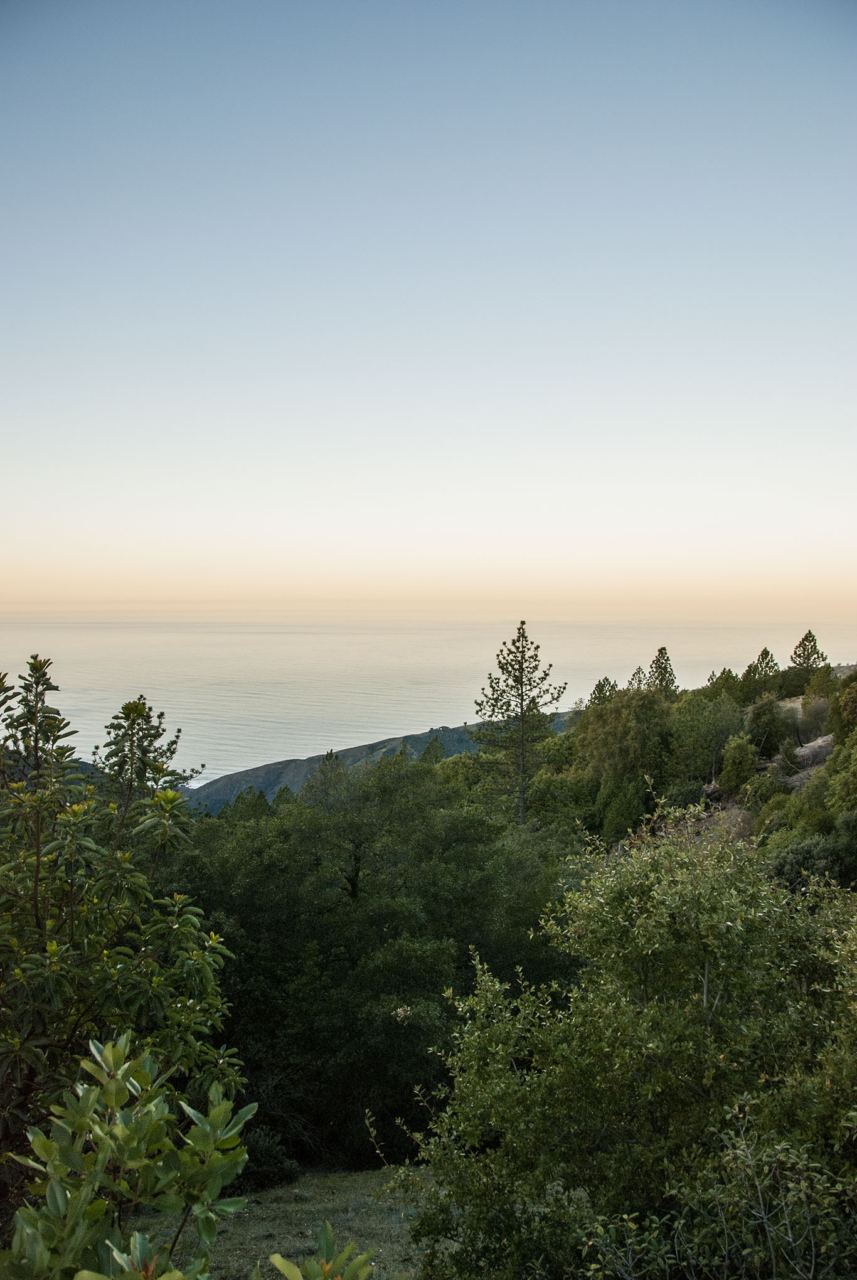 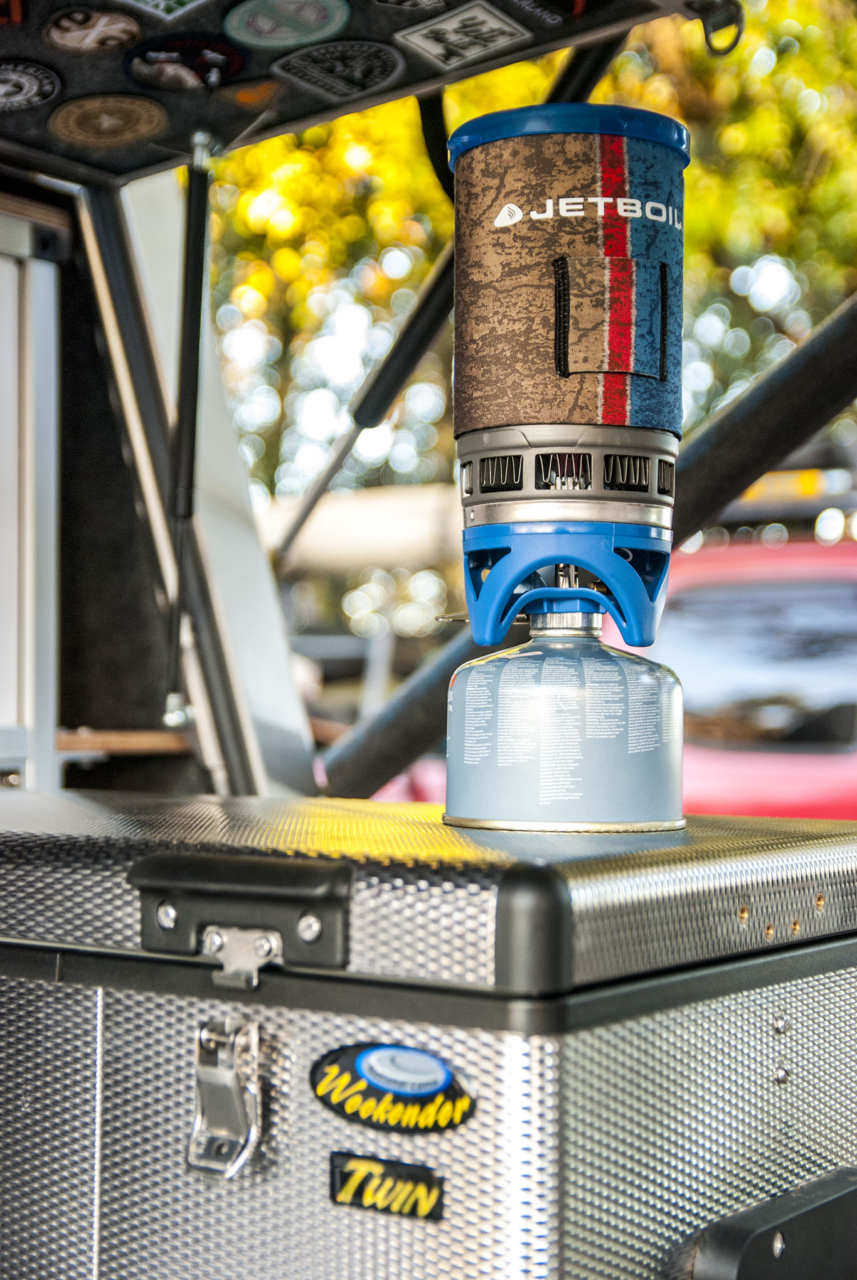 The group woke up to a calm and beautiful sunrise. Some of us were just rising out of our sleeping bags, others were just getting breakfast started. After breakfast, we had our usual driver meeting to decide where the group’s next destination will be. As we’re lolly-gagging around buttoning up our rigs, Cris raises us on comms. We tell him to meet us on Nacimiento Road heading into Fort Hunter-Liggett—where we have not decided, but we will eventually cross paths. Cris had stayed at Prewitt Ridge that night, so we were just within a stone’s throw from each other. 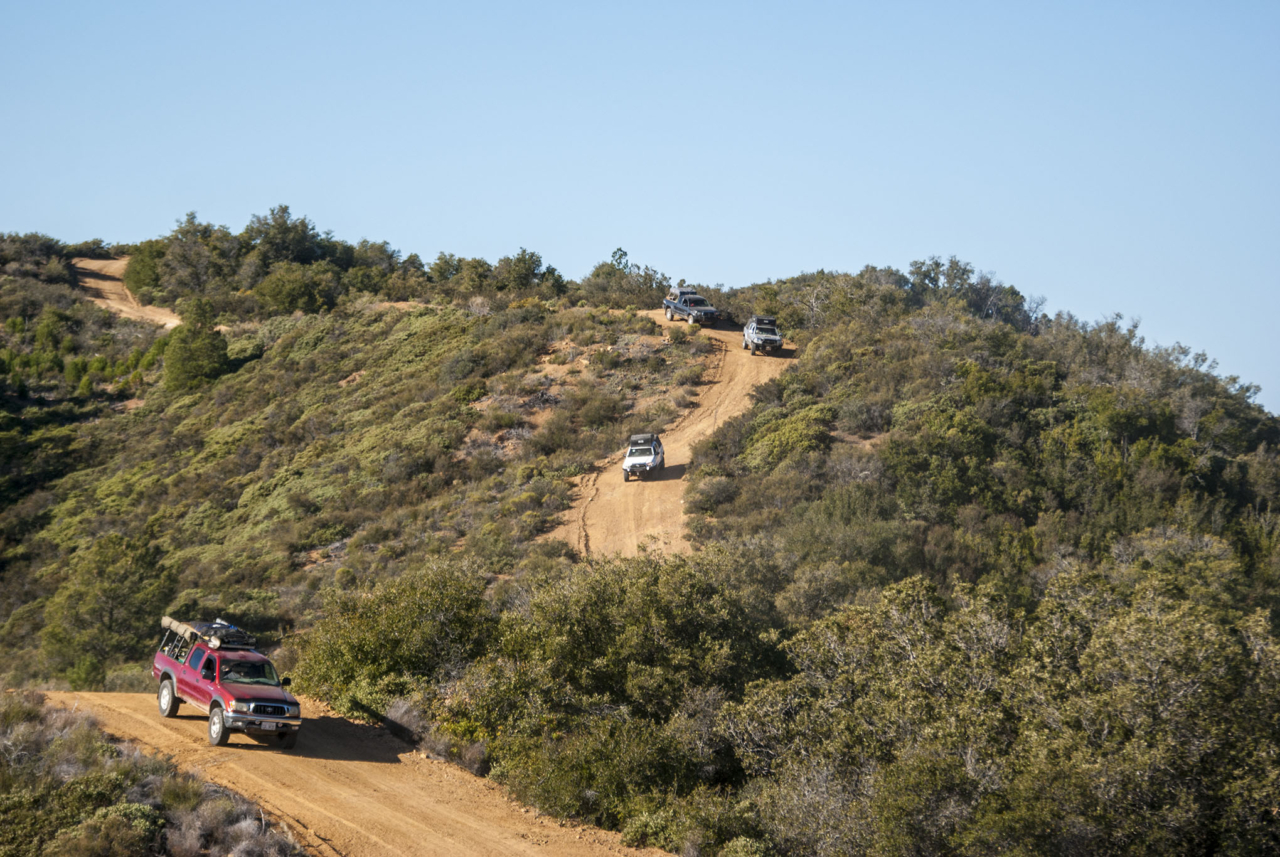 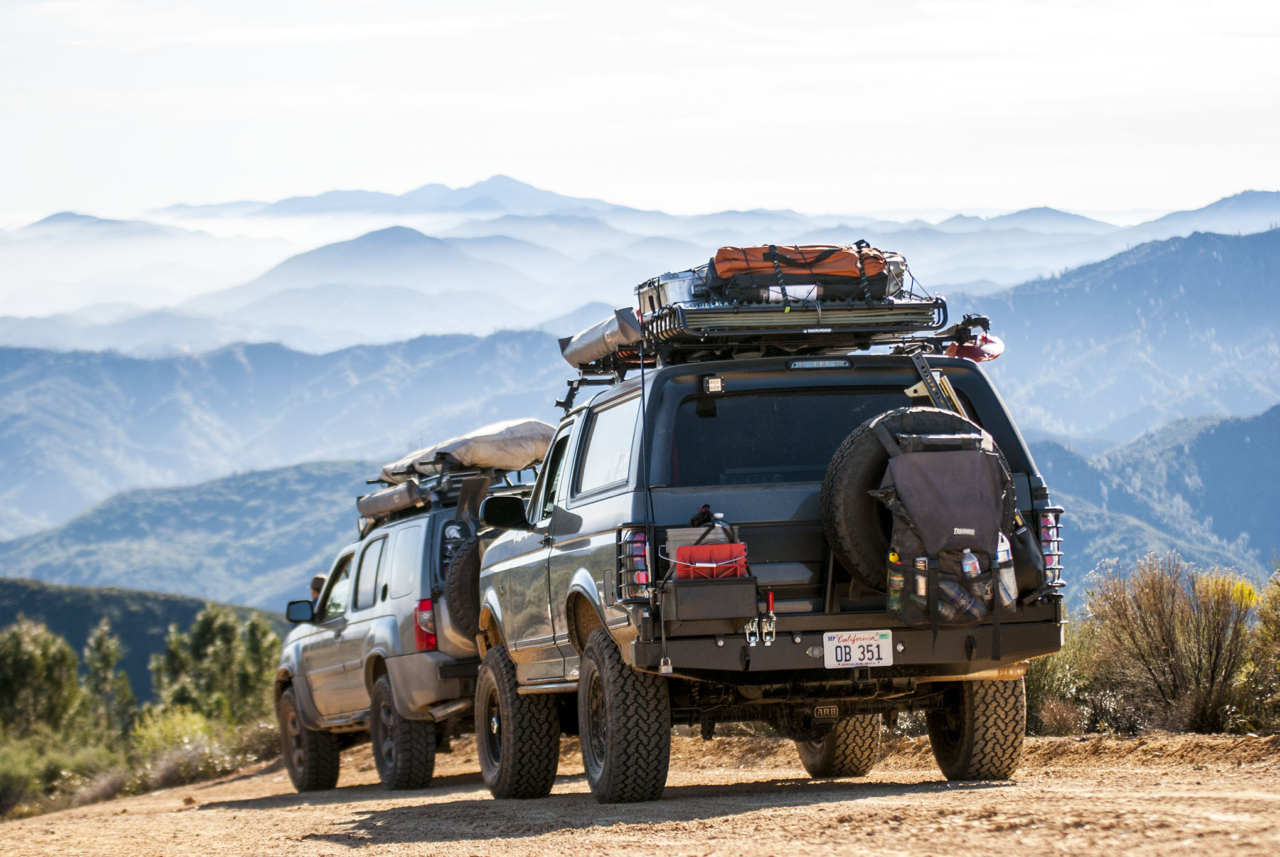 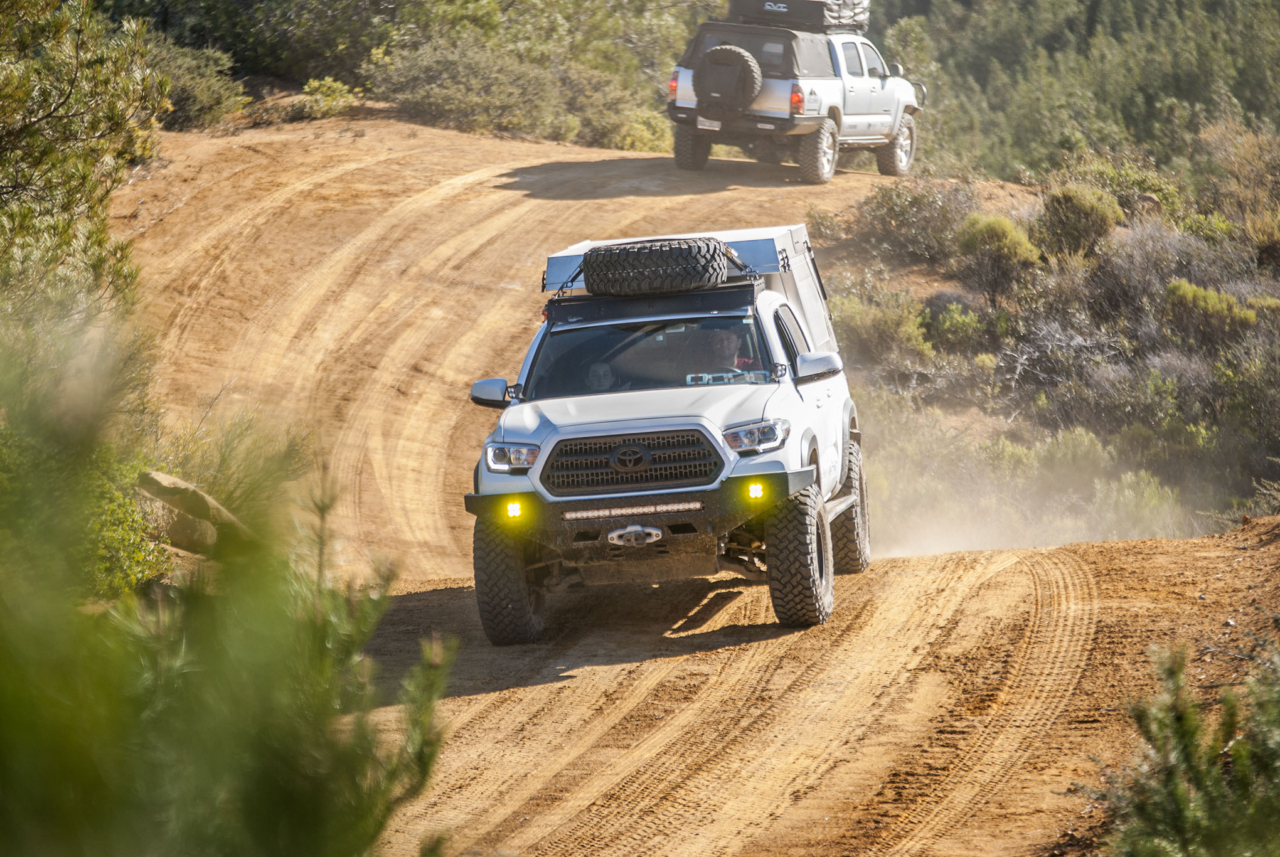 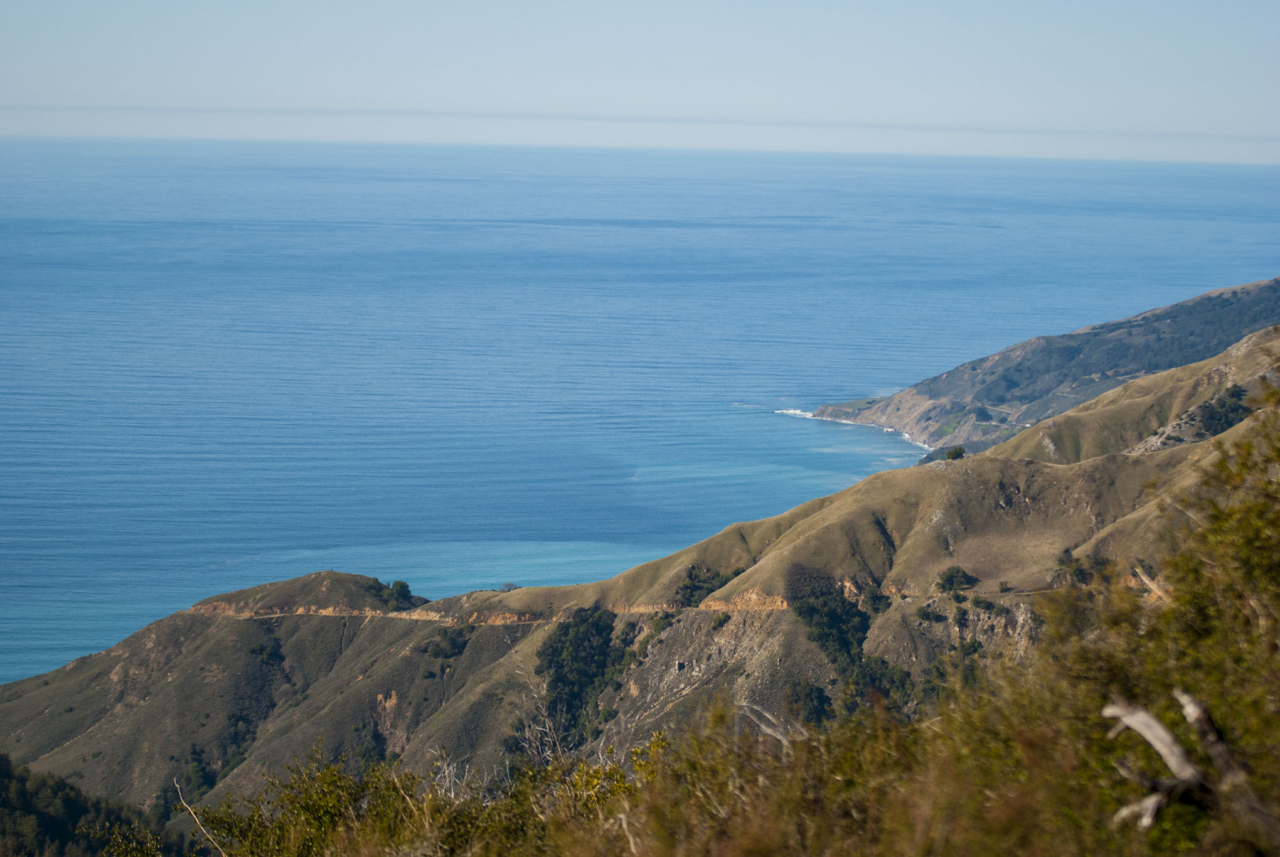 We decided to start our journey down McKern Road to Nacimiento Road to save the time of doubling back towards the entrance. The drive is beautiful, and we make multiple stops to take photos and take in the scenery—literally on the ridgeline with amazing views to the left and right. As we’re setting up for the next photo opportunity just a few miles from our exit, the lead rig finds another locked gate. We had to double back to Coast Ridge Road and take that back to Nacimiento, a bit of an ordeal, but a beautiful ordeal. 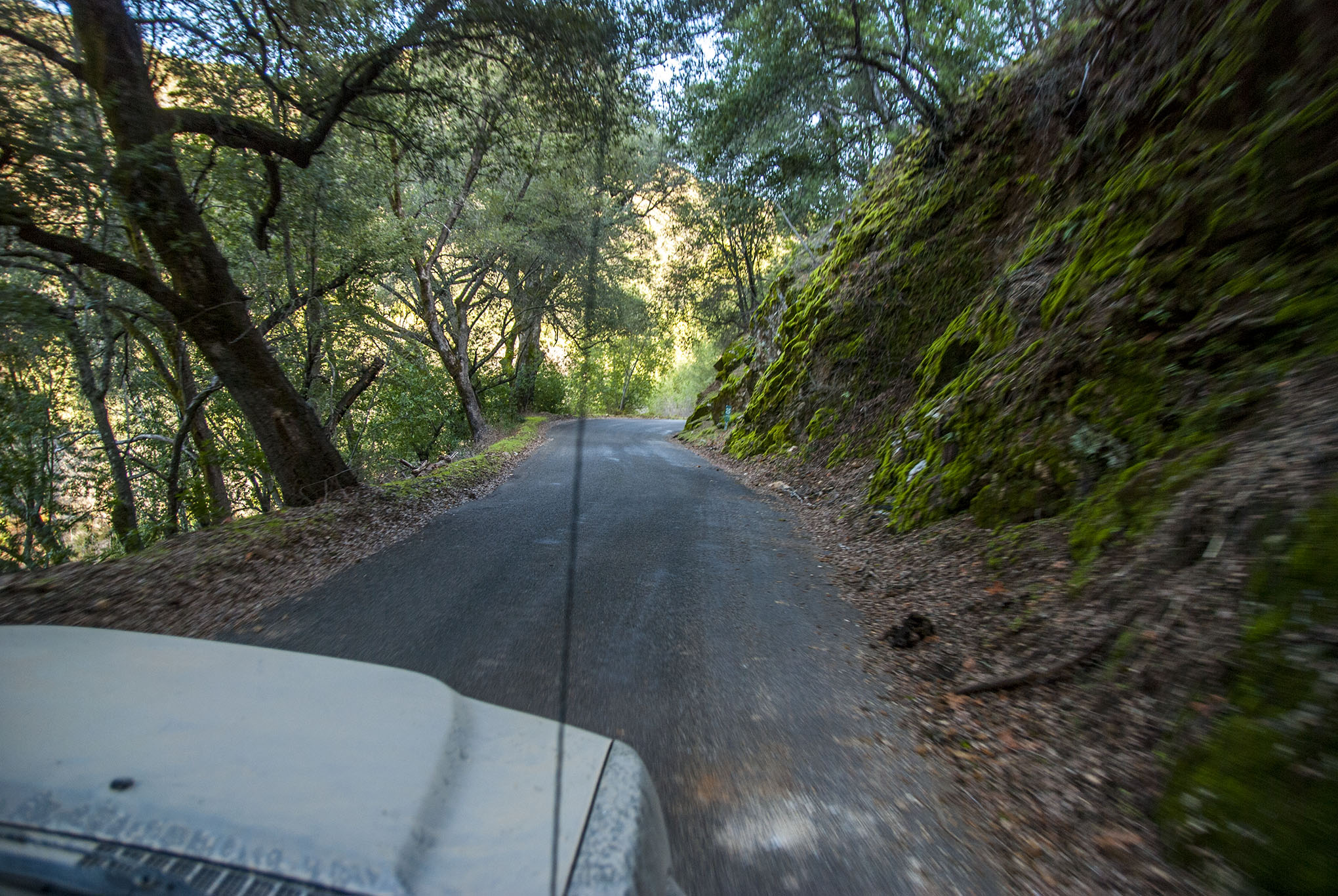 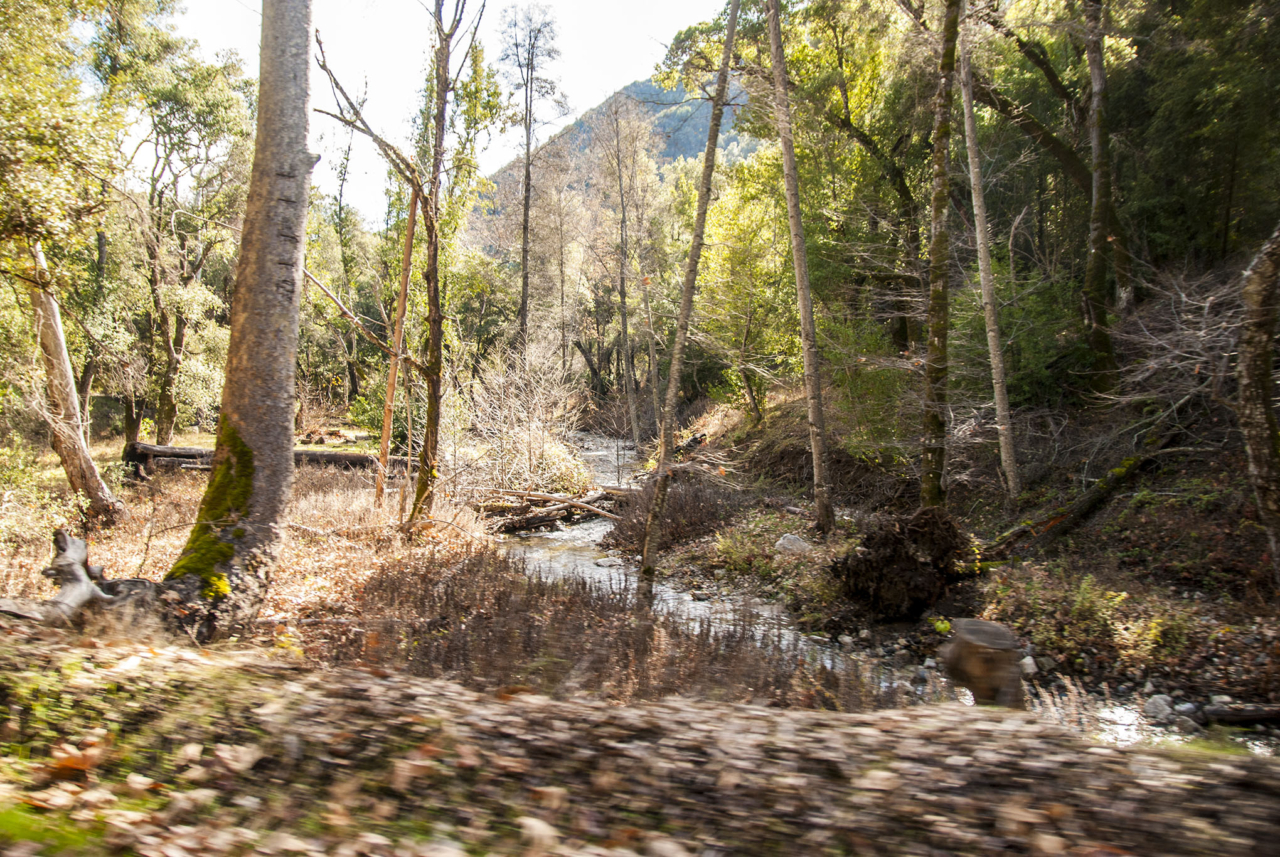 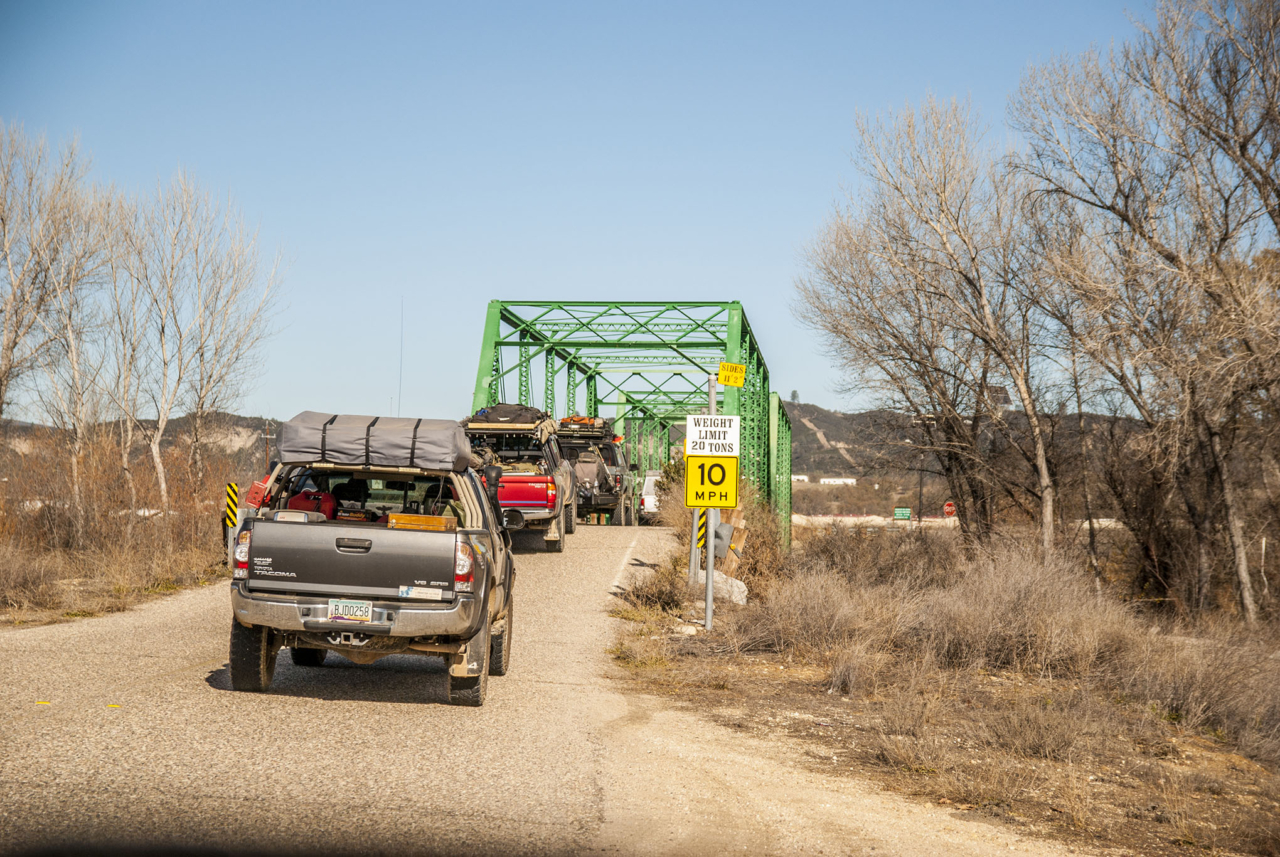 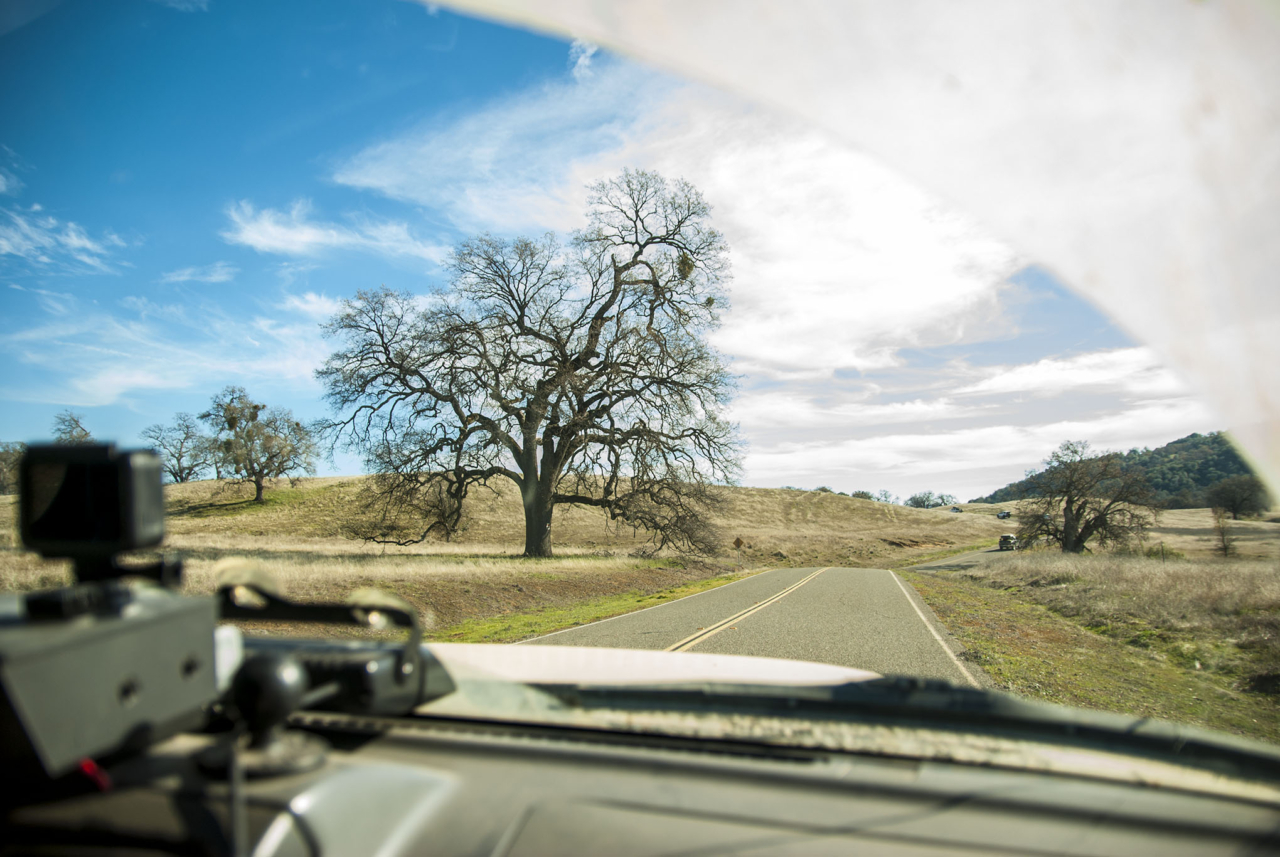 What a beautiful drive along Nacimiento Road. The ground was still moist, and moss was growing along the road’s edge and tree trunks. Along the winding road, we finally find Cris on comms and he tells us that he’s at the Mission already… 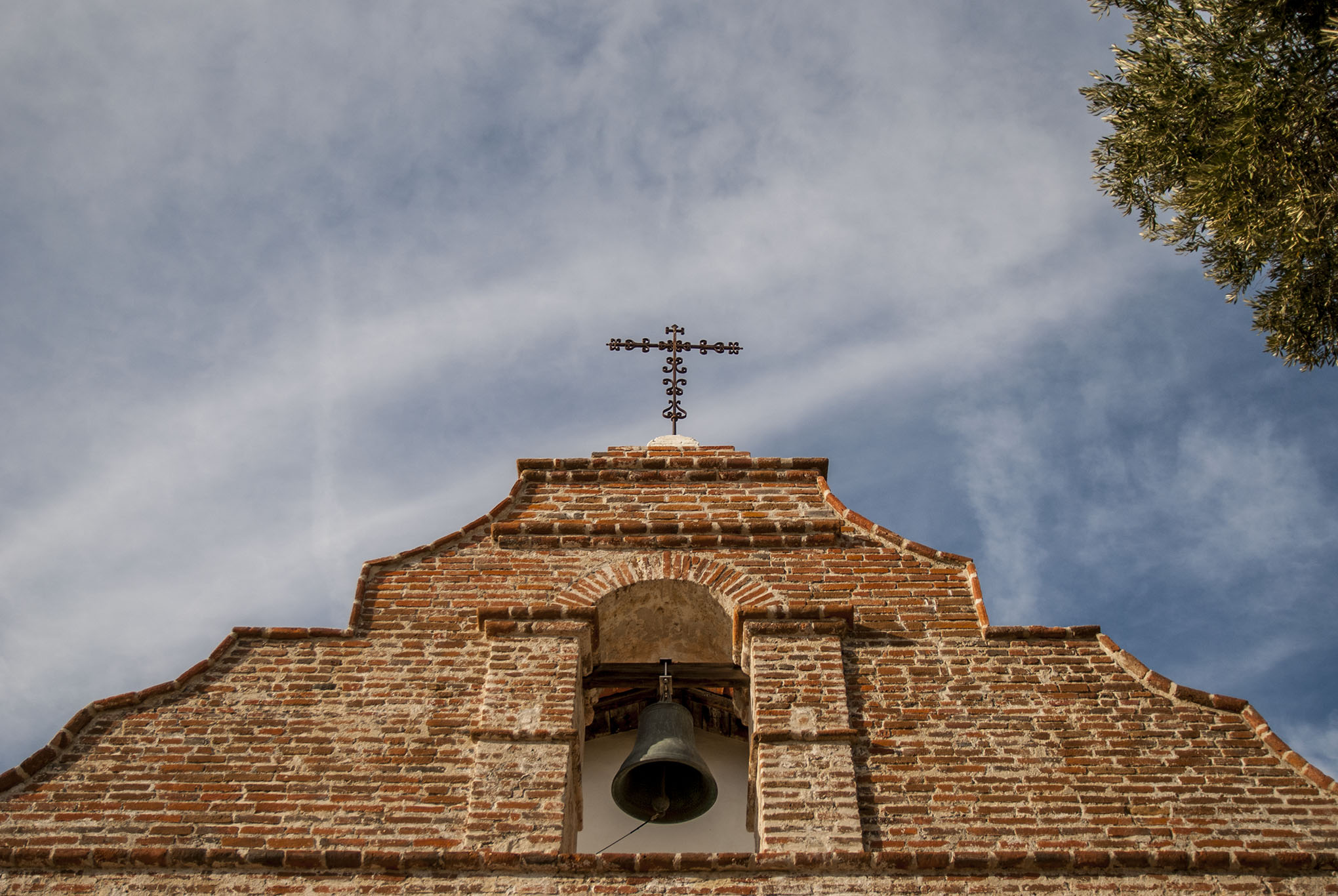 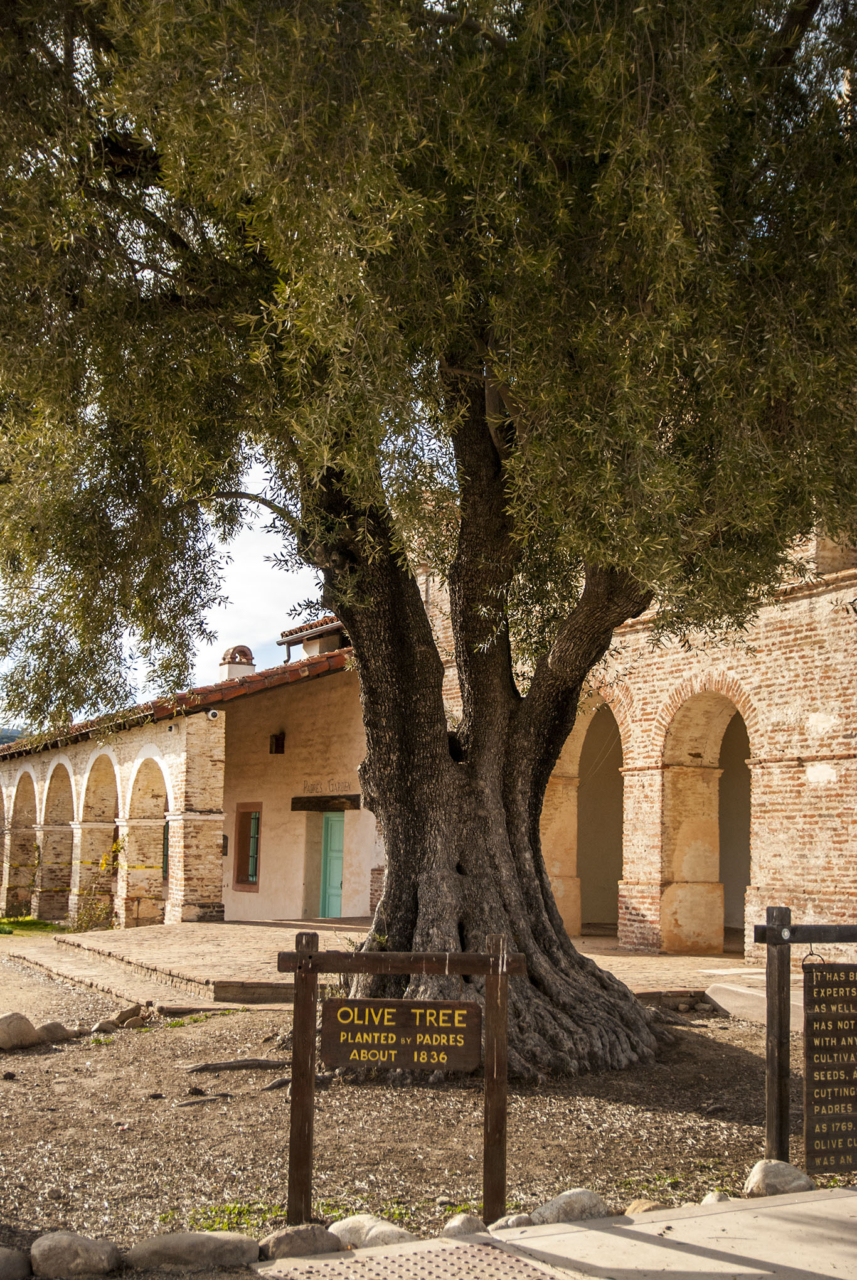 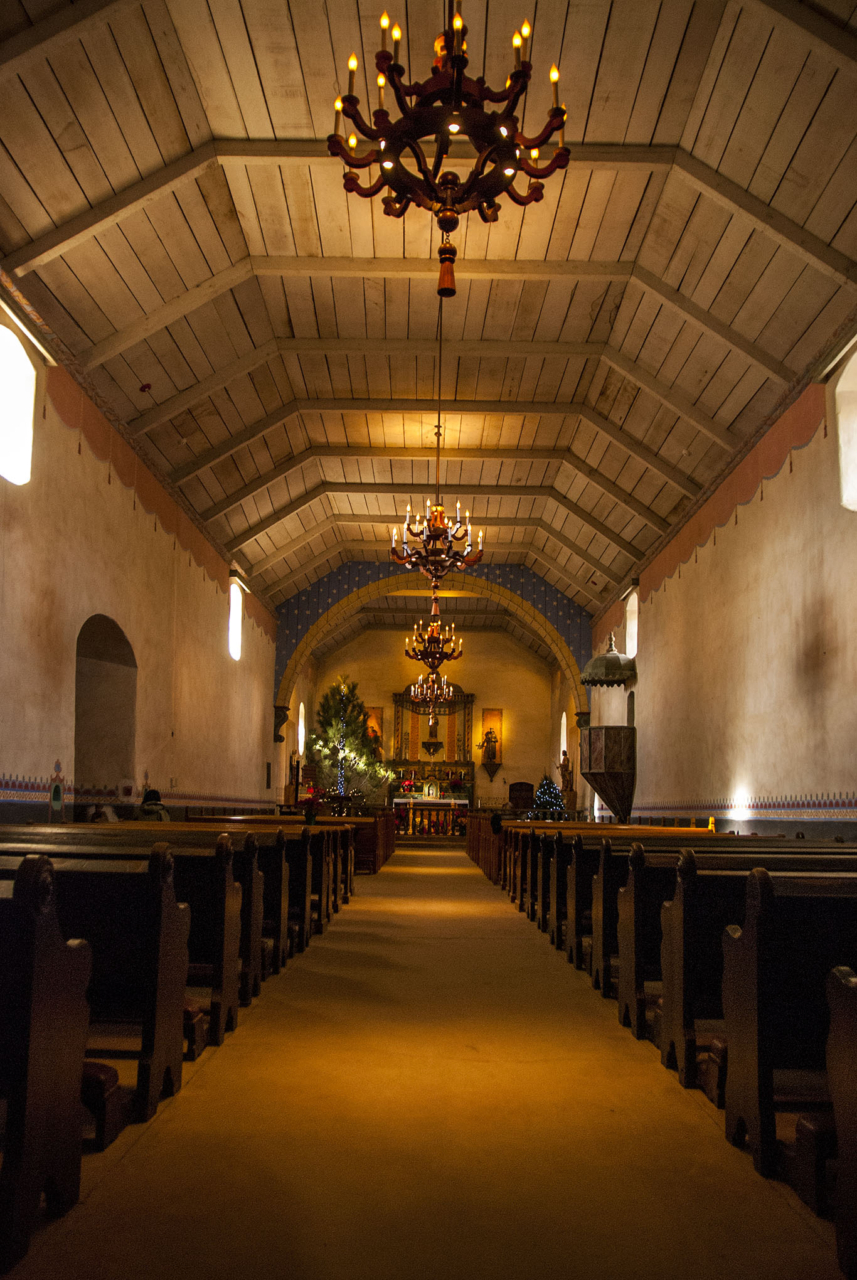 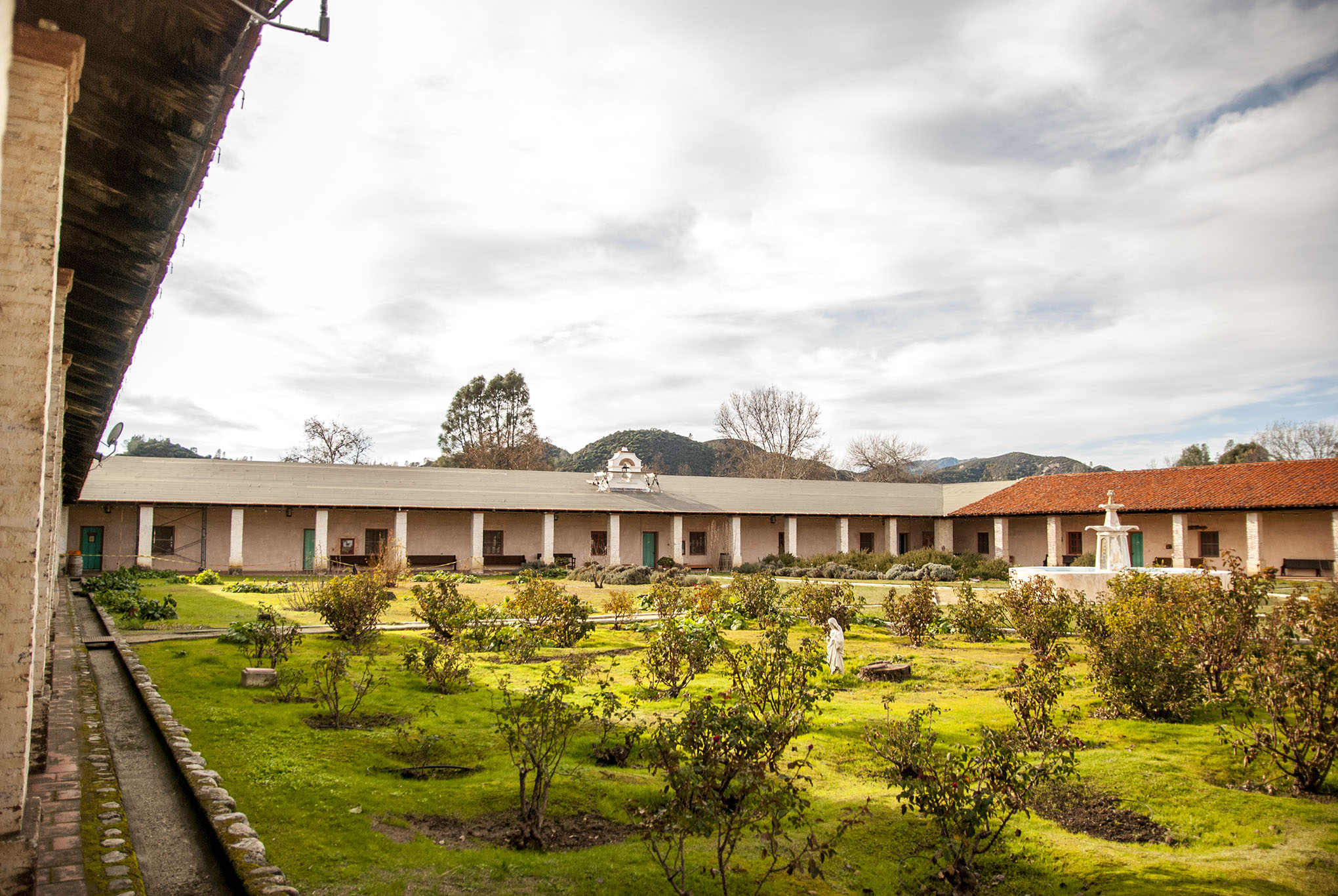 The mission for today’s mission is called the Mission San Antonio de Padua. This Mission of the Sierra’s is located in the Santa Lucia mountains and was founded in 1771. It was named after Saint Anthony of Padua, a thirteenth century Franciscan, the finder of lost possessions. We arrived there to wonderful weather and just in time for lunch with Cris and family. We perused the site, taking in the centuries of history that this mission held—it’s just amazing how it’s stood the test of time. 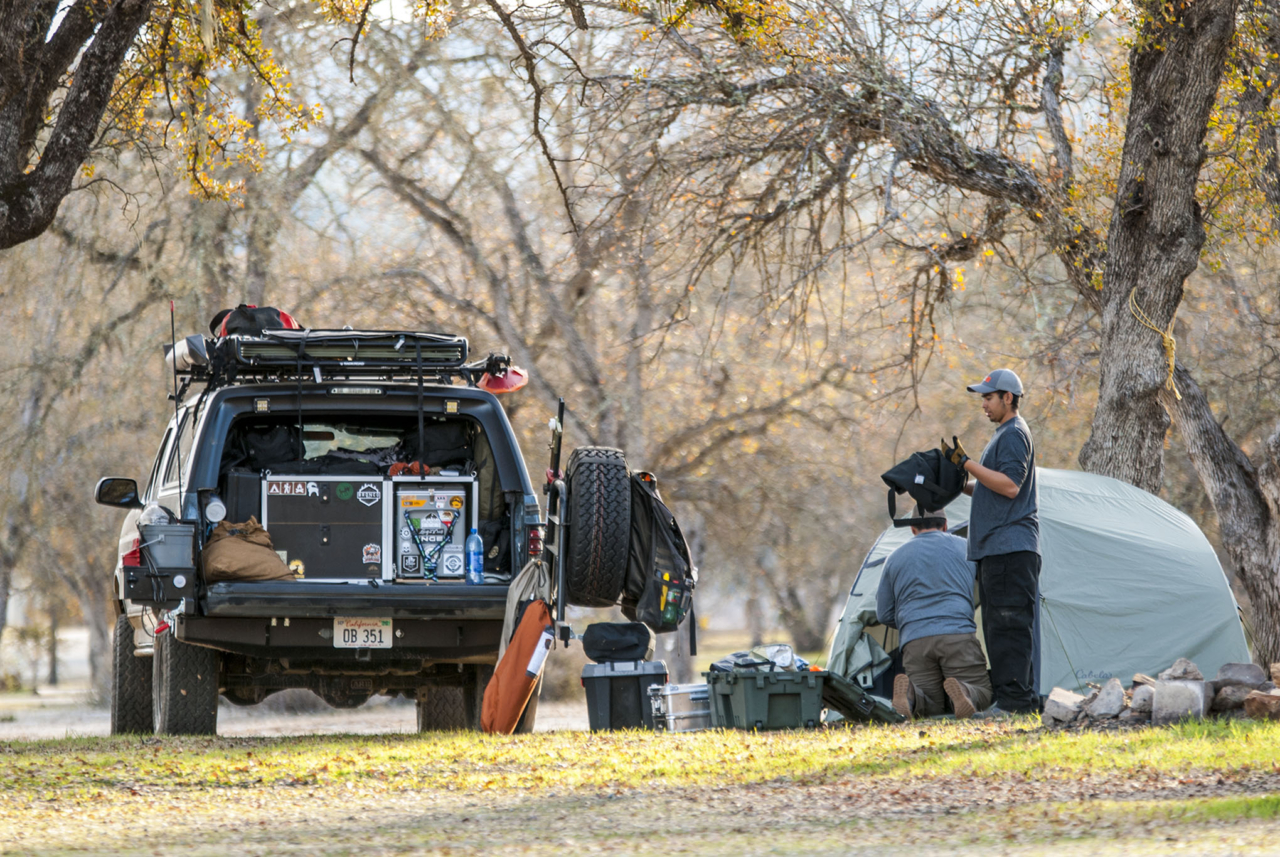 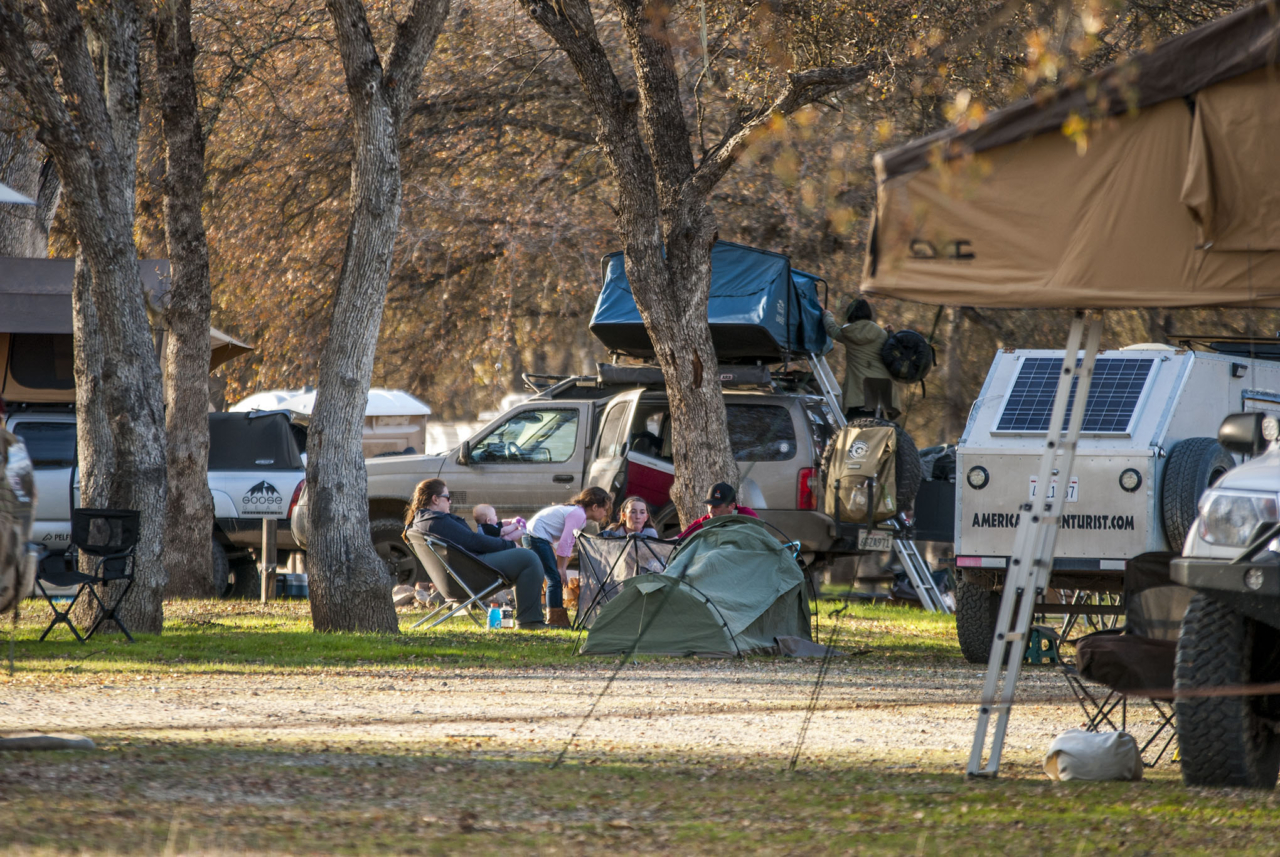 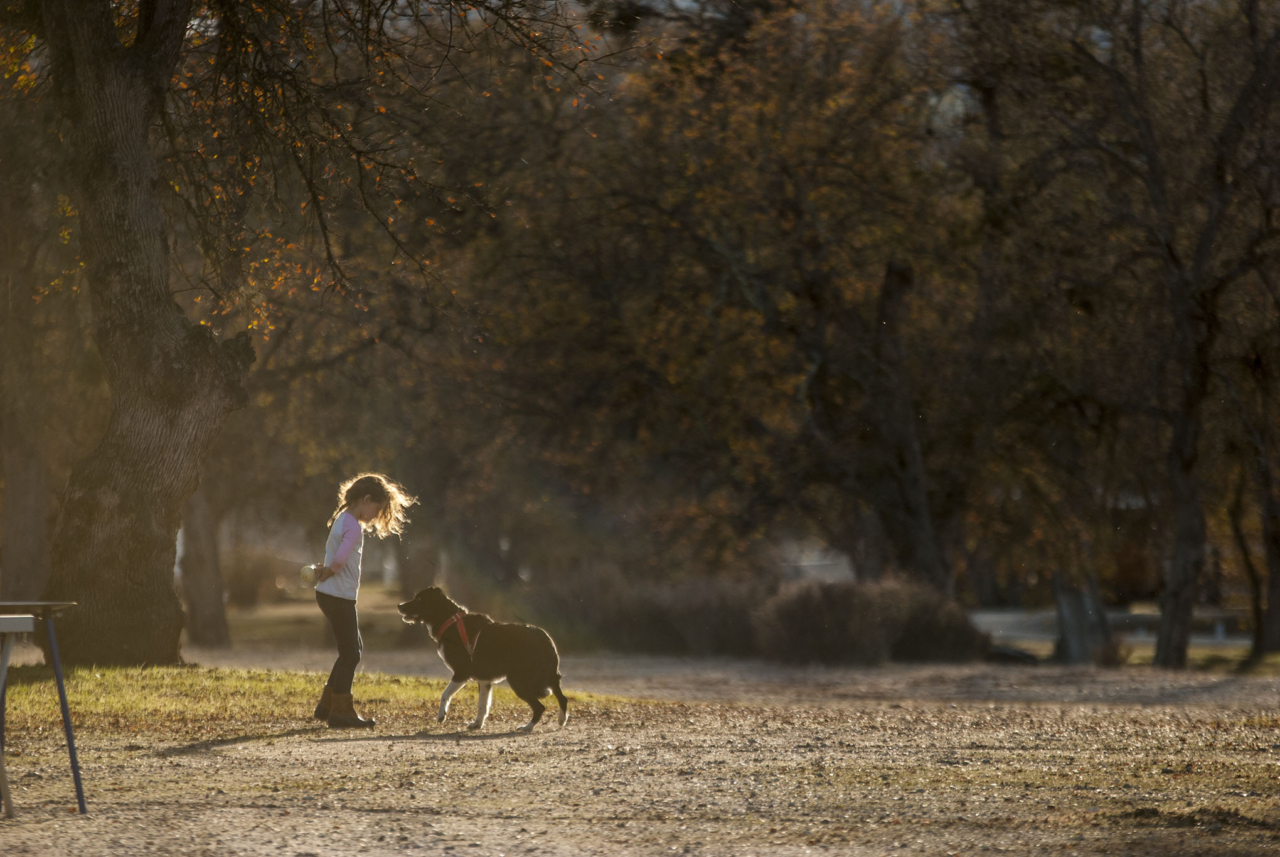 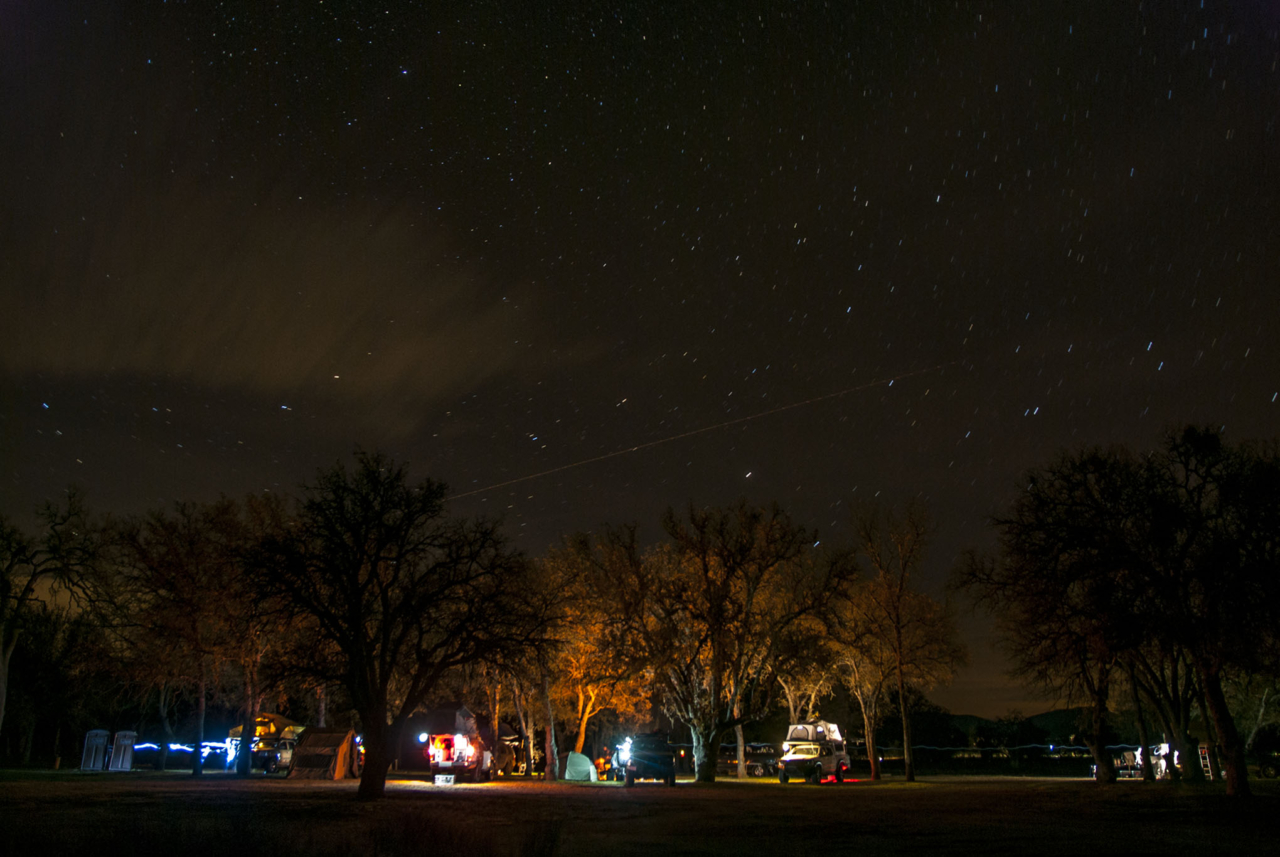 We made the call to hit camp a little early, so we proceeded down Mission Road to Primitive Campground Road. Yes, the Army has a very elaborate naming system for their roads.

It was a very nice and secluded campground, minus the creepy trailers setup towards the back of the site. After spreading out in different directions to find a nice option, the mass dispersion gradually centered the rigs to a corner site with a community fire pit. We unpacked our tents, cooked up dinner, lit the fire, and then turned in for the night. It was a clear enough sky with an ever so slight breeze. What we woke up to find at 04:45 in the morning was the pitter-patter of rain on our tent.

Deanna and I knew our tent wasn’t waterproof, but resistant up to a certain point. I checked the lining of the tent, and yep, it was getting moist with droplets from the rain permeating through the material. We didn’t want to wake up soaked so we started scrambling to pack up and shift to the ground tent. The nutty part was that it wasn’t even a hard rain, but a consistent light rain. While Deanna packed up the roof mounted cot tent, I deployed the awning and constructed the ground tent underneath. The process worked well, but I was pretty darn soaked—it was a good thing I’d brought my waterproof gear. I noticed Jon was up and about as well, and he had closed up his Flippac. We later found out that he didn’t have his rain fly up and didn’t want to deploy it in the rain, so he closed up and attempted to sleep in the back. All three of us got little to no sleep that night, well except for Deanna who decided to sleep in until about 10:30am.

Just joining us? Catch up with Part I of this story here.