“Louise, look for it.” Her eyes scanned the desert landscape of central Utah. The canyons of the San Rafael Swell glistened in the distance as we approached the best road sign in Utah. It lies just off of Highway 24 and marks a dirt road that traverses 100 miles of grandeur through the deserts of central Utah.

It’s not much…the sign measures two feet by three feet but directs the traveler to the “goods of canyon country.” The remoteness of The Maze District of Canyonlands National Park, the stunning rock art panels of Horseshoe Canyon, and the many twists and turns in canyons of Robber’s Roost remain accessible for the adventurous willing to explore via vehicle and foot. Outlaws such as Butch Cassidy and the Sundance Kid hid in these canyons! Yep, the desert wanderer can find adventure, by whatever personal definition, in this high desert playground. 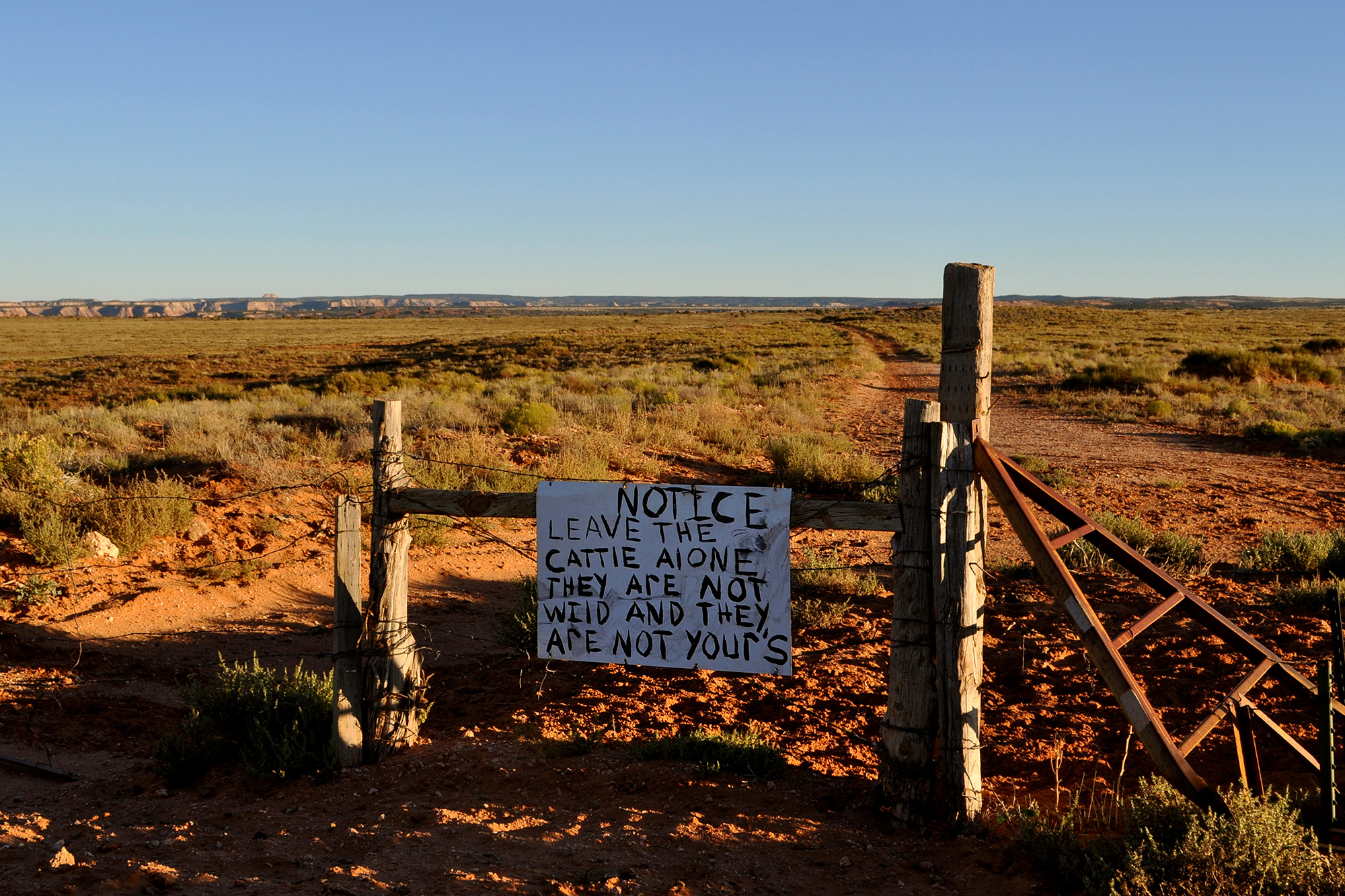 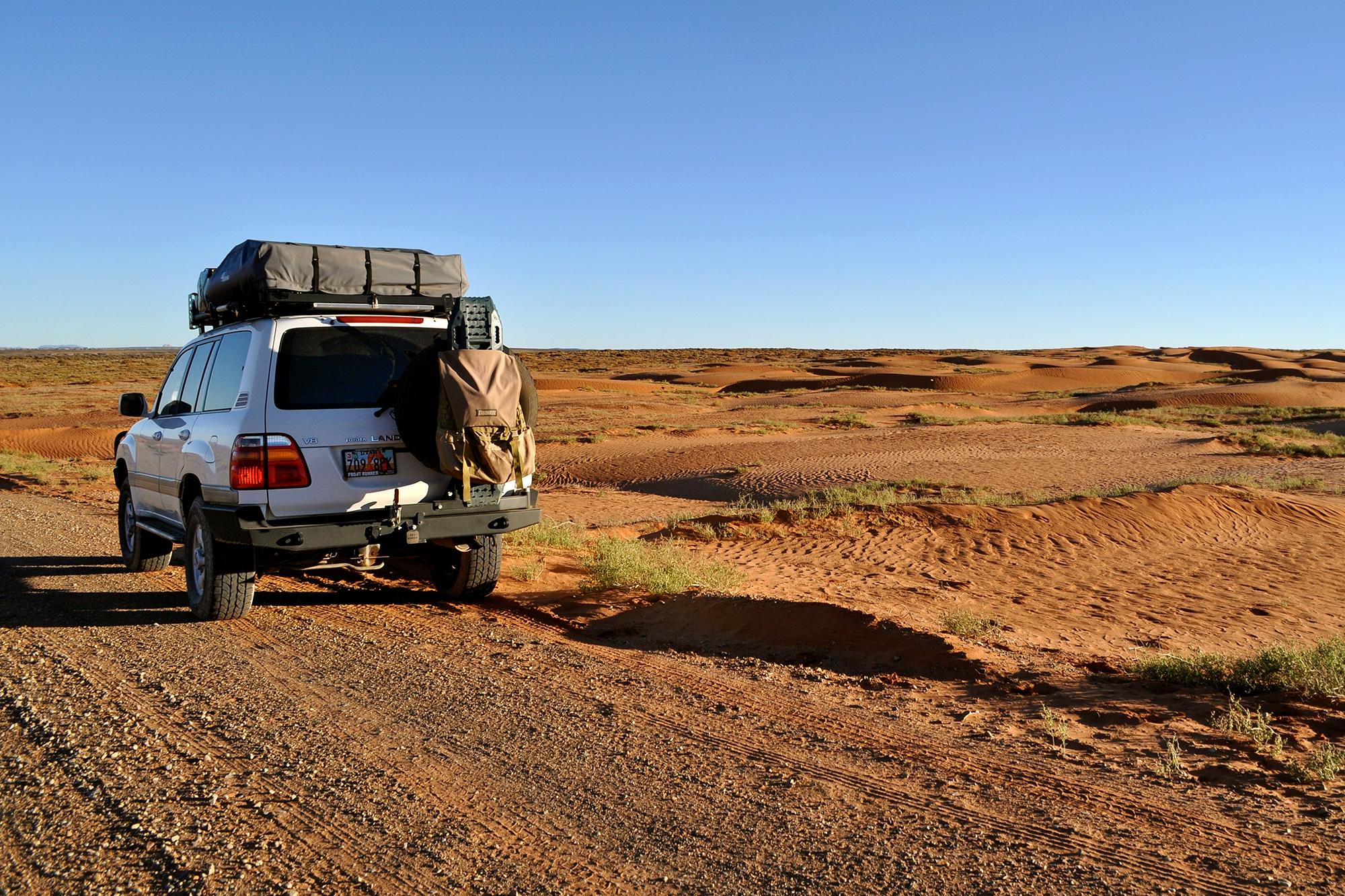 After reading “The Best Road Sign in Utah,” Louise and I aired down our tires as we turned off of Highway 24 and headed east. On this day, our destination was Blue John Canyon. This canyon was named after a blue-eyed outlaw cowboy who hid in the canyon to escape the law. Recently, it became infamous after Aaron Ralston amputated his arm to escape the canyon’s depths in 2003. 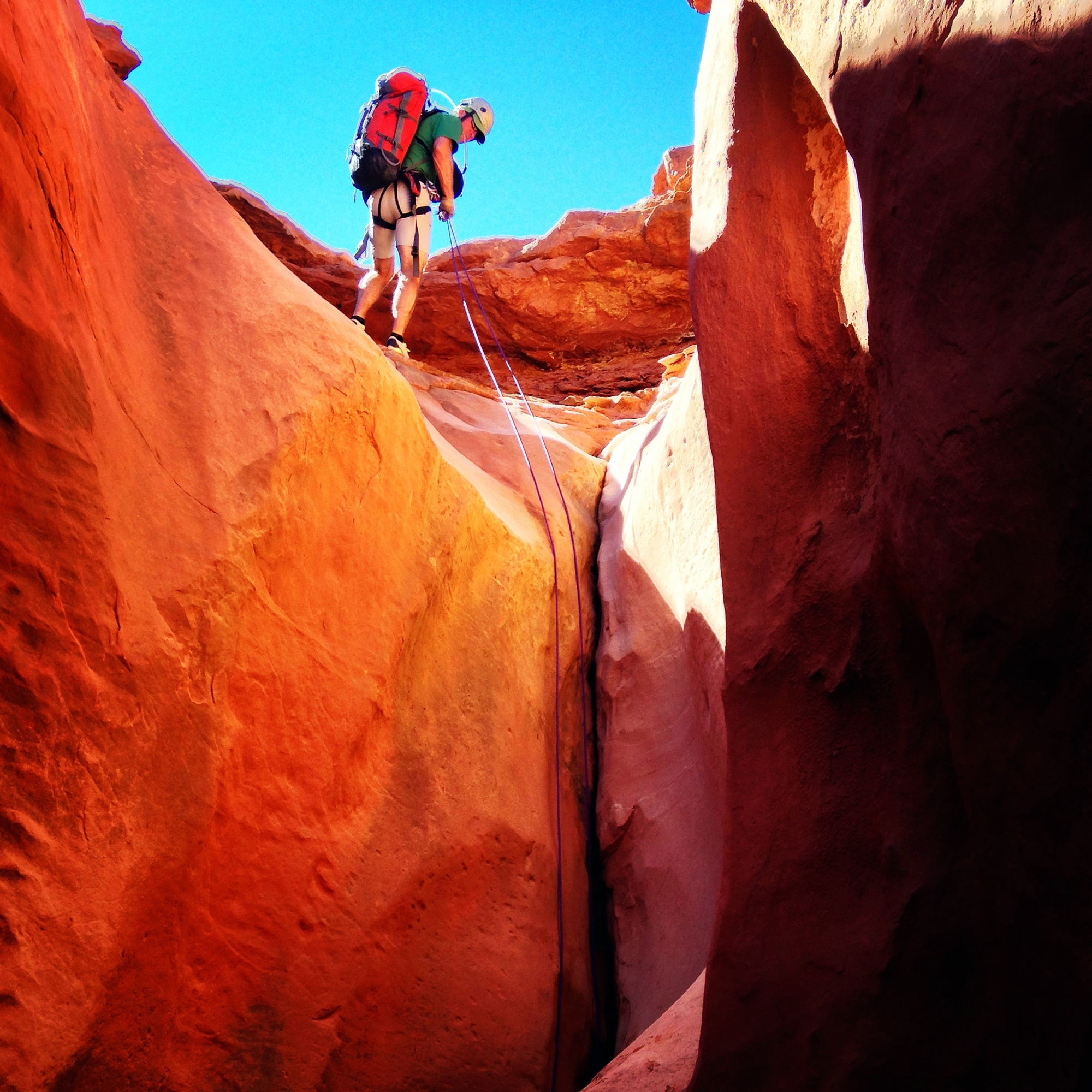 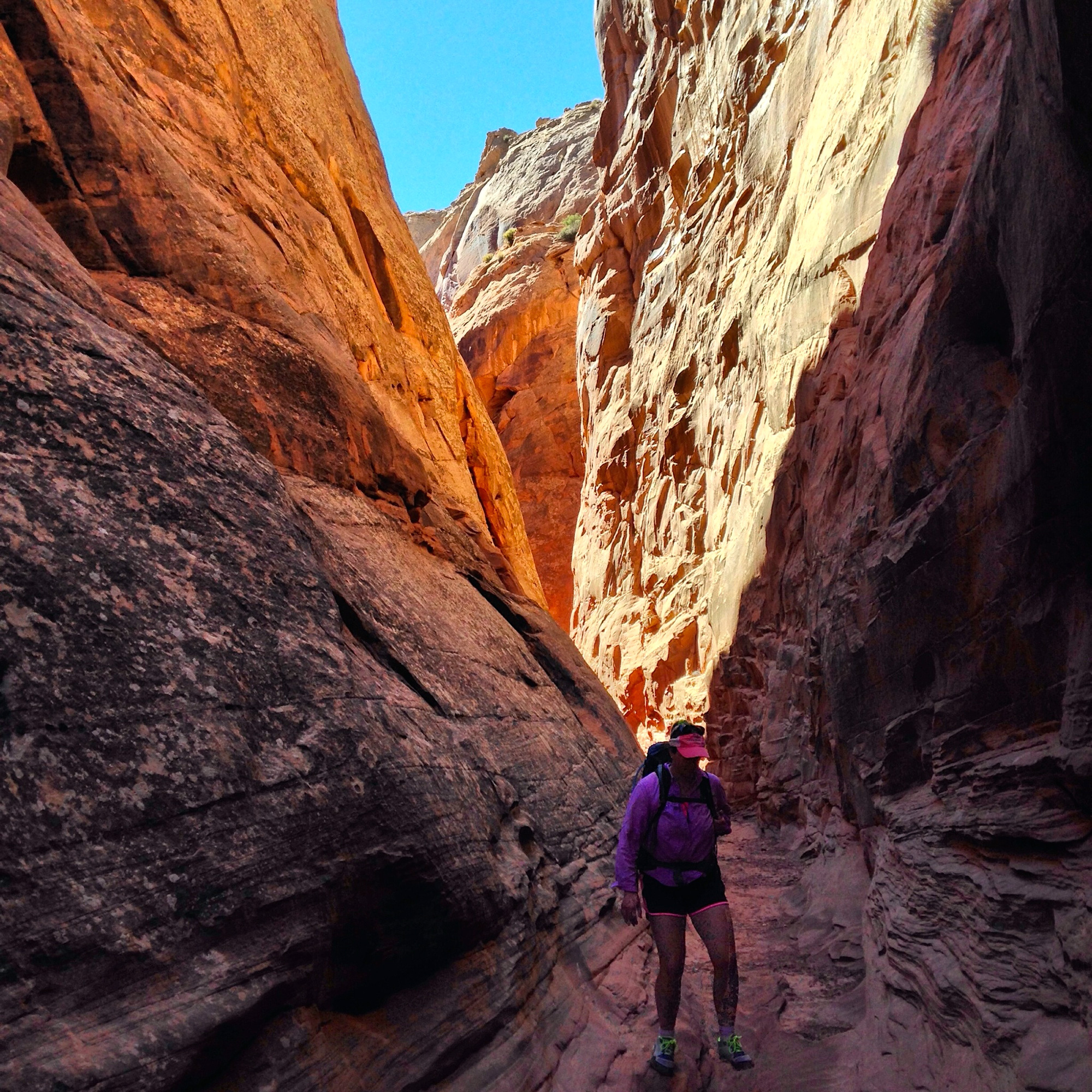 Over thousands of years, flash floods have carved the twists and turns of this canyon, and we simply reveled in the sculptured sandstone. We rapped 80 feet and untied our harnesses. We truly witnessed Mother Nature at work. The flood debris high over our heads signified this was not a place for recreation when the forecast included rain. We exited the canyon system via the Main Fork of Blue John and headed for the Land Cruiser. As our feet sank in the desert sands and sagebrush, Louise spotted an Attala point. Yep, the Native Americans called this place home thousands of years ago. Louise dropped the point in the sand, where she found it. We savored the setting rays of the sun. 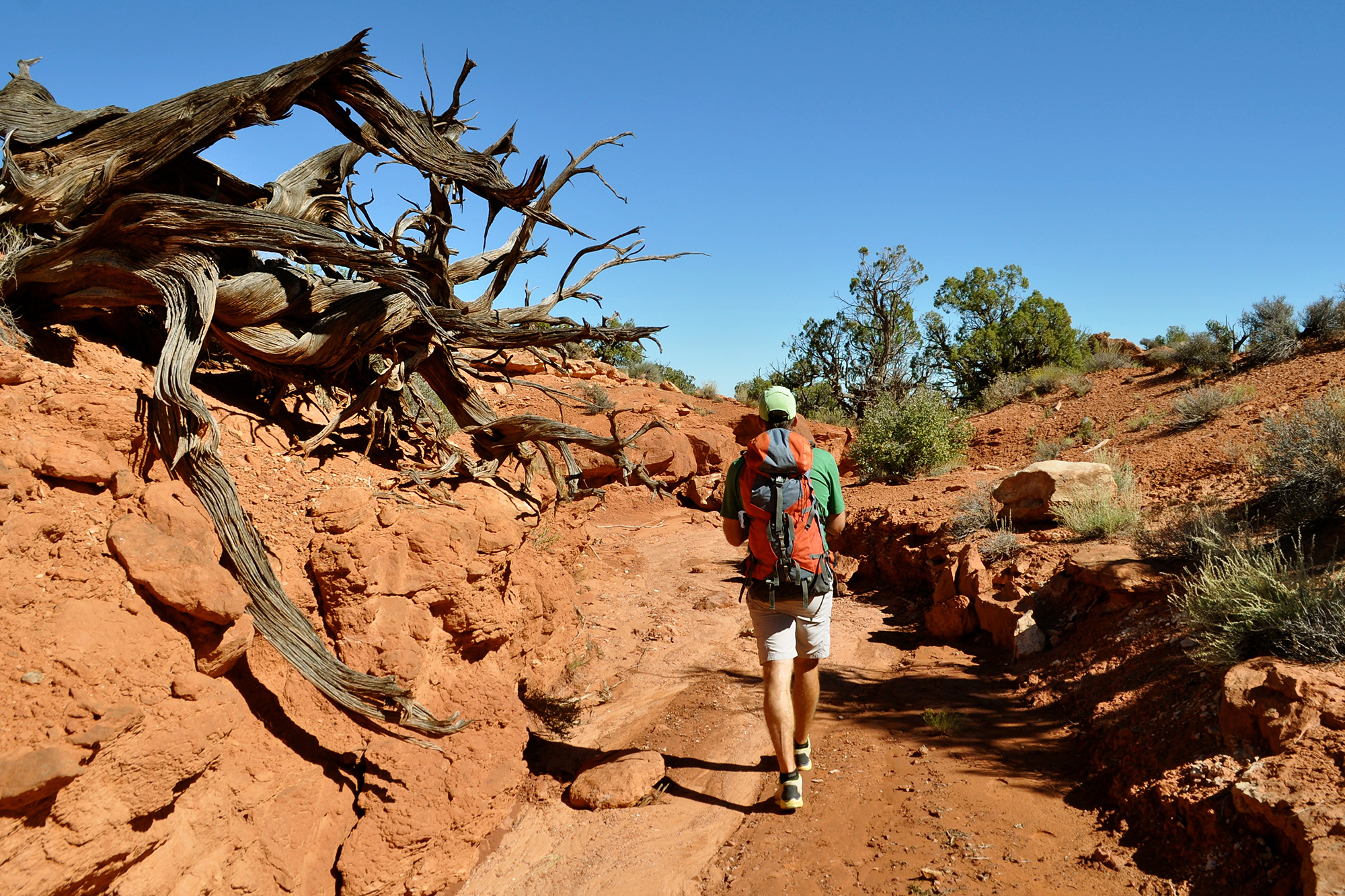 “Are you sure this is the right spot?” Louise questioned me.

“Trust me, all good things need a little time to come to fruition.” 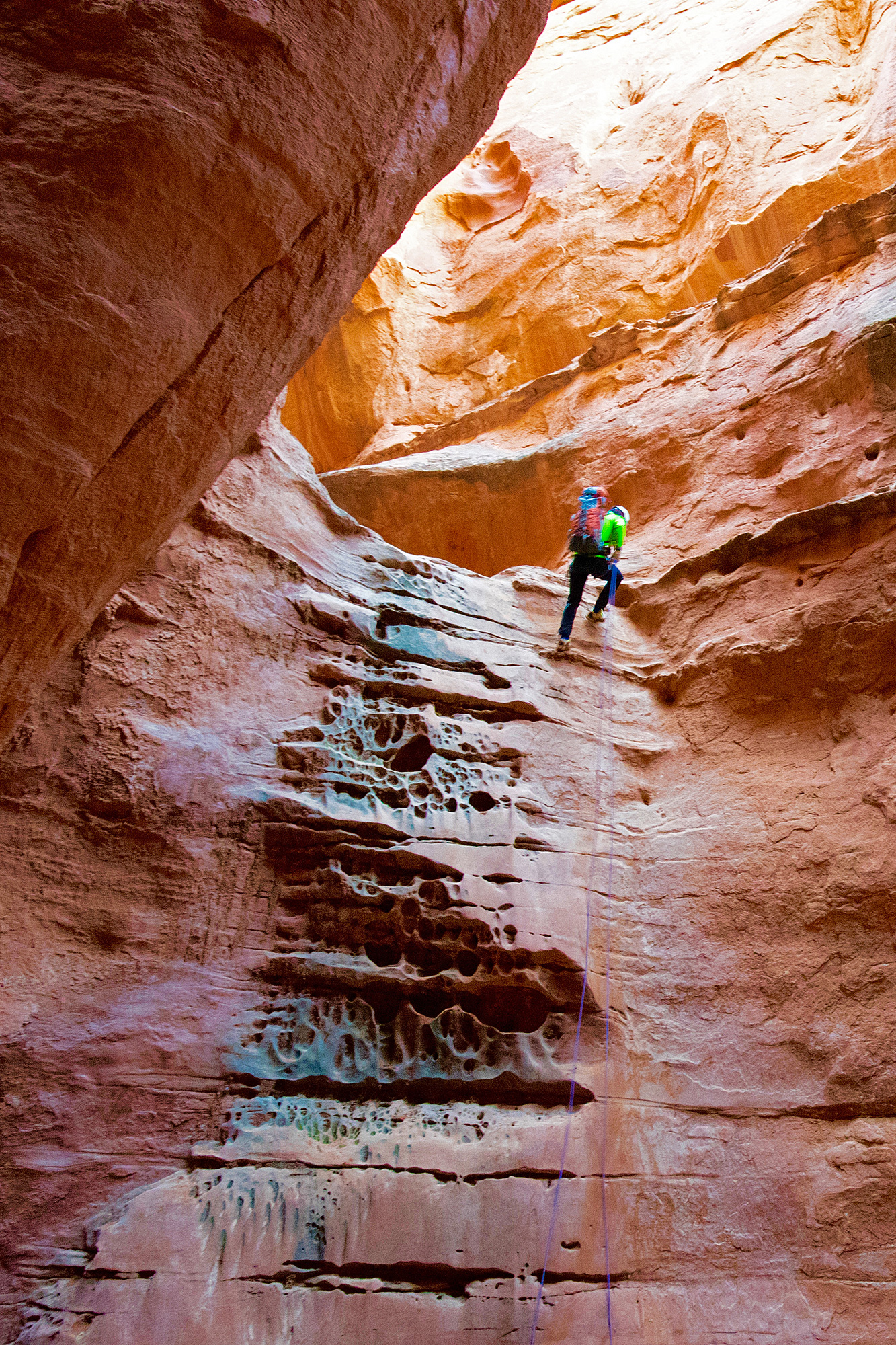 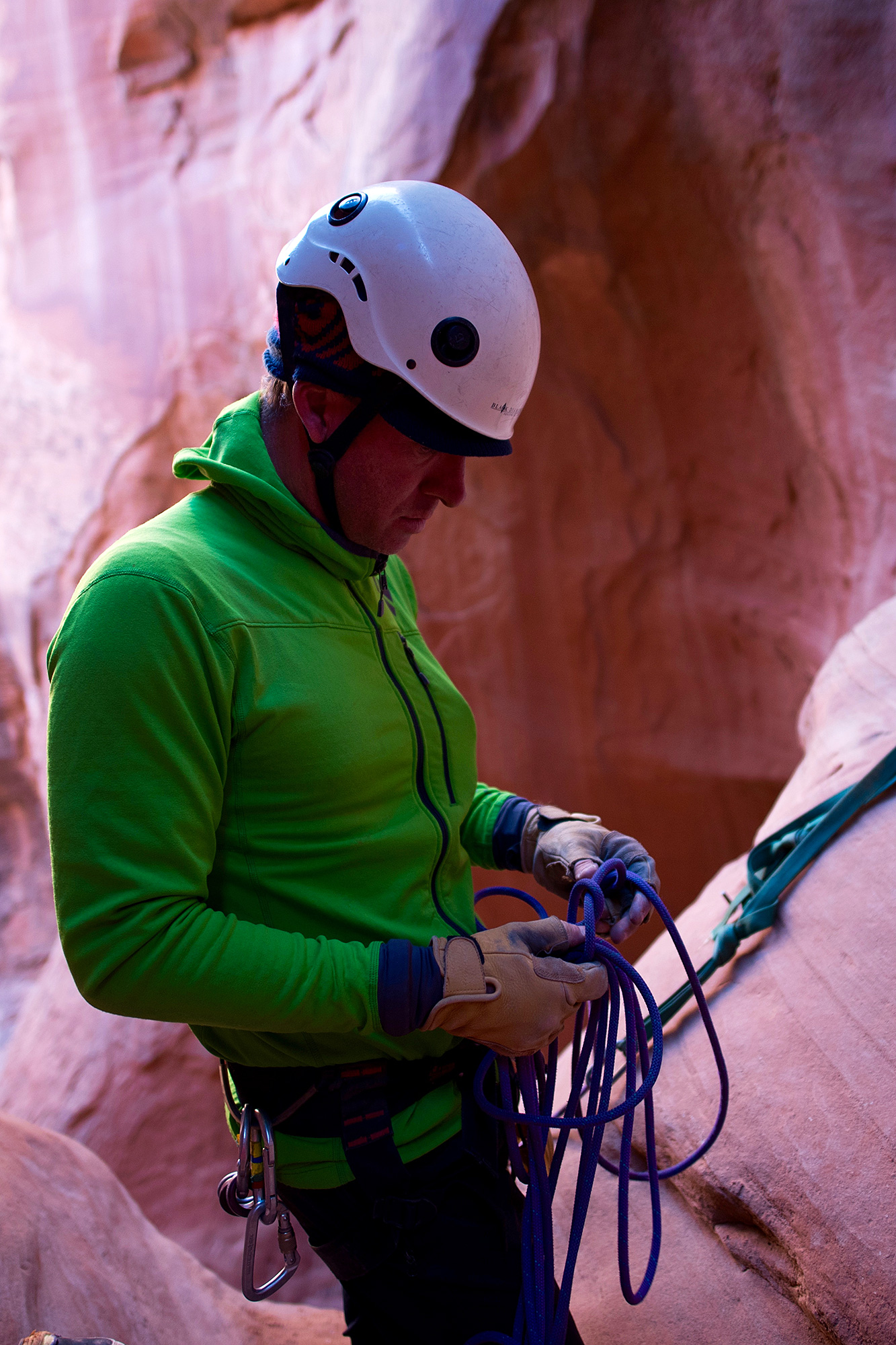 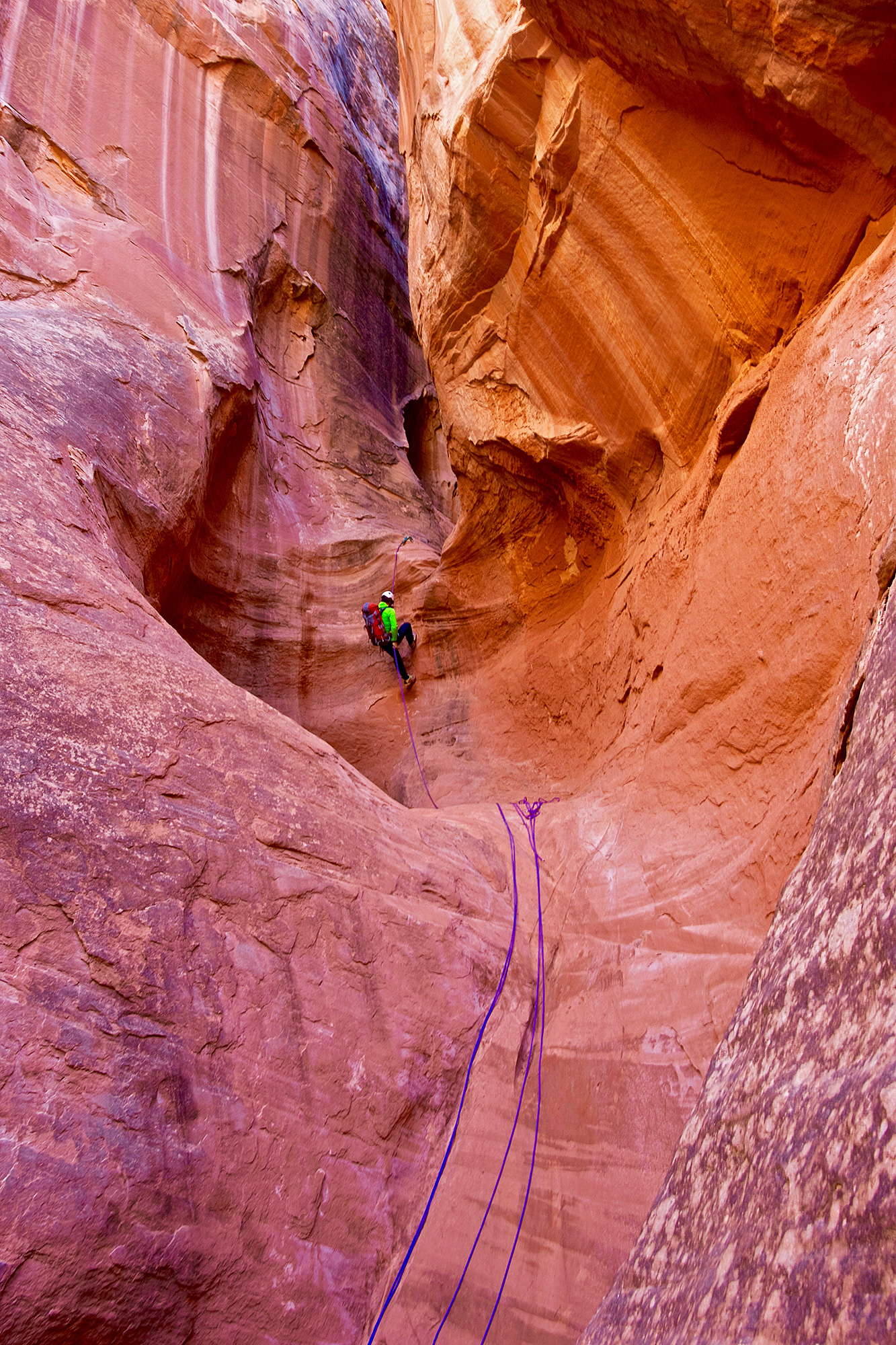 But, as we trudged our way along a desert two-track in the middle of Robber’s Roost, I had my doubts. Without warning, a canyon popped into view to our south. We eased our way into the head of the canyon; and soon enough, we were at our next rappel. The webbing looked good and signified we were the only ones enjoying the goods of canyon country on this day. We dropped into the slot and admired the sculpted walls. After four casual-straightforward rappels, we were deposited into a canyon oasis. Water flowed, trees grew, and fish swam. The outlaws that hid from the law in these canyons weren’t idiots. 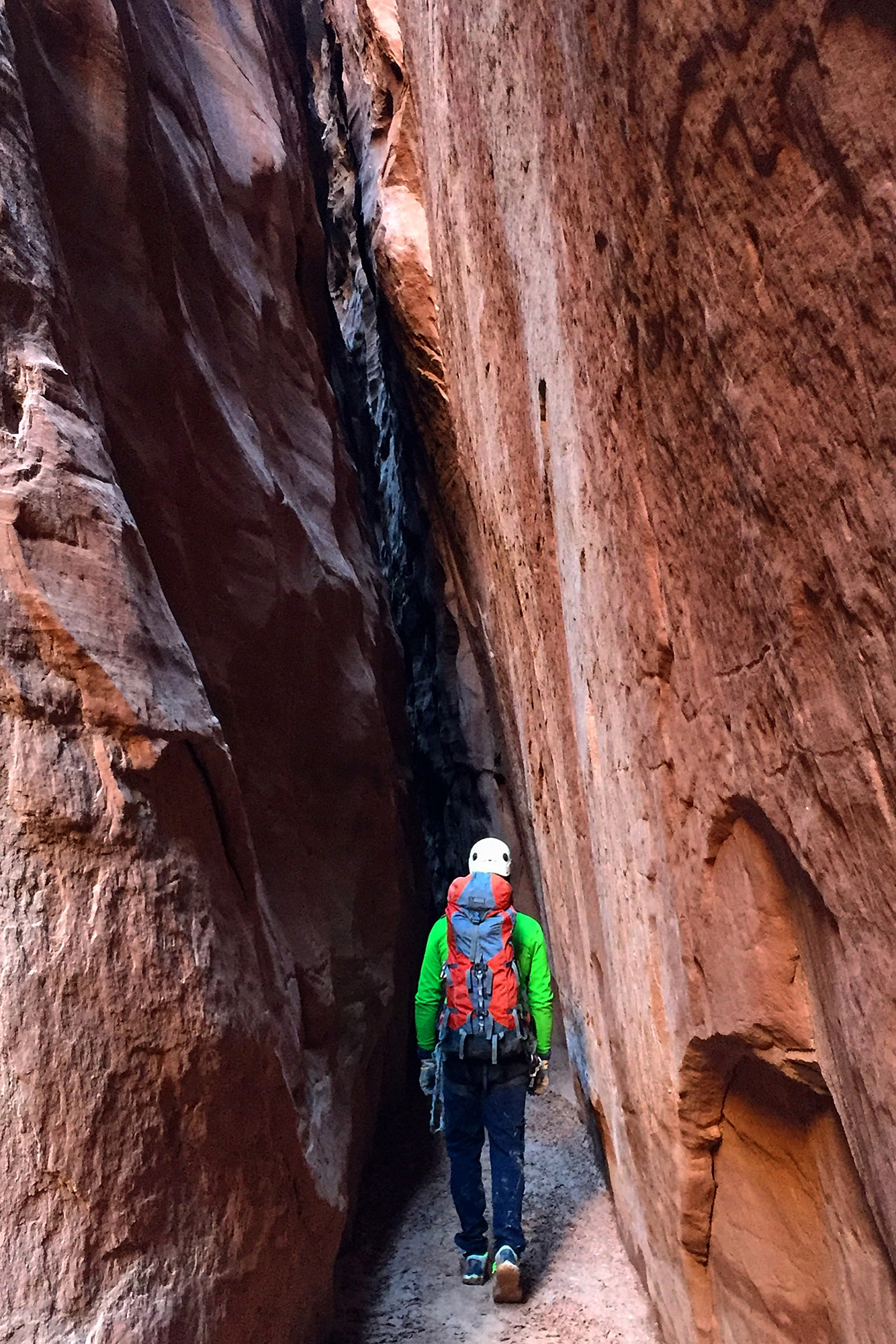 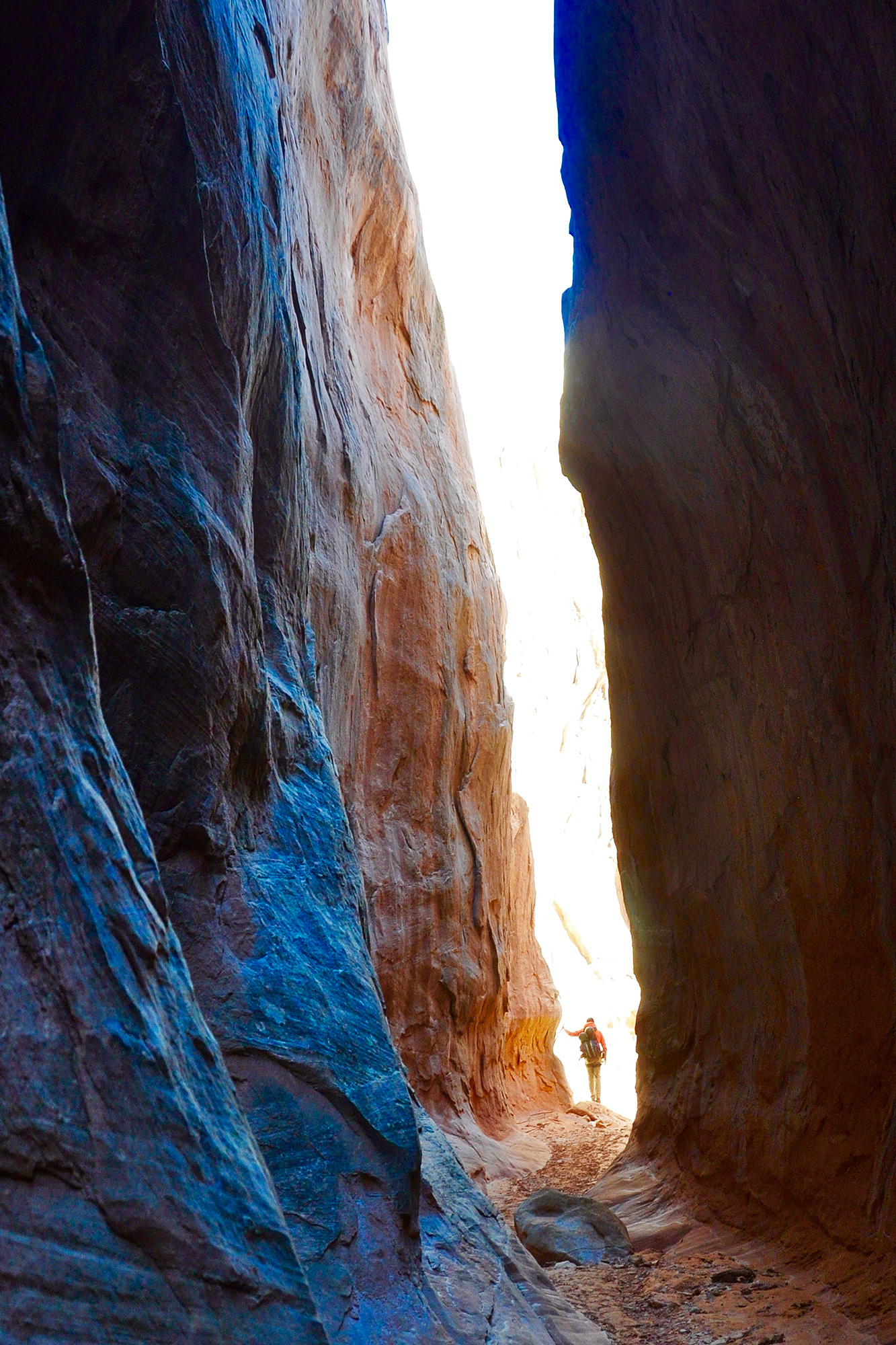 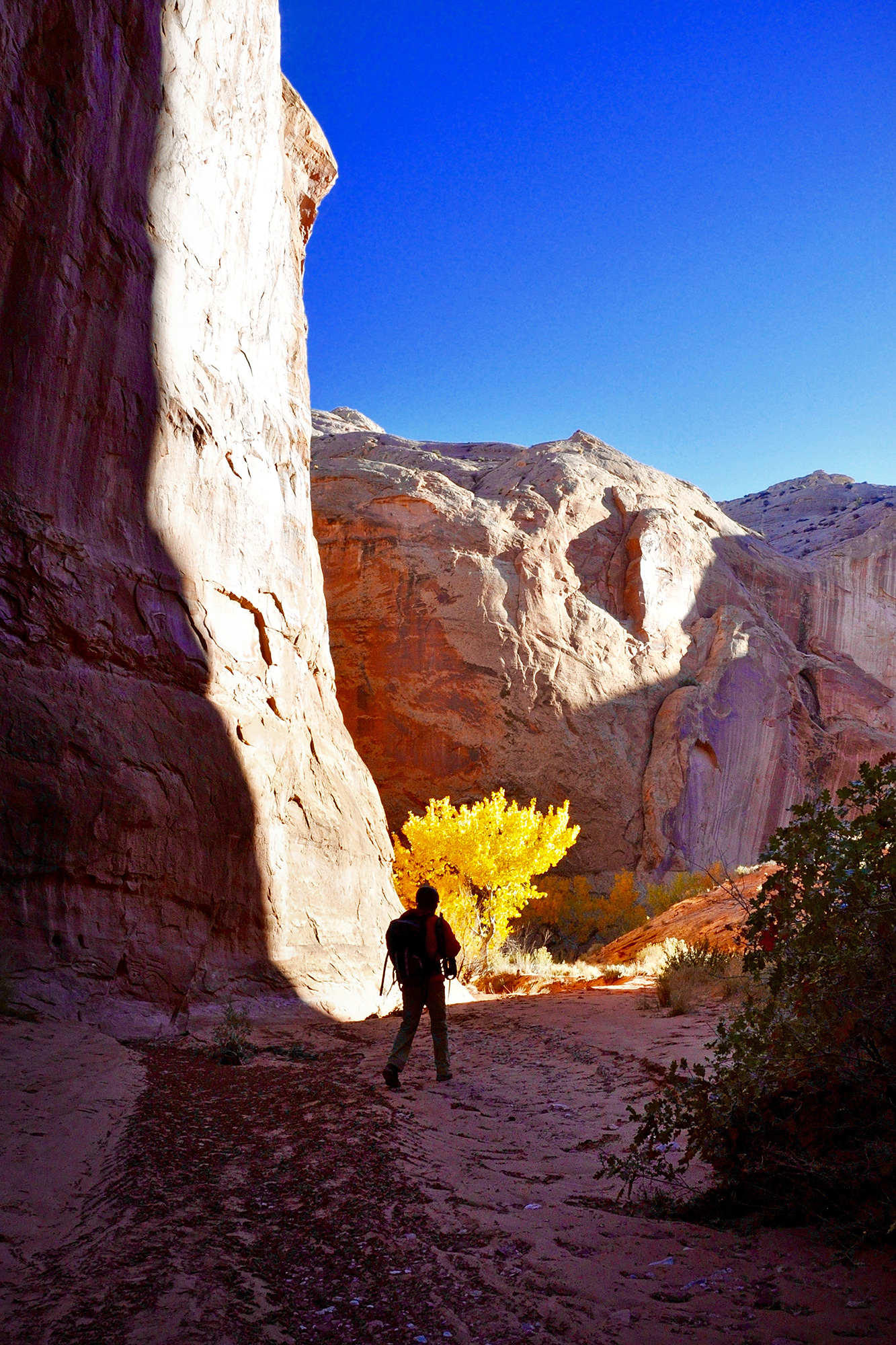 Louise and I gazed at the 400-foot walls coated with desert varnish (iron oxidizes within the sandstone). As we climbed our way out, we both agreed that the canyons of Robber’s Roost are the most attractive in southern Utah. 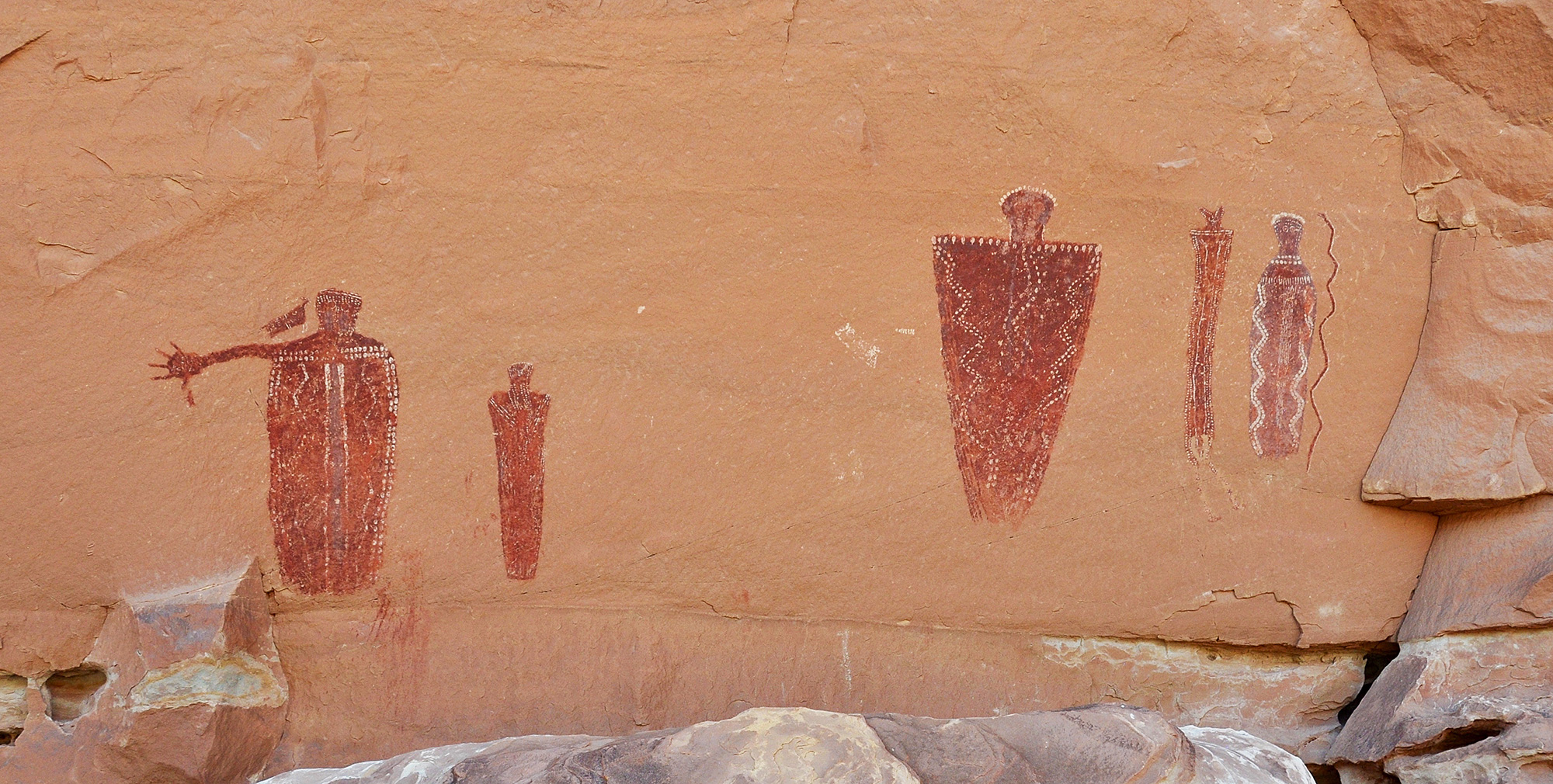 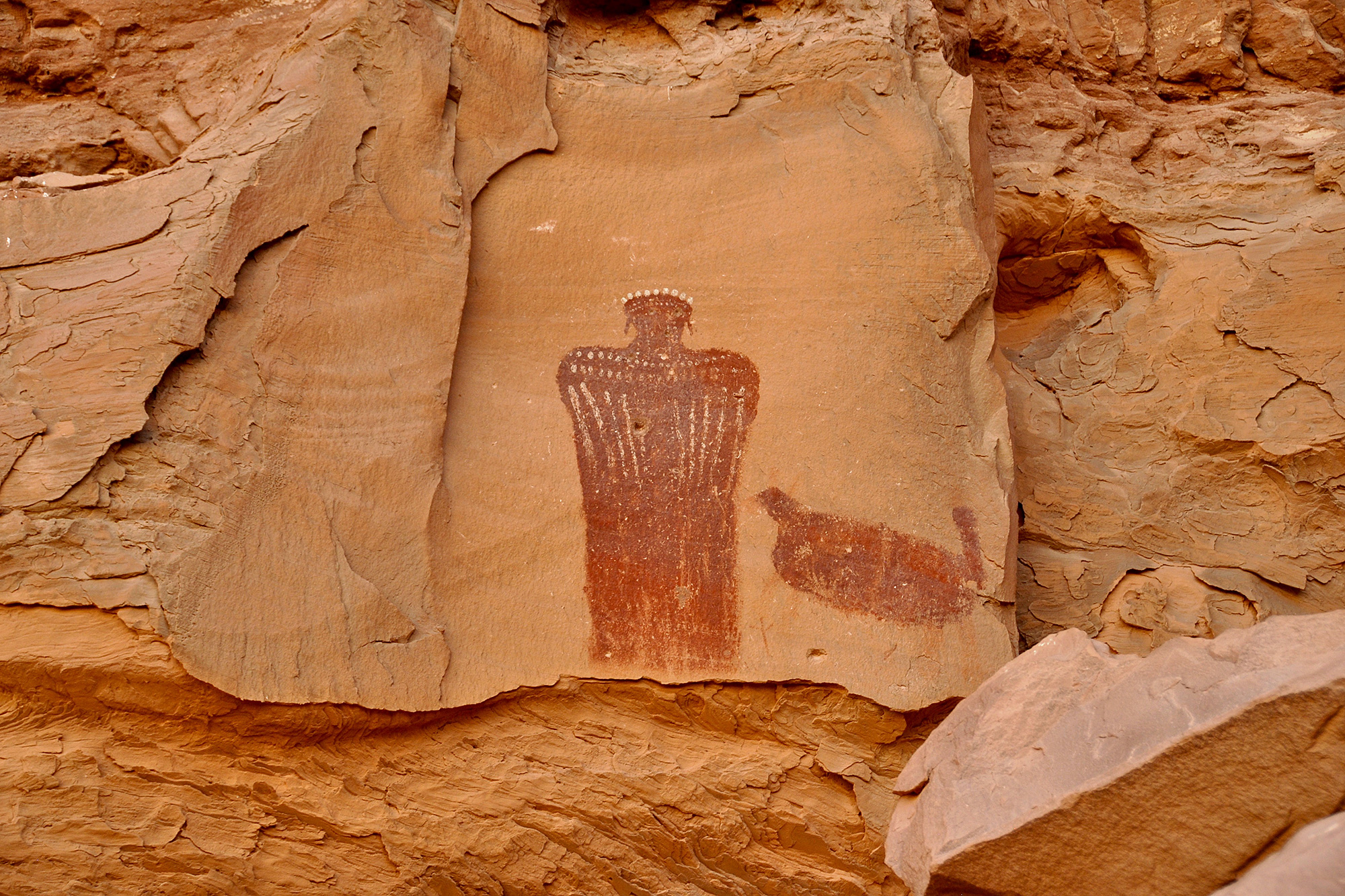 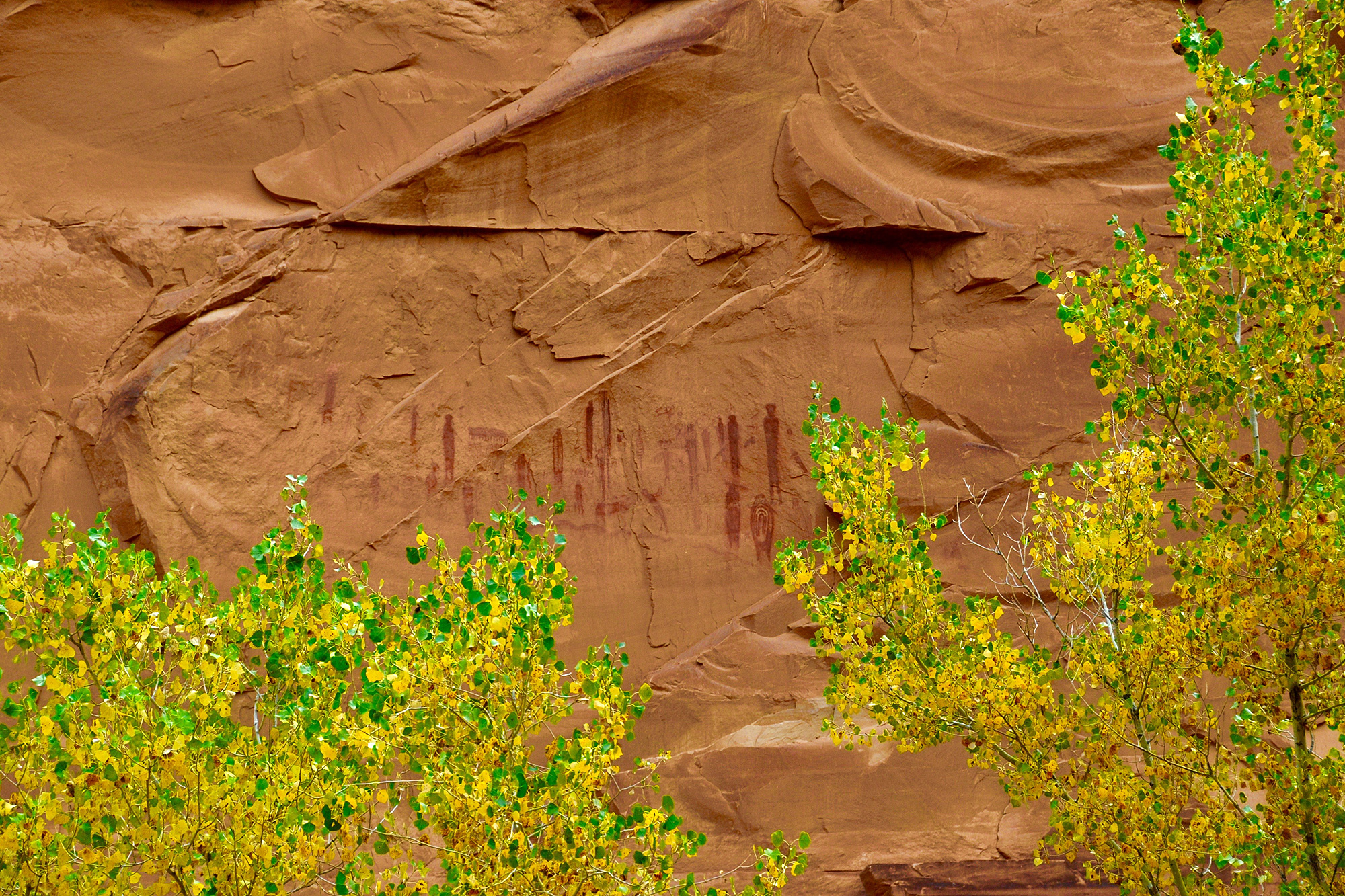 Rock art… Pictures on the wall… What do they mean? Why were they made? Rock art appears all over the Maze District of Canyonlands. Horseshoe Canyon has some of the finest in North America. Rock art is broken up into two categories: pictographs and petroglyphs. Pictographs are painted figures and shapes, while petroglyphs are carved into the rock. Horseshoe Canyon is known for its pictographs. Some of these paintings date back 4,000 years! Like the desert wanderers before us, we guessed what their meanings were as we stared at these masterpieces. It appeared that they were painted just yesterday, not thousands of years ago. Edward Abbey (a southwestern writer) said “that the desert would not give up its goods easily but when you find them, you will appreciate them even more.” Louise and I stared with amazement and savored every minute we remained in the canyon.

Under the Ledge Country—The Maze 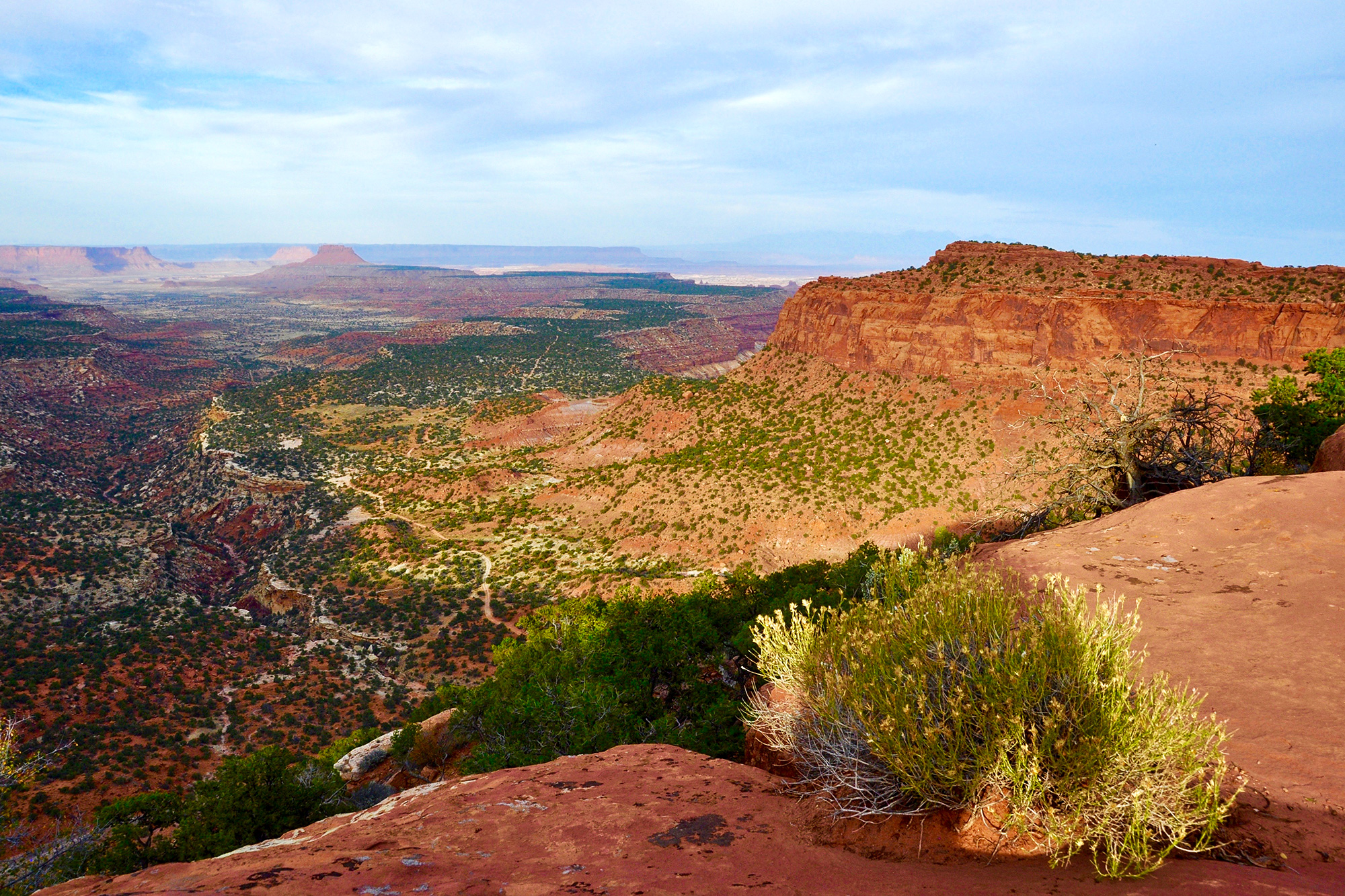 In today’s world of environmental conflict—drilling, fracking, gas permits—I was grateful that 60 years ago uranium miners decided to explore into the Maze and blazed the road known as the Flint Trail down into one of the most remote spots in the lower 48. The Maze is broken into two sections: the high country with namesakes such as Cleopatra’s Chair, Panorama Point, and High Spur; and the low country known by local cowboys as Under the Ledge Country. 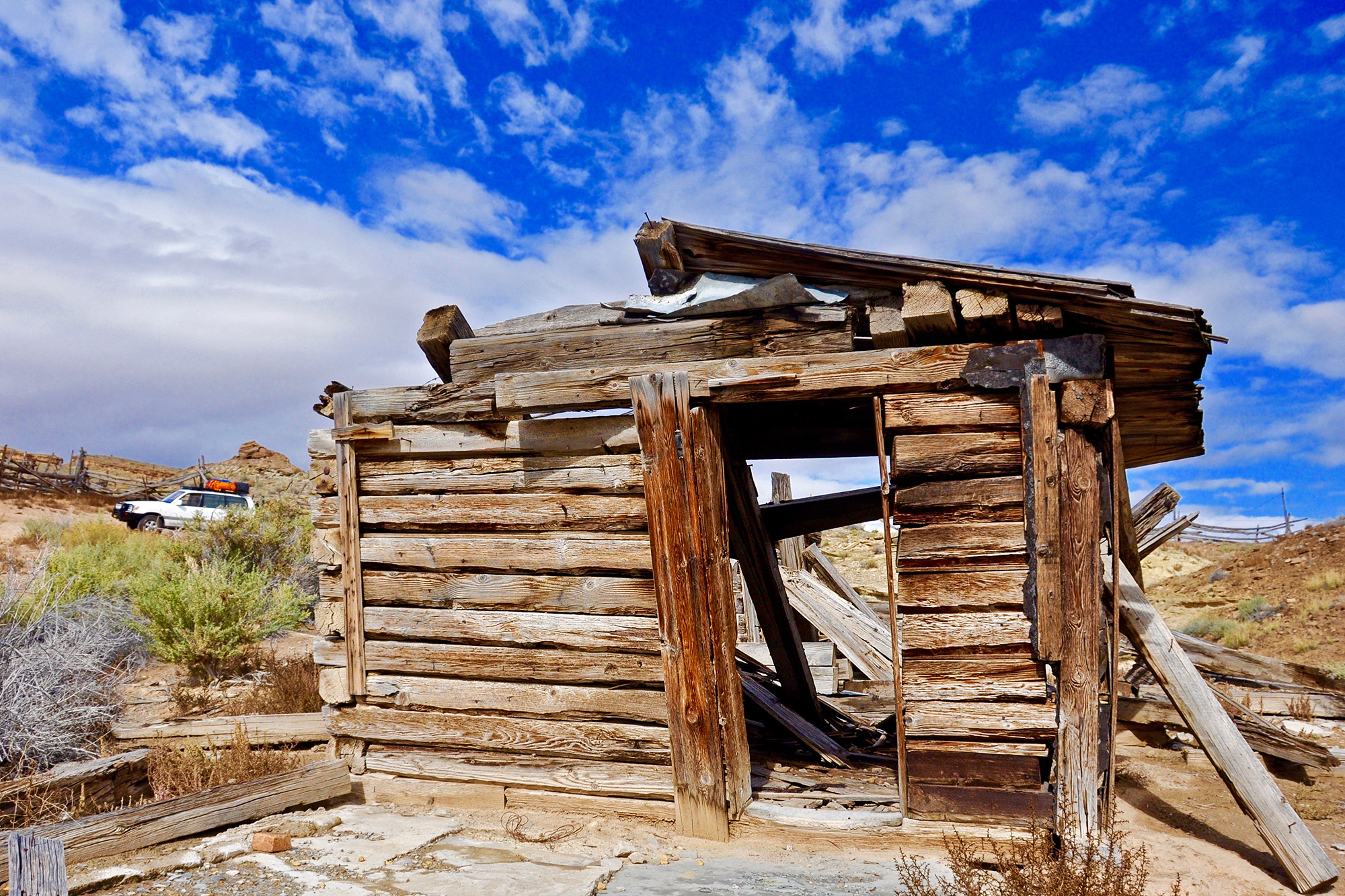 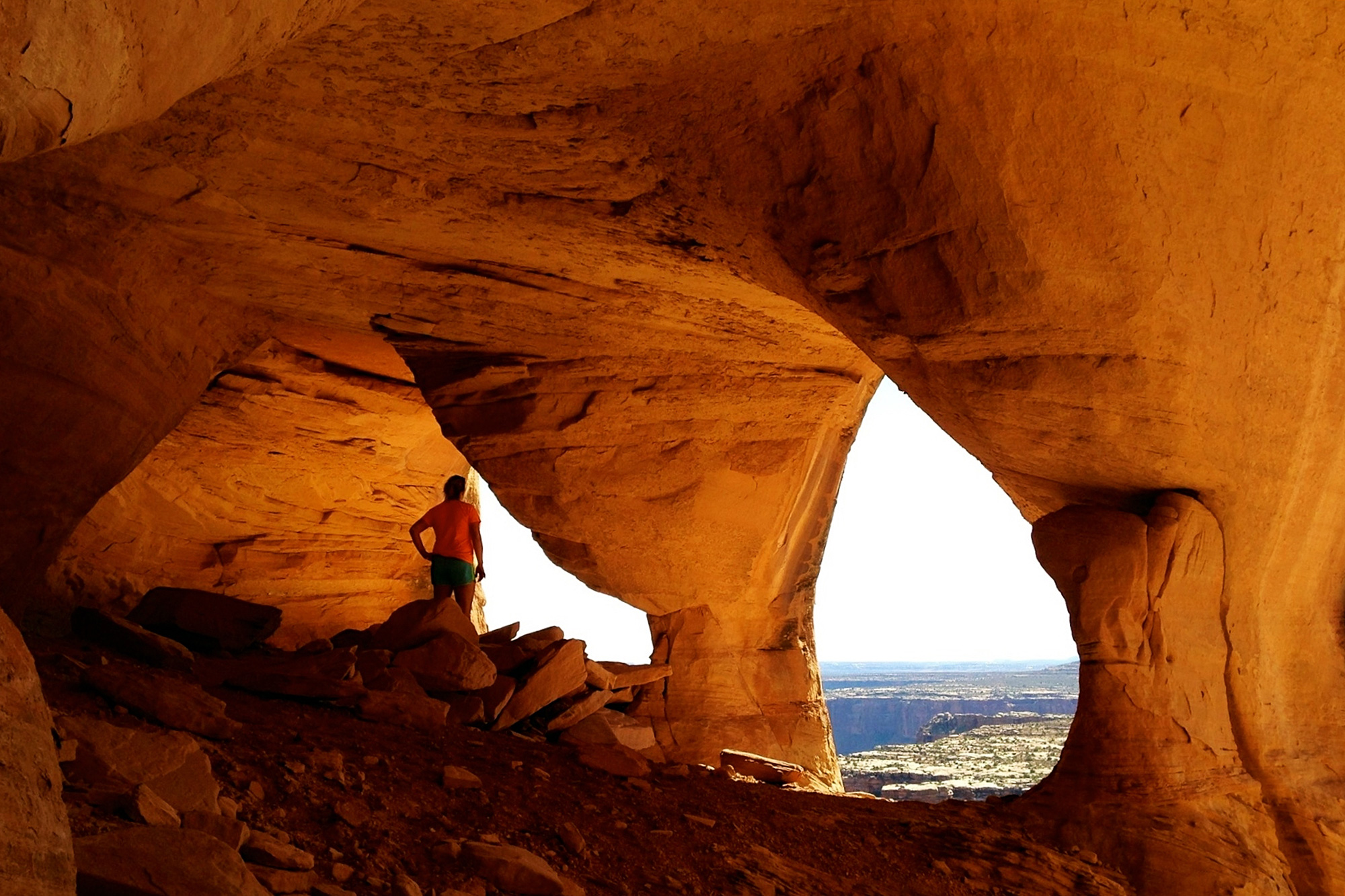 The Flint Trail descended steeply along a sandstone cliff, and we agreed 4-Low was a must to control our speed on the descent. Louise and I marveled at the views and the immense land of canyons, arches, and towers. We acknowledged that we must respect this land and hoped that all would relish in it when taking the plunge into its depths. The appreciative adventurer must experience each of these places with names such as the Chocolate Drops, Maze Overlook, the Dollhouse, and the Land of Standing Rocks. But, on this day, we set off on a hike from Waterhole Flat to the southeast seeking the view of Cataract Canyon. The Colorado River flows through this land and the miles of rapids make Cataract a rafter’s bucket list. However, Louise and I simply delighted in the solitude and beauty of the high desert. As we approached the 1,500 foot drop off to Cataract, we smiled at one another—thankful that we had followed “The Best Road Sign in Utah.”

M
michael-holland
Michael Holland is an outdoor enthusiast, father, educator, and writer based in Park City, Utah. He caught the exploration and adventure bug after re...
An error occured.