Buy vs. Build. It’s the classic gearhead dilemma. I first encountered it in the world of rally racing. It’s often quicker (and less expensive) to buy a pre-owned machine than to build something from scratch. So why do we so often favor the slower, more expensive route of building?

The whole built-not-bought mindset comes to mind, sure, but there’s more to it than that. For some, it’s a question of realizing a lifelong dream—building the machine you always wanted; free of surprises. For others, it boils right back down to cost—half of more than you’ve got is often still more than you’ve got.

In the first post on the Adventurist Life Blog, I mentioned having several stories in the works. What you’re about to read is a conversation I had with Ryan Bartholomew… last July.

[bd] Introductions. What do you do for a living?

[rb] I operate a small engineering consulting firm providing automation support to the fine furniture industry in Hickory and High Point, North Carolina. The furniture industry took a big hit here about 15 years ago however, we are now seeing major players bring their factories back to the states. It is exciting to see the area rejuvenated after the economic downturn.

[bd] Tell me about the Taco. How long have you had it, and how did the decision to go exploring change your plans for it?

[rb] I purchased my Tacoma in October of 2014 with the sole intent of using it for extended off-road travel. I was considering purchasing a new 2015 Tacoma, but after my build list reached the $50k mark… I considered a pre-owned unit.

My wife actually discovered the truck on Craigslist in Prescott, Arizona. 85% of the parts were already installed by the previous owner, an Army Officer who was recently discharged. He kitted the vehicle like a dream build, but was forced to sell it after the birth of his third child.

I had reservations about purchasing a modified vehicle, but my fears were put to bed after seeing the truck. It was a cream puff. Since the purchase, I have added the Howling Moon RTT, built the aluminum rack for the tent, and added all of my recovery accessories. 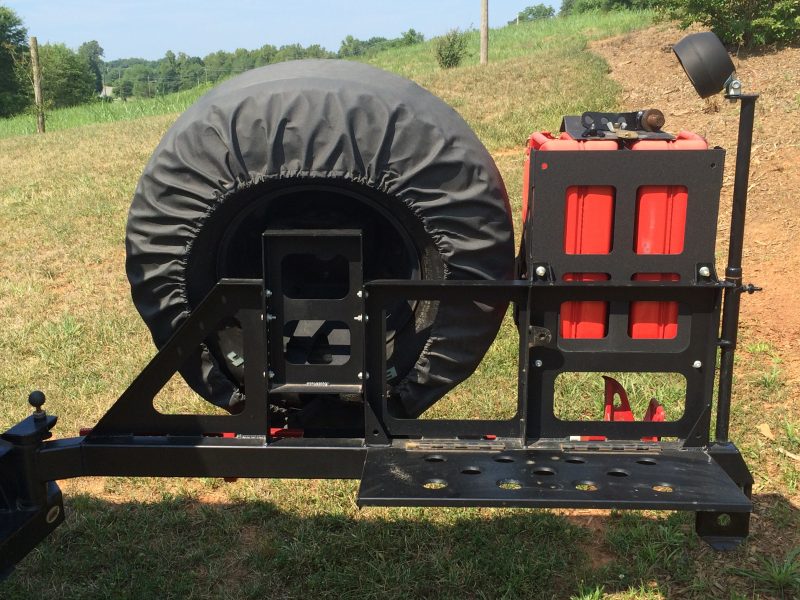 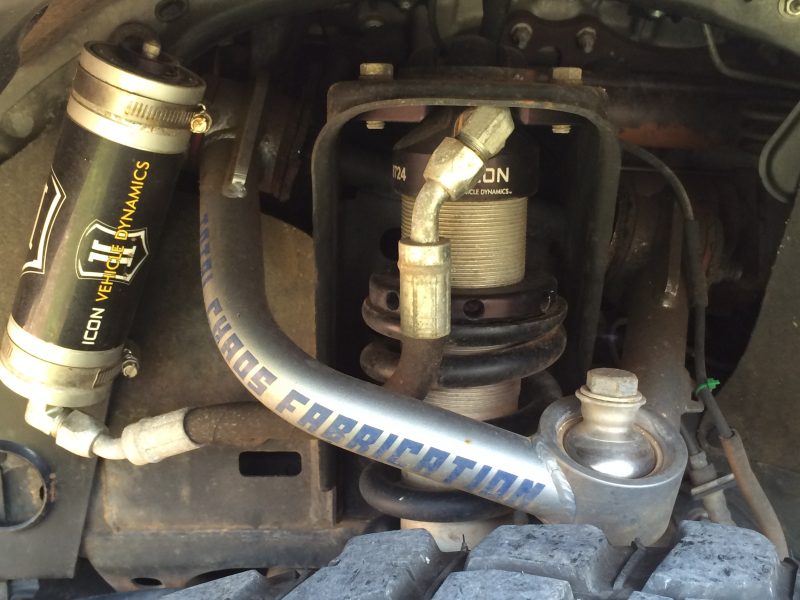 [bd] Ooh. This is good stuff. You bought a pre-“completed” project. Coming from the land of race car ya-yas, I know that can be a risky proposition. What kind of ah-ha moments have you had since buying the truck? Maybe something you would have done differently and changed, maybe something you’ve come to really appreciate that makes you glad you bought “pre-fab?” Would you recommend this route to others? What are the pros and cons?

[rb] This was the first vehicle of any sorts that I purchased completed. My background in motorsports told me to never touch what someone else has molested. This, however, was a different story. The truck was in showroom condition with 68K miles and all new overland bits added very recently. No scratches on the bumpers or rock guards. I climbed under the truck and it was as though it had been on pavement its whole life.

As far as doing things differently, I have changed a few things around to my liking. Things like light placement, and suspension settings. Nothing too crazy. Overall, this is exactly how I would have built the truck. I don’t know that I would recommend purchasing “pre-fab”, simply because of the cobbled together stuff you see out there. However, If the vehicle in question is exactly what you want and is clearly well taken care of—why not?

The pro for me was the huge money savings. I saved about $25K by going this route. I haven’t experienced any cons at this point. Hopefully nothing rears its head in the near future. I think you just have to do your homework and make sure the vehicle is exactly what you think it is. 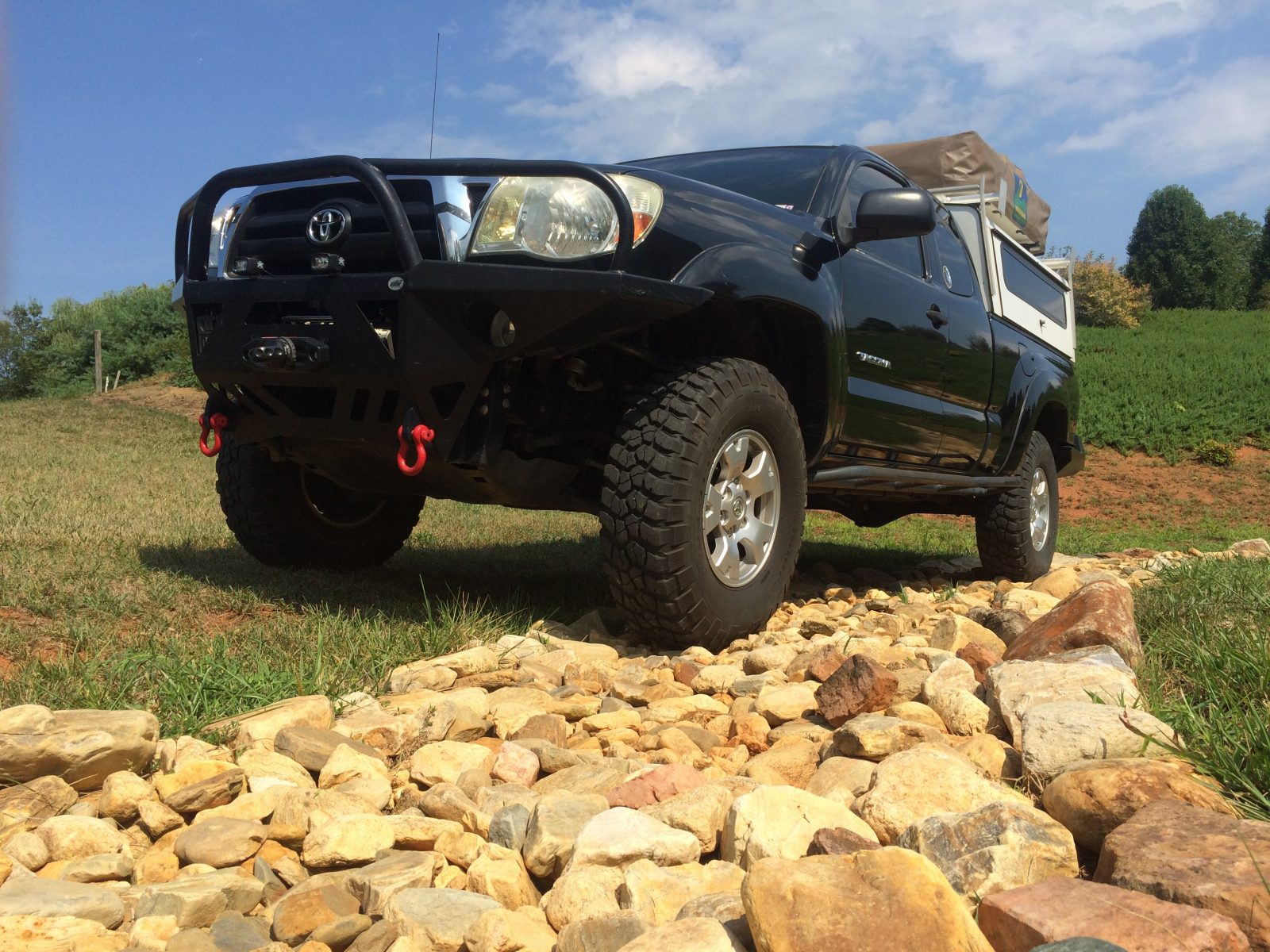 [bd] I’m curious what you were into before you went on the hunt for the overland Taco. What kind of gearhead were you, and how did you come to be driving a kitted-out overland rig like this?

[rb] I have been involved in many forms of motorsport over the past 15 years. To start off, my father and I did a ground up restoration on a 72 VW Baja Bug. It was a pretty epic first car, 1800cc engine, bus tranny, 6 point cage, speakers, etc.. It was a lot of fun.

I sold it not long after high school and got into the B-Series Civic swap game. I had a few EG Civics and a DelSol. Then I found motorcycles. I got into sport-bike track days and got pretty fast. I was stupid and would ride on public roads like I was at VIR.

I got that out of my system and moved to dirt. I have owned seven bikes in the past 10 years, ranging from the above mentioned sport-bikes, to Husqvarna super-motos, to dirt bikes and quads. I even had a 125cc shifter cart for a bit.

Aside from my personal motorsport pursuits, I got my start working for a modified dirt track car builder. I then went on to become a technician and finally crew chief on a short course off road team. I have volunteered for All German Motorsports in the SCORE desert racing series. I guess you could say I am an equal opportunity motorsports enthusiast.

Most recently, I worked in the aerospace industry developing gas turbine engines and APUs. I decided to get into vehicle-dependent off road travel in an effort to involve my family in some sort of adventure. We really enjoy any time spent outside, and this truck allows those adventures to take place even further away from society.

[bd] This truck allows your adventures to take place further away from society. How far was your shortest trip? What’s been your longest trip thus far?

[rb] The delta between those is rather small. Our longest trip to date is three nights and about 30 miles off road. and shortest being one night and 15 miles off road.

[bd] What made each trip special? How much did they have in common?

[rb] Any time I get to spend with my wife without the distractions of work and general noise, it is special. All of our trips thus far have been the result of last minute realizations that we have a free weekend. Now that I am living back in western North Carolina, I want to take some time to complete some sections of the Trans-America Trail. With time there will be more long term trips.

[bd] It sounds like this truck ticked all the right boxes for you guys. What advice would you have for someone out there considering a used adventure vehicle?

[rb] The only advice I have is to make sure the vehicle is 100% mechanically sound, unless you are capable of making repairs or adjustments. Ending an adventure due to mechanical failures can leave a bad taste in your mouth, or worse—it’s dangerous.

[bd] Finally, why are you going to keep exploring with your Tacoma? 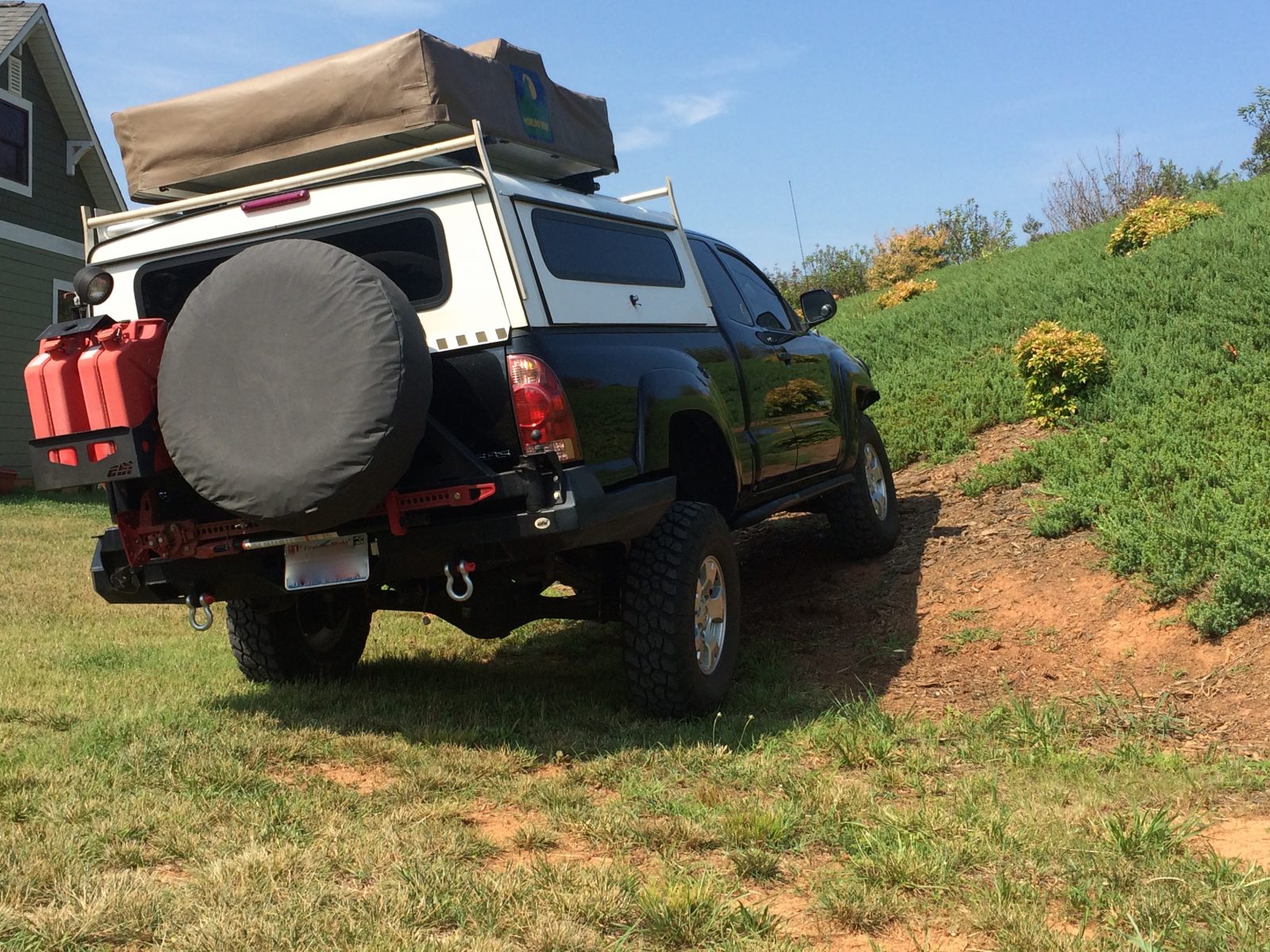 At the end of the day, the heart wants what the heart wants. Ryan wanted his overland/adventure vehicle to be a Toyota Tacoma. When a new build proved more than he wanted to spend, he set his sights on finding something used. I think he made out like a bandit.

Did YOU have a similar experience? Leave us a comment and let us know!