Sympathy for the Devil : American Adventurist

Our society grows more segregated by the day. We consume information reinforcing our beliefs and insulate ourselves from opposing viewpoints. There is a sick trend toward viewing compromise as weakness. I’d like to tell you about the ah-ha moment that connected me to both sides of immigration and gun control.

Please Allow Me to Introduce Myself

I’m by no means a man of wealth, but I’m confident in my taste.

I’ve had my share of adventures in recent years. I’ve spent a night under the stars in the Painted Desert with friends, a couple nights in a tent in Big Bear with my family, and more than a few nights in the back of my truck on the Mogollon Rim north of Phoenix.

I’ve also spent nights in hotel rooms in Arizona, California, Ohio, Canada, England, and Germany. You see, sometimes I’m camping. Sometimes I’m working a rally race. And sometimes I’m joining online gearhead friends for events in other countries. It’s all adventure, and each comes with its own concerns.

My experiences have shown me we have more in common than we do differences. That said…

One night, I came upon an American Adventurist thread planning a trip down El Camino del Diablo. This is a storied stretch of dirt road, running approximately 130 miles between Yuma and Ajo, Arizona. It cuts through a national park, reclaimed ranchlands, and military installations. It’s everything you’d expect from an Arizona desert adventure. Sweeping vistas, rocky canyons, abandoned homesteads, ancient hieroglyphs. If you’re lucky, maybe a low-flying fighter jet or two blowing stuff up on the horizon.

It’s also pretty close to the US-Mexico border. Which is why I joined the discussion asking:

Sounds like a neat trip. Reasonably safe out there closer to the border? Pencil me in?

The reply came back:

Plan on hearing a shaking of door handles and a rummaging through anything left out at night. It’s reasonably safe for a watchful eye, both BLM and Border Patrol advise being armed and alert for the duration. 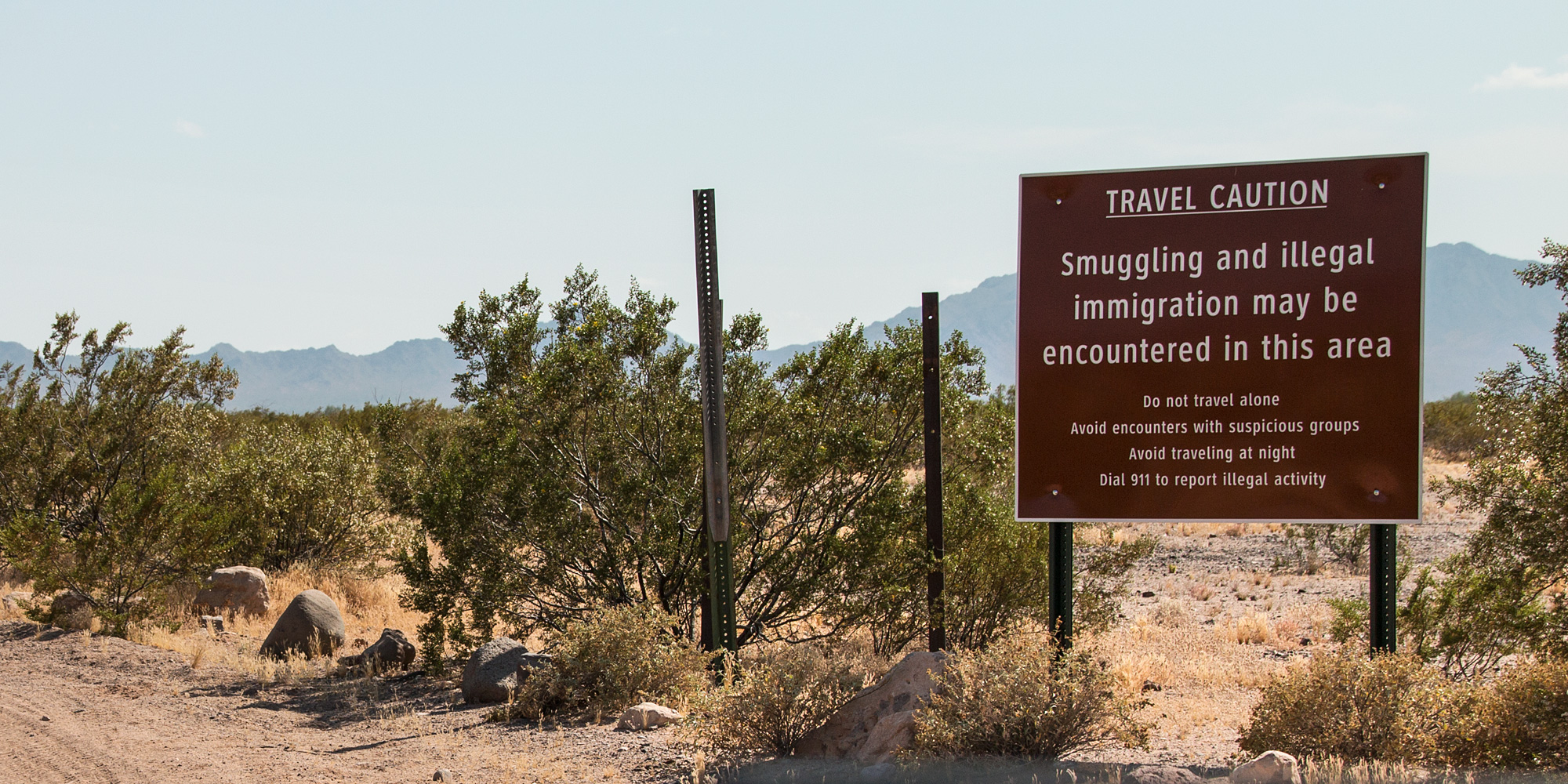 A Moment of Doubt

I’m not prepared for such a trip. First of all, I don’t own—and have no immediate plans to own—a firearm. Second, the only way I’ve room to sleep inside my truck is by putting a bunch of my gear outside at night.

I’m not ashamed to admit the thought of strangers trying to get into my vehicle while I’m in it scares me. I am, however, ashamed of allowing my positions on immigration and gun control to get so hardened. I’m also mad I’m advised to arm myself against foreign invaders in a national park half a day’s drive from home.

It would be one thing if we were just talking about tired, poor, huddled masses yearning to breathe free. We might take extra supplies to provide care for our fellow human beings, ya know? But we’re not just talking about fragile neighbors seeking safety and opportunity through hard work. We’re also talking about people with nothing to lose, the wolves fleecing them, and narcos profiting from our failed war on drugs.

I mean, think about it. Who is traveling through the barren desert wasteland in the middle of the night? And they’re going to try getting into a vehicle knowing the owner is sleeping inside? To what end? It gives me goosebumps. That’s a risk I’m not ready to take. 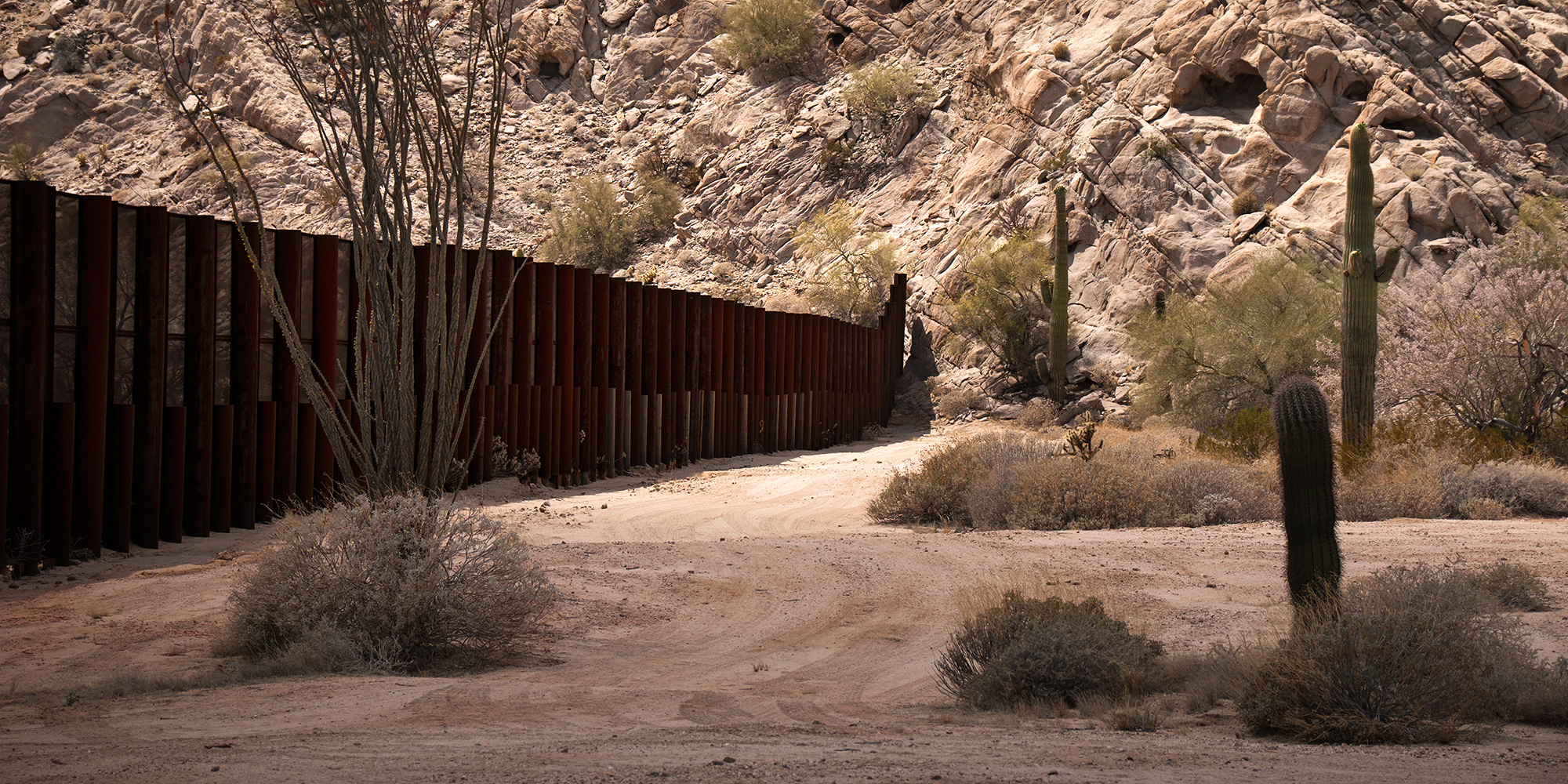 The Nature of My Game

I know I’m still more Utopian-leftie than some of you reading this might like, but you know what? Now I see why the right to bear arms must not be infringed. Border security just got personal—and I’ve lived near the Mexican border almost half my life.

In a perfect world, none of us would need weapons. We could all travel, work, and live wherever we wanted—a truly free market economy. But ours is not a perfect world. I still don’t see these issues as black-and-white, but they’re less gray for me today.

None of us has everything figured out. I think, if we’re honest with ourselves, we know this to be true. There are those who revel in limiting the scope of the global conversation to wedge issues; who profit from discontent and social unrest. When we allow fear and frustration divide us, we sell ourselves out to the lowest common denominator.

Travel is fatal to prejudice, bigotry, narrow-mindedness, and many of our people need is sorely on these accounts. Broad, wholesome, charitable views of men and things cannot be acquired by vegetating in one little corner of the earth all one’s lifetime.

I think most of us agree with those wise words. As adventurists, we’ve experienced the powerful, healing medicine of travel, be it by car, truck, bike, boat, plane, or even on foot. It’s a calling. The gear brings us to camp, but the people we meet around the campfire are what keep us coming back.

This is a story about how I backed out of a trip in my own backyard because I was scared.

I shared it with you today because that fear immediately shook my political beliefs.

It helped me better understand others’ political beliefs.

I hope your adventures give you the wisdom of understanding, too.