At Overland Expo West earlier this year, tucked in between the trees, Tacomas, and RTTs, was a 1995 Suzuki Sidekick. You’d be forgiven if you missed it. We looked up the owner, Andy Lilienthal, and discovered he founded a site called Subcompact Culture. Intrigued, we struck up a conversation.

Andy Lilienthal, and I live in Portland, Oregon. I own Subcompact Culture, which is all about smaller vehicles and living and traveling small.

AL: Living small. Why are you so interested in the smaller machines, the subcompact culture, as it were? How do they appeal to you? What subcompact do you own?

I’ve almost always had compact vehicles. We grew up with smaller cars, and I’ve always gravitated towards them. They’re nimble and fun to drive, use less fuel, and are easy to park.

I’m not someone who tells people they shouldn’t be driving a large car or that you really should be driving something smaller. Instead, I created Subcompact Culture to show people that, yes, some people actually prefer to drive smaller cars. Not necessarily because they have to but because they want to. 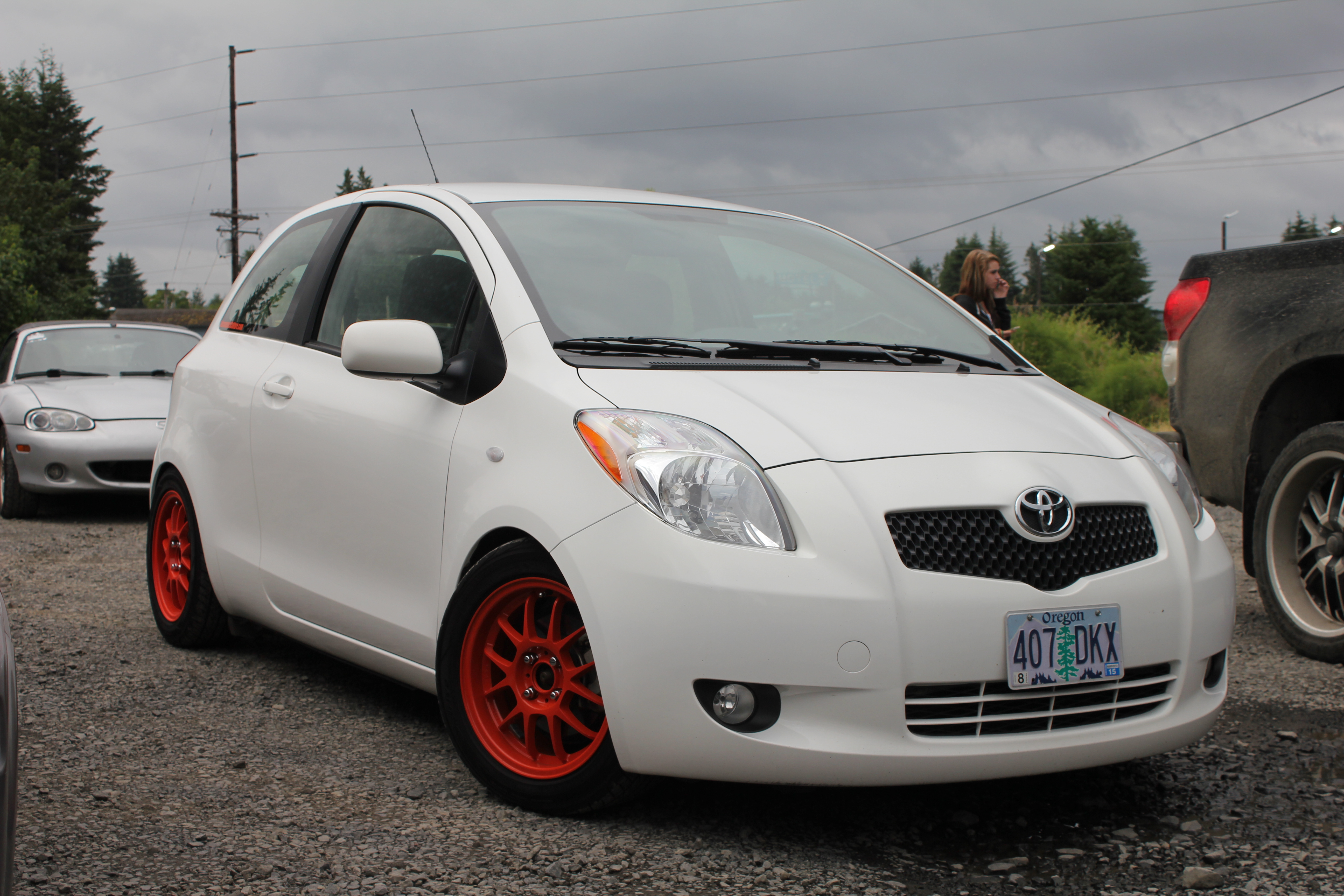 I have a few vehicles. Our “go kart” is a 2007 Toyota Yaris liftback. However, it’s not any ordinary Yaris. It has a modified suspension system with lowering springs, sport dampers, and a thicker rear swaybar as well a widened rear stance. Under the hood, it’s been modified with a K&N Typhoon intake, DC Sports header, and olden Eagle Intake Manifold. It rides on lightweight wheels and sticky tires, and is a ton of fun to drive. While it’s not a straight-line car, it’s a hoot in the twisties. 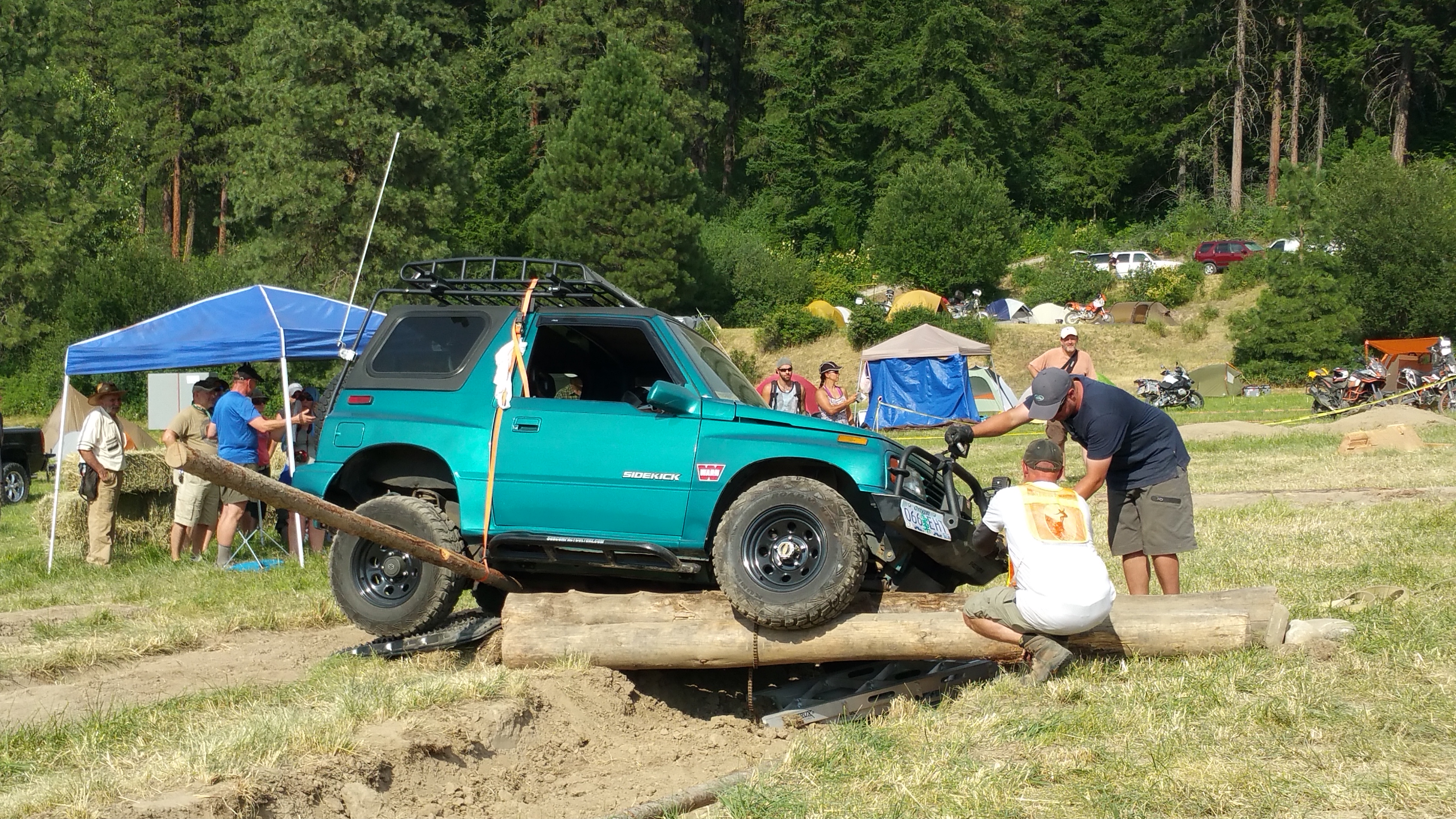 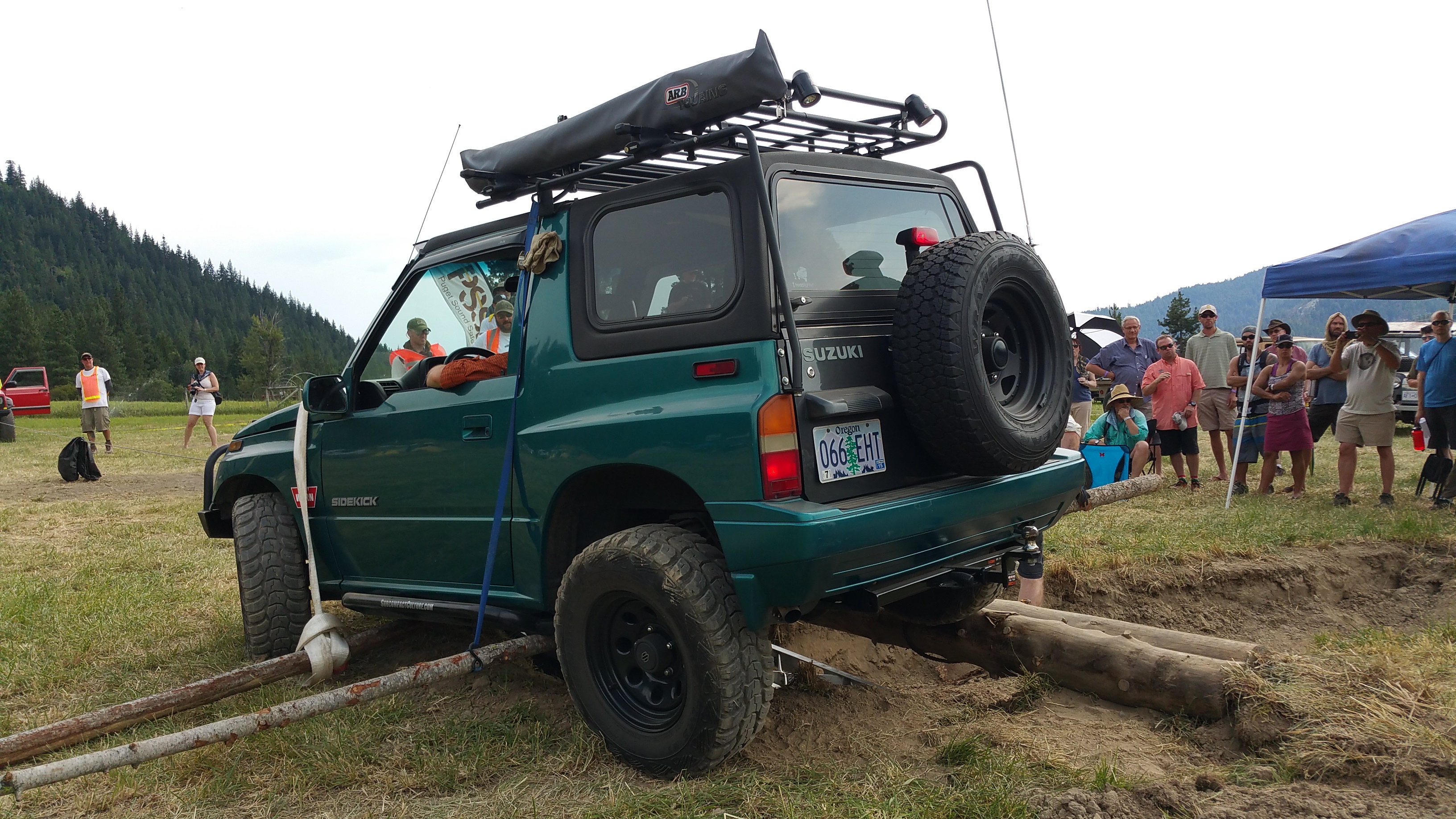 Our off-roader is affectionately known as the “Teal Terror.” It’s a 1995 Suzuki Sidekick and it’s our little adventuremobile. It’s got a two-inch BDS lift with Old Man Emu shocks and struts, a rear locker, winch bumper, WARN VR8000-s winch, LED lights, skid plates, mud terrain tires, rock sliders, roof racks, and more. We added a hard top to it for a little more security and comfort, and we regularly tow a small Dinoot trailer with it.

We’ve taken it as far north as Vancouver Island, and as far south as Overland Expo in Flagstaff. Plus, it’s been over Imogene Pass (13,114ft), been on the trails at Moab, across Utah, Nevada, parts of California, Oregon and Washington. It’s slow and steady, yet surefooted when it leaves the trail. 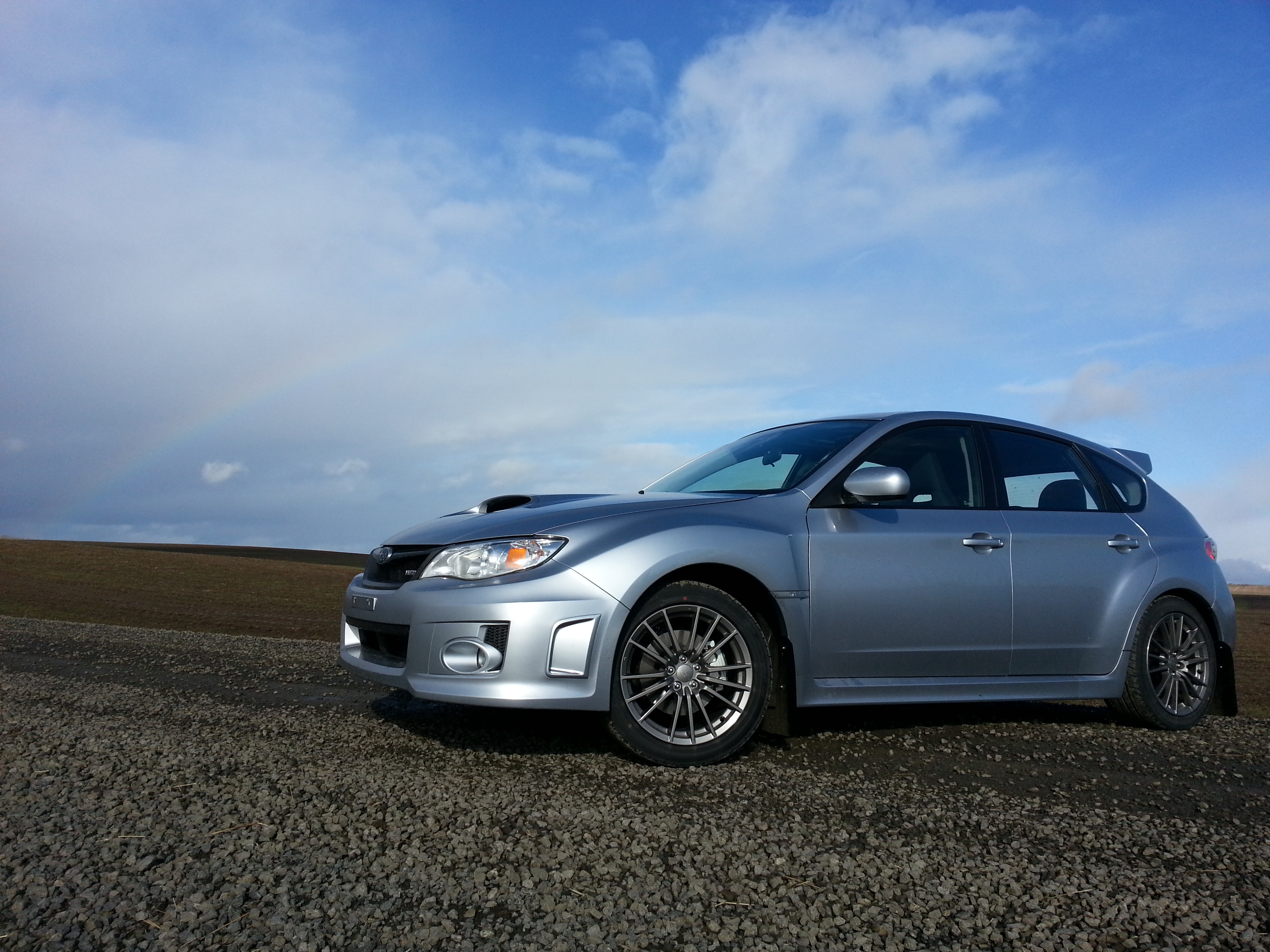 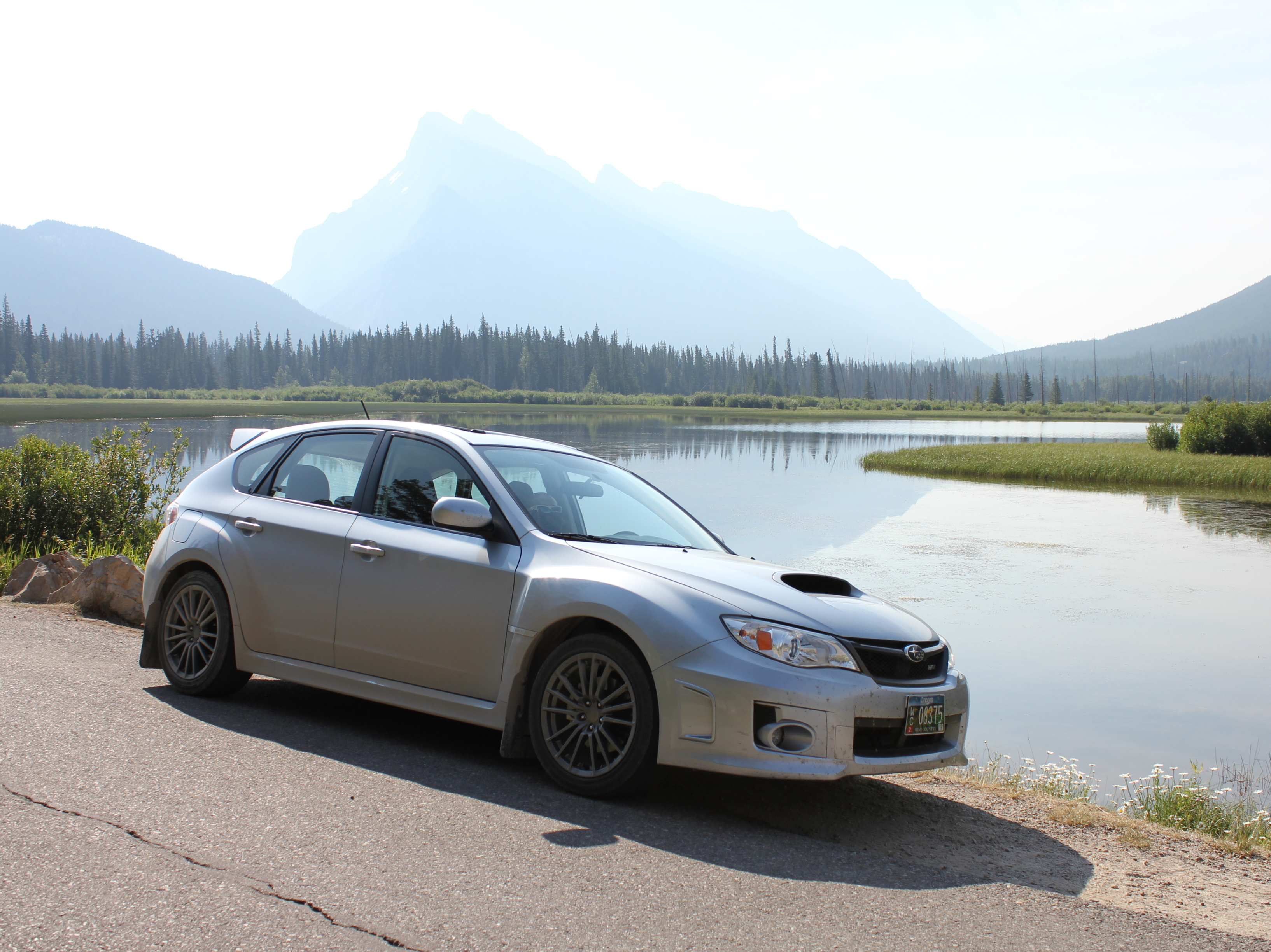 Our hot-rod is a little bigger, but still a compact. It’s a 2013 Subaru Impreza WRX, which a blast to drive and is a great touring car. We’ve taken this vehicle through Glacier National Park, up through parts of Alberta, up to Banff, down through the Okanogan, as well as down through parts of California and the rest of the Pacific Northwest.

In my day job, I work for Warn Industries, and get to drive plenty of big trucks, too. I really love all kinds of vehicles; I’m a gearhead at heart. However, I have a softspot for the smaller vehicles. But of course, small is relative.

People think “small car” and they picture something like a Smart car or maybe a tiny European hatchback. But if you’re traveling in a pickup truck with a camper bed—heck, even a Fuso-based Earth Cruiser—that might be a big bigger, but it’s pretty much a small house! So small is how you look at it.

Subcompact means smaller than compact. Like you said, some people think Smart Car or Fiat 500 (love that Abarth!). It’s easy to think these are all lightweight, econobox commuter machines and nothing else. I suspect the community takes umbrage with that and can happily offer multiple examples proving otherwise. Could you share a couple examples illustrating the current state of subcompact performance?

There are people who buy subcompact cars solely for the economical aspects, yes. However, there are also those who love the fact that some are small, nimble, and sporty.

The most obvious examples of this are the scrappy Fiat 500 Abarth, with its wicked exhaust note and quick reflexes. It’s not the only one, however. The Ford Fiesta ST is a fantastic little pocket rocket, and the Chevrolet Sonic Turbo can be fun to drive, too. Also, don’t forget the Hyundai Veloster Turbo, which has 201 hp and a great chassis. 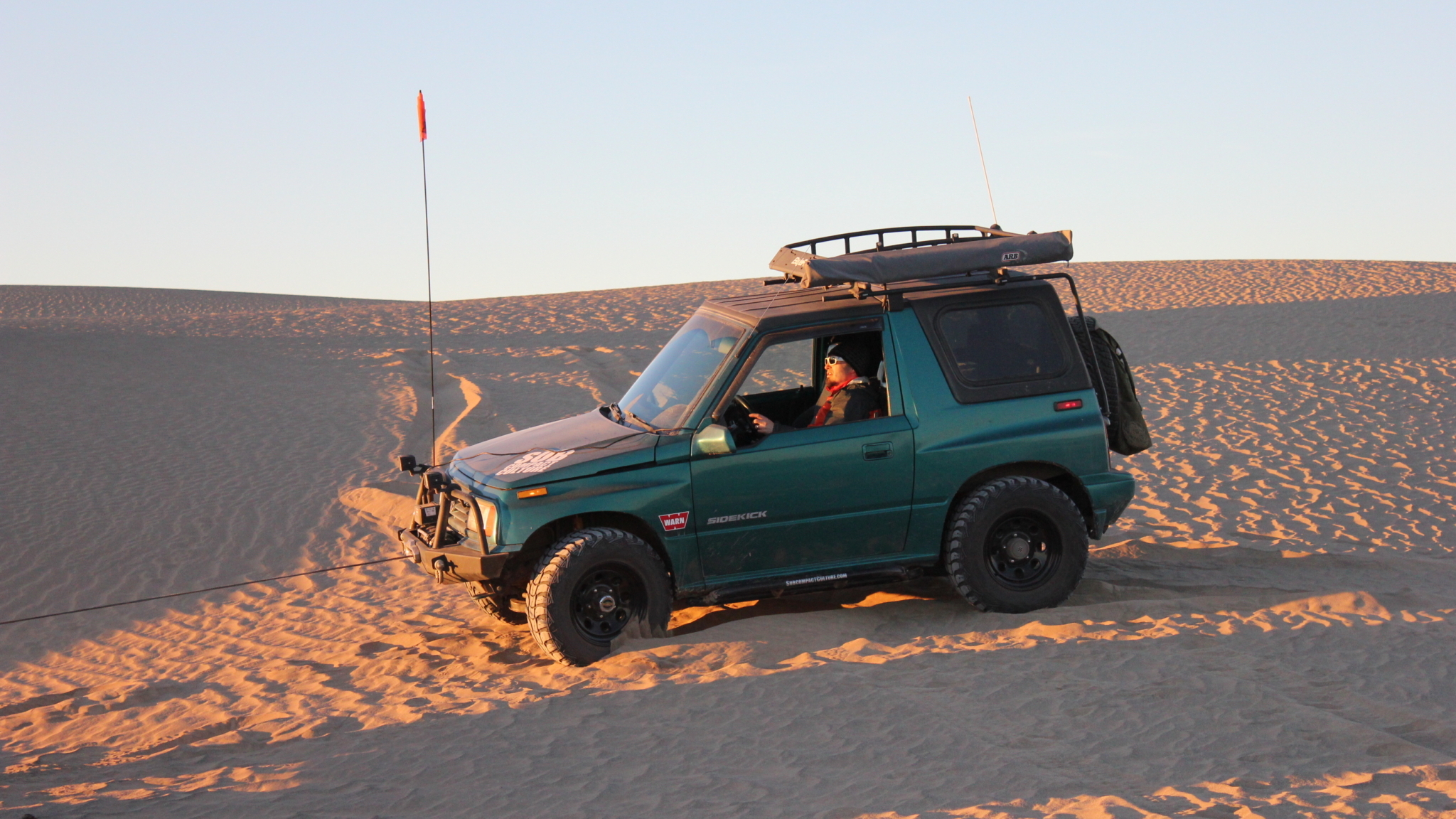 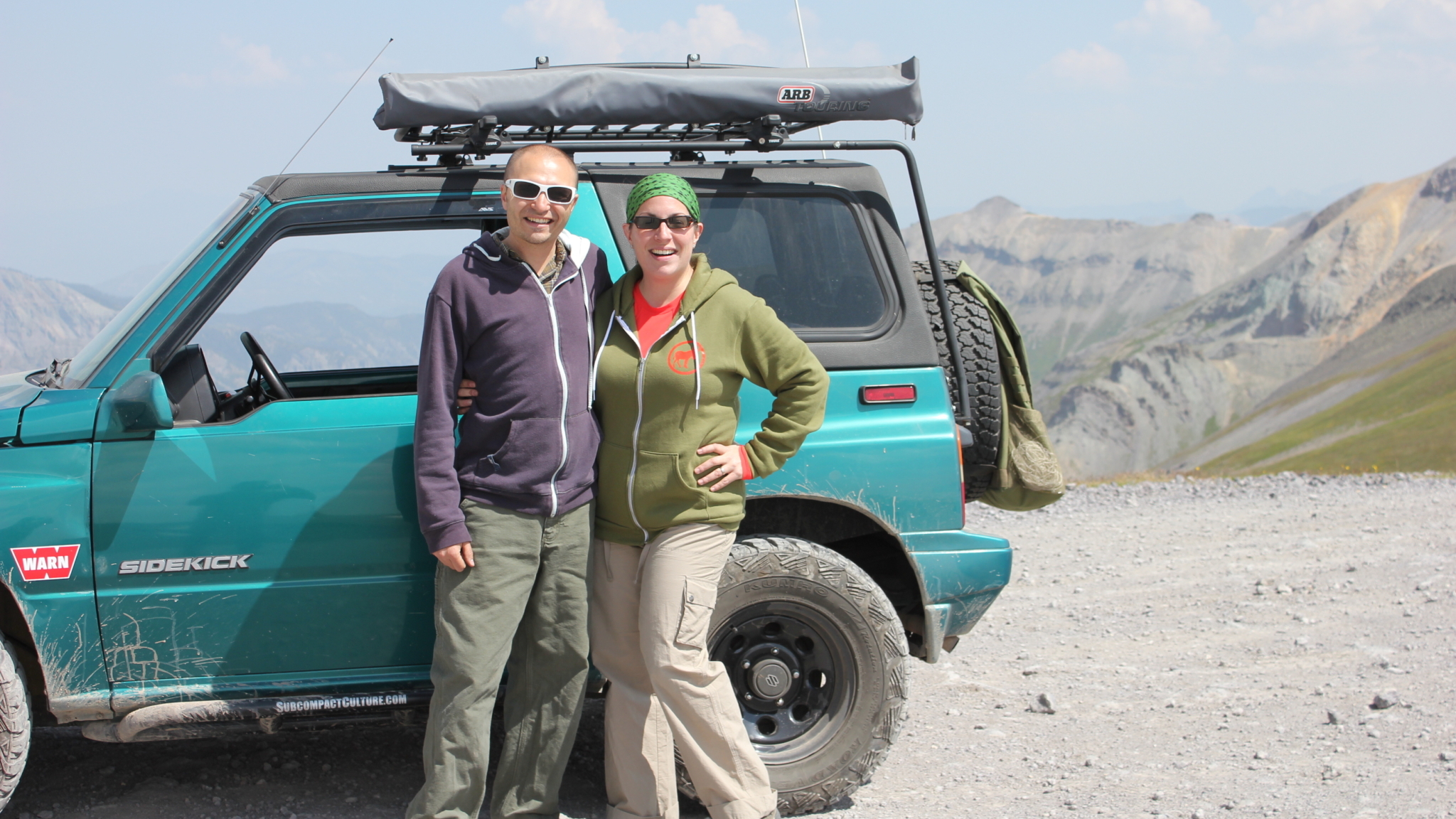 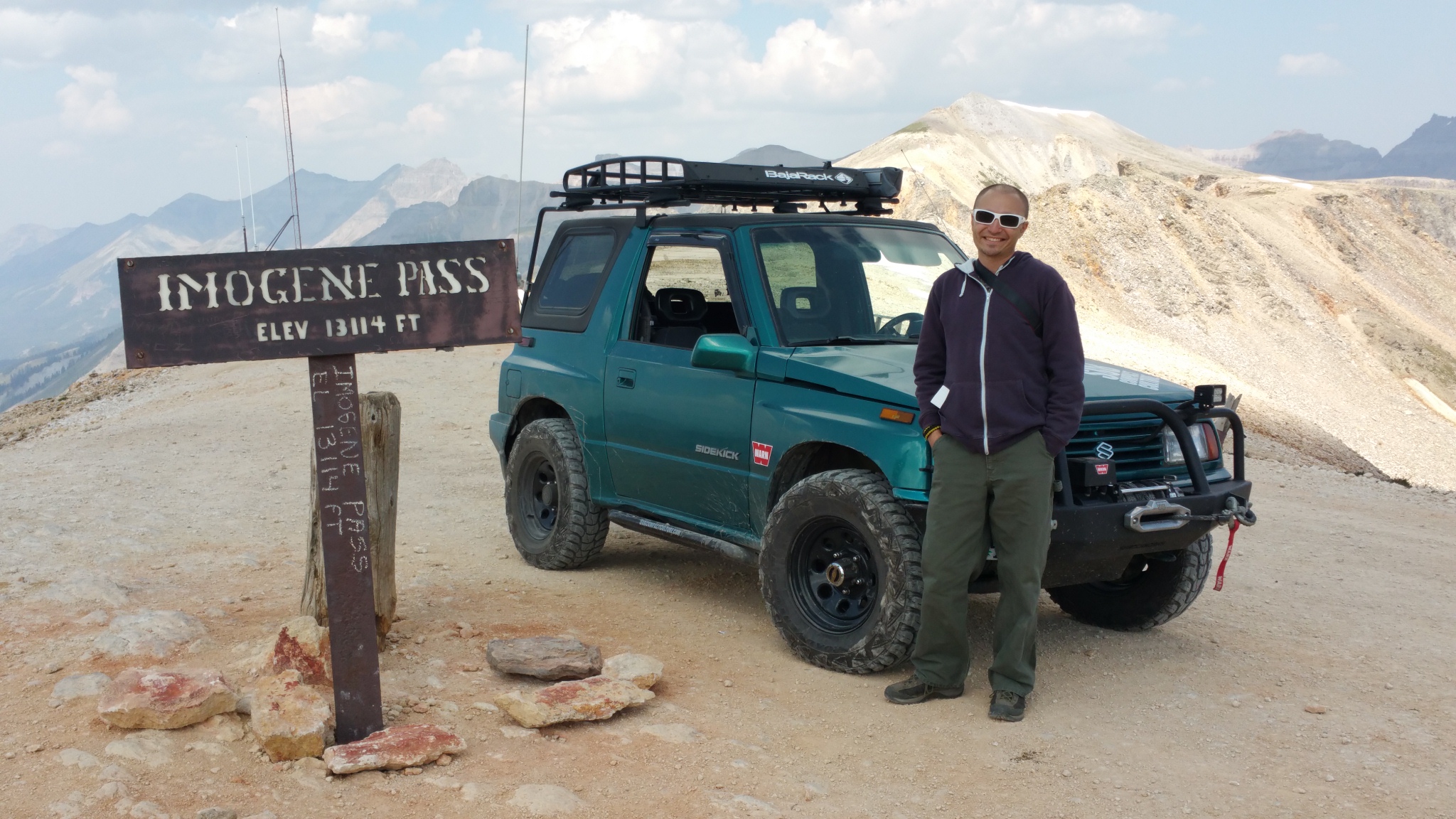 AL: Specifically looking into the adventurist side of Subcompact Culture, how’s the subcompact adventure subset looking these days? What vehicles seem most popular?

On the new car side of things, the Kia Soul and the Nissan Versa sell the most units. From an adventure side, however, vehicles like the Suzuki Sidekick/Vitara and Geo Tracker are gaining in popularity. You’re seeing mainstream magazines feature these as project vehicles. The prices are starting to creep up, too.

Of course, there’s the Suzuki Samurai, too. Most people remember them as being small, but until you get in one, you forget how small these little buggers are! They’re like a street-legal side by side!

Other smaller adventuermobiles would include the compact Isuzu Amigo, as well as the rare Daihatsu Rocky, which was only sold in the U.S. for a few years. Oddly, the first-gen Kia Sportages never really caught on as a mainstream off-road choice, despite having a solid rear axle and a low-range transfer case. One vehicle I would love to turn into a mini overland rig would be a two-door Toyota RAV4. Despite the lack of low range, I’ve always wanted one of these. Toyota reliability, AWD, and a very durable platform! 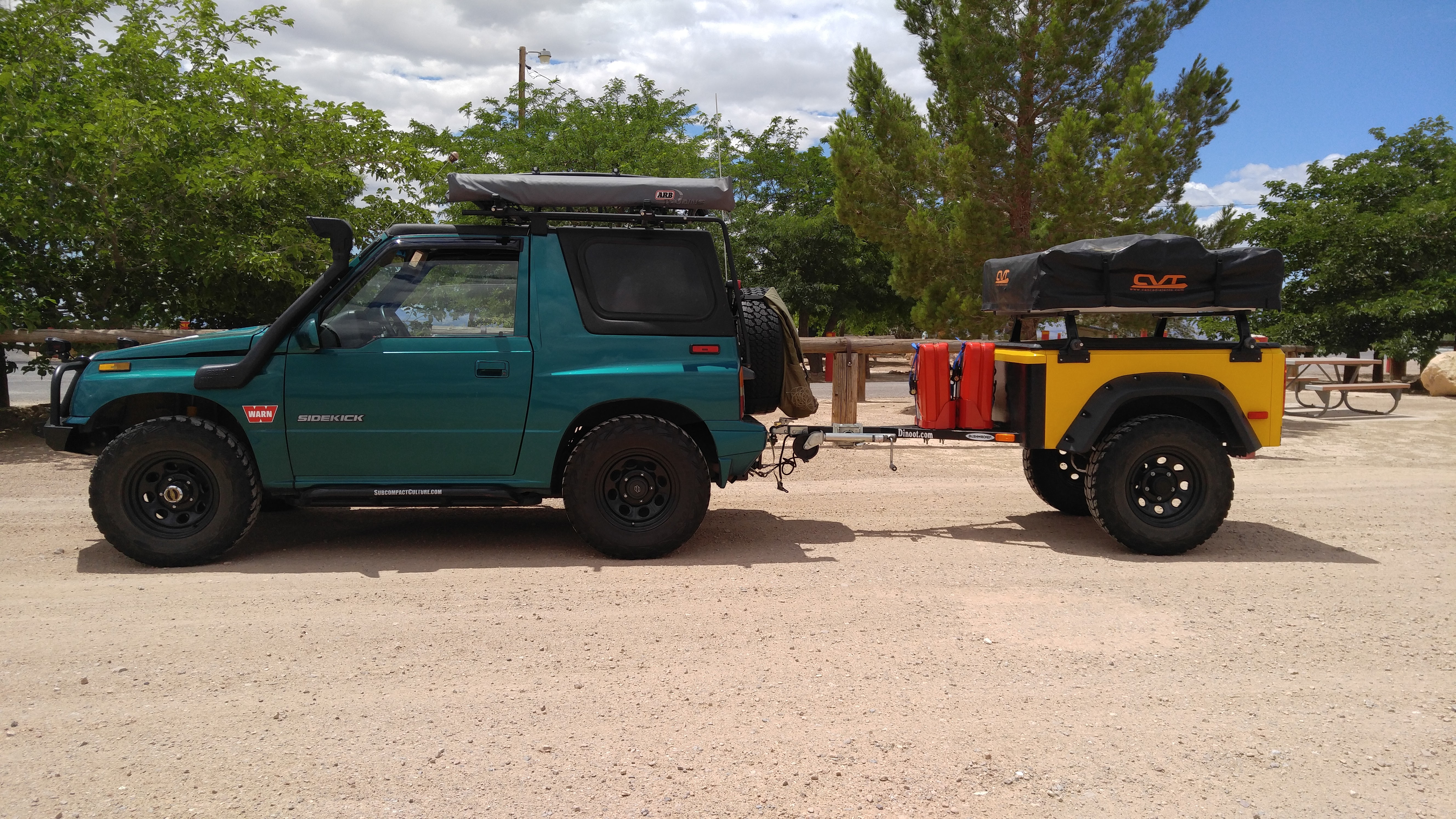 AL: I really liked seeing your setup at Overland Expo West this year. It was one of my favorites, actually. Unfortunately, I didn’t get a chance to stop by and learn more. What kind of response did you get in Flagstaff? Were there any common questions or comments? What were they?

It got a great response, partially because it was so different. People immediately think Toyota, Land Rover, Jeep, Unimog, etc. with regard to overland-style vehicles. And here’s a teal-colored Suzuki pulling a banana yellow trailer with a rooftop tent! What’s this all about? It’s got knobby tires, sliders, a snorkel, and a BajaRack! What’s not to like! It got a good amount of exposure ending up on Autoblog.com, Expedition Portal, Exploring Elements, and other sites. I think people like to see others doing something different.

Most of the questions revolved around the Dinoot J-series trailer, which has fiberglass sides and is very lightweight. Most people know what a Sidekick is, and are simply surprised to see one get the “overland” treatment. Lots of “Oh, I remember these! I had one and loved it.”

Really, it goes to show you don’t need to spend $50,000—even $5,000 to get a vehicle to get out and explore and have an adventure. Yes, we’ve put a lot of blood, sweat, money, tears, and cuss words into the Sidekick, but it’s still way less expensive than many other vehicles, and I assure you our adventures haven’t been limited by it’s price or it’s size. 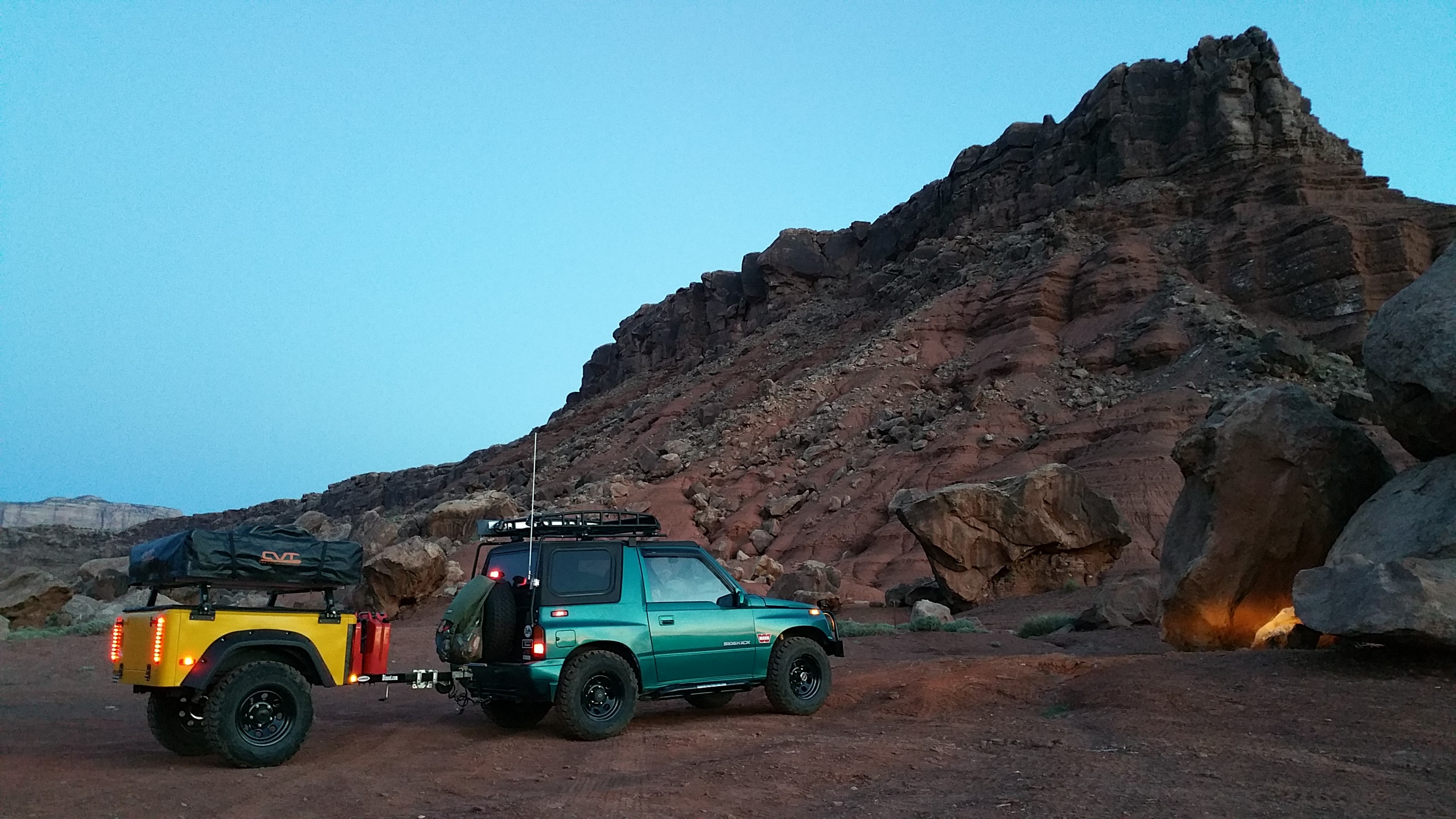 I literally just got CrankshaftCulture.com up, but haven’t done much with it yet. We just started an Instagram (@crankshaftculture), Facebook (fb.com/crankshaftculture), and Twitter (@crankshaftcult) account for it. We’ve started the Instagram for it, but that’s about it. We likely won’t get too terribly much going with it until we get back from New Zealand in October (we leave Sept. 10). We plan on keeping Subcompact Culture going, but will likely devote more time to Crankshaft Culture.

T
team-adventurist
American Adventurist Life empowers our viewers to go confidently in the direction of their dreams. We’re a photography and design rich digital magaz...
An error occured.