You don’t need an expensive radio. You don’t need the latest test-prep book. And you definitely don’t need to know Morse Code. If you don’t have your amateur (aka: ham) radio license, I’d like to share the cheap and easy way I got started. All-in, I’ve invested $100 in equipment, training, testing, and licensing.

It took me almost 10 years to figure this out.

I was first exposed to amateur radio while volunteering at various stage rally races in the desert southwest. Rally racing often takes place out in the countryside; Arizona deserts, Colorado mountains, New England forests. While cell phone coverage has become almost ubiquitous, it’s still not reliable enough for race communications on the outskirts of civilization. That’s why every stage rally in North America (and possibly beyond) uses amateur radio for event communications.

Seeing amateur radio in action showed me how it’s superior to FRS walkie-talkies and CB radios. They have their places. Miles from the nearest highway without cell service (or an expensive sat-phone) isn’t one of them. Simply put, ham radio does everything FRS and CB do, only better. That is to say better equipment, better range, and better efficiency—for the same price. You just need to pass a $15 multiple choice test to legally operate on the amateur frequency bands.

Despite frequent encouragement starting my second year as a rally volunteer, I waited almost 10 years to get my radio and license. I didn’t/don’t have hundreds of dollars for a Yaesu or Kenwood radio. And I didn’t/don’t care enough to sit at the computer taking practice tests over and over or read a book about it.

Simply put, I wanted the radio, but thought it was too expensive and complicated to bother. I needed to find the cheap and easy ham radio plan.

First, get your radio. You may, like me, have a friend offer to give you an old radio. That’s always appreciated, but leaves you with no skin in the game. Drop $30-$40 on the well-known, and widely accepted as perfectly adequate, Baofeng UV-5 radio and you’ve got incentive to study up for the test.

Second, prepare for the test. I’ll tell you right now, I’d fail miserably if I re-took the test right now. Install a free practice test app on your phone (I used this one) and run through questions when you’re bored. In a couple weeks you’ll be ready to ace the entry-level Technician test (which is all you really need).

Finally, schedule your test. Once you’re confident with the test questions, schedule your exam. You bring $15 to the test location, then zip through 35 of those multiple choice questions you’ve memorized. That’s it.

Your name and callsign show up in the directory a week to 10 days later. Boom. You’re legal. Key up the mic and say hello. Someone is always listening, and you’ll probably get some congratulations on your accomplishment!

Once you’ve got your callsign, you’re golden for 10 years. Use your cheap and easy ham plan setup as-is, or if you find you enjoy amateur radio, start investing in additional or better equipment. You’ll find it’s a lot easier to research gear when you don’t have the whole study-test-license thing hanging over your head.

You know you want a ham radio.
Buy your radio right now. It’s $30.
Install that free practice app and start practicing.
You could be on the air next month for less than $50.

Three years in, I’m still on my Baofeng, albeit with a $20 antenna upgrade. I bought a programming cable and downloaded some free software (CHIRP) to simplify programming, and I’ve added an inexpensive mag(netic)-mount antenna on the roof of my truck. I also picked up a CB-style microphone to make things easier while driving. 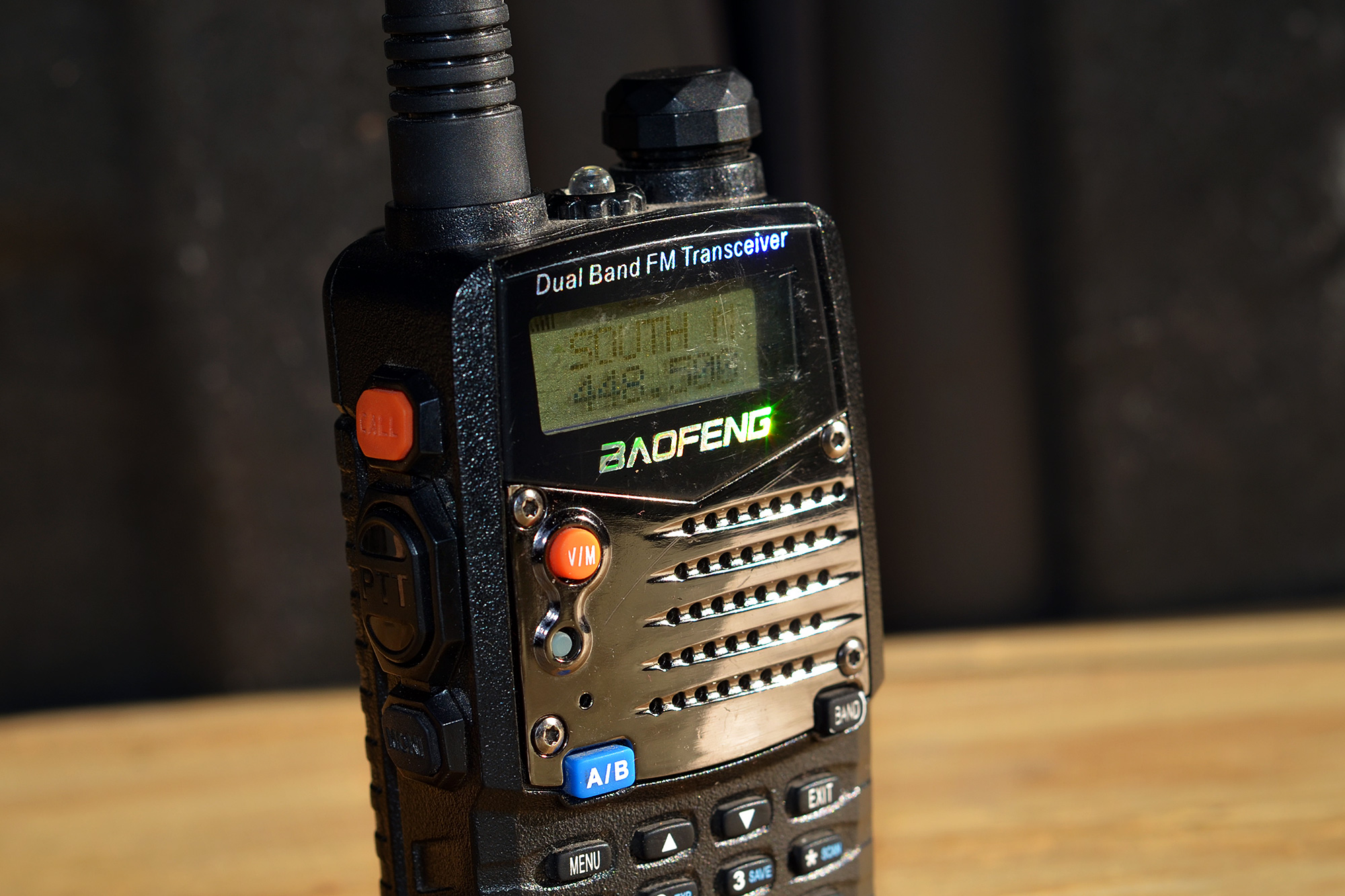 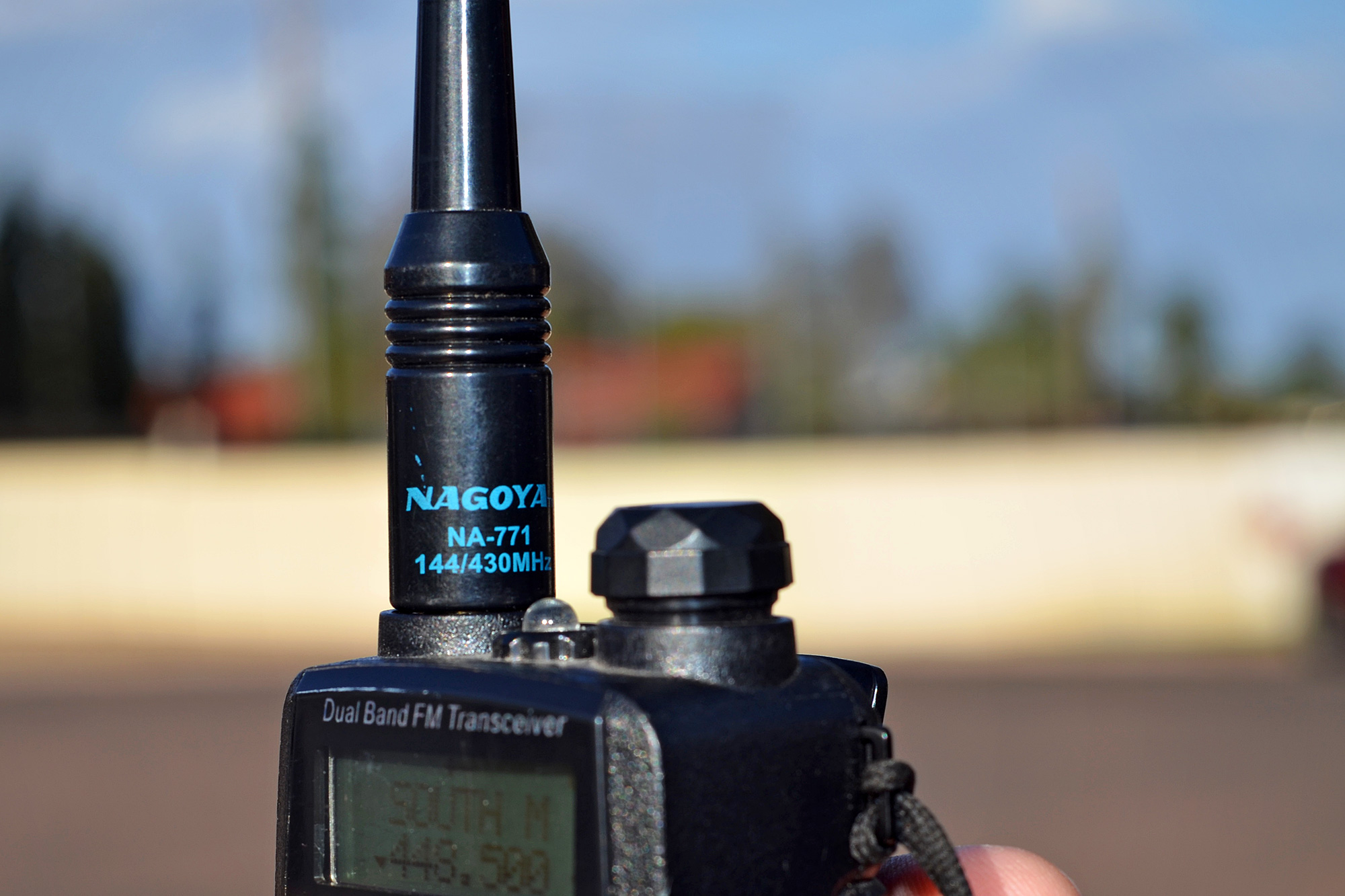 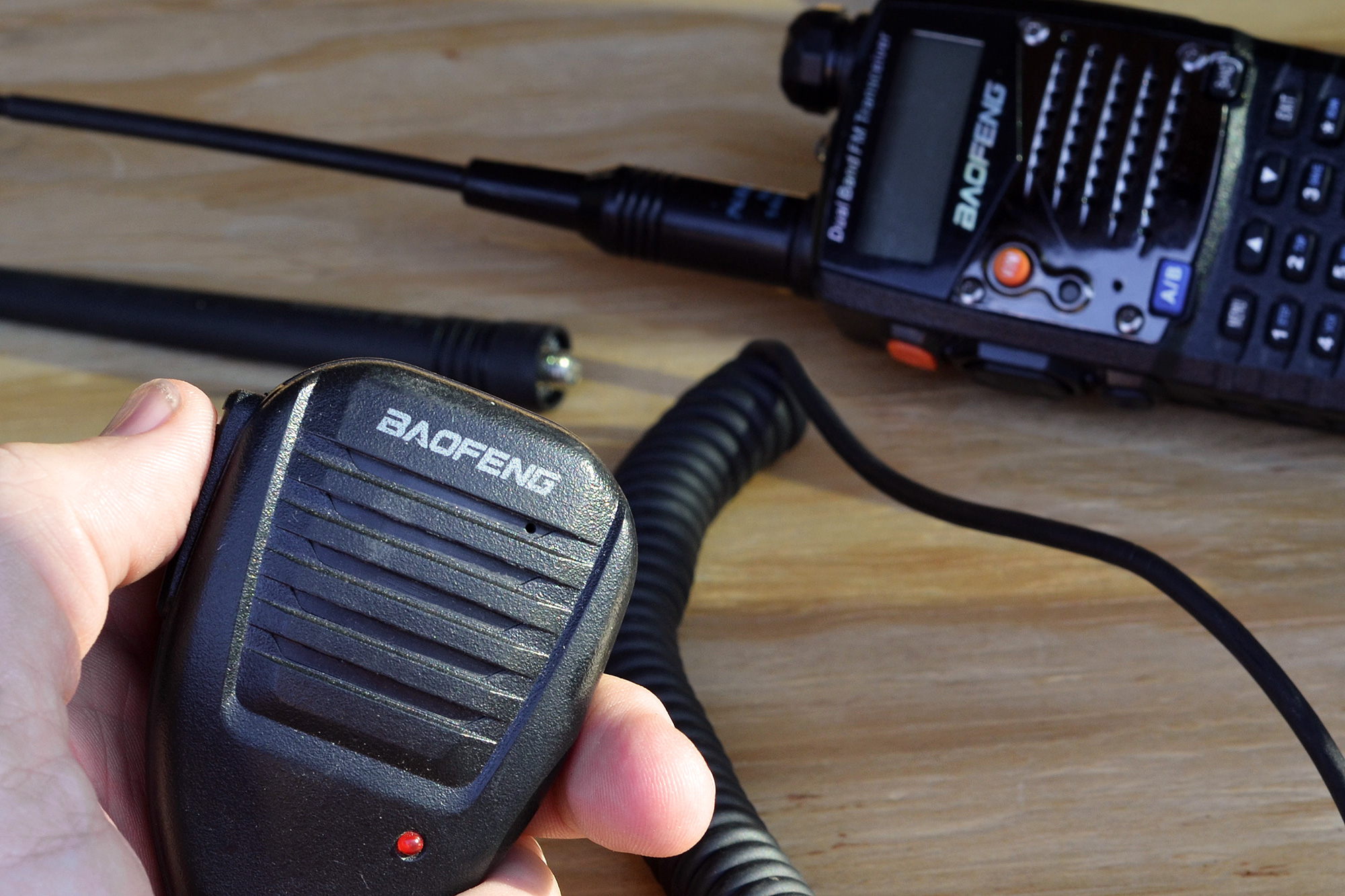 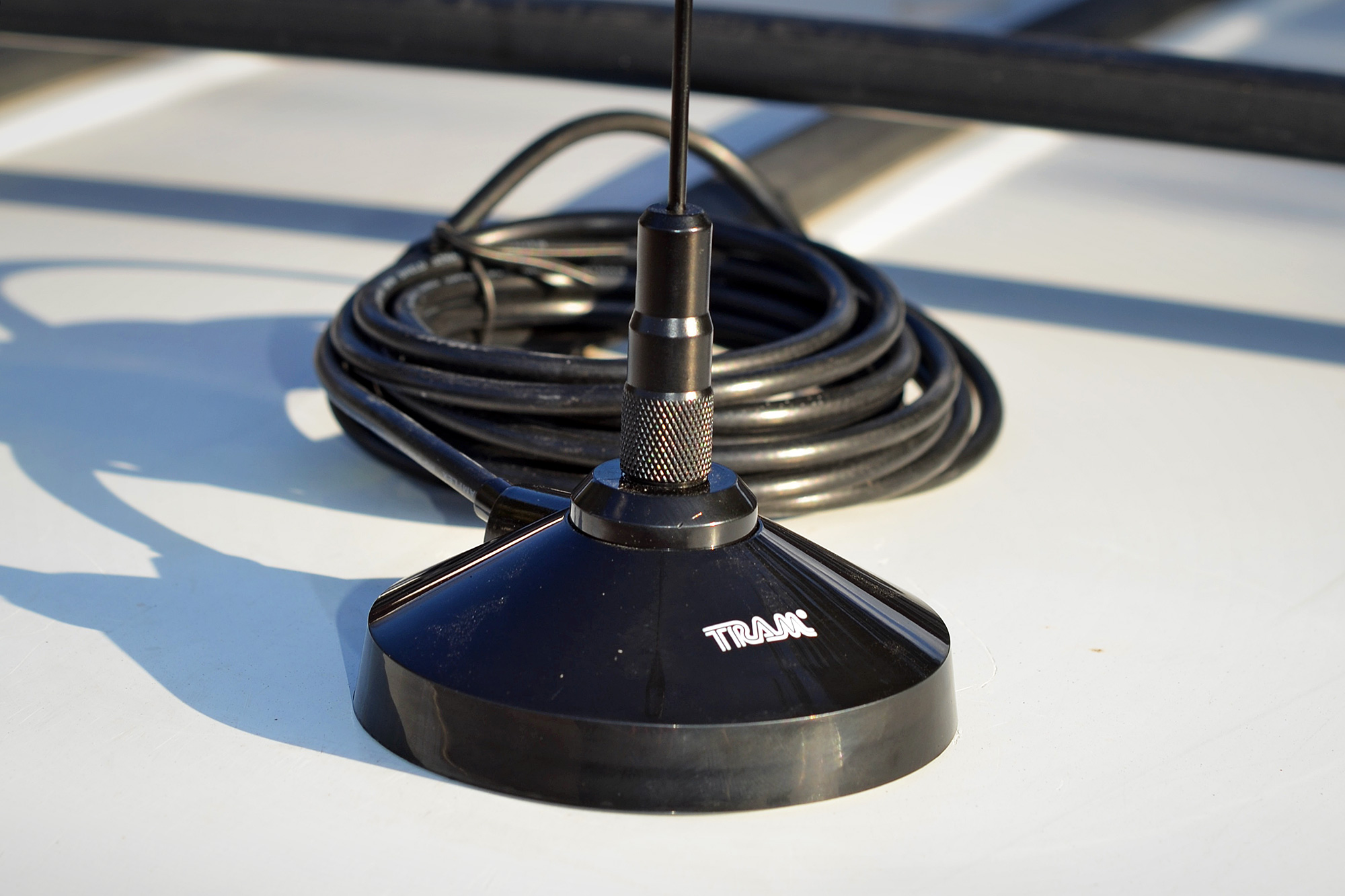 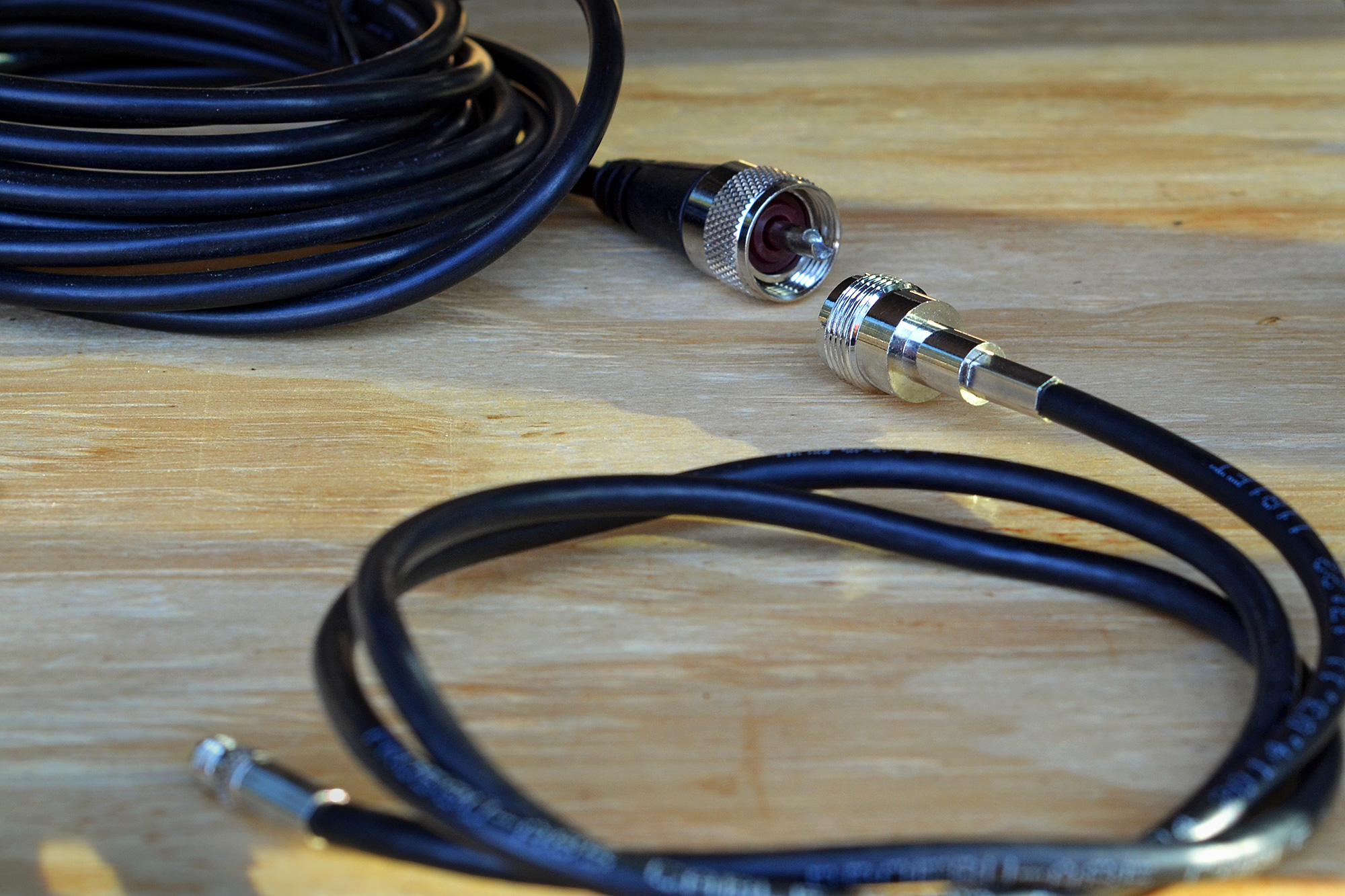 Here’s my full, $100 equipment list with prices pulled from Amazon:

If you use any of the links above to buy your radio or accessories, we make a buck or two and we’d appreciate that.

How often do you use your radio?

I am not the retired guy who spends all day by the radio at home, trying to contact strangers on the far side of the planet, bouncing signals off the moon (that’s a real thing!), or regaling everyone on the local repeater with the same stories over and over (and over) again. My radio gets used quarterly. If that. I don’t rally as much as I used to; maybe twice a year at the Prescott and High Desert Trails rallies. Beyond that, it’s merely served as novel entertainment while camping.

I’ve used my radio for conversations with adventurists in other vehicles on the drive from Phoenix to Big Bear for the American Adventurist SoCal Mountain Rendezvous. I’ve used it to track race cars through the mountain rally stages at the High Desert Trails rally. One time, I even impressed a couple non-ham friends while we were camping with a radio check resulting in multiple replies from 2-3 hours away. No idea who replied, but I know they’d be willing to help if we’d needed it. I wasn’t sure anyone would even hear me on my $40 radio, but I’m glad they did!

I don’t need anything more. Lately, I’ve been thinking about a permanently installed radio for my truck for more power and range, but believe me I’m in no hurry. My Baofeng has yet to let me down. Don’t get swept up in expensive gear or advanced licenses—until you’re sure it’s what you want to do! Right now, just buy the Baofeng and start going through test questions here and there on your phone. You’ll be on the air before you know it.

When you get your license, drop by the American Adventurist HAM Call thread with your new call sign!