“The road was just graded in the last few days,” the ranger informed us. “Why are you smiling Mike?” Louise asked. If an adventurer ever visits the Grand Staircase-Escalante National Monument in southern Utah and hears the words, graded road, one must go! The Grand-Escalante Staircase is the largest monument in the United States at 1.9 million acres; much of it is remote, wild, backcountry. Hundreds of miles of dirt roads crisscross the open desert, plateaus, and mesas of the monument. Flash floods and the arid weather of the southwest hammer many of these roads. When we heard the Hole in the Rock Road was graded, we made our way along this 60-mile dirt two track. 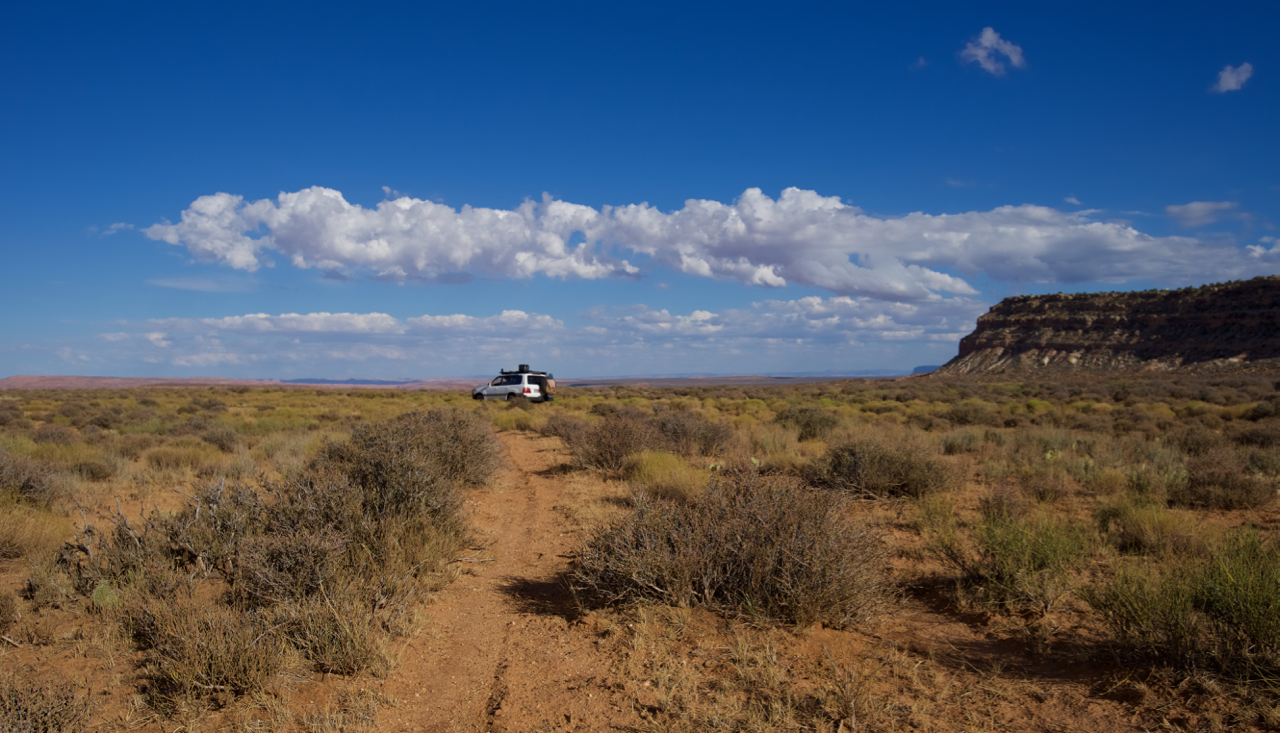 The Hole in the Rock Road was originally a trail created by Mormons asked to settle the southeastern corner of the state in the mid 1800s. The expedition turned into quite the ordeal with weather and the realization that had to blast a “hole” in the slick rock to continue across the Colorado River. On this day, we encountered little traffic and savored the views of the Juniper trees and Fifty Mile Mountain to our south. The desert backcountry unfolded in front of us, and we all smiled as our Land Cruiser chewed up the dirt and miles.

We spotted a faint right hand turn and took it to make our way back toward Fifty Mile Mountain. Our eyes fixated on a rusted four-door car abandoned in the sand. After a short recognizance, we noticed caves in the rock. Our fingers pried open the wooden doors, and we entered soon into a large, smooth-walled chamber, room. The sun’s rays were warm outside, but it was pleasantly cool inside. We were dumbfounded when we noticed a handmade boat. Yeah, a boat in the middle of the desert? 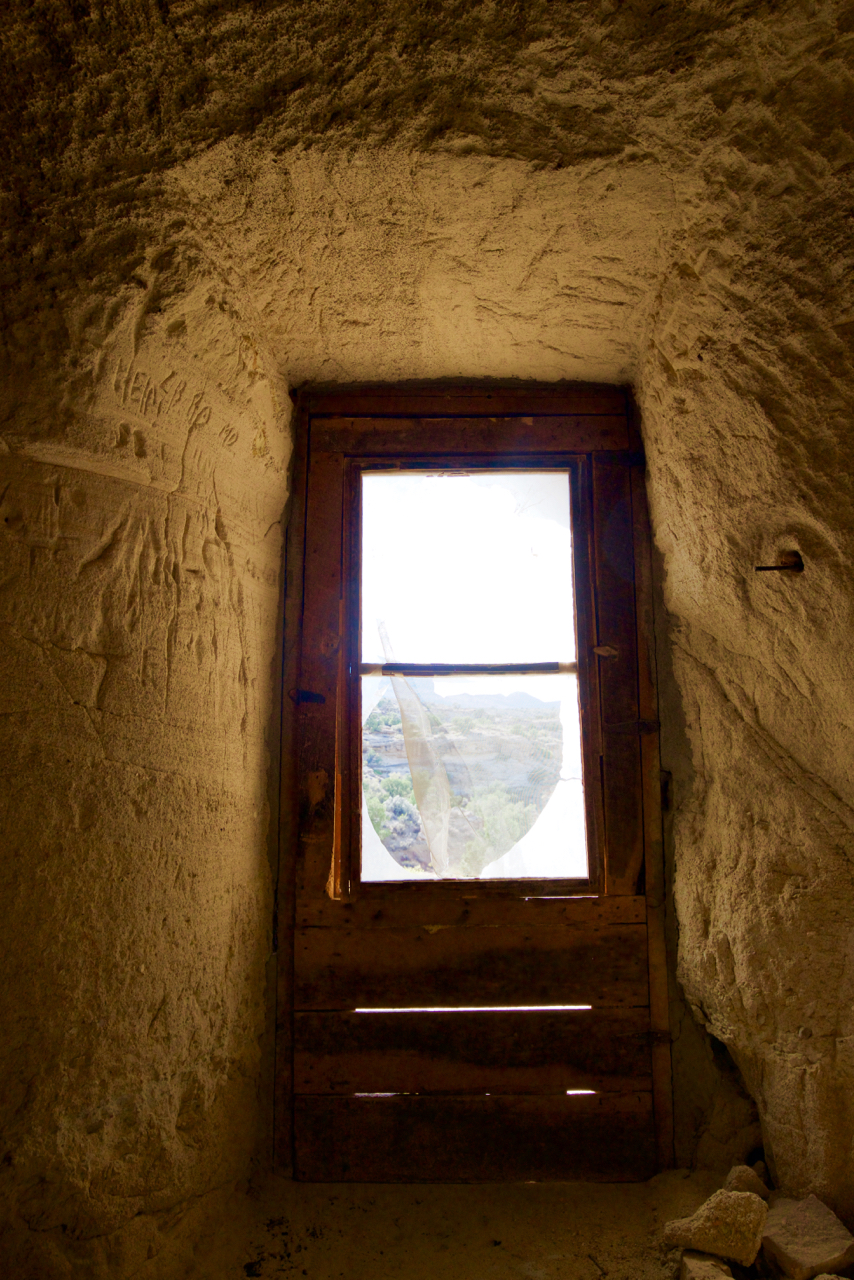 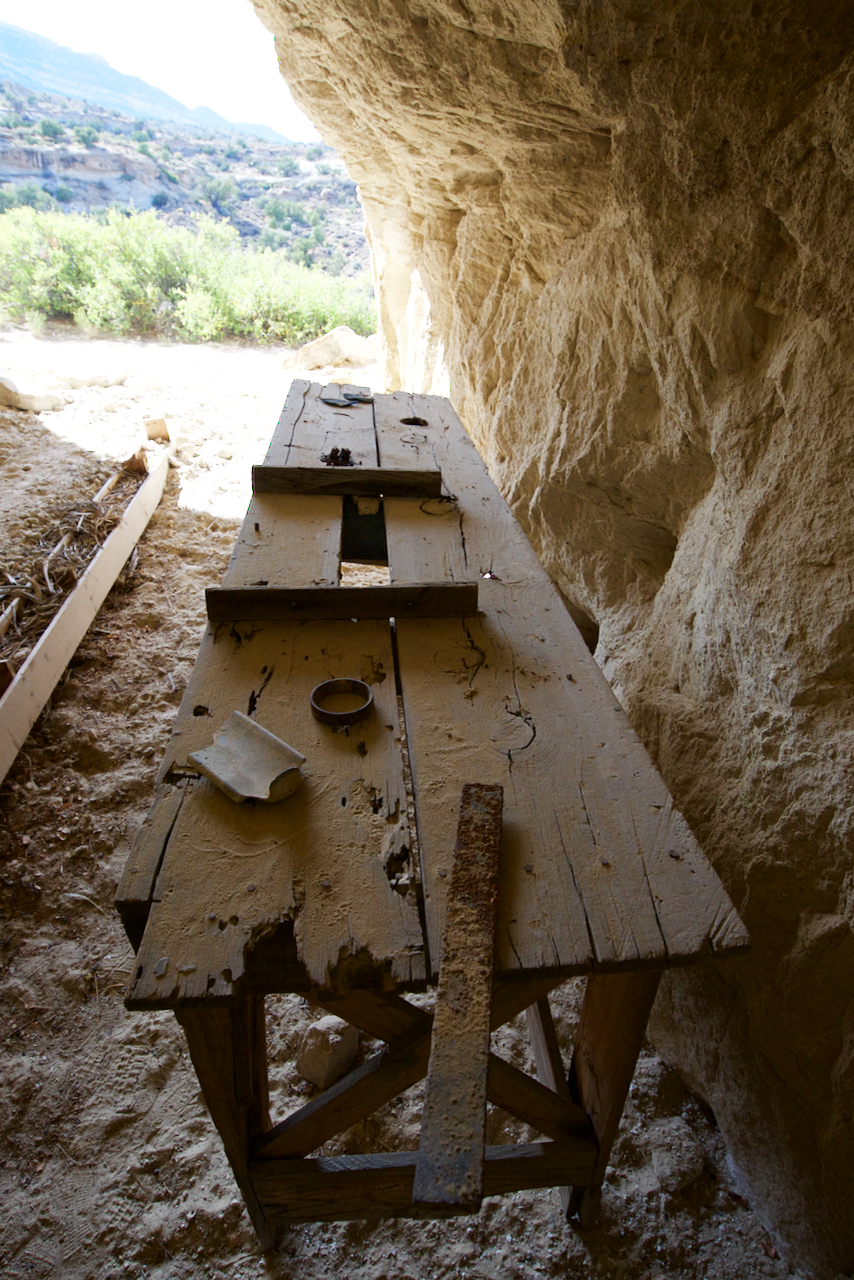 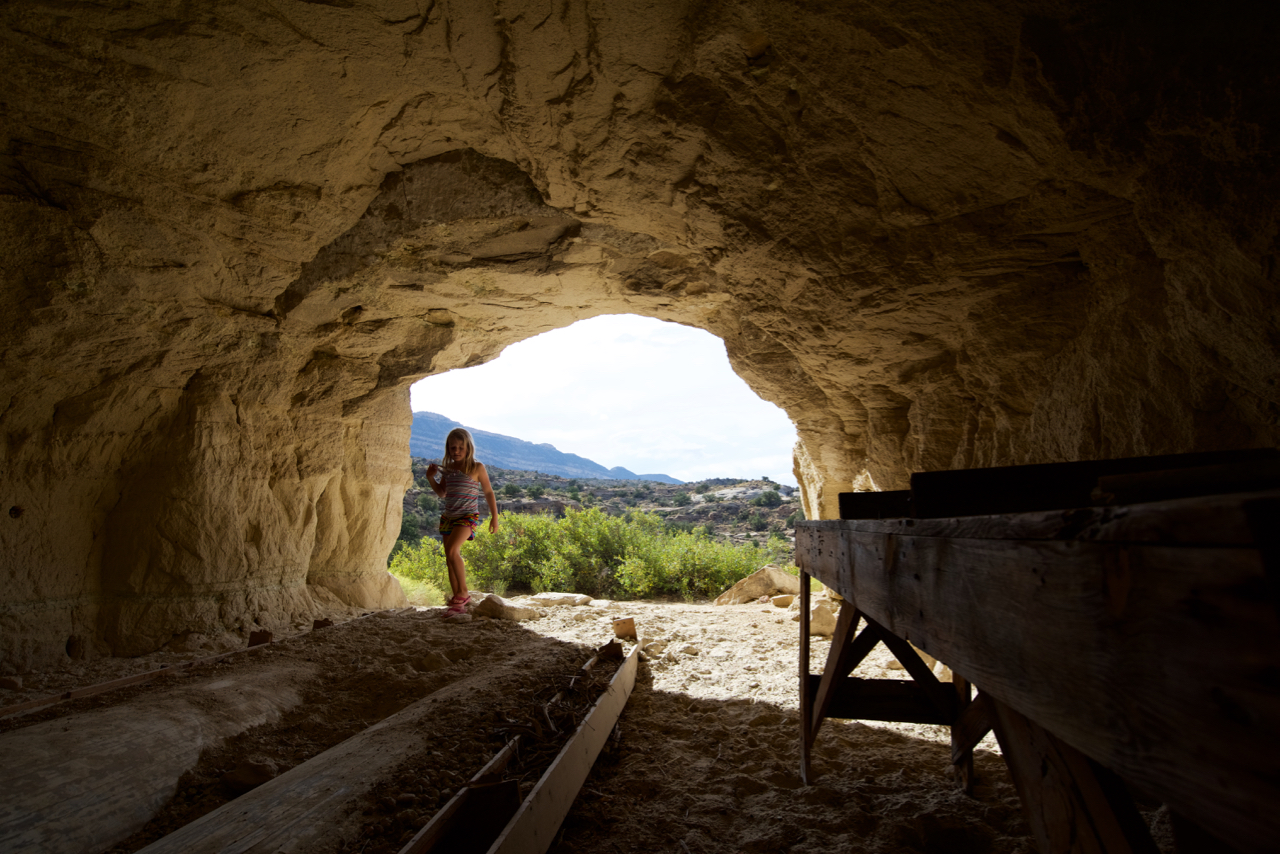 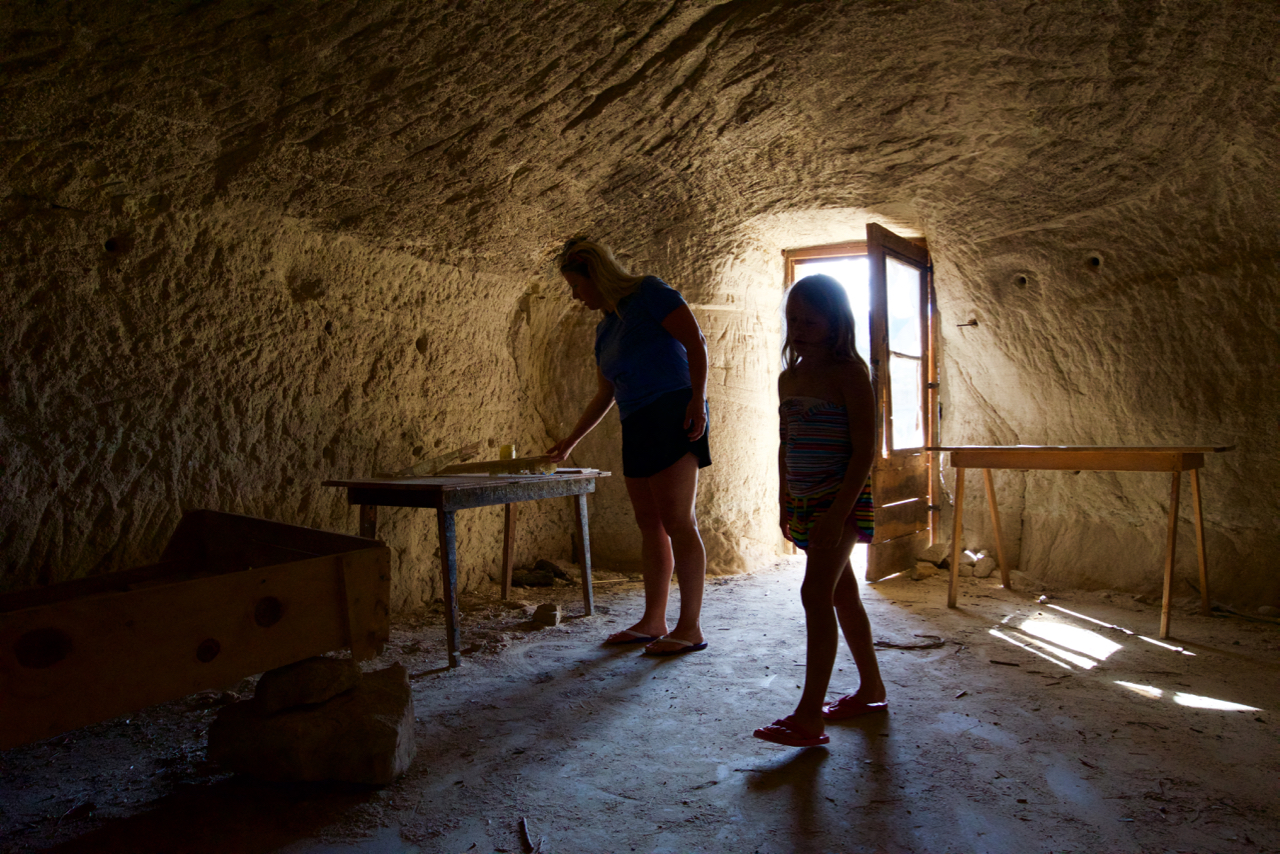 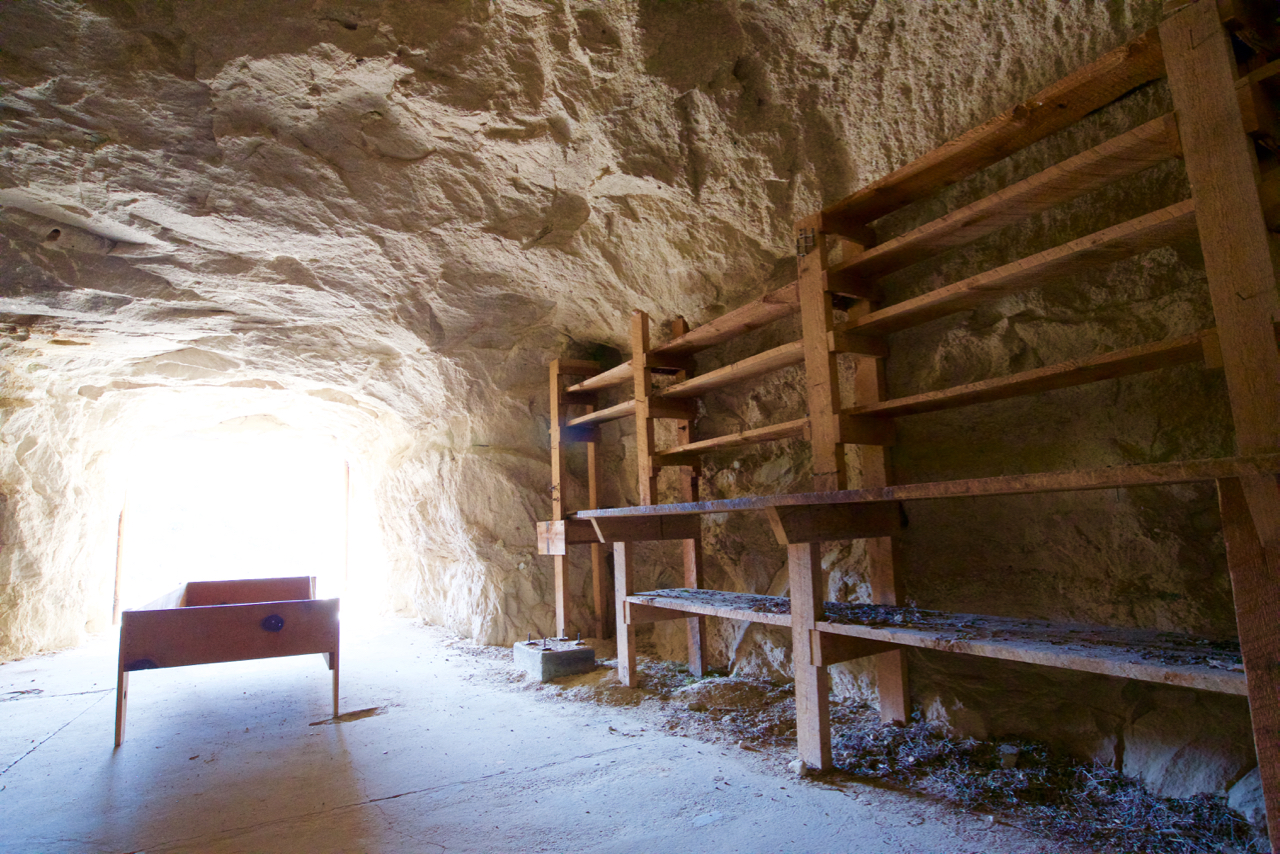 The caves’ rooms were carved and blasted by two brothers, Bill and Cliff Lichtenhahn, in the 1950s and 60s. Because of the uranium boom in Utah these brothers planned on striking it rich. Our feet slowly paced the inside, and we realized that these caves remain in great shape. With a good power wash, one could live in them today. But, on this day, we walked inside and conversed about what life was like so many years ago. The boat? The ranger later informed us that the brothers were building it during their down times at the mine; preparing for a maiden voyage on waters of the Colorado River and the newly formed Lake Powell. What else to do in one of the most remote places in the lower 48?

Our Land Cruiser rolled down the dirt two-track, and we stopped abruptly. The wagon tracks of the original Hole in the Rock Expedition were evident and weaved their way through the sagebrush toward Lake Powell and the once mighty Colorado River. We turned our vehicle and headed toward the setting sun and the town of Escalante.

Treasures of the desert are out there. One need not fear to turn down a sandy two-track, wander, and explore. Might be surprised with what one discovers.

M
michael-holland
Michael Holland is an outdoor enthusiast, father, educator, and writer based in Park City, Utah. He caught the exploration and adventure bug after re...
An error occured.