Senior Staff
Founding Member
#1
I know that "Snow Peak" can be a four letter word (x2) for a lot of people. Even for those that are not in an addictive relationship with their gear... Notice I said gear?! Not their hipster-centric clothing and soap, but actual GEAR; which most know all too well is becoming more and more unobtanium as the world turns. With that said; I would like to start a thread here to showcase members collections, rants and raves (leaning more towards the ranting side) about their crappy marketing practices, provide reviews and offer up an anonymous circle of trust and support network for those suffering from Snow Peak Addiction.

I know that there is a LONG running thread running on another forum, (which I actively participate in) it's pretty much the only thing I go there for, besides the classifieds; but I feel like its time to reach out to my fellow American Adventurists, HERE, to offer up support so that we no longer have to exist in the shadows...in shame... as "Snow Peak Addicts" I feel that with this new thread many of us can evolve into the RECOVERING phase of OUR Snow Peak addictions.

Even though no new products have been added to the IGT line in quite some time; it is becoming more and more difficult to procure. The used and black markets have become the go-to places to acquire IGT gear making it more and more challenging to slake ones cravings for their IGT fix. So, without further ado...

Hi. My name is Ryan and I am a Snow Peak addict. While I don't love ALL things Snow Peak; I DO have a particular fetish with their IGT line of gear... It is very finely crafted with exquisite attention to detail and from the finest materials; from bamboo, canvas and cotton to Stainless Steel, aluminum and titanium... some from even the rarest of elements...UNOBTAINUM!

My addiction began many years ago when I first met a man named Dave B. Some of you may know this nefarious character... At the time I only owned a Snow Peak spork; completely oblivious to their other offerings... Dave B. was the equivalent of a street level dealer... out there in the desert showing off his set-up by offering complimentary succulent victuals and the finest libations. Culinary delights sprang forth from his Snow Peak IGT stove and BBQ box. We sat at a Snow Peak table; resting on Snow Peak chairs. The cuisine was served on Snow Peak plates and consumed with Snow Peak flatware.. the drinks flowed from Snow Peak beverage vessels .... all under a Snow Peak outdoor shade structure (secured in place with Snow Peak stakes, pounded in with a Snow Peak hammer, which were stored in nifty little Snow Peak bags).... you get the idea.

From that day on I was hooked and didn't even know it yet. As I researched other Snow Peak items I scoffed at the prices and the silliness of some of it.... (still do to this very day) But I AM a firm believer in you get what you pay for..... Fast forward to today and that lone spork has grown into a collection that contains more IGT gear than the Snow Peak store (itself) has in stock at any given moment... which isn't really saying much, but it's quite literally a LOT of stuff!! (I'll get to that later)

For now, please share with us your Snow Peak gear collections, stories, reviews, rants and raves. (don't be afraid to sell it off to fellow addicts, either)

Photos are highly encouraged as well. 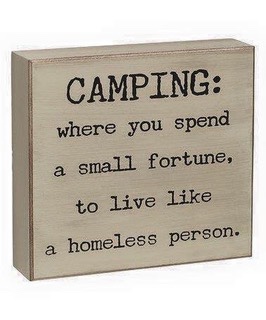 Sent from my iPhone using Tapatalk

#3
FYI, I do own 4 or 5 pieces of Snow Peak utensils that I won in the drawing at Mountain Rendezvous. Dave said it was priceless?

Sent from my iPhone using Tapatalk

Senior Staff
Founding Member
#4
woodienut said:
FYI, I do own 4 or 5 pieces of Snow Peak utensils that I won in the drawing at Mountain Rendezvous. Dave said it was priceless?

Sent from my iPhone using Tapatalk
Click to expand...
Probably is!

Senior Staff
Moderator
#5
Ive yet to see anything Snow Peak makes that cant be done just as well for cheaper. I know blasphemy but its true.

It all started in Hollister, California years ago when I ran into this pusher in camp named Joey. There was piles of the stuff on tables, Snow Peak tables, in Snow Peak tents with Snow Peak lights. He started the conversation by offering me beverages and snacks served on titanium. Snow Peak titanium from Japan.

Cooking it on the coolest stove and table setup in the world - the Iron Grill Table set. I'd never seen anything like it.

See, Joey wasn't just any street pusher, he was THE guy in North America representing Snow Peak back in Nippon. I'd met "the source" and was several levels above the street from day one.

That would be my undoing.

Because Joey made me a deal I could not refuse that night. Truth is, I have a problem. I collect camp stoves. And lights. And tents. And...

... stuff. So he had me at hello when I saw it. A Snow Peak Baja Burner. See, I like single burner stoves. And this one was SHINY. Made from aluminum and stainless steel with brass in just the right places. Sexy. Long legs and all.

In the words of Sir Mixalot, I was sprung on the cat.

So I forked over my $150 and brought home my first piece of Snow Peak gear. And it became my precious. Still have it to this day, although my daughter likes to think it's hers. But... We needs it. It's OURS...

I've bought a LOT of it. Some I liked some I could live without. The double wall titanium camp cup goes everywhere with me. This is a single wall below. Because the double wall is unobtainium. Unless you get lucky and score one.

I can live without the hipster clothes though. But the good stuff... man, it's hard to get enough. Especially when it's unobtainium. When it's the best.

Along the way I've had what some would say a pretty good hoard of Snow Peak but I've thinned it out a lot over the last 3 years. Now it's all plates and silverware and lights and table and chairs. The IGT is long gone. But we still has the Precious.

It started right here on version 2.0 of the Tacoma... added a Snow Peak cutting board and cups and it all went downhill from here.

And just when you think the monkey is off your back, you know, because you've kicked for awhile, along comes that one friend. You know, the one that offers you drinks when you're on the wagon and stuff. That guy.

Well in this story of Snow Peak addiction that guy is Mark aka @Trump because he is in Japan right now and occasionally regales me with tales of the different Snow Peak stores there (think Japanese REI on steroids) and once in awhile sends a shiny bauble my way. My collection of rare unobtainium stainless steel Snow Peak cups has exploded, rekindling my desire for yet more rare Snow Peak items.

CAUTION: The following photos may give Snow Peak addicts a terrible jones.

Know that you will never have these.

Unless you or a friend travel to Japan and visit these stores in different cities...

... unless you or a good amigo make the Pilgrimage.

Stackable. Nesting. Stainless. I have 6 but will only show you 3 so as to not send @Yuman Desert Rat into siezures by wantonly displaying all SIX here in one photo.

You know what they say, once an addict, always an addict.

Founder
Senior Staff
Editor
#7
sfsmedic said:
Ive yet to see anything Snow Peak makes that cant be done just as well for cheaper. I know blasphemy but its true.
Click to expand...
Lies!!!

#9
I bought two unobtainium cups, one which fits inside the other along with Two quality MSR pots that did the same all for $20. Now I stay up night and day searching for snow peak on all the internet craigslists and garage sales and second hand sporting goods stores and thrift stores and crack, I mean Snow Peak Houses...If you guys with the huge hoarded addictions of Snow Peak wanna free yourselves of all that material Guilt, I can help haul it all away for you....

Senior Staff
Founding Member
#10
Hi Dave. Thank you for sharing with us. I know how hard it can be. Especially to relive the past once you've (partially) linked the habit by culling the collection.
I think I'm long overdue to call in a favor to Mr. Trump...

#11
Just remember, that when it's time for you to go, you cannot take it with you, but you can donate it to the church of the Mystical Huphalump, where the high priests can and will bring it to you in Jambalawhaha where your spirit will reside in a urn of pure UNOBTAINIUM!

Senior Staff
Founding Member
#13
sfsmedic said:
Ive yet to see anything Snow Peak makes that cant be done just as well for cheaper. I know blasphemy but its true.
Click to expand...

Some things yes... like soap maybe.... any of the IGT GEAR? Me thinks not.
I used to say the same thing..... there are similar things that are cheap indeed.... CHEAP.

Senior Staff
Founding Member
#14
@Dave @Dave @Dave, this is all hard to believe since you said you had the double wall 600 cup (which I've seen you drink from) yet you posted a picture of a single wall. As penance, you should give me two of the stacking stainless pint cups. They don't even have to match.

Senior Staff
Founding Member
#16
This phenomena has been carefully studied by elite overlanding social scientists and is a very real problem.

Senior Staff
Founding Member
#17
I'm surprised that cocaine is as high (no pun intended) as it is. I figured that hallucinogenics wouldn't be higher.... especially with the infiltration of burning men.

Click to expand...
Well damn, I thought we were all drunks, who the hell have I been hanging out with at these events?

Senior Staff
Founding Member
#20
BushHead said:
Well damn, I thought we were all drunks, who the hell have I been hanging out with at these events?
Click to expand...
That was clearly a west coast study....
They think moonshine is the name of a girl with hairy armpits who sells shrooms on Tuesdays at Pacific Beach...
You must log in or register to reply here.
Share: Facebook Twitter Google+ Reddit Pinterest Tumblr WhatsApp Email Link