You need special shoes for hiking—and a bit of a special soul as well.

A north-south trending fault zone is responsible for the series of ridges and canyons at the southern end of the Anza-Borrego desert. Carrizo Gorge, the most dramatic of these, divides the Jacumba Mountains to the east from the In-Ko-Pah Mountains to the west. These mini-mountain ranges are links in the Peninsular Ranges from the Laguna Mountains in the northwest to the Sierra Juarez of Baja California. Carrizo Gorge is best known for the railroad that threads along its eastern wall: the San Diego & Arizona Eastern. Built in 1907-1919, the railroad carried freight—and for a time passengers—between San Diego and Imperial Valley. At its heart it is a remote and rugged wilderness area.

A trek down the length of Carrizo Gorge is long, rugged, and memorable. It is one to be taken cautiously, with the right equipment and clothing. Essential are long pants to protect you from the sharp thorns of mesquite, catclaw, and the needle-like tips from a particularly wicked type of bunch grass. Thick growths of tamarisk, cactus gardens, and slippery rocks will all conspire to hinder your progress. Feral cattle used to keep paths through the vegetation clear, but they were airlifted out of the canyon in the late 1980’s.

The California Conservation Corps has been involved in a project to eradicate the invasive tamarisk from the Carrizo Creek watershed. Past forays into the gorge from the north end have been relatively easy due to the removal efforts. However, I was curious to see how passable the southern section was. After dropping off a vehicle at the north end of the gorge, we made our way into Carrizo Gorge from the southern end near the small high desert community of Jacumba. We only made it in about 2 miles before all forward progress was halted due to the tamarisk, but a detour along the railroad tracks got us to our camp beside the Goat Canyon Trestle before nightfall. 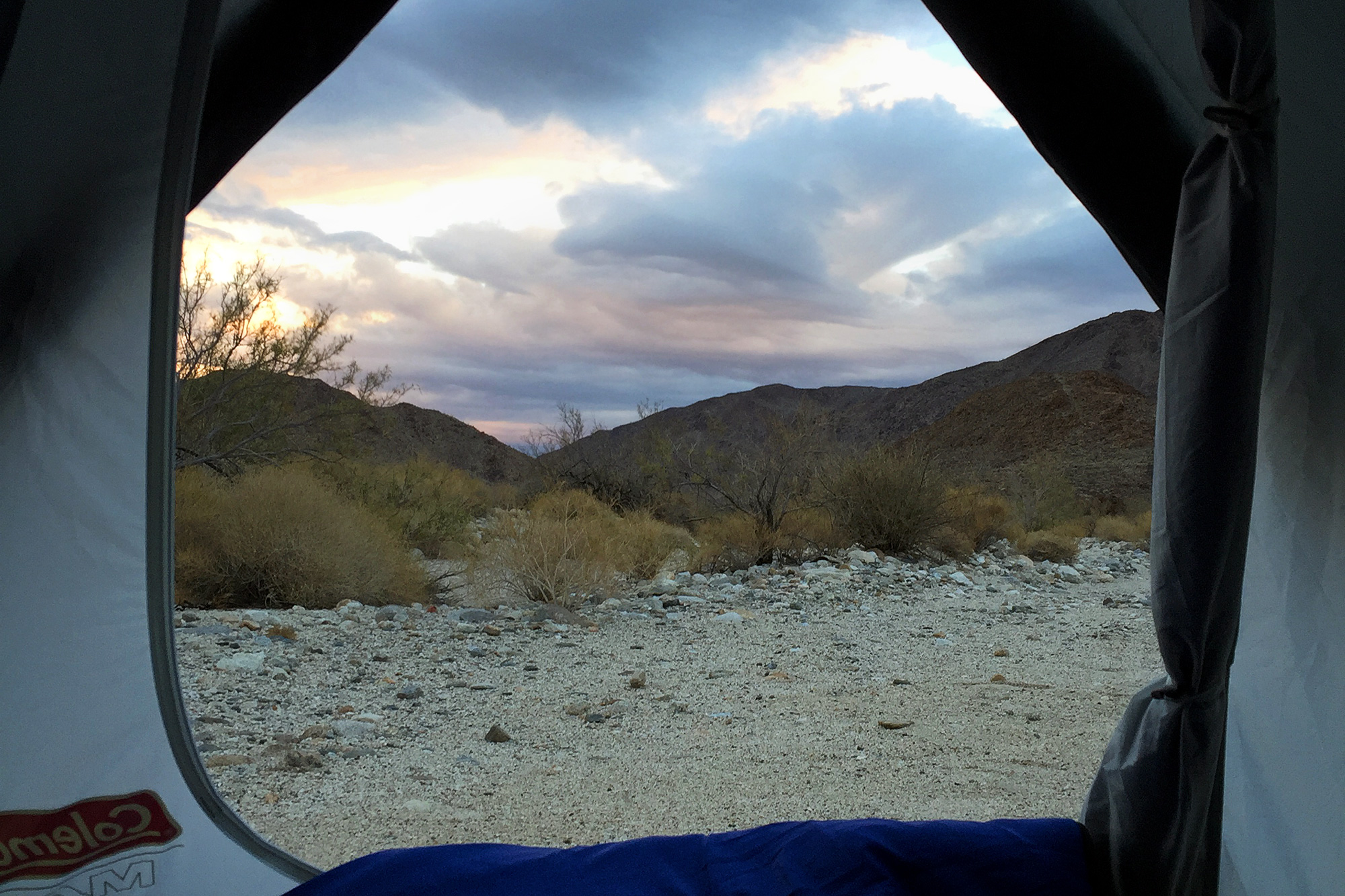 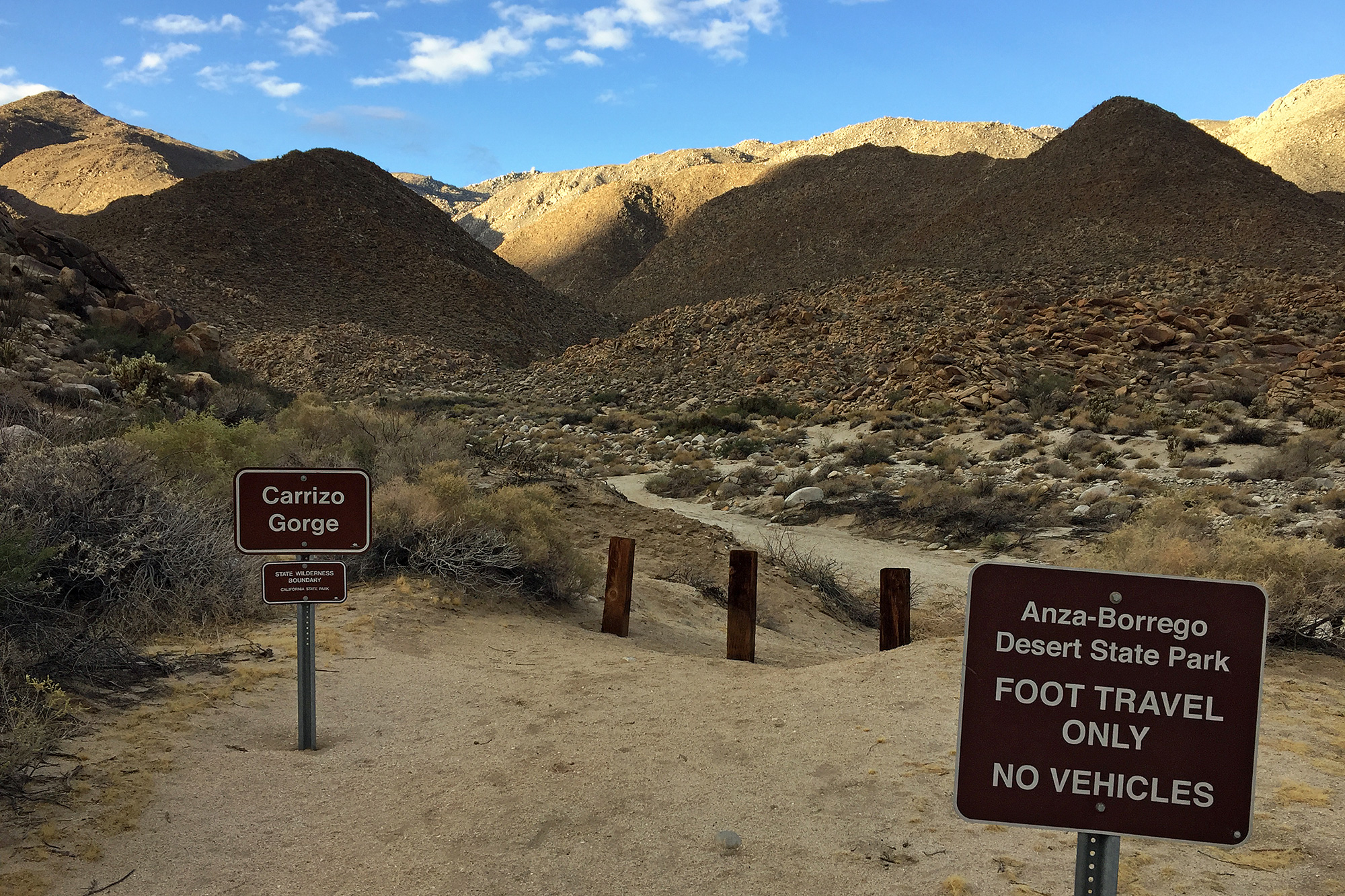 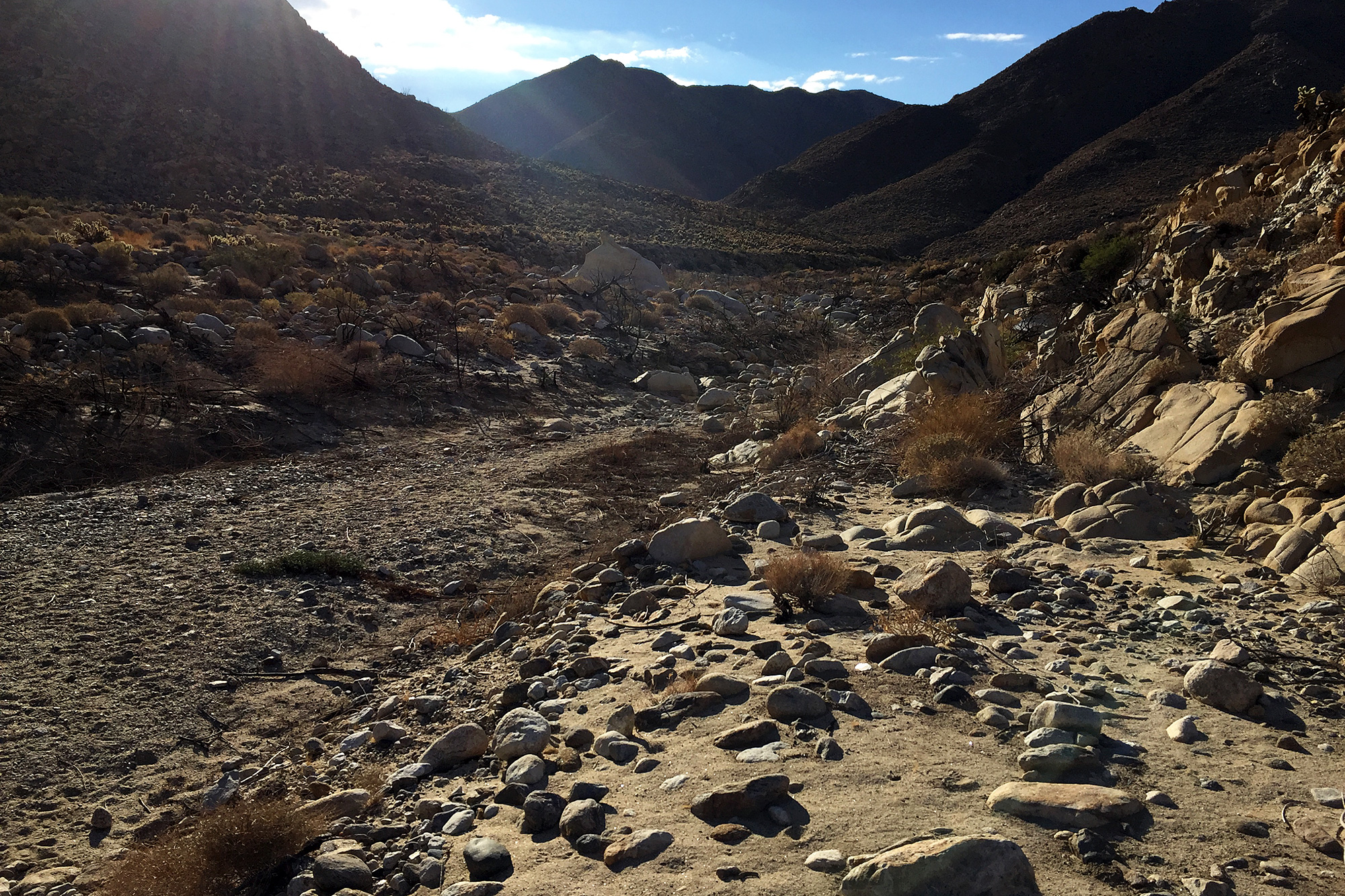 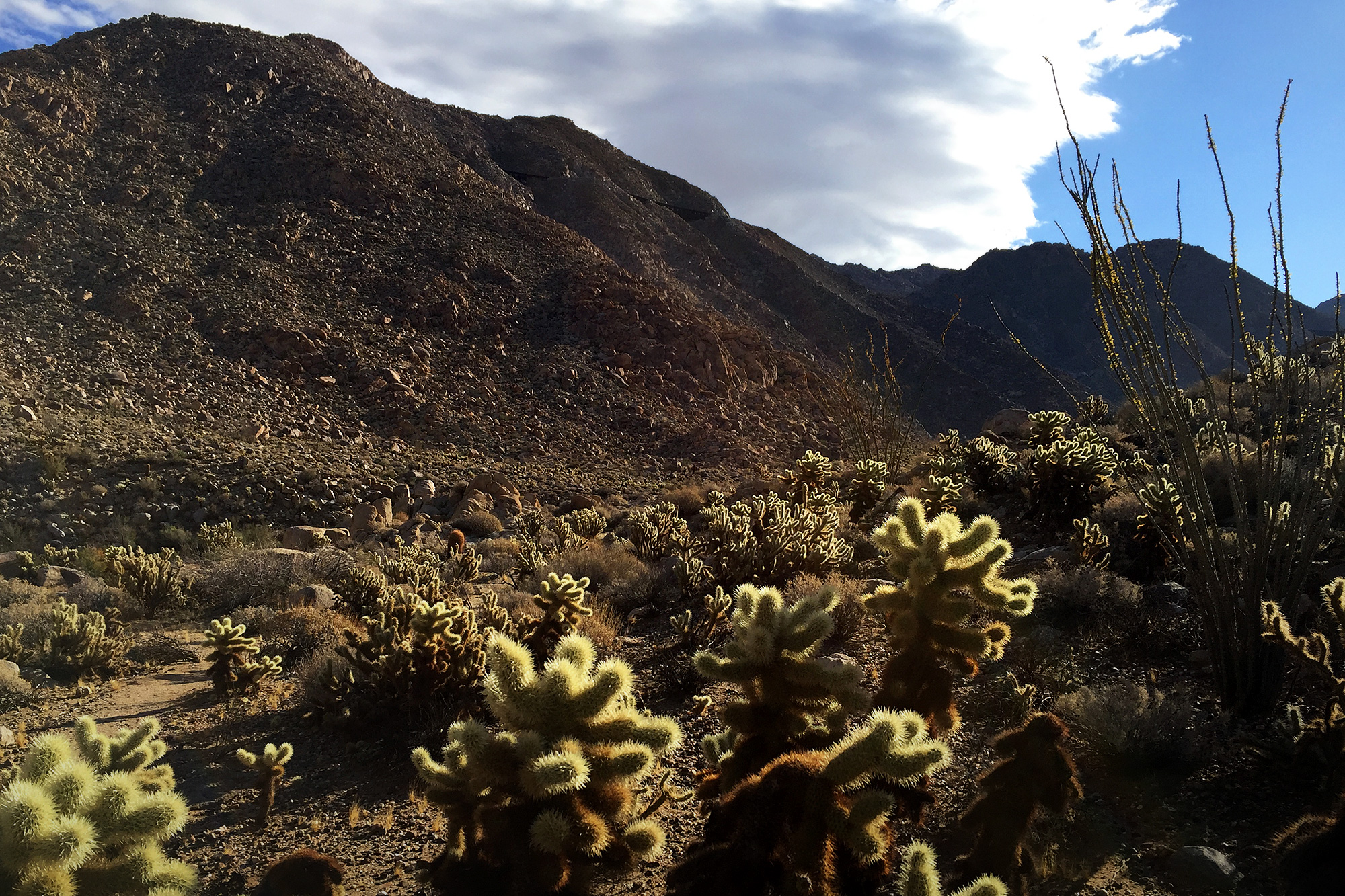 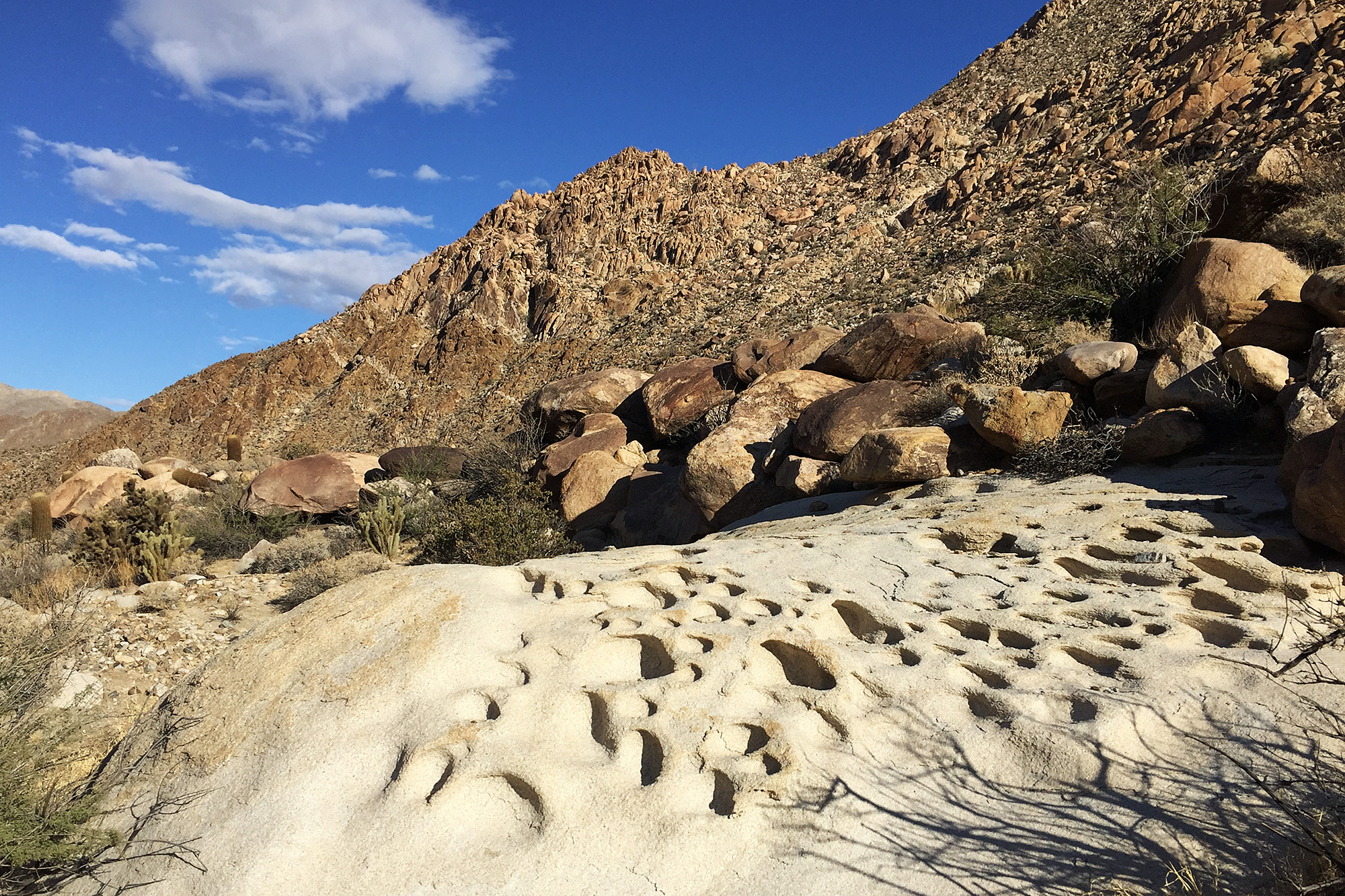 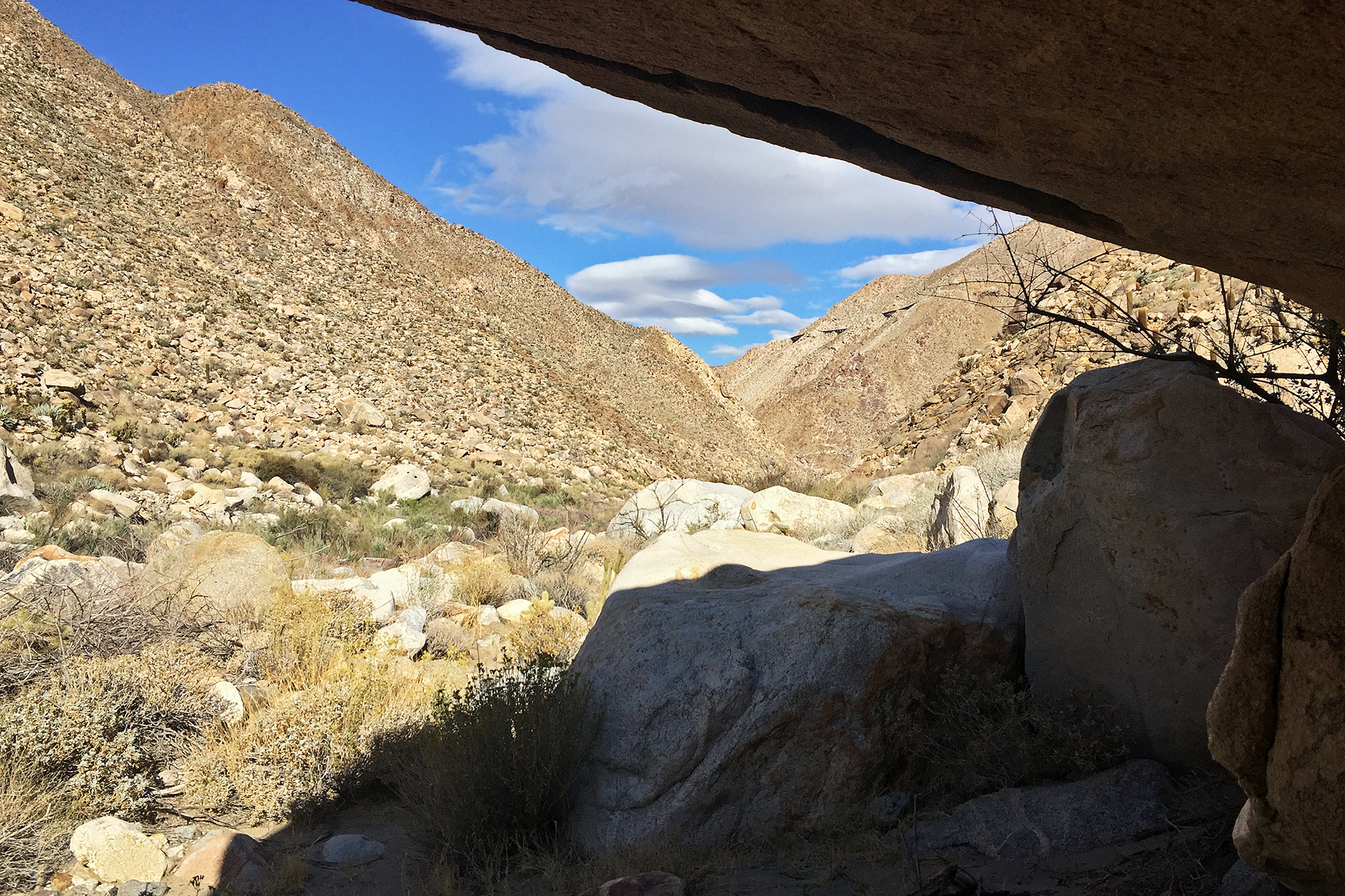 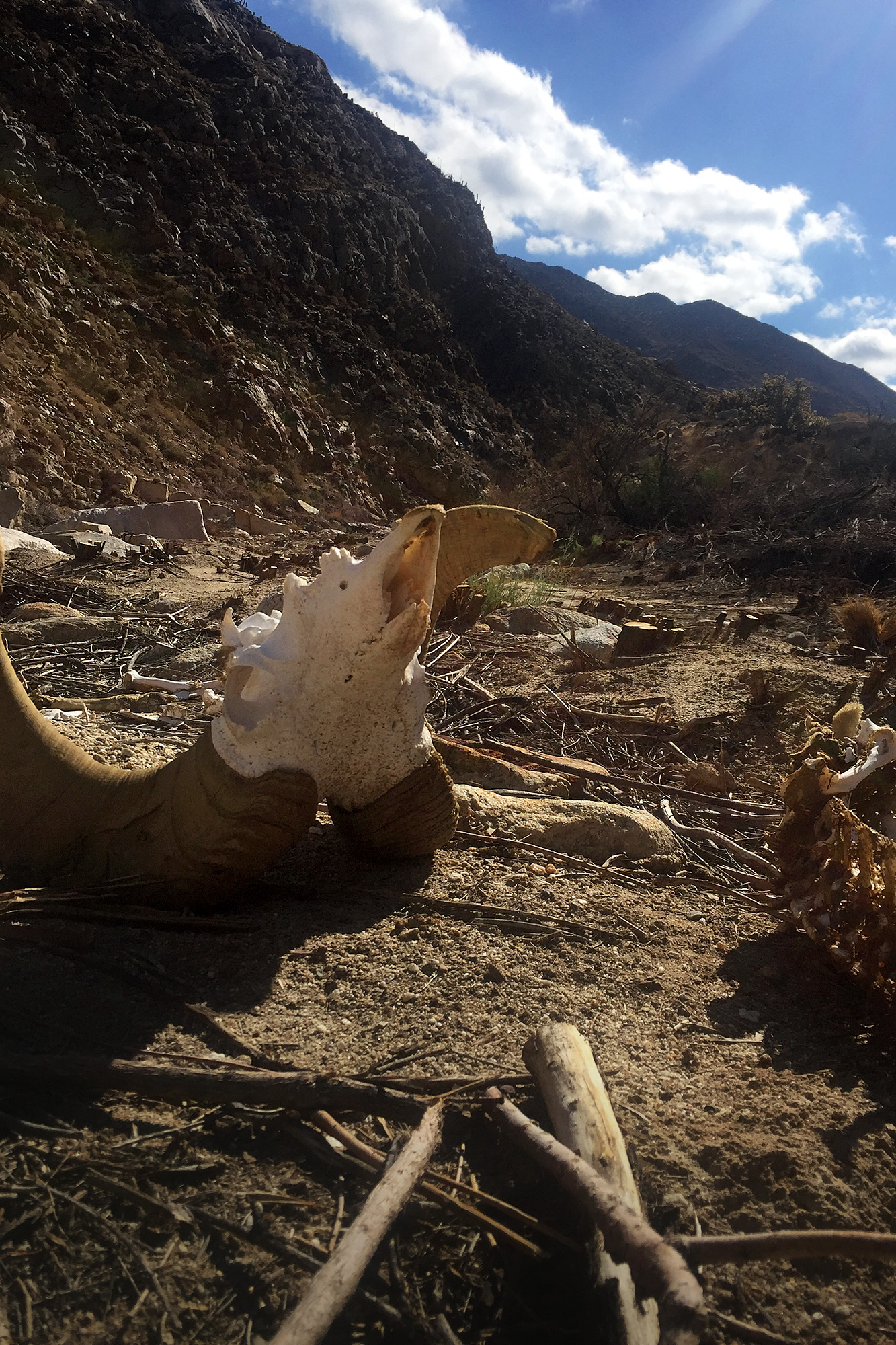 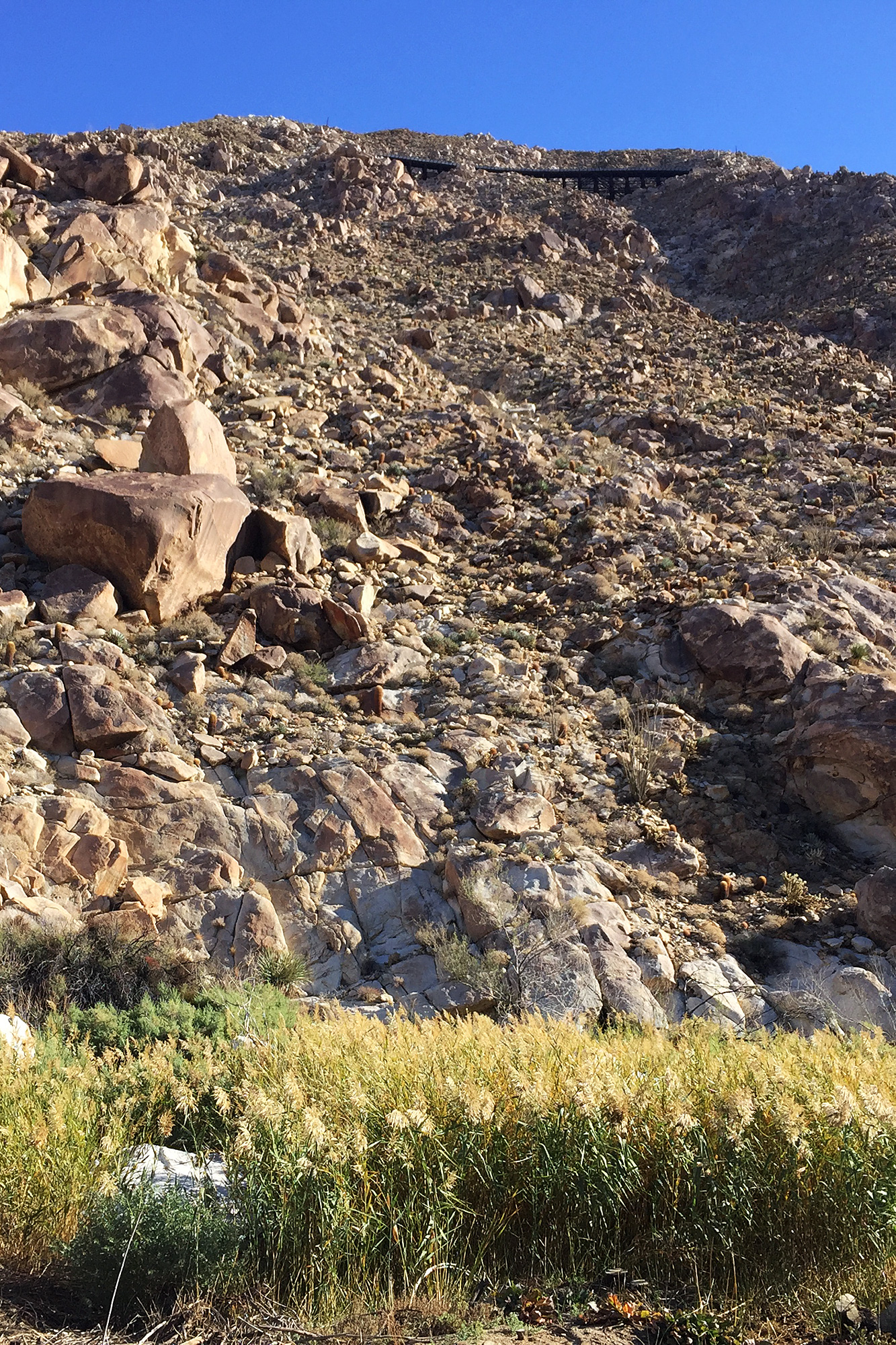 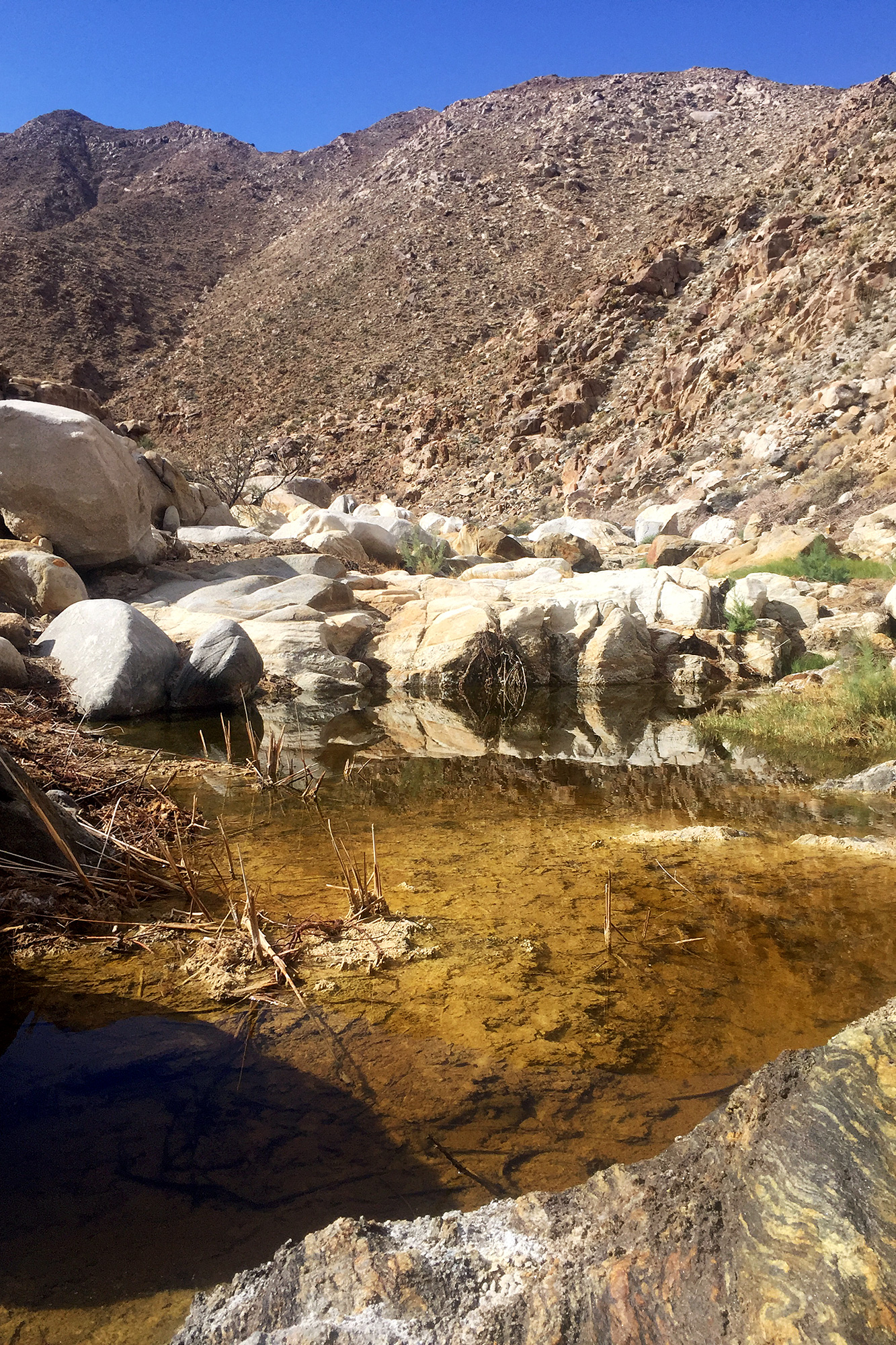 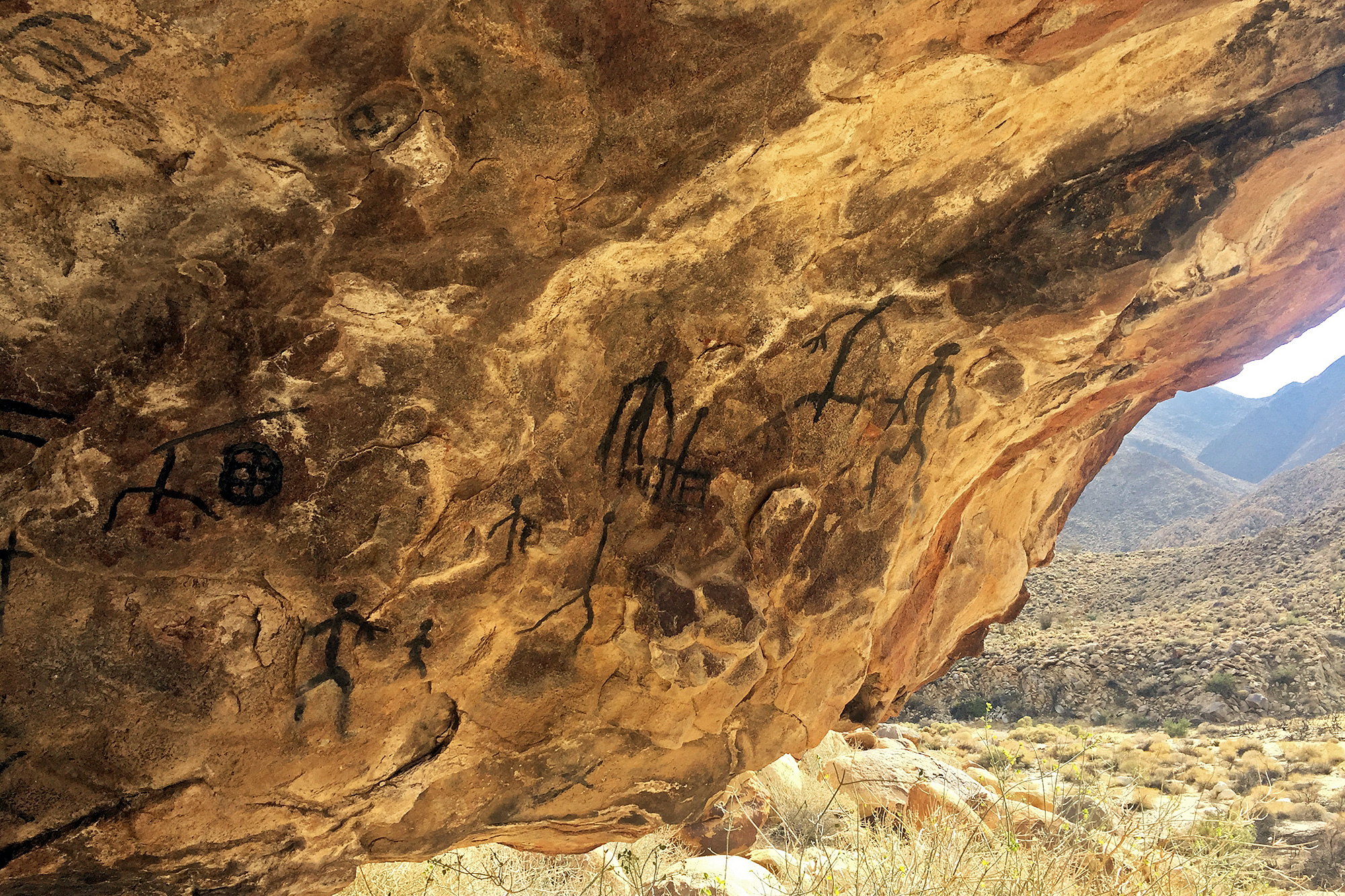 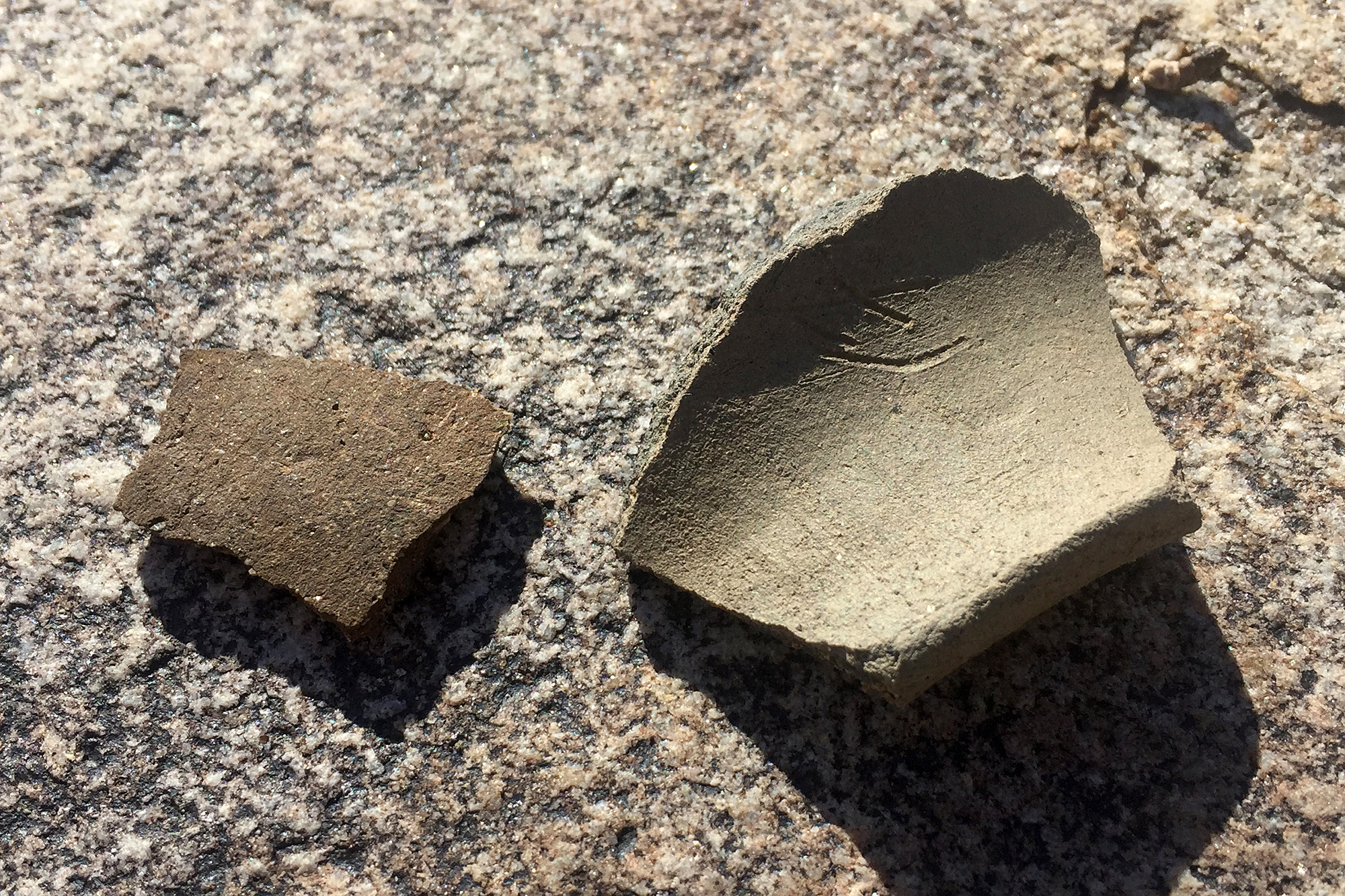 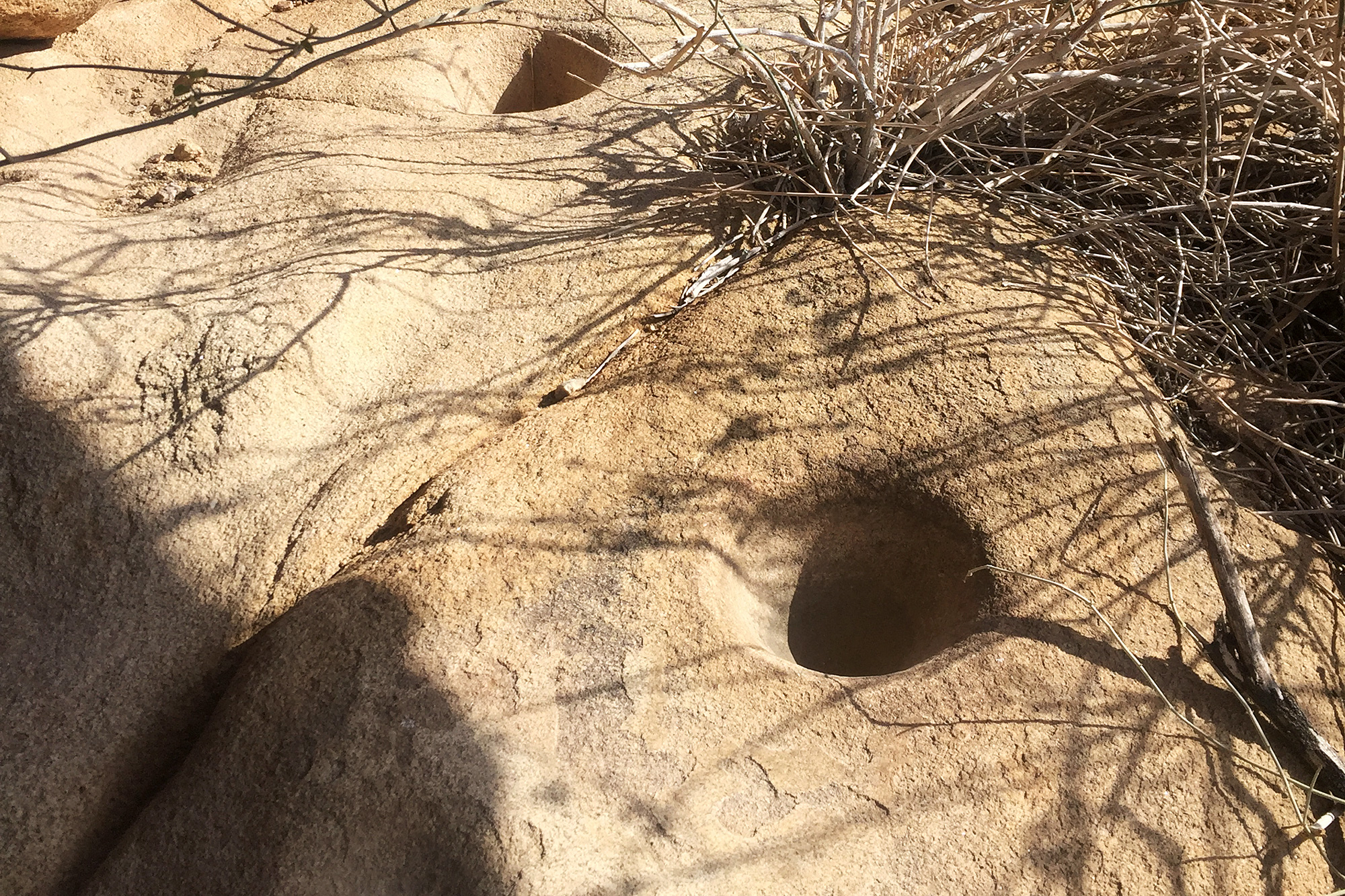 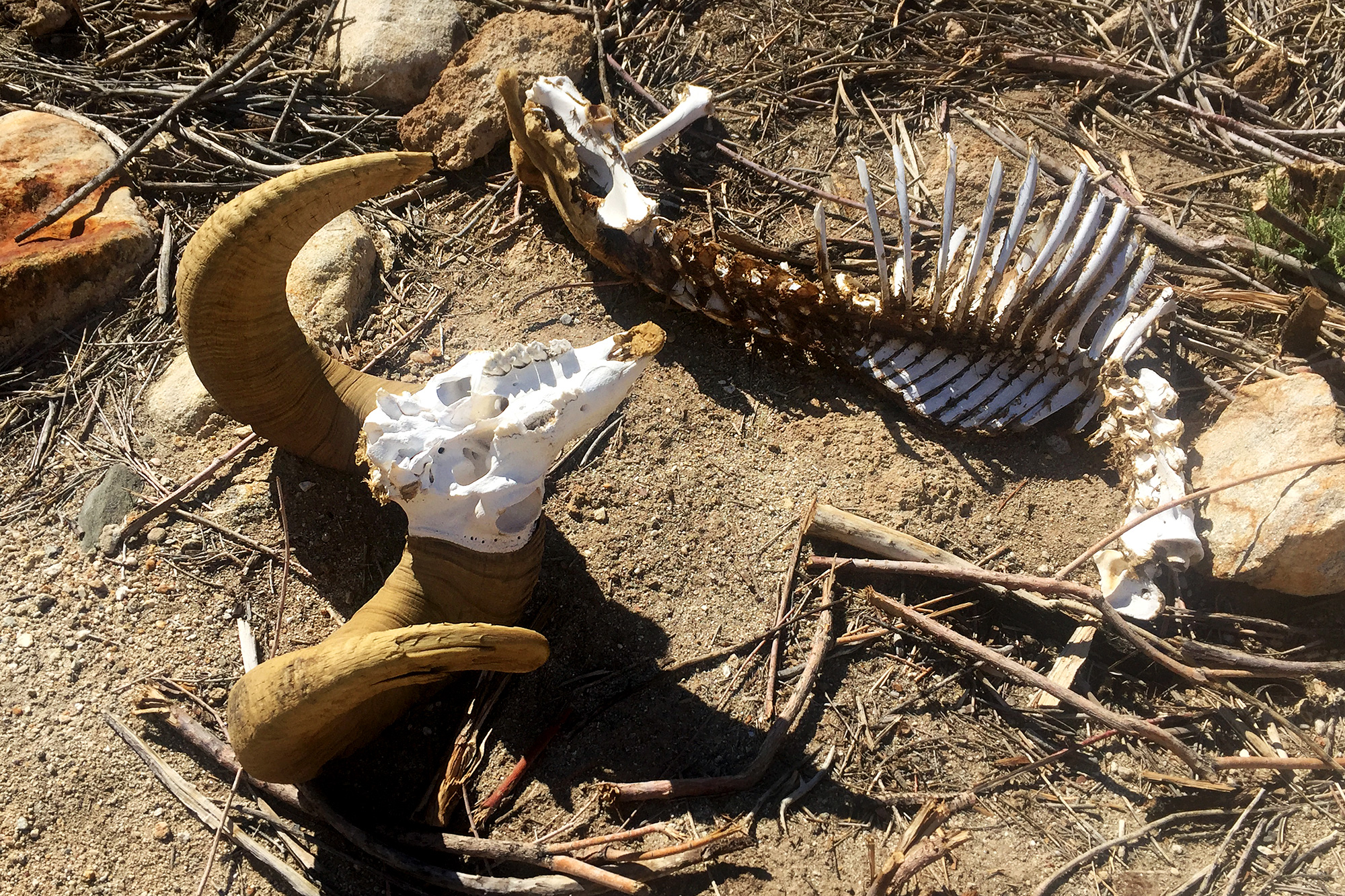 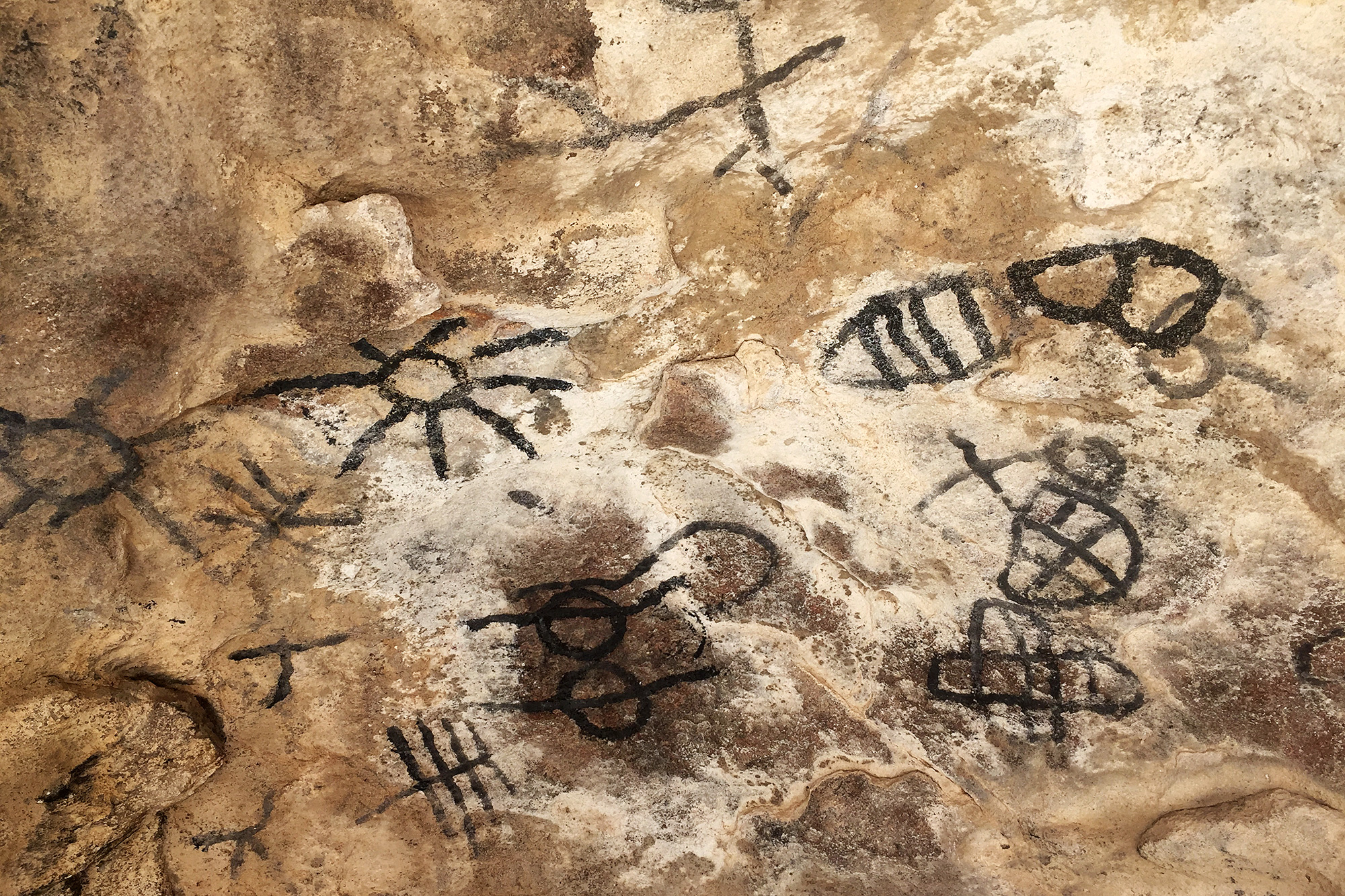 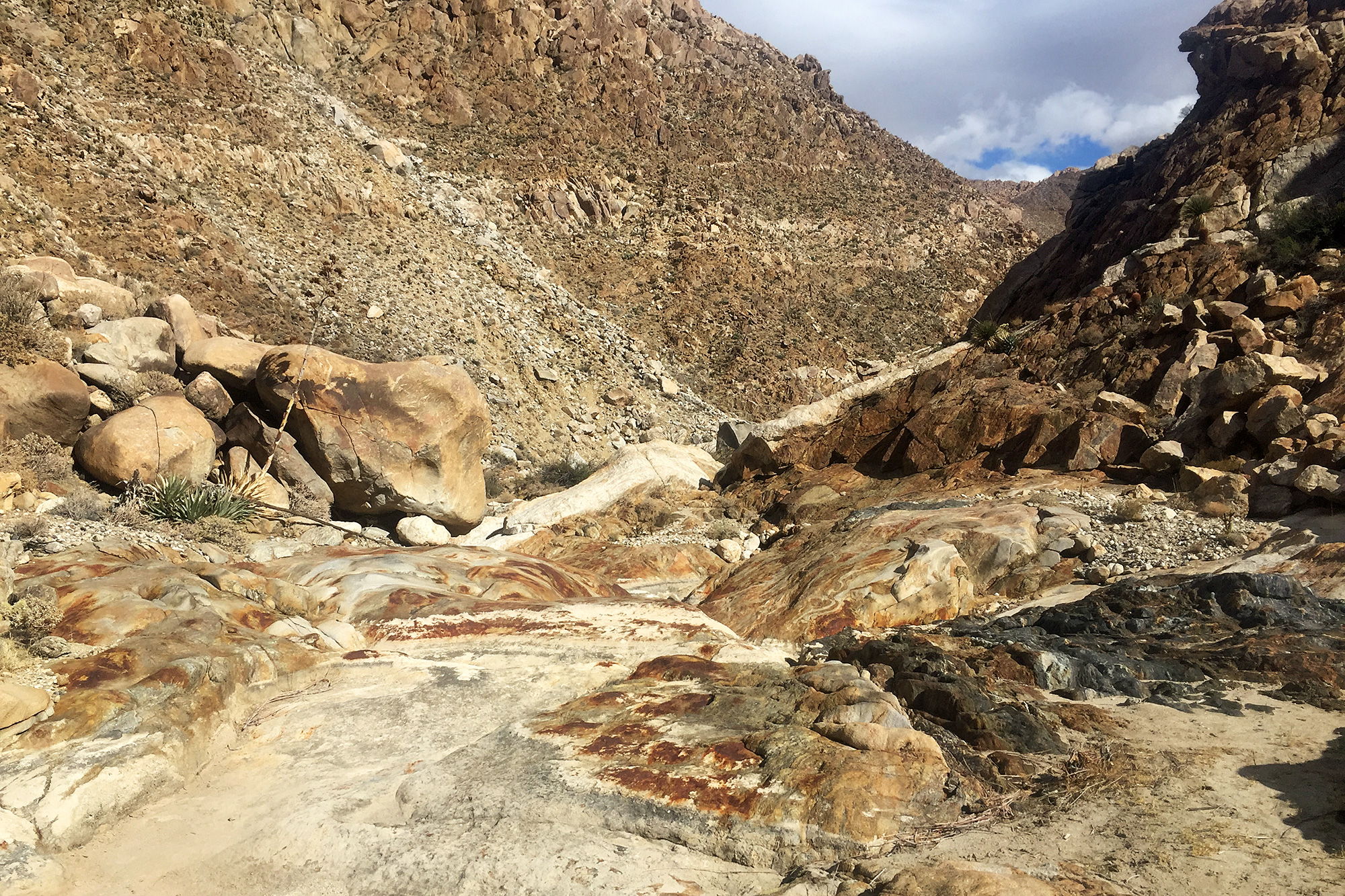 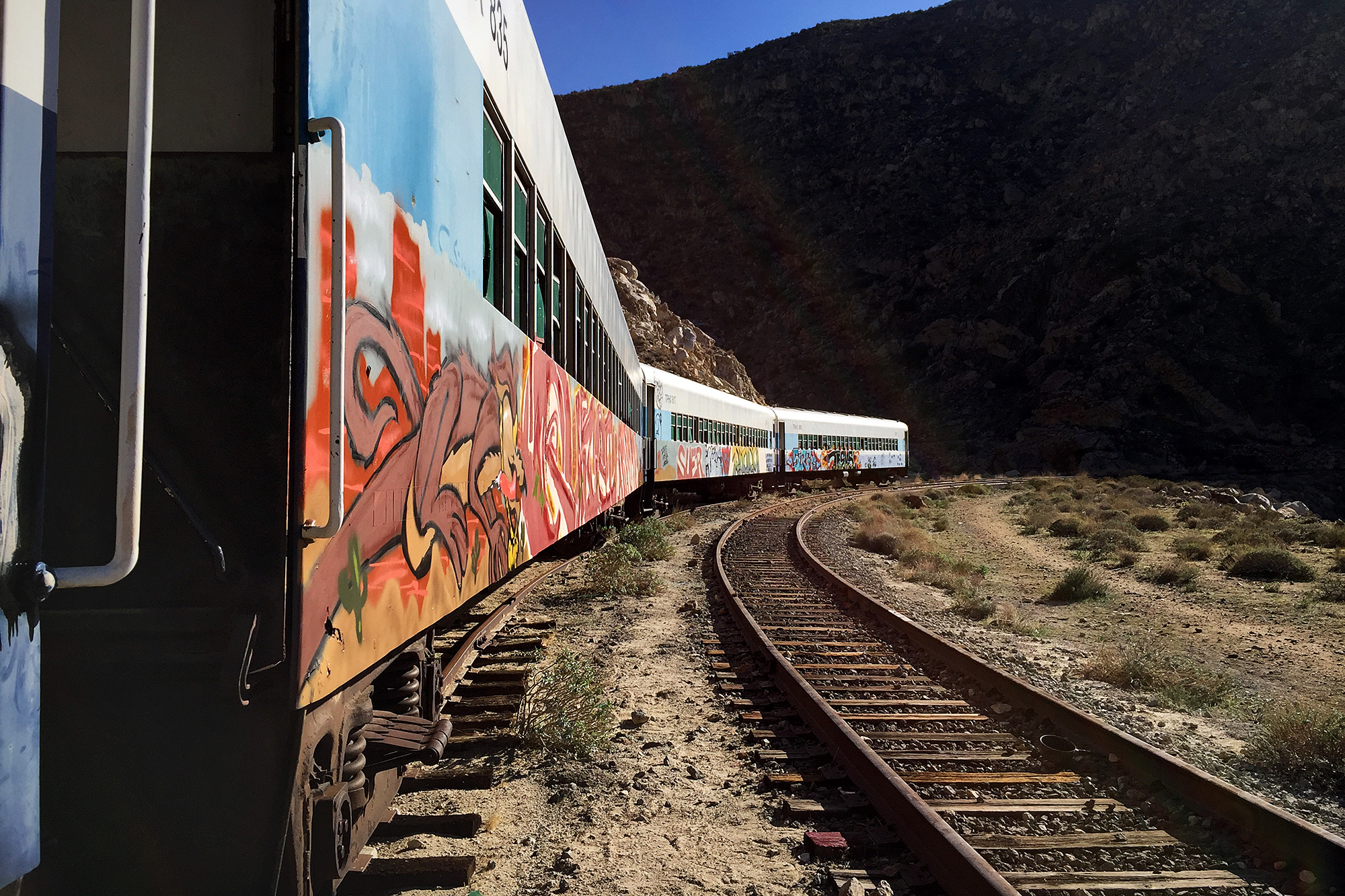 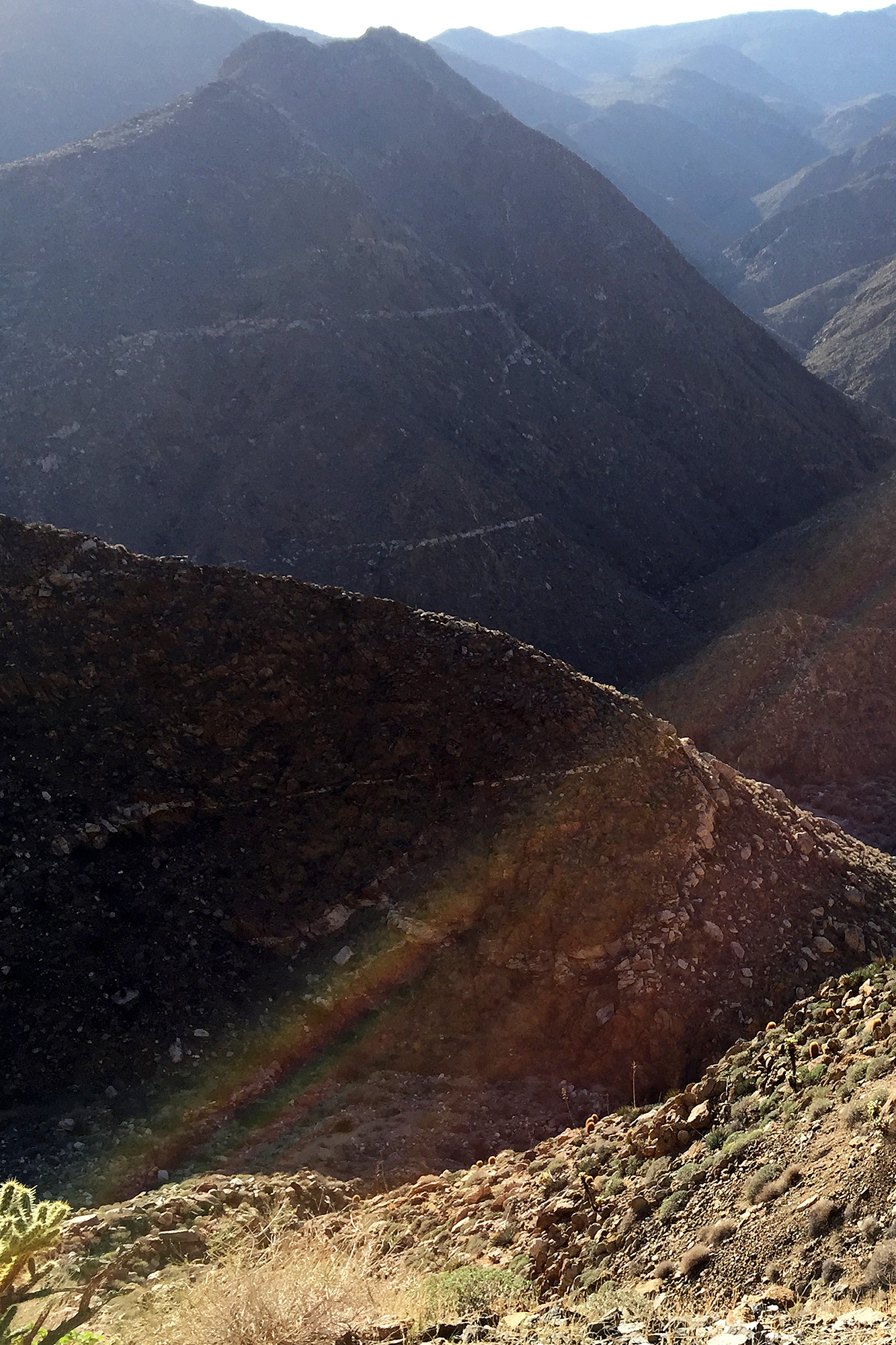 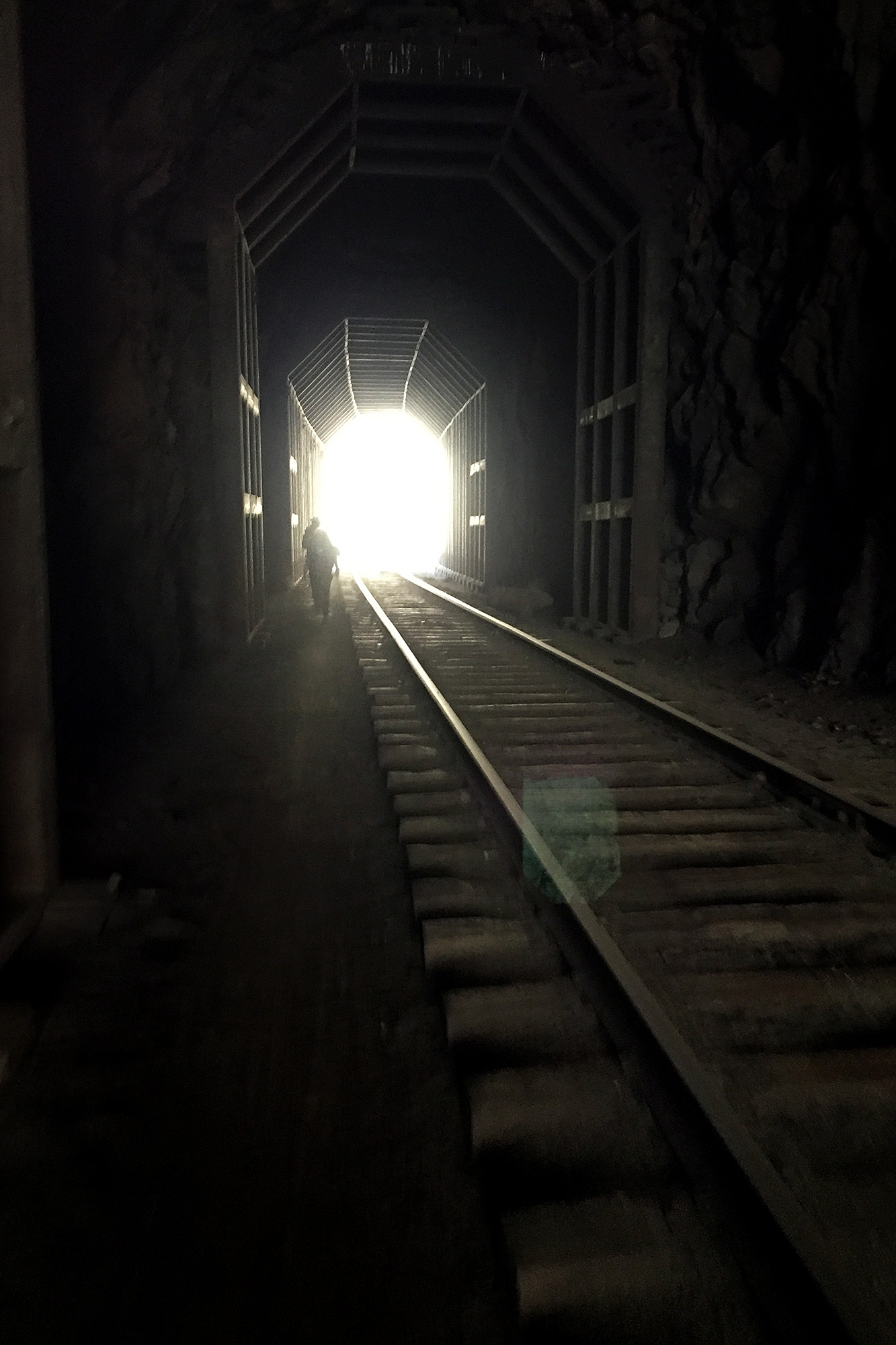 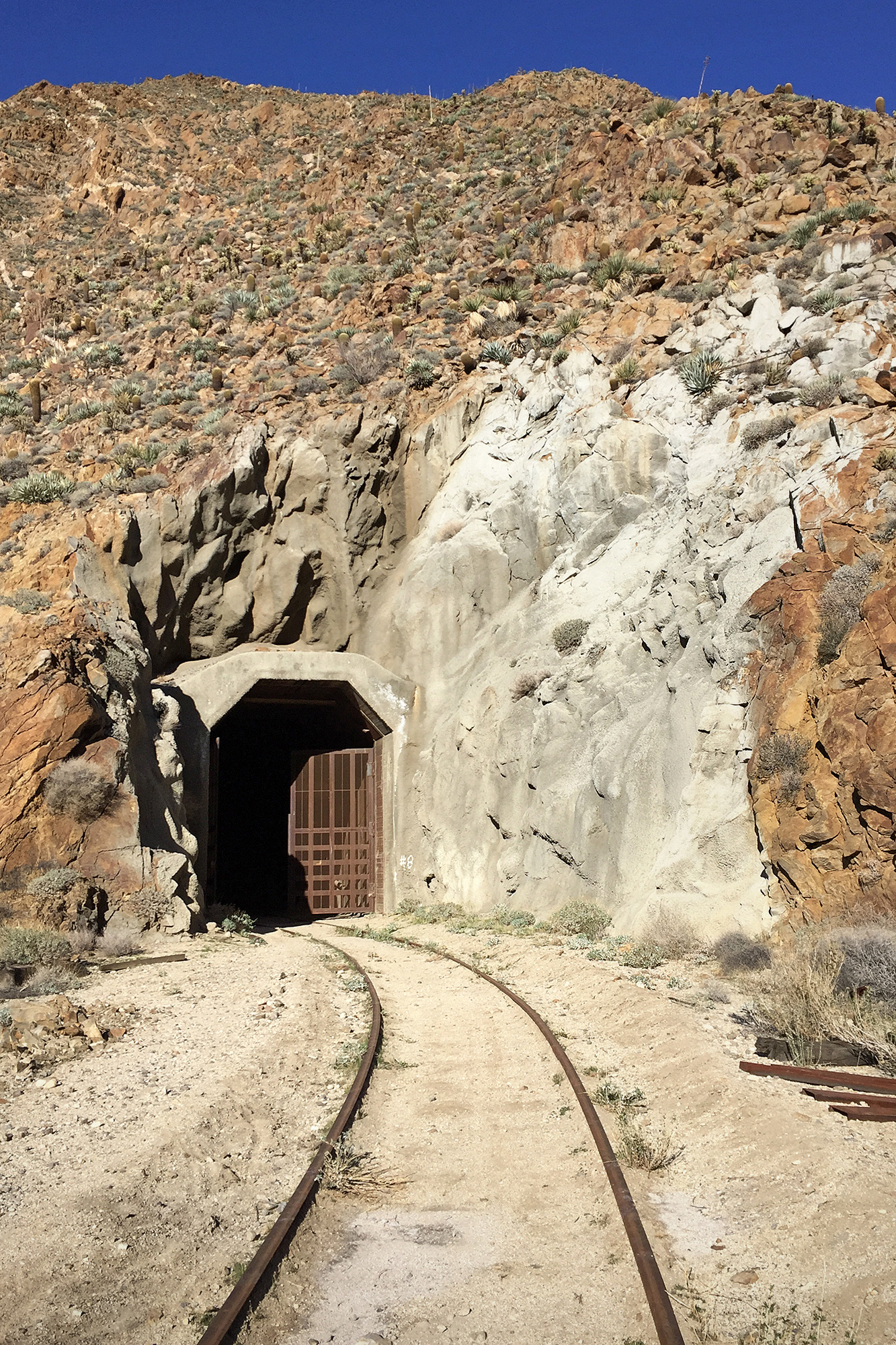 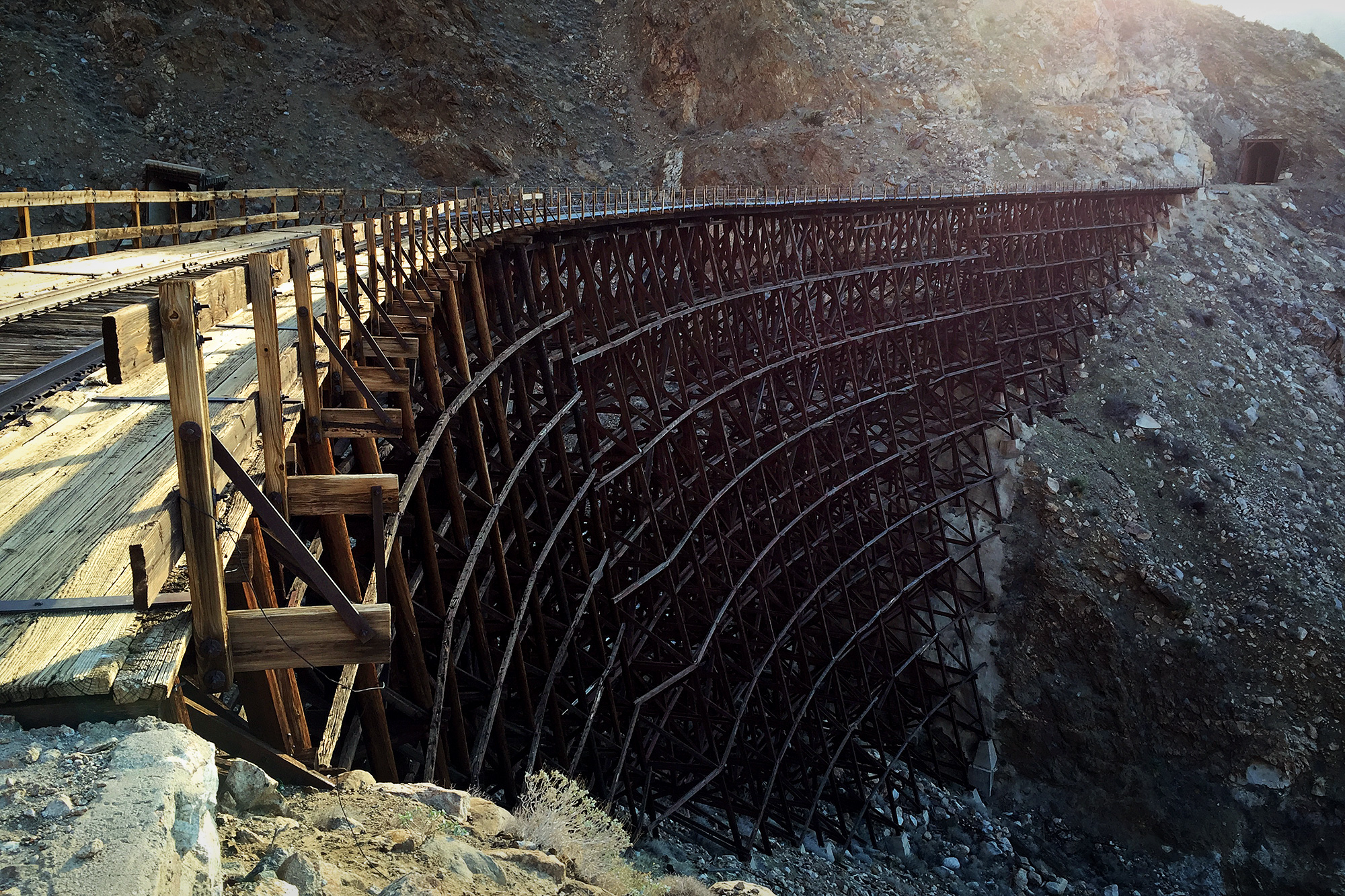 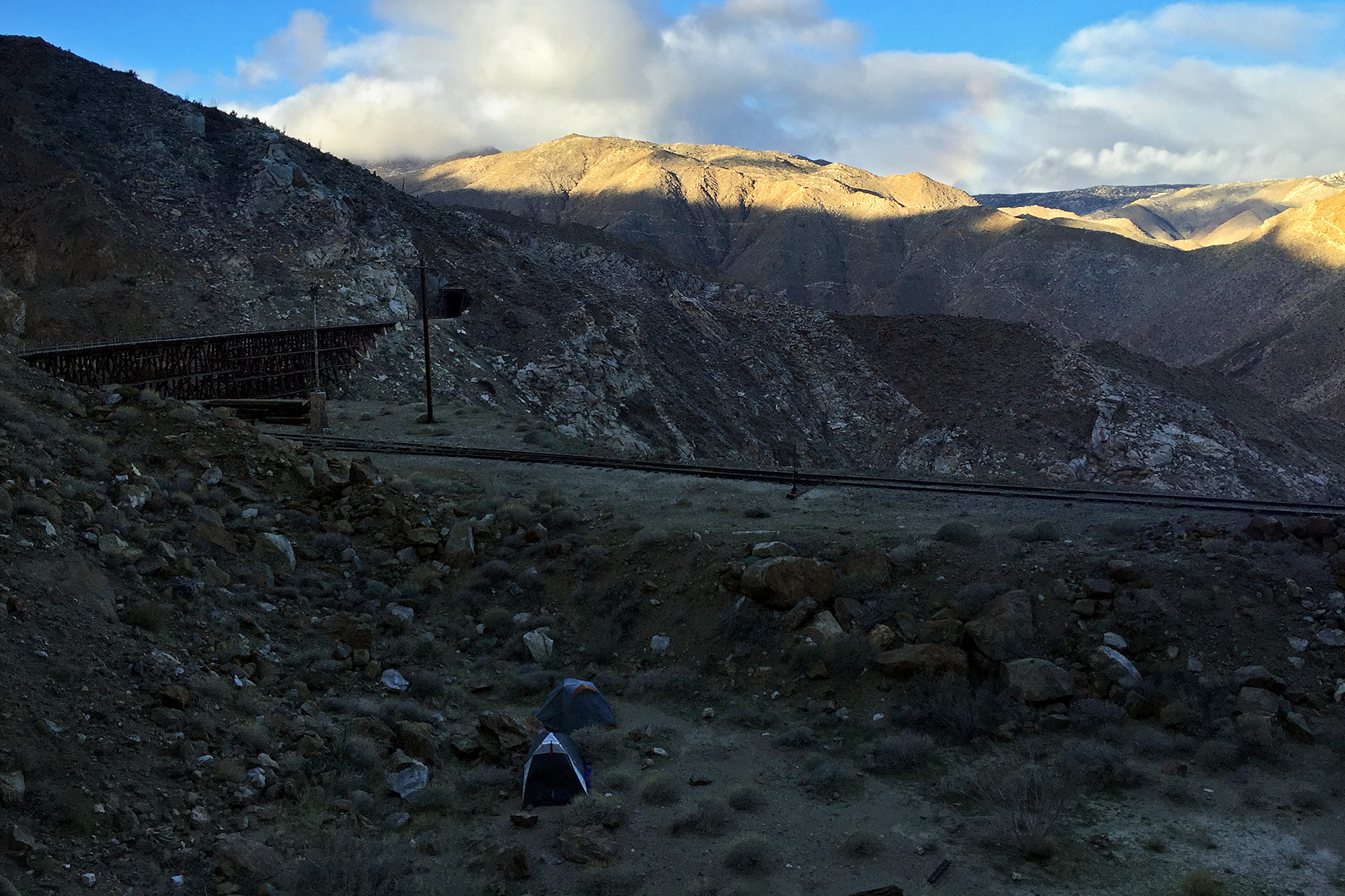 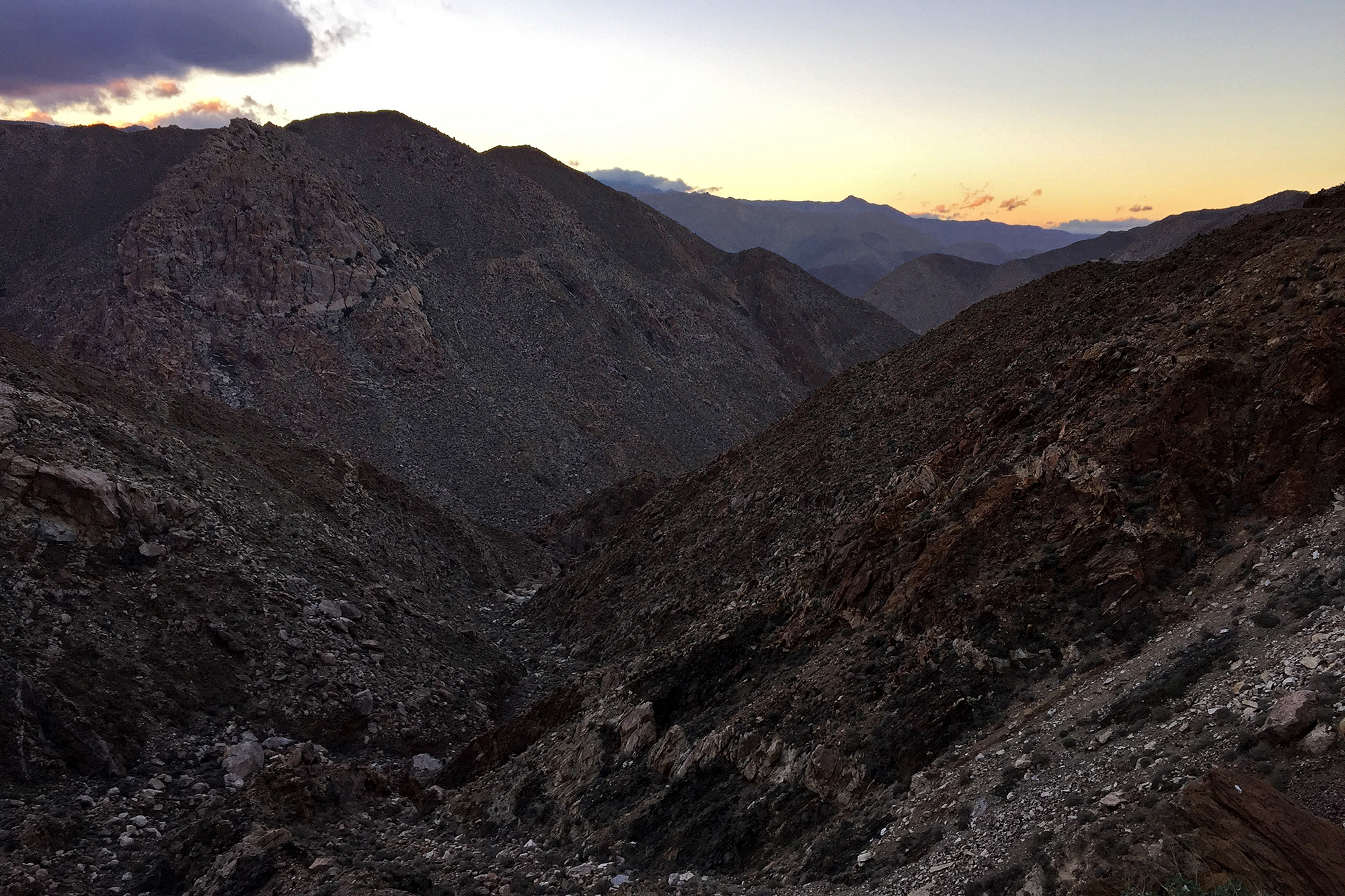 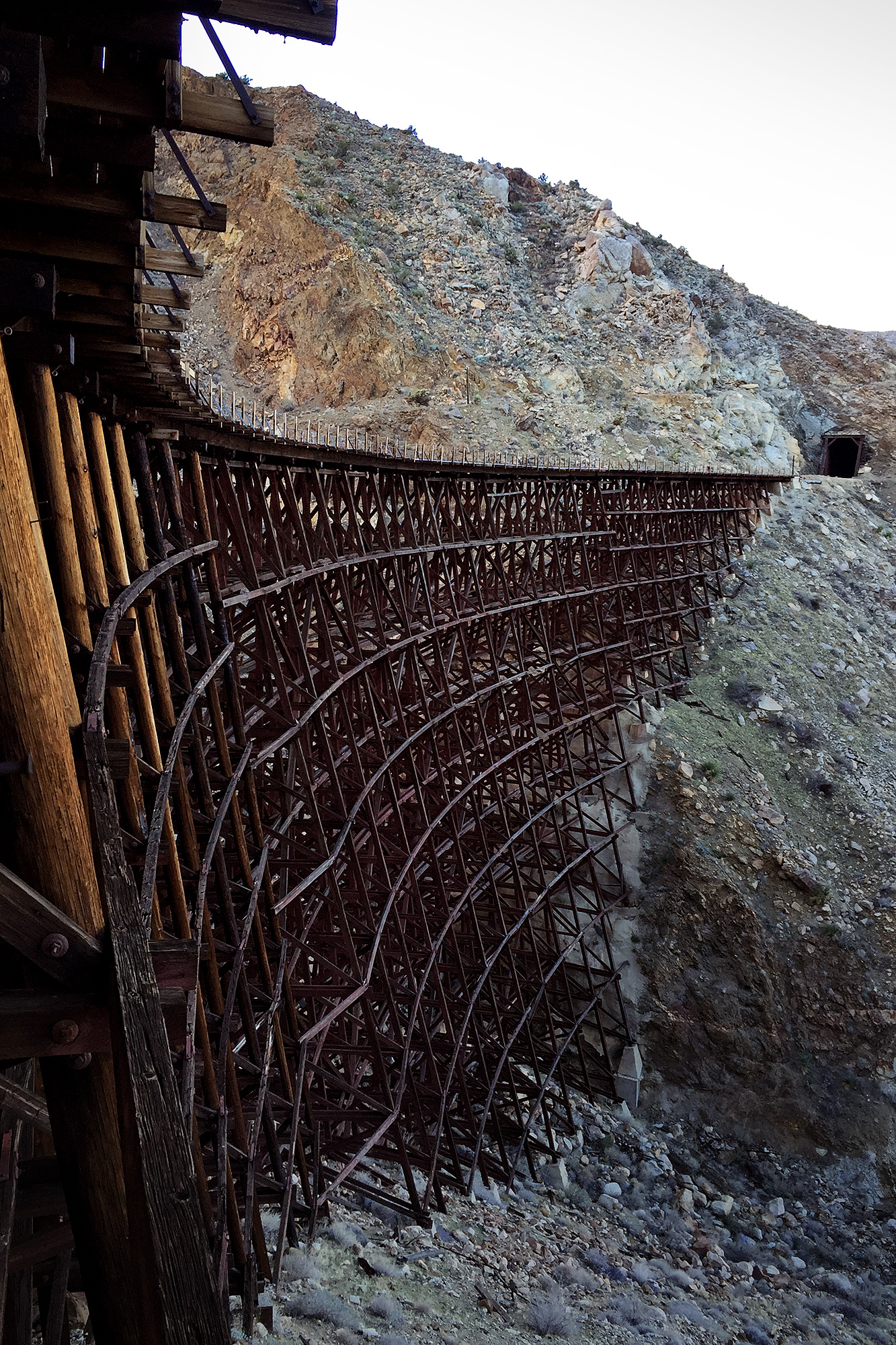 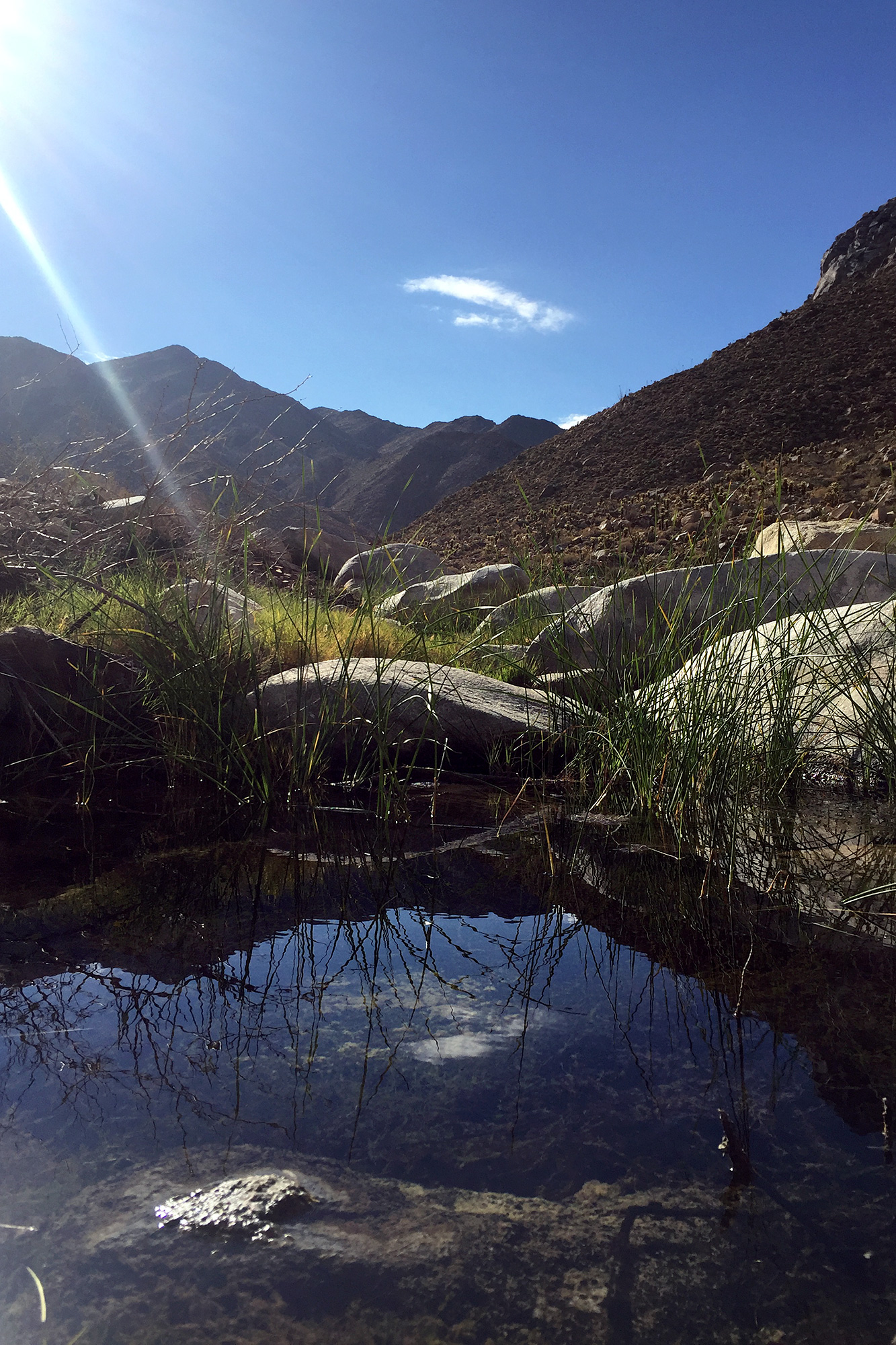 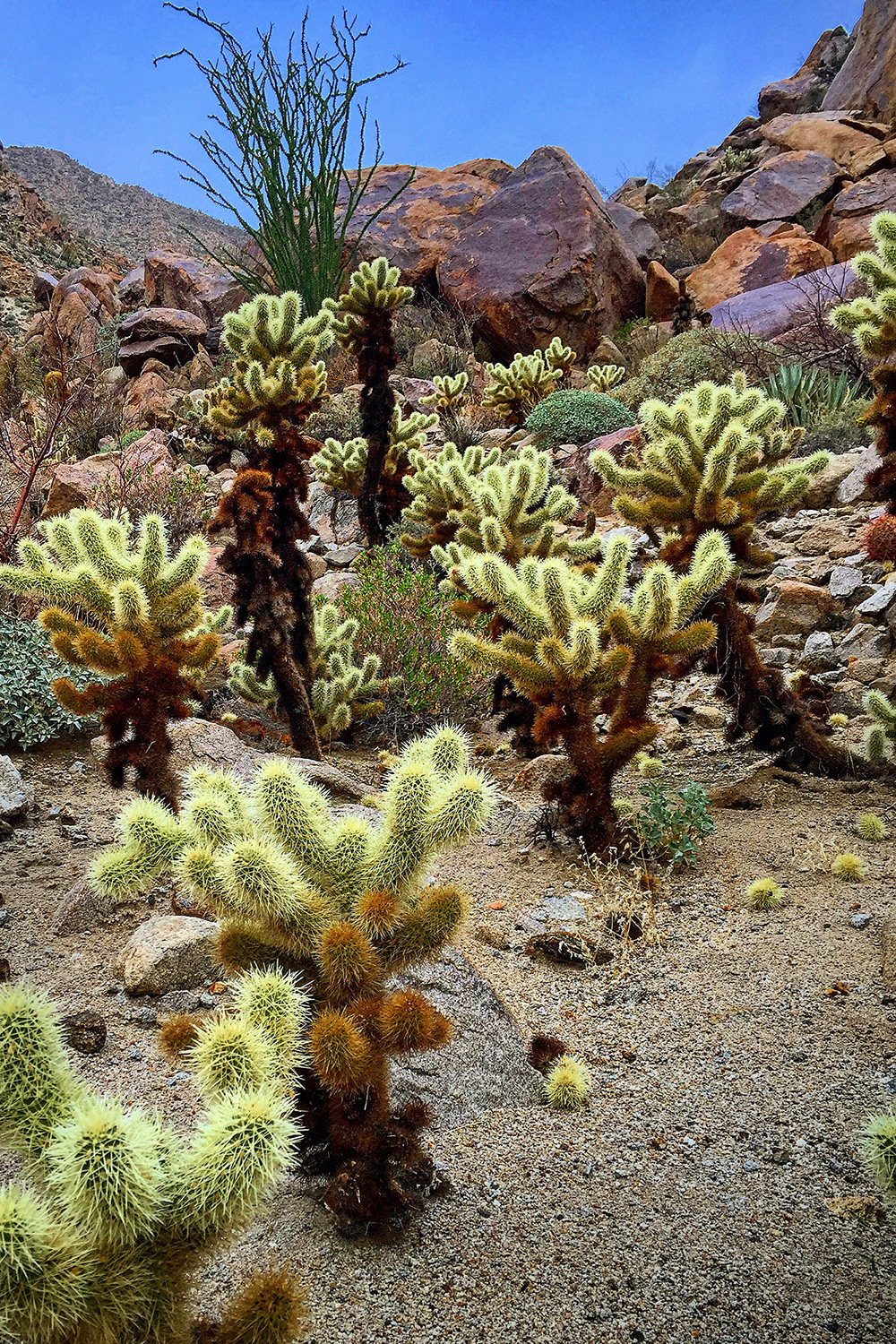 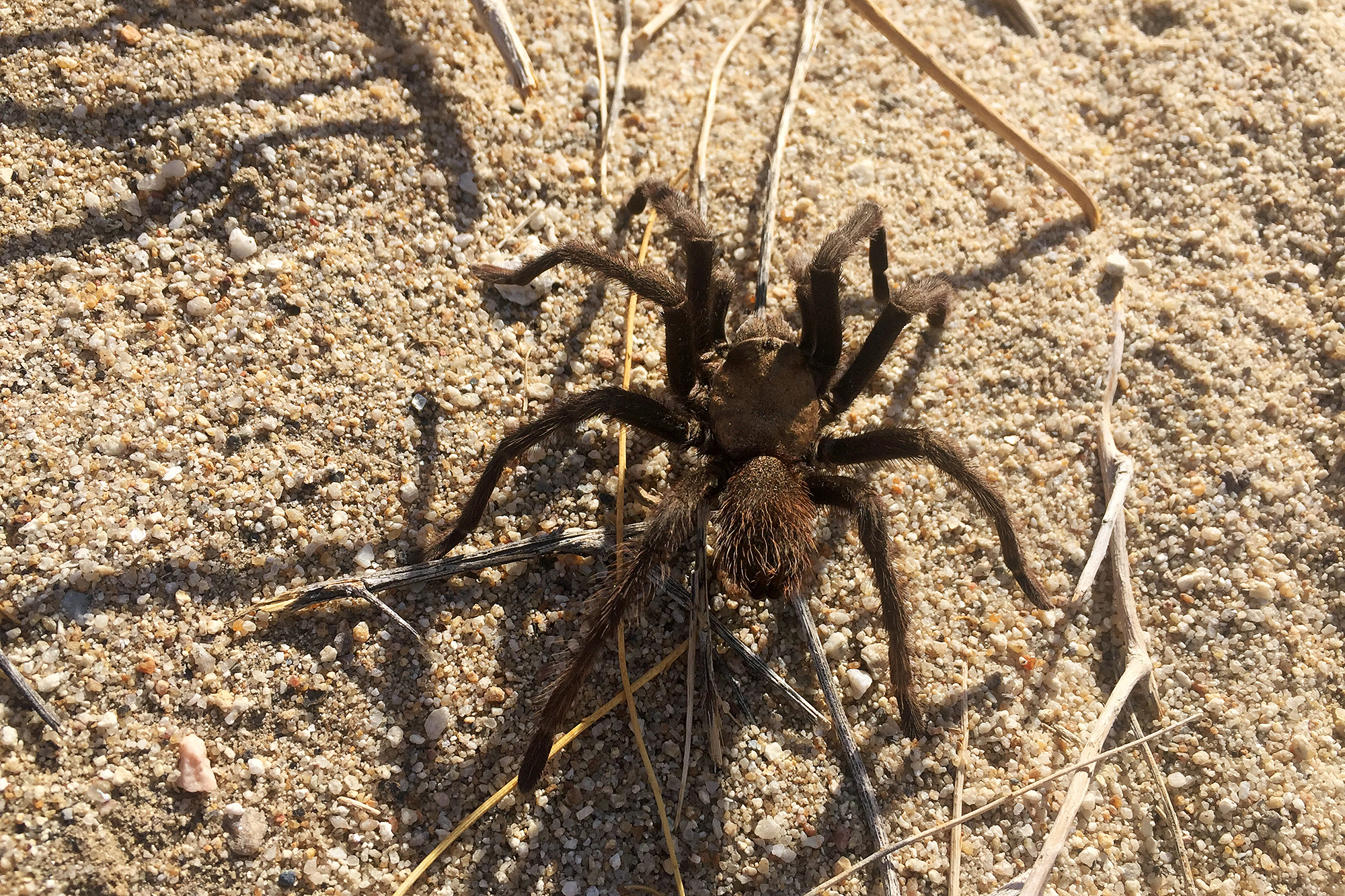 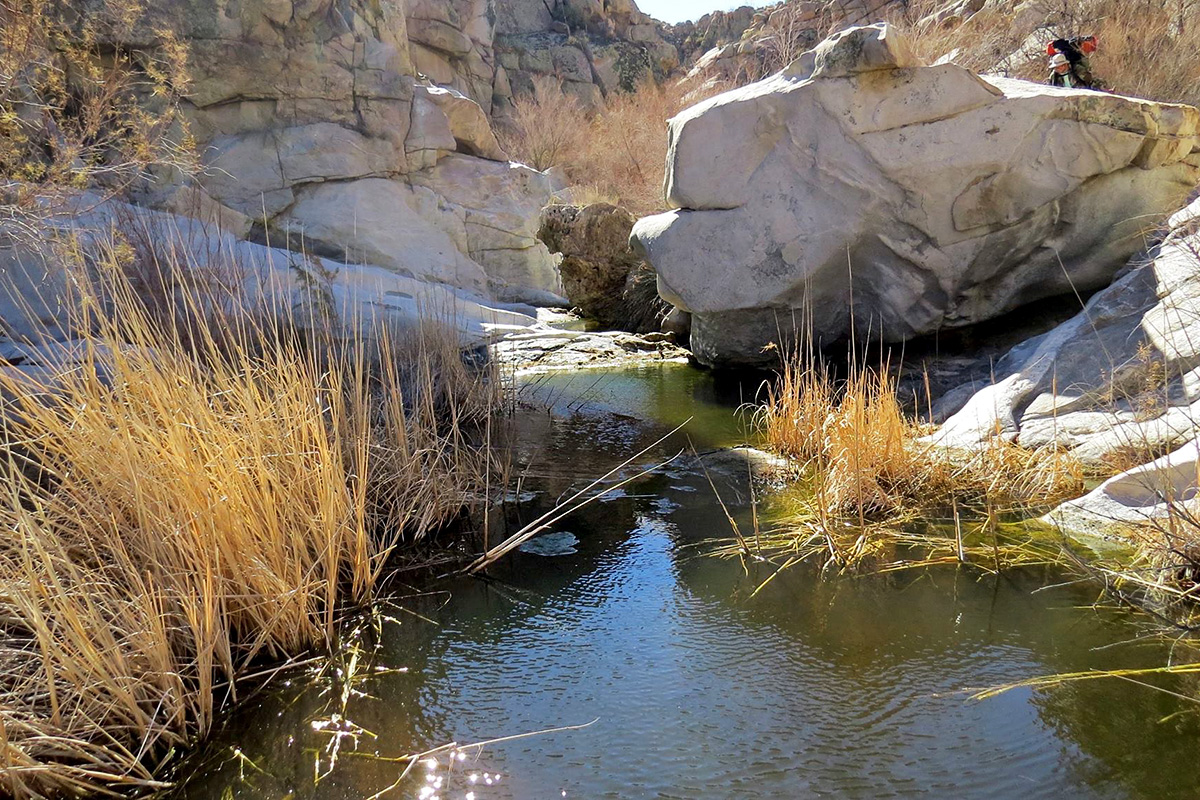 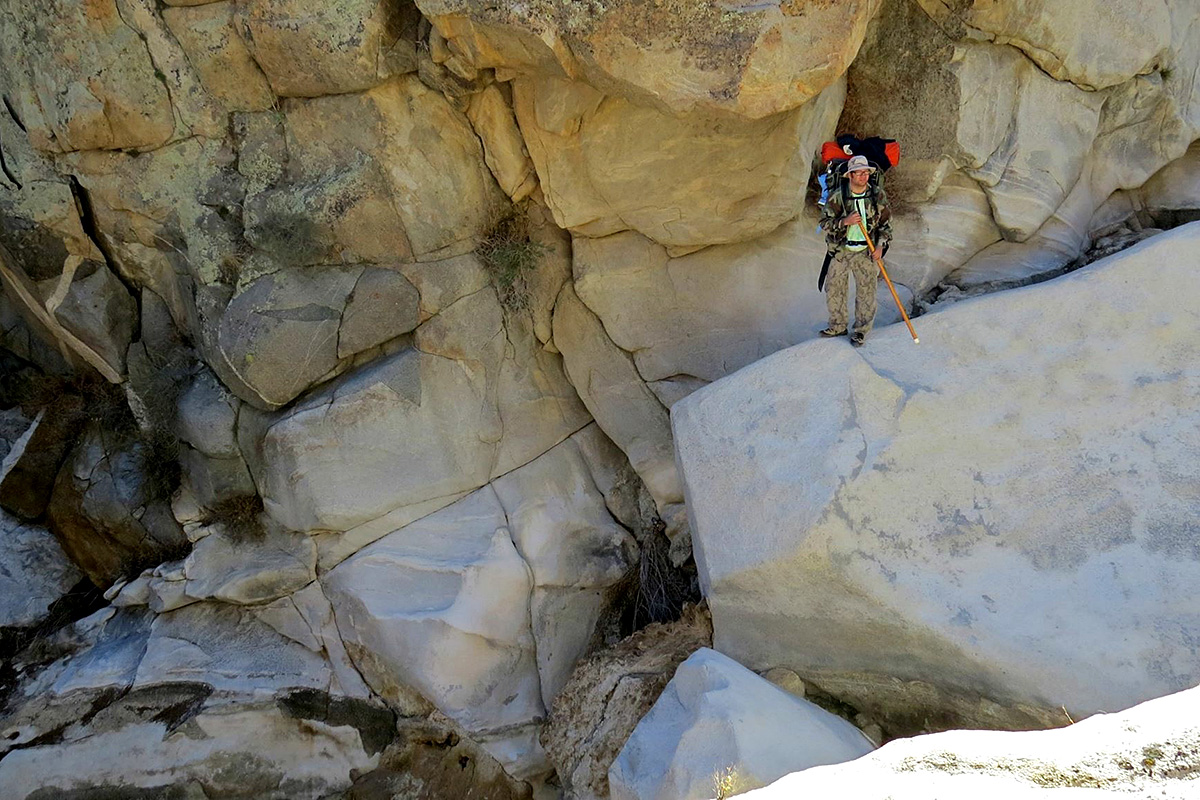 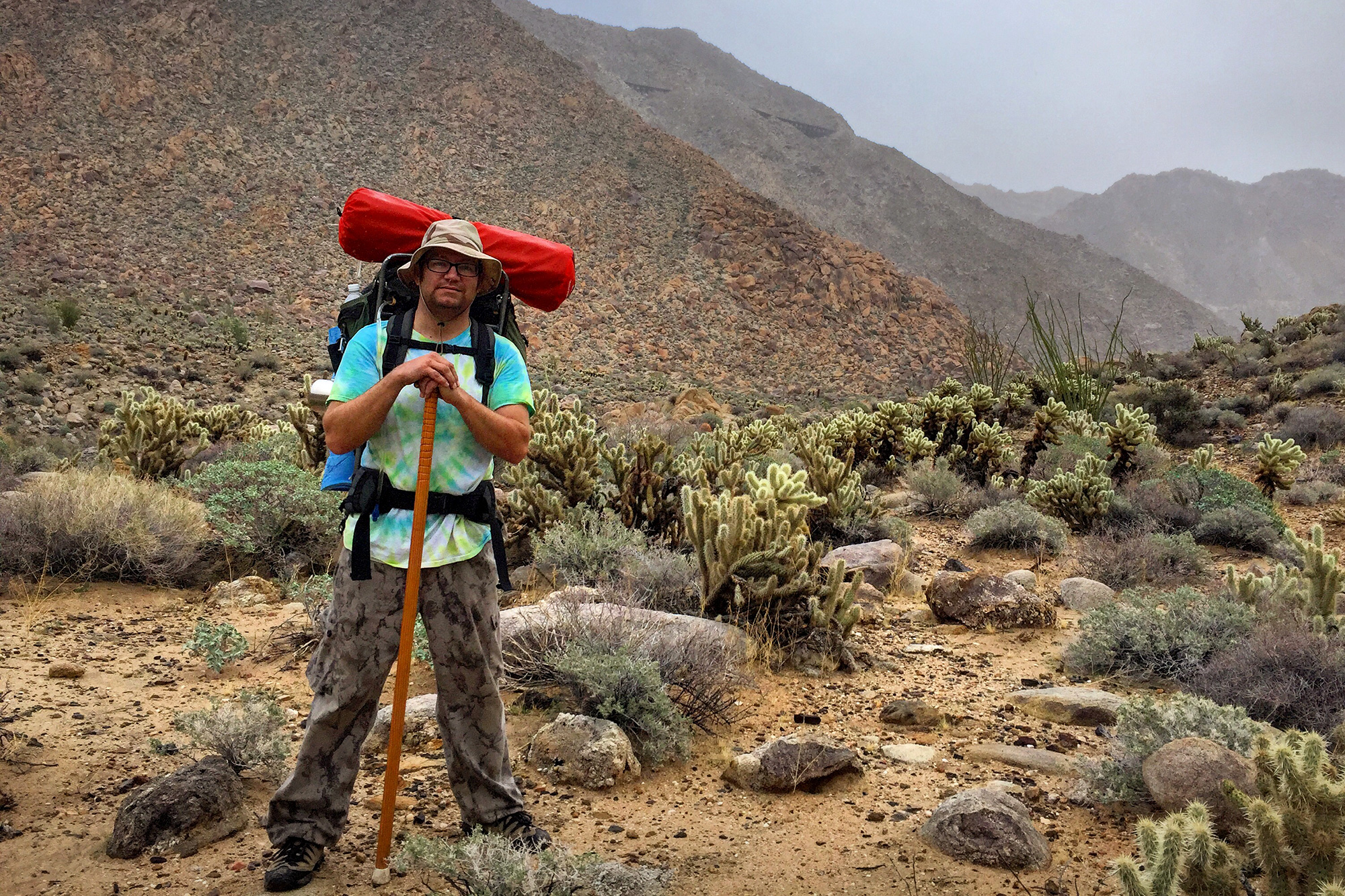 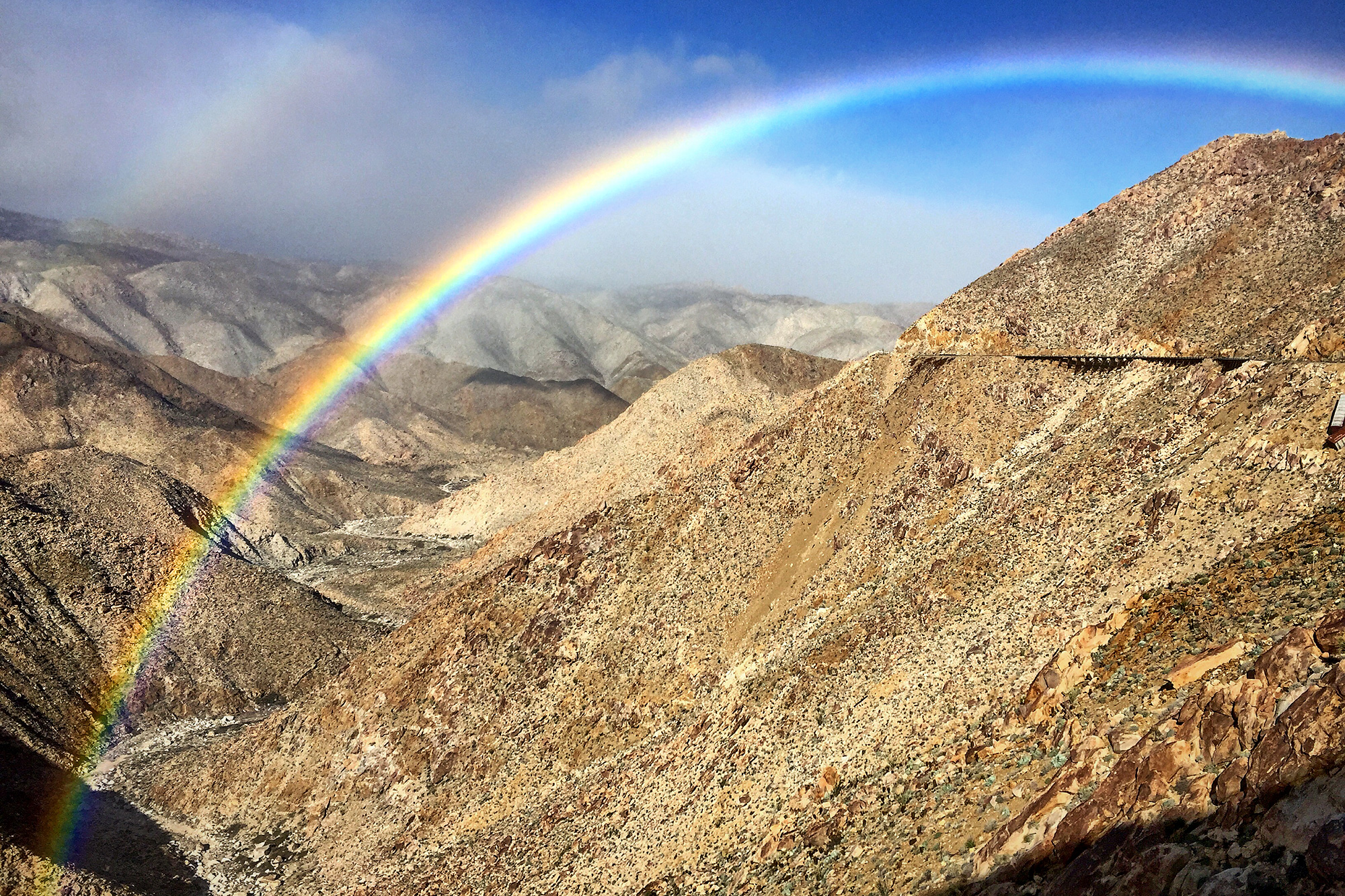